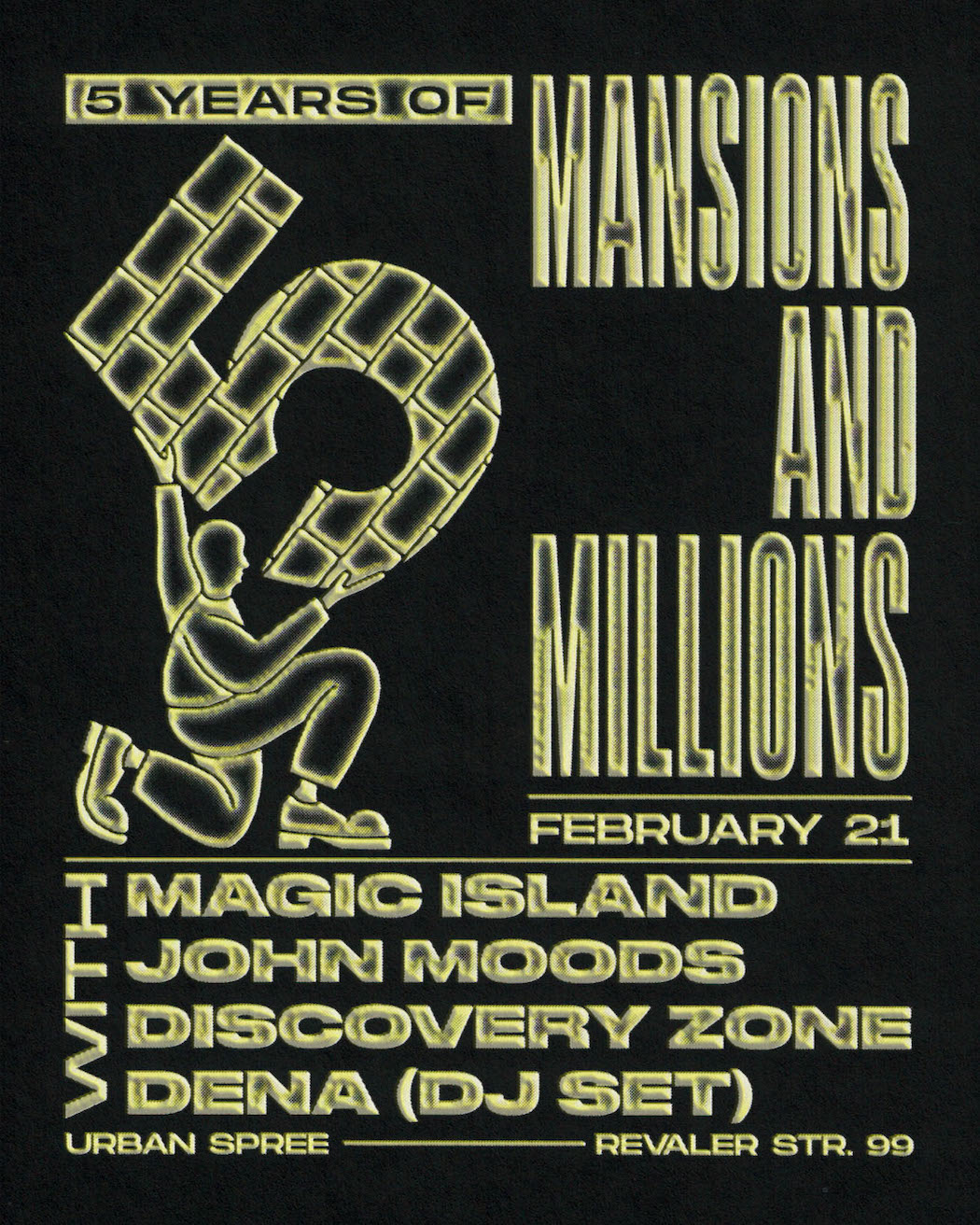 Mansions and Millions, the independent record label, management and PR agency based in Berlin-Neukölln, celebrates its five year anniversary with a special show featuring live sets by singer-songwriter Magic Island, John Moods (solo project of Jonathan Jarzyna from the band Fenster), Discovery Zone (solo project of JJ Weihl, one of the founding members Fenster), and singer-songwriter and producer DENA will DJ in between and after the live sets. The show will take place at Urban Spree on Friday, 21 February from 20:00 and you can win tickets by emailing win@kaltblut-magazine.com

Founder Anton Teichmann shares his M&M story: “I started Mansions and Millions five years ago because I met this talented group of friends in Neukölln who didn’t have any form of distribution or music industry connections yet and I’ve had the idea to do my own thing for a bit after I had been working at other Berlin based labels. A lot of them played with either Sean Nicholas Savage or Touchy Mob, these two guys have been at the center of this relatively young scene. Since then I’ve been really lucky being surrounded by these inspiring people who keep coming up with amazing new music. The scene grew over the years and I’m looking forward to all the things in the near future”