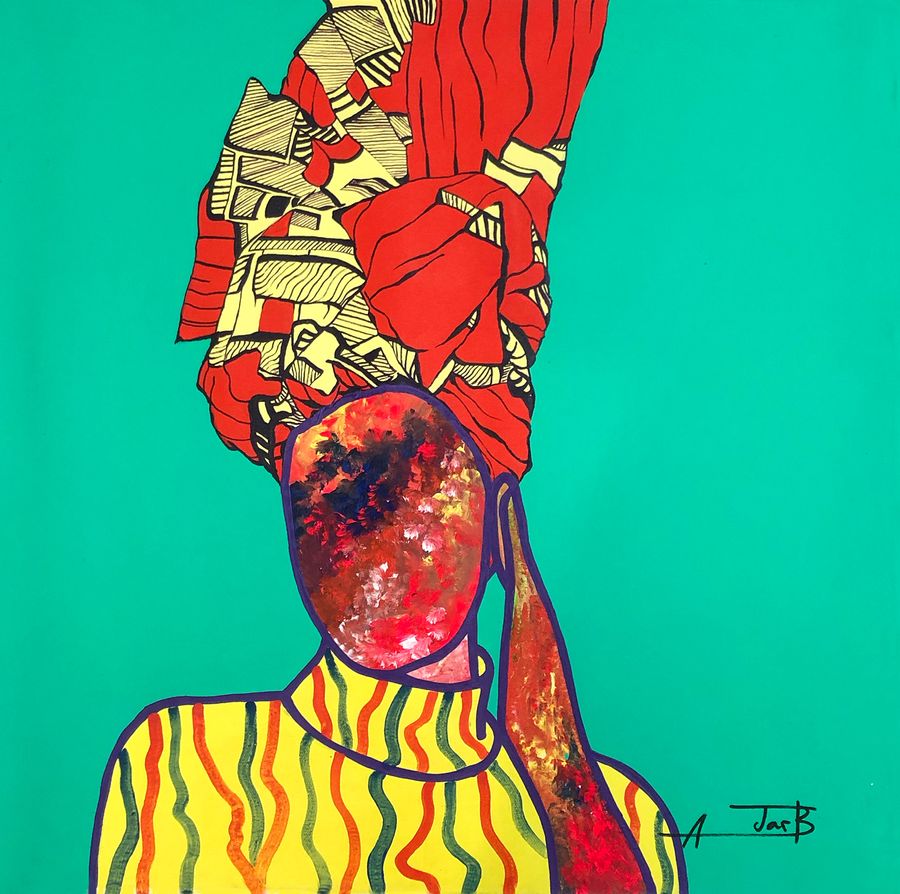 #SaveTheDate Paris – August 28—September 28.2021! On the occasion of Ajarb Bernard Atwega’s first solo exhibition in France, AFIKARIS Gallery’s 130 m2 Paris space turns into a beauty salon. Kwata Saloon, pays tribute to the ephemeral hair salons popping up each year in Cameroon between November and December, and from which Atwega’s new body of work draws its inspiration. www.afikaris.com 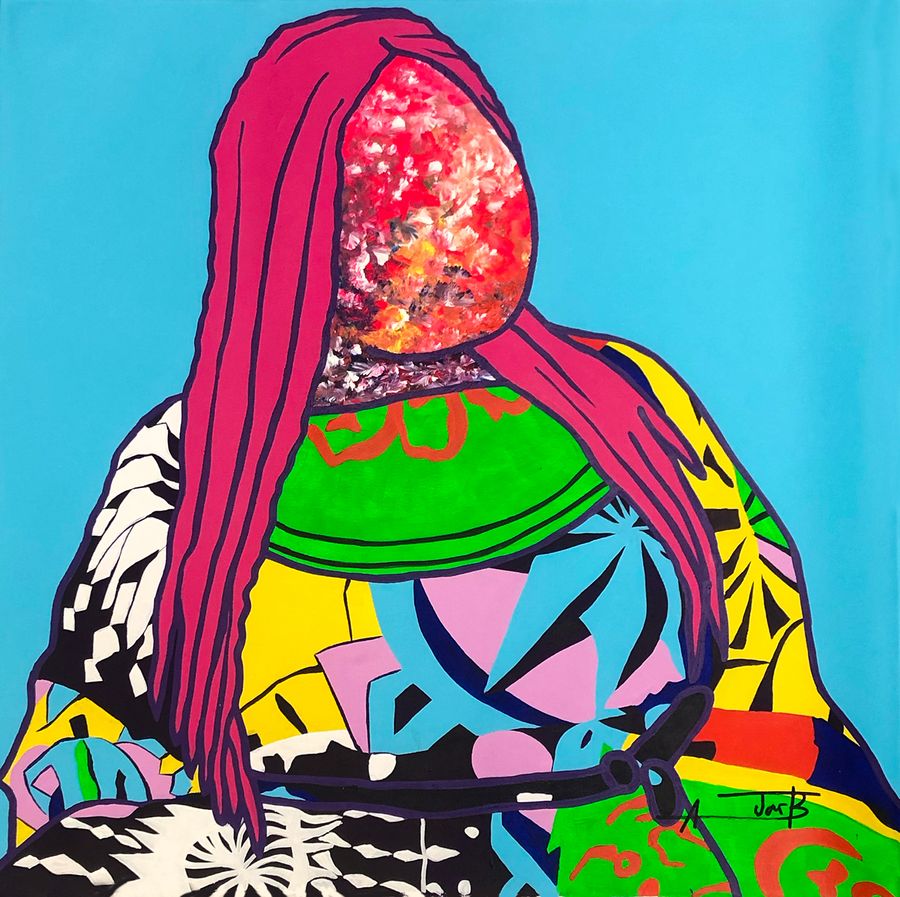 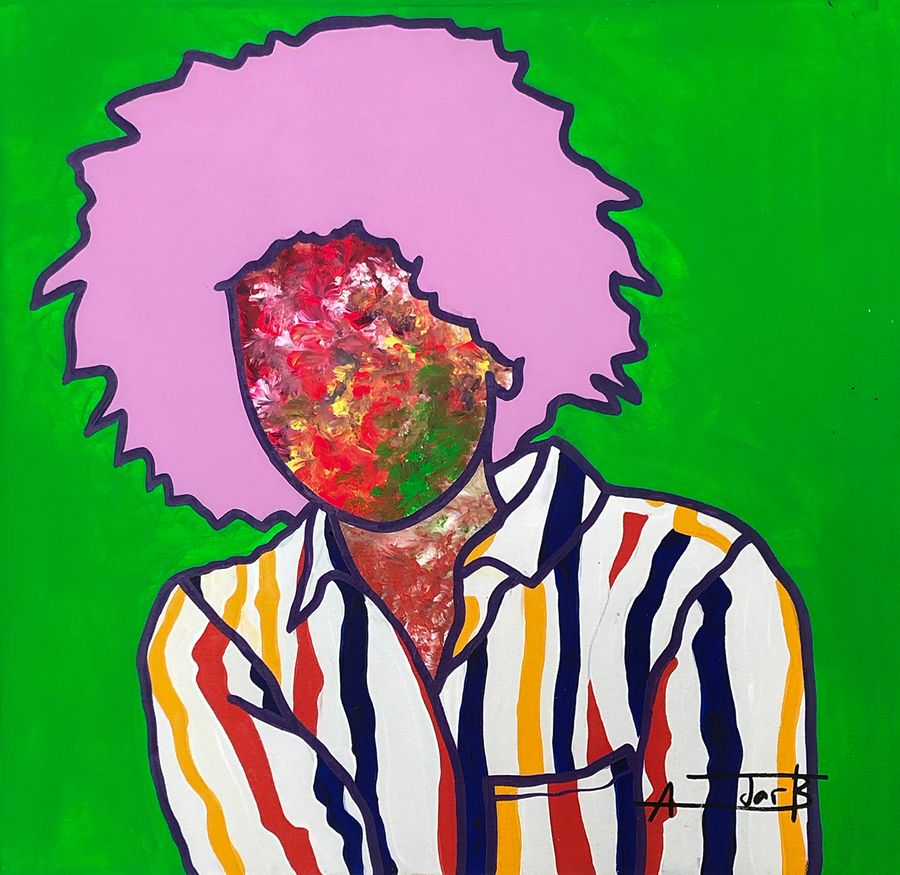 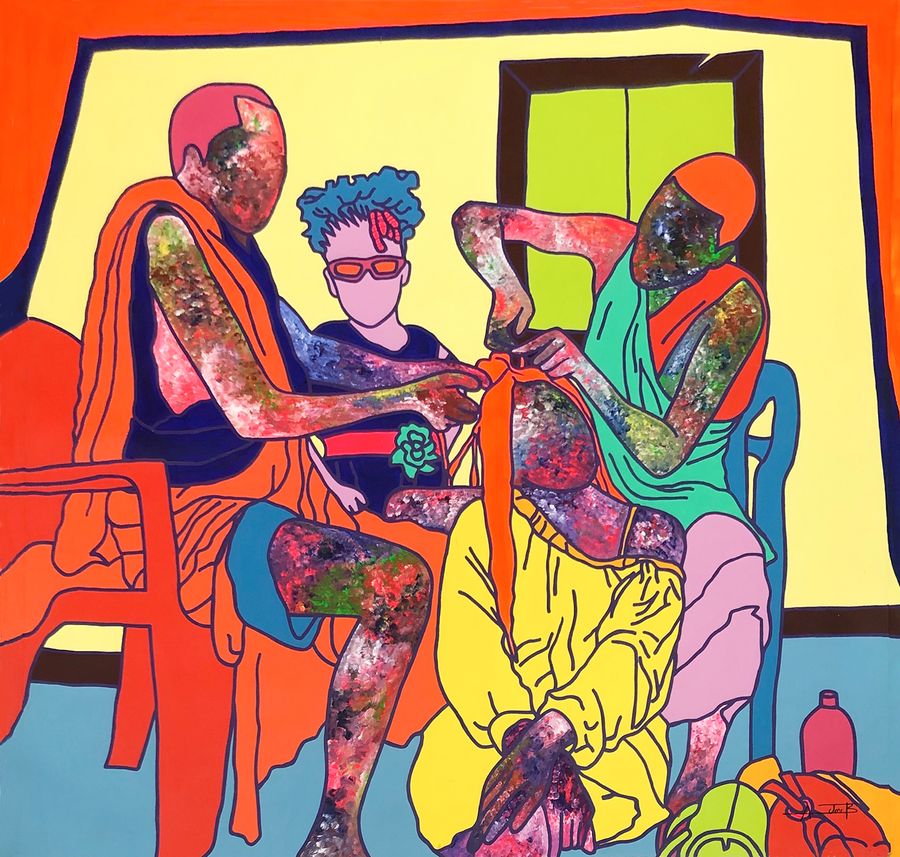 After having brought visitors to the mines of the Democratic Republic of the Congo with Cameroonian painter Jean David Nkot’s Human@Condition (May 29—July 7, 2021) and reflected on power by confronting the gazes of John Madu and Ousmane Niang (Figures of Power, July 10—August 24, 2021), AFIKARIS Gallery turns to the site of a cultural and social practice that binds generations and genders alike: hair salons. Kwata Saloon unveils a new body of work by Ajarb Bernard Atwega (b. 1988, Kumba, Cameroon), focusing on hairstyling as a source of social connection. On view from August 28—September 28, 2021, the gallery transforms into an immersive beauty parlor as the large, acidic canvases and smaller portraits that populate its walls – echoing the posters traditionally displayed in salons and the headshots shared on social networks – project scenes of togetherness, conviviality, and cultural bonding. 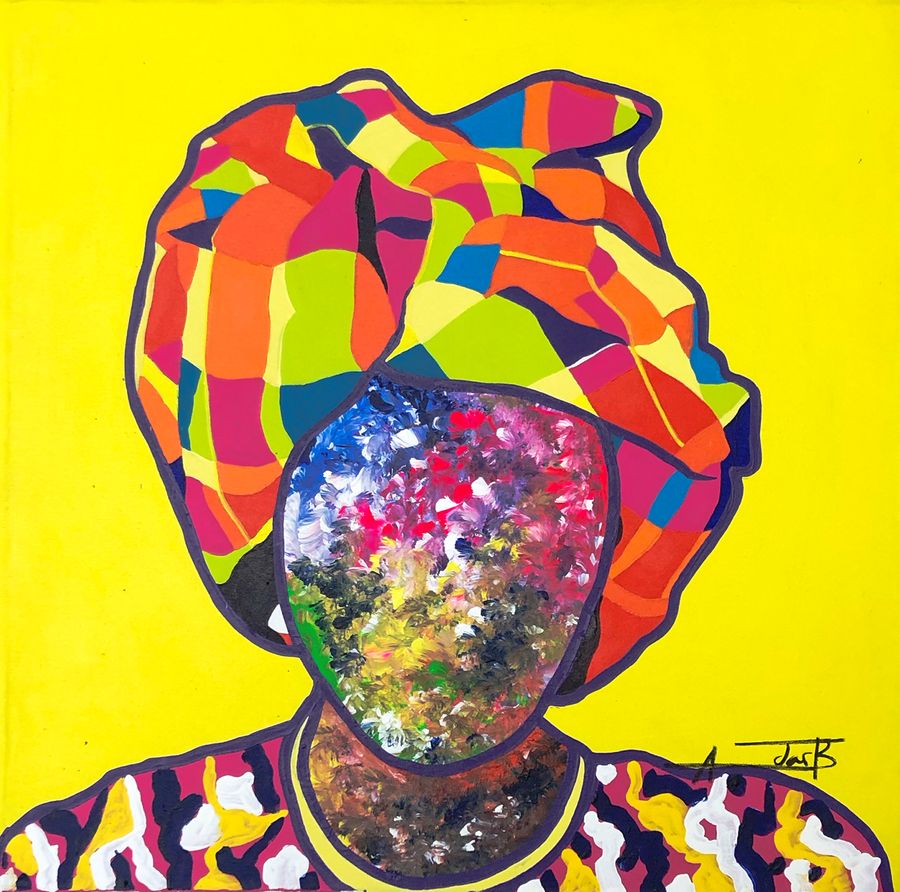 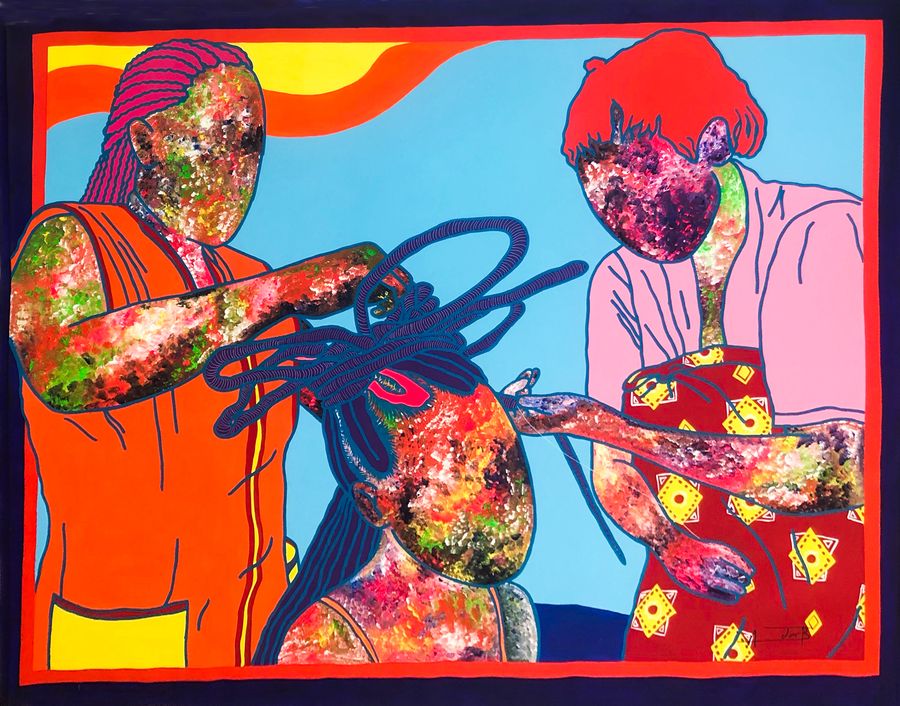 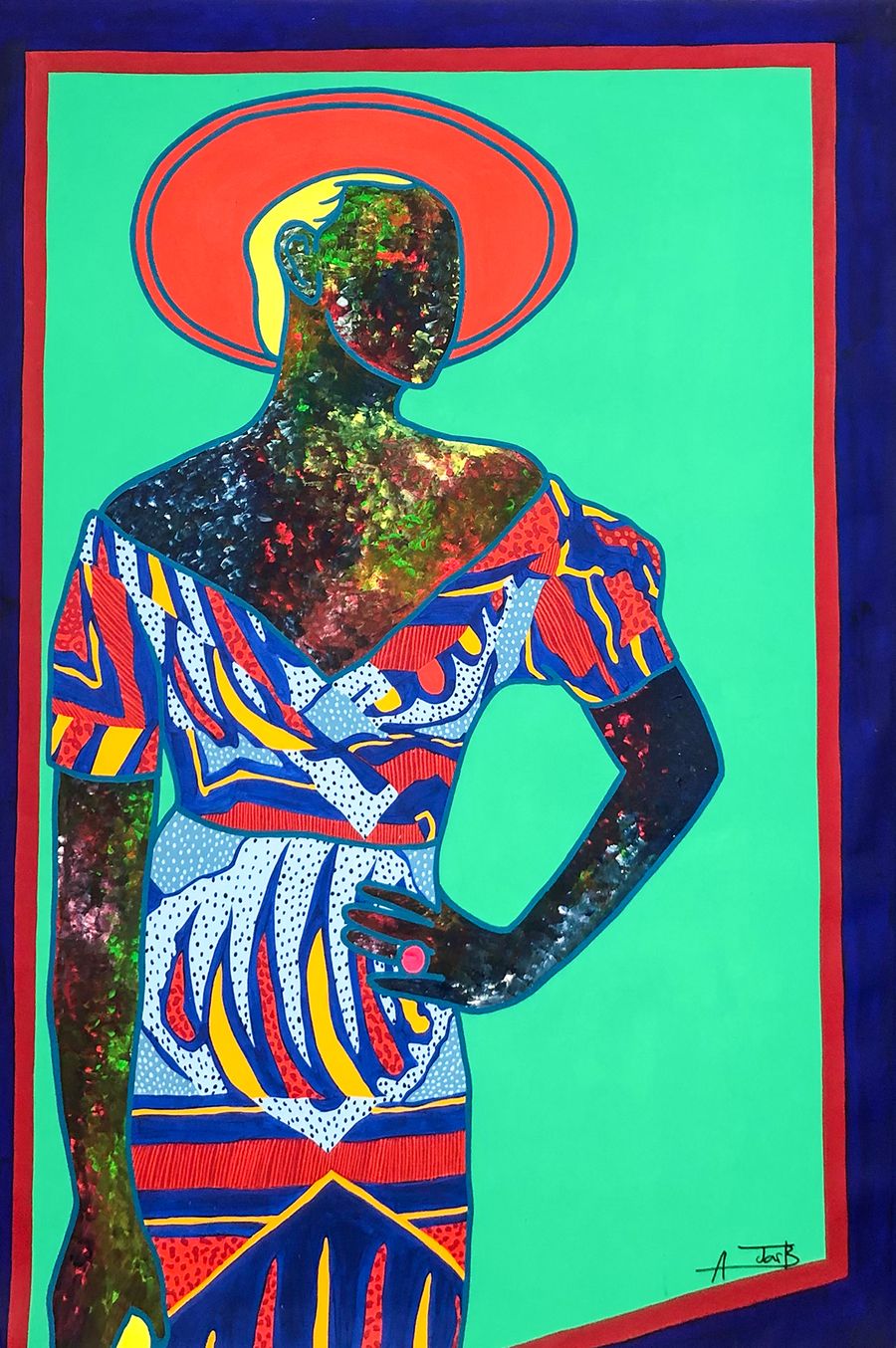 This new series bears witness to a thematic evolution in the art of Atwega, who continuously feeds his iconography with scenes from his daily life in Douala, Cameroon. While his latest series had drawn him to the lush local markets, where the women selling fruits and vegetables were dressed in simple and sober clothes, Kwata Saloon presents them adorned with lavish outfits, sporting flawless hairstyles. Extending beyond individuals to signified places, he turns this time to the beauty salons, as sites and the people that inhabit them once gain fuse across his canvases. Ategwa points to the allure and radiating beauty of his characters, whom he confers with a new, effusive presence.

Looking to the cultural rituals ahead of the festive December season, Kwata Saloon delves specifically into the ephemeral salons that pop up at the end of the year in Cameroon, temporarily opening their doors to a seasonal clientèle before once again closing at the beginning of the following year. While he draws his eye to the pampered women, he also depicts the men involved in this beautifying process, underlining the generational and intergender ties cultivated by this local practice. Setting his easel in the beauty parlors, Ategwa bears witness to a temporary period, during which wellbeing and sharing are a central part of social life. 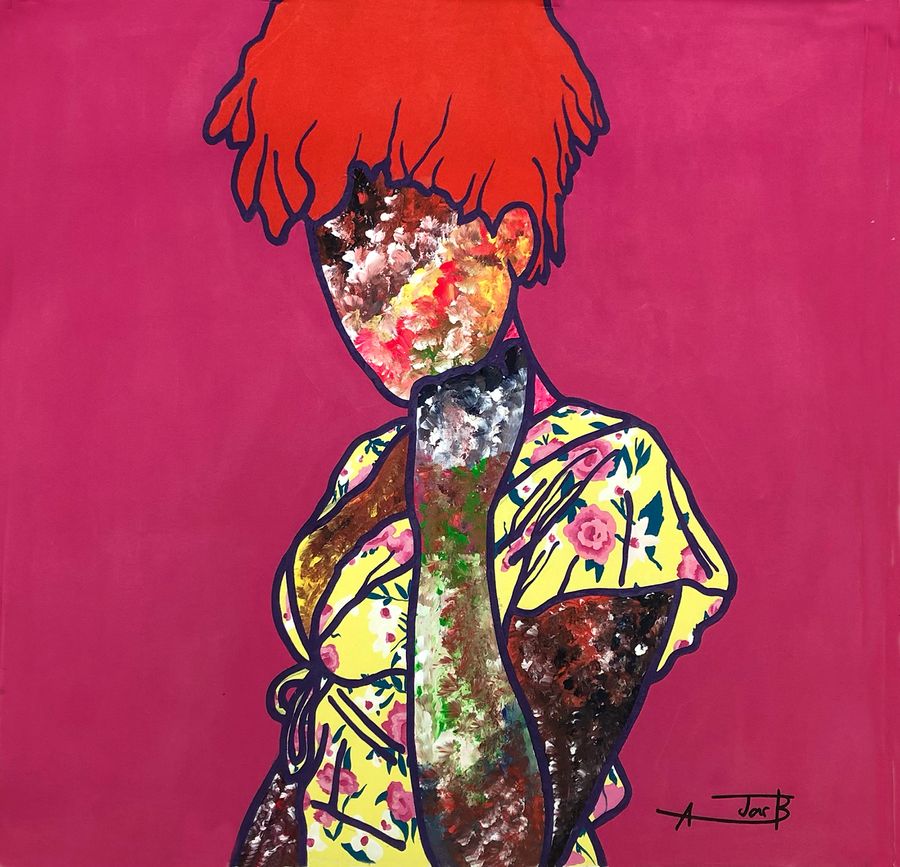 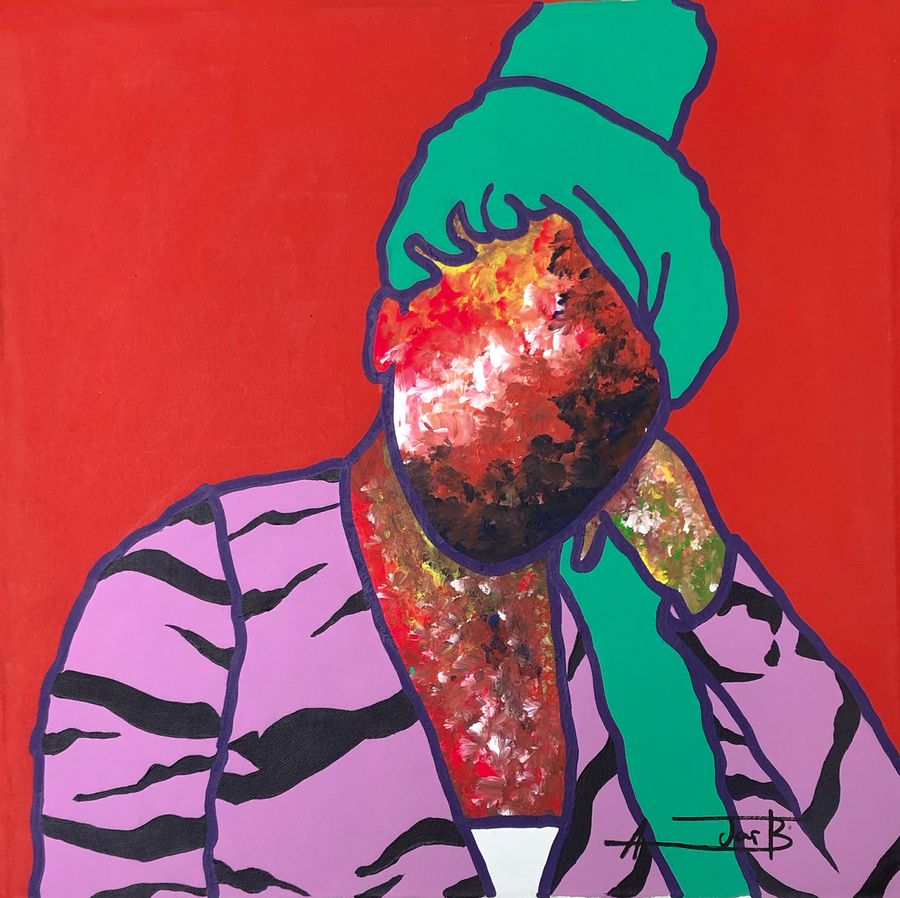 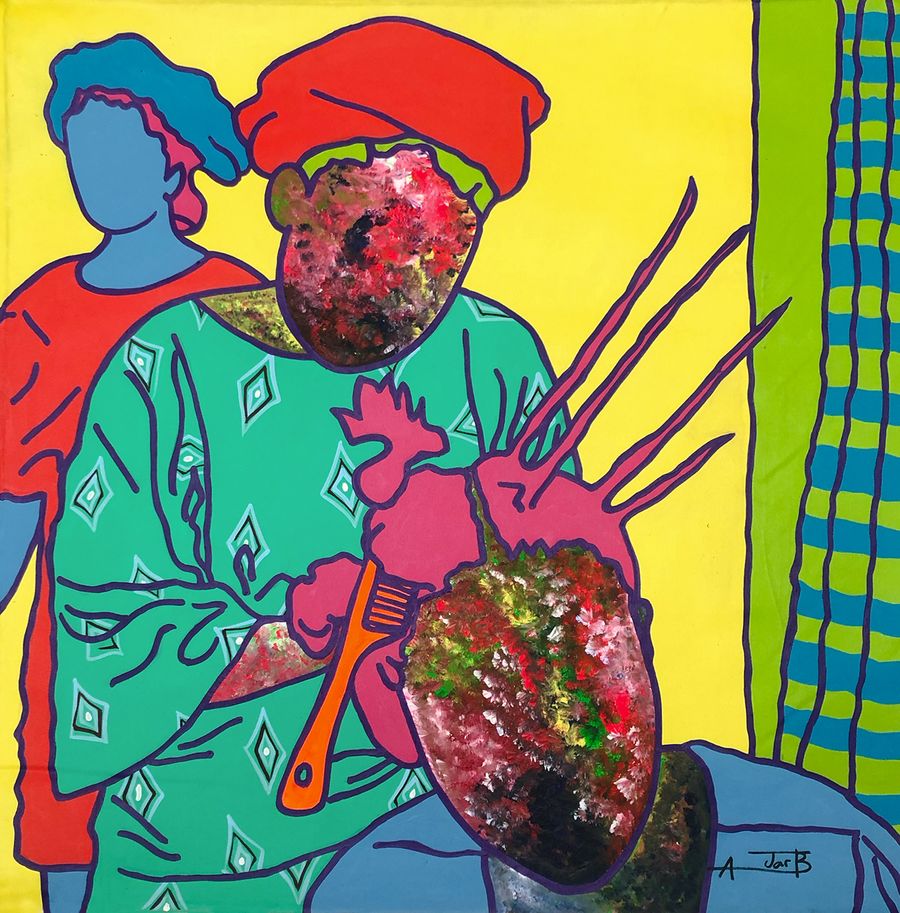 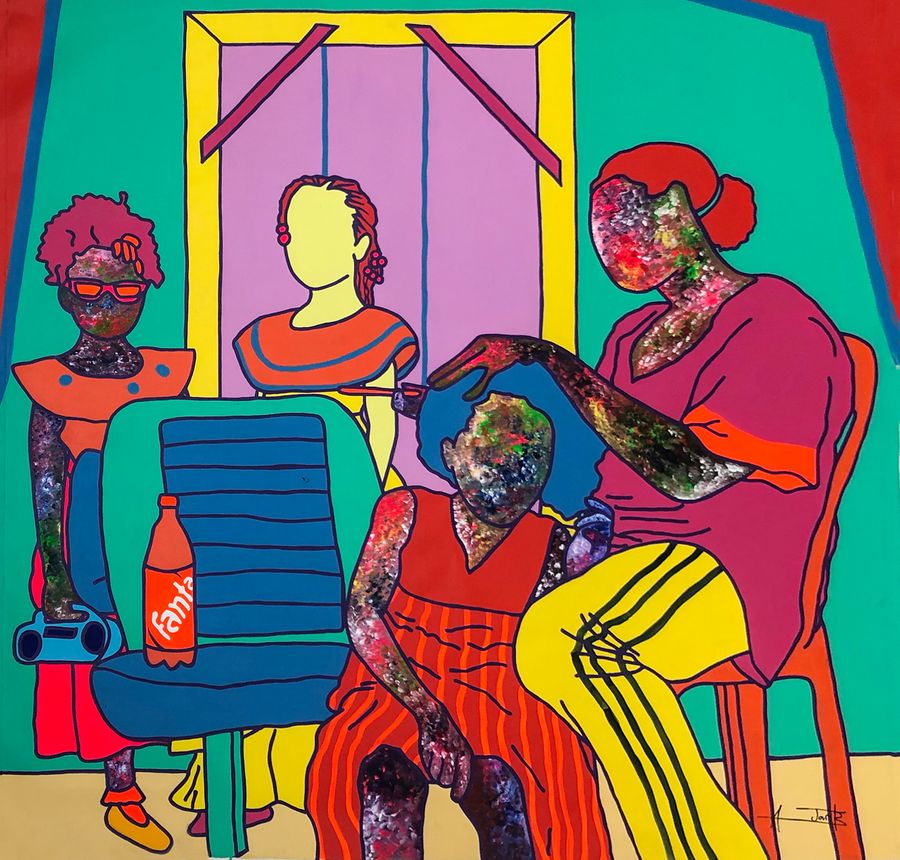 About Ajarb Bernard Ategwa:
Ajarb Bernard Atwega (b. 1988, Kumba, Cameroon) is a multidisciplinary artist who works and lives in Douala, Cameroon. Fascinated with drawing and painting since his youth, he is a self-taught artist.

Mainly made in acrylic, his graphic paintings play with simplified forms and the intensity of colors as he offers a local perspective on modes of self-representation in Cameroon today. The style and composition of his images are reminiscent of post-independence African black-and-white studio photography. While the latter call to the work of Malick Sidibé and Seydou Keita, his use of framing and well-defined identities references the more contemporary influences of image-fused social networks.

Ajarb Bernard Atwega’s work has been presented widely in Cameroon, including at the National Museum of Yaounde (World Bank Exhibition 2019, curated by Simon Njami), and was recently acquired by the Pérez Art Museum Miami. It has also been featured in numerous major international fairs such as FIAC (Paris); Art Basel (Miami, Hong Kong); and Frieze (London). Kwata Saloon, presented at AFIKARIS Gallery, Paris, from August 28— September 28, 2021, is the artist’s first solo exhibition in France. www.instagram.com/ajarbbernardart

About AFIKARIS Gallery, Paris:
Founded in 2018 by Florian Azzopardi, AFIKARIS Gallery started as an online platform and showroom specialized in the work of both emerging and established artists from African and its diaspora, before opening a dedicated Paris-based gallery space in 2021. Engaged in promoting cross cultural and disciplinary exchange, AFIKARIS acts as a platform for artists to engage with the wider public. A mirror onto and space for reflection on the contemporary African art scene, it provides artists with a space to address the topical local and international issues at the heart of their art.