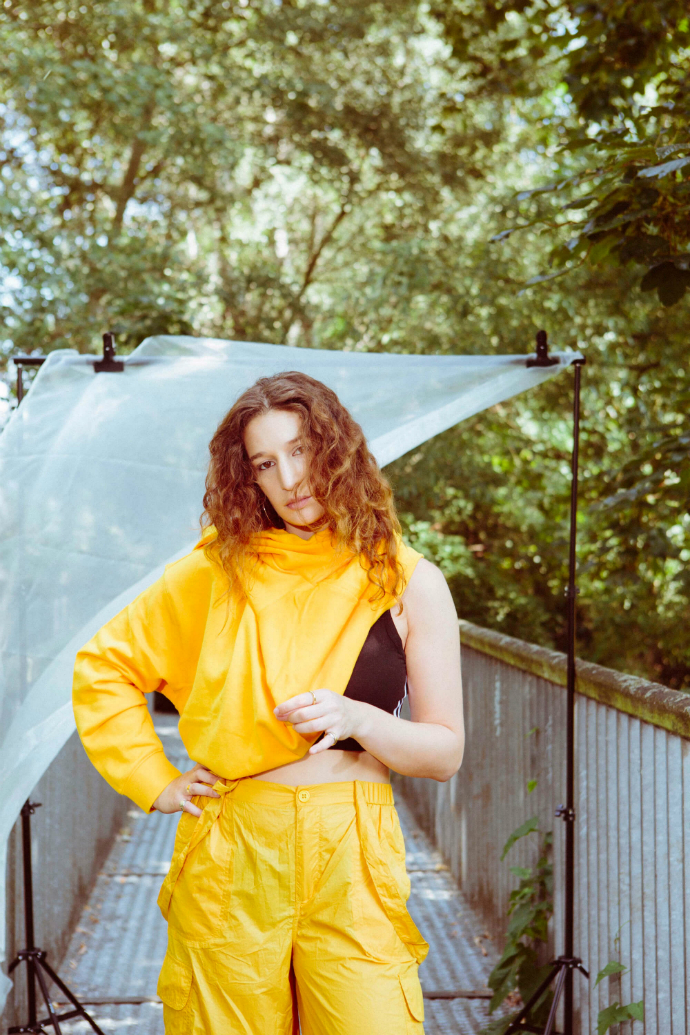 London based DJ, producer and founder of the record label and art collective femme culture, Elkka, shares visuals for her latest single ‘Stay’ (Warm Edit). Shot in London, the film celebrates Brazilian music and dance culture and features a mesmerising squad of female dancers of all ages and backgrounds from The London Samba Workshop. Smudging the boundaries between eras and styles, Elkka’s free-wheeling dance tracks float between club, left-field pop and spacious R&B all at once.

The new single ‘Stay’, which reworks one of her previous tracks, giving it a new warm percussive energy, expresses a wistful sense of longing through rhythmic house that bubbles beneath Elkka’s dreamy vocal loop. Over the past year, Elkka has found herself inspired by and immersed in Brazilian music and dance culture. Her new video, directed by Undine Markus and produced by Girls In Film, features a team of female dancers of all ages and backgrounds from The London Samba Workshop. “When dancing I found myself surrounded by these confident, bold and mesmeric women, all supporting and encouraging one another and I really wanted to try and capture this in the video whilst paying homage to the Brazilian music and dance that I have fallen in love with.”

The single is out now on femme culture and will be Elkka’s fourth release for the label which she founded in 2016 in response to the lack of support for women DJs, producer and artists, later teaming up with fellow DJ and creative Ludo who she now co-runs the platform with. Since then, the progressively minded collective have been swiftly gaining recognition with their boundary-free ethos that champions women, women-identifying artists and the LGBTQ+ community whilst pushing forward-thinking music through their carefully curated club nights and events.

Earlier this year they released their first label compilation ‘HeForShe x femme culture.’ Compiled in aid of the UN Women, the compilation featured fresh new sounds from the likes Octo Octa, Anastasia Kristensen, Finn & Elkka and called for people around the world to stand together to create a visible force for gender equality. Last month they hosted their annual alternative Pride after-party in which all the proceeds went to Albert Kennedy Trust (a charity for homeless LGBTQ youthsworthy causes), whilst across the arts, they’ve partnered with up and coming photographer Sophie Mayanne for an immersive exhibition and extension of her photographic project ‘Behind the Scars’, which generated worldwide press for its promotion of unconventional beauty.