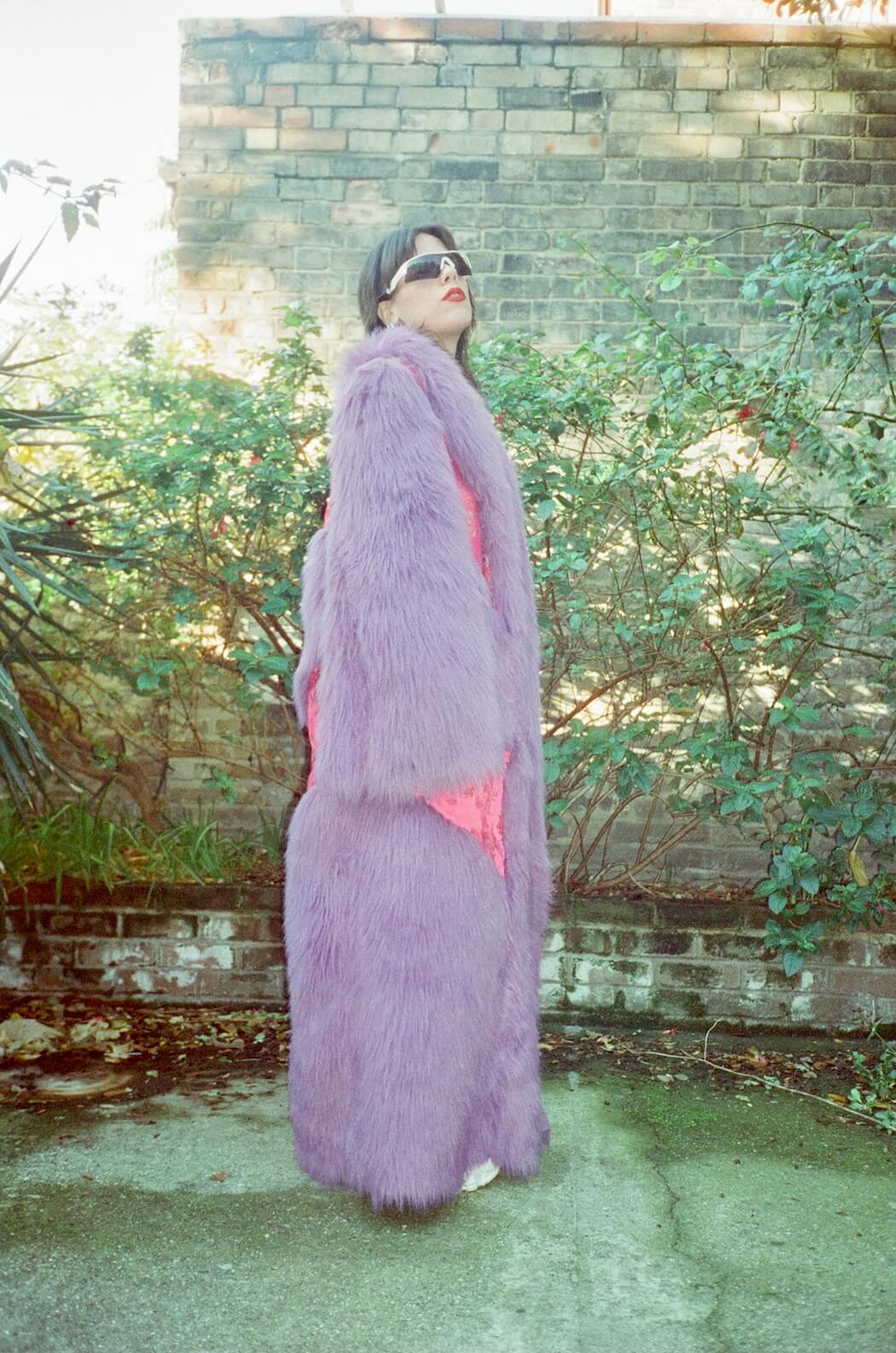 From Jazz to hard techno – Meet the Greek producer MarcelDune

Her music is a colourful fusion of hypnotic nostalgia, fast-paced beats and colourful patterns that sparks a big influence of urban underground culture. MarcelDune grew up in Greece and has just recently moved from Athens to London, where she’s exploring the city’s diverse and raw street-style culture. Drawing inspiration not only from her surroundings but she also avidly combines modular synthesizers with analogue and digital sounds in addition to field recordings, which are heavily influenced by jazz studies and opera singing. Her latest EP ‘Preternatural’, which was released on 23rd October via REPITCH, is a collection of seven fast-paced techno tracks.

Jazz gives you the opportunity to freely improvise and create your own path under a very certain form of track.

KALTBLUT caught up with MarcelDune to talk about ‘Preternatural’, her recent relocation to London and her creative process.

KALTBLUT: How would you describe your music in three words?

KALTBLUT: Walk me through how you produce your music. What’s your creative progress and how did you find your own sound?

MarcelDune: Lately I have changed my creative process a lot, I made it more convenient and easy. Meaning that I sold a lot of my gear and began focusing more on software and sampling.

For me, producing a track or making music, in general, is a way to escape from these difficult times that we are all facing, and the pandemic is not the only problem that we have to solve as humanity. Racism, sexism and the patriarchy are also ways of oppression that we have to fight for example! So, I decided to make my workflow more convenient in order to spend more and more time lost in the sounds. I can sit for more than twelve hours just listening to samples or trying to figure out the right kick or the right sound effect. I am not sure if I have found my sound because I really want to experiment and improvise constantly, creating new ways of expression.

KALTBLUT: Your latest EP Preternatural is a collection of euphoric, hard bangers. How has this EP evolved since you first began making music?

MarcelDune: When I first began producing music my sound was more into experimental electronic sound with many elements borrowed from Jazz, which I then translated into my own world of understanding. Back then I studied Jazz so I was really into this particular sound and aesthetic. Jazz gives you the opportunity to freely improvise and create your own path under a very certain form of track. As a result my sound has evolved a lot throughout the years but again all of my tracks have this little conversation from hard-hitting improvised parts to solo euphoric voices and back to the original form.

KALTBLUT: Who and what have been the main influences that helped you shape your sound?

MarcelDune: As I’ve mentioned in the past, my main inspiration that has shaped my sound is life in the city, the raw street and underground culture as well as how people face oppression of any form in their day to day lives.

KALTBLUT: What’s it like to release an EP into a pandemic?

MarcelDune: Releasing an EP during a global pandemic is not an easy process because it is very sad that you lose many opportunities for gigs and communicating with other people around or receiving feedback for your work. You don’t really get the chance to see the impact your music might have on a crowd which is quite the misfortune, but I try to keep a positive perspective.

KALTBLUT: You’ve recently said that your music is inspired by life in the city. Could you tell me what you meant by that and how it reflects in your music?

MarcelDune: I like observing life in the city as a third person, it interests me how people act in certain circumstances and how each person is actually different from the other however similar they may seem, and the way they struggle with their problems is so powerful and unique that I try to output this experience through my music. Hard stomping kicks can represent the roughness of the city concrete, and trancey melodic leads can represent the euphoric escapism of individuals.

KALTBLUT: You’ve relocated from Athens to London. How has the city impacted your creativity?

MarcelDune: I am new in London so I have no idea yet but I believe that I will find my way, since expressing myself through art is vital for me. Also, a new environment always gives you a lot of information to take in and this is what I am currently looking for.

KALTBLUT: What are the biggest differences between Athens’ and London’s underground nightlife scenes?

MarcelDune: I haven’t really had the chance to explore London’s underground nightlife but I’m sure there will be similarities as well as differences. Athens’ underground nightlife is currently going through a revival with many illegal raves and parties going on. The electronic music scene in Athens is small compared to other cities such as London, but at the same time has a unique approach to it. The scene is very DIY-centric since there is no form of support from the government or any external organisations etc. So the musicians, DJ’s and artists, in general, are left by themselves without any form of support. This has built a strong community and a DIY mindset. I’m sure I will find something similar in the London underground scene as well and I can’t wait to dive deep into it.