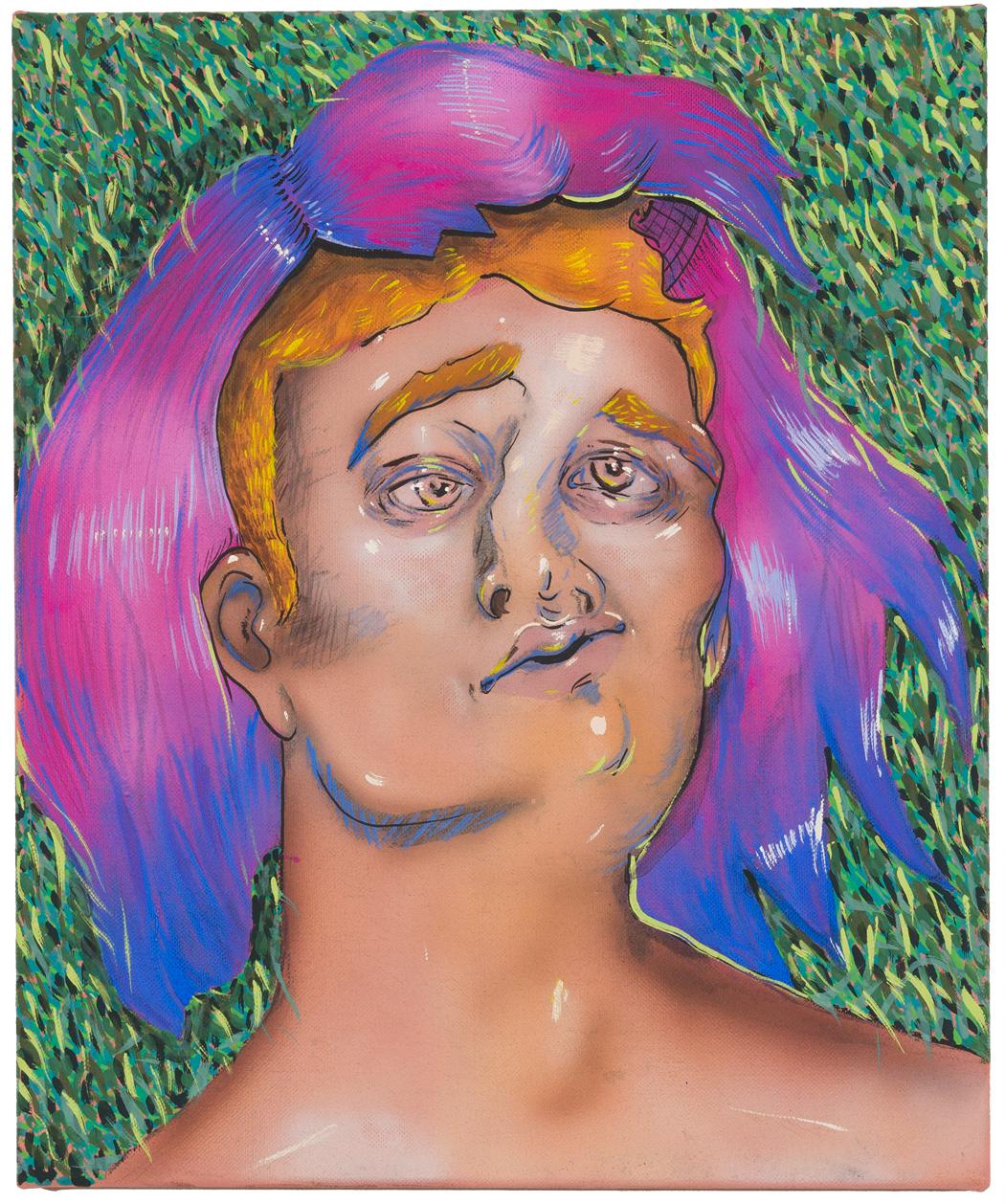 Painter Fleur Helluin has been working on her new solo show for some time and, now it is finally ready to be seen at AKA. Helluin new piece of work is looking closely at the life of Greek hero, son of Zeus and Alcmene, Herakles. 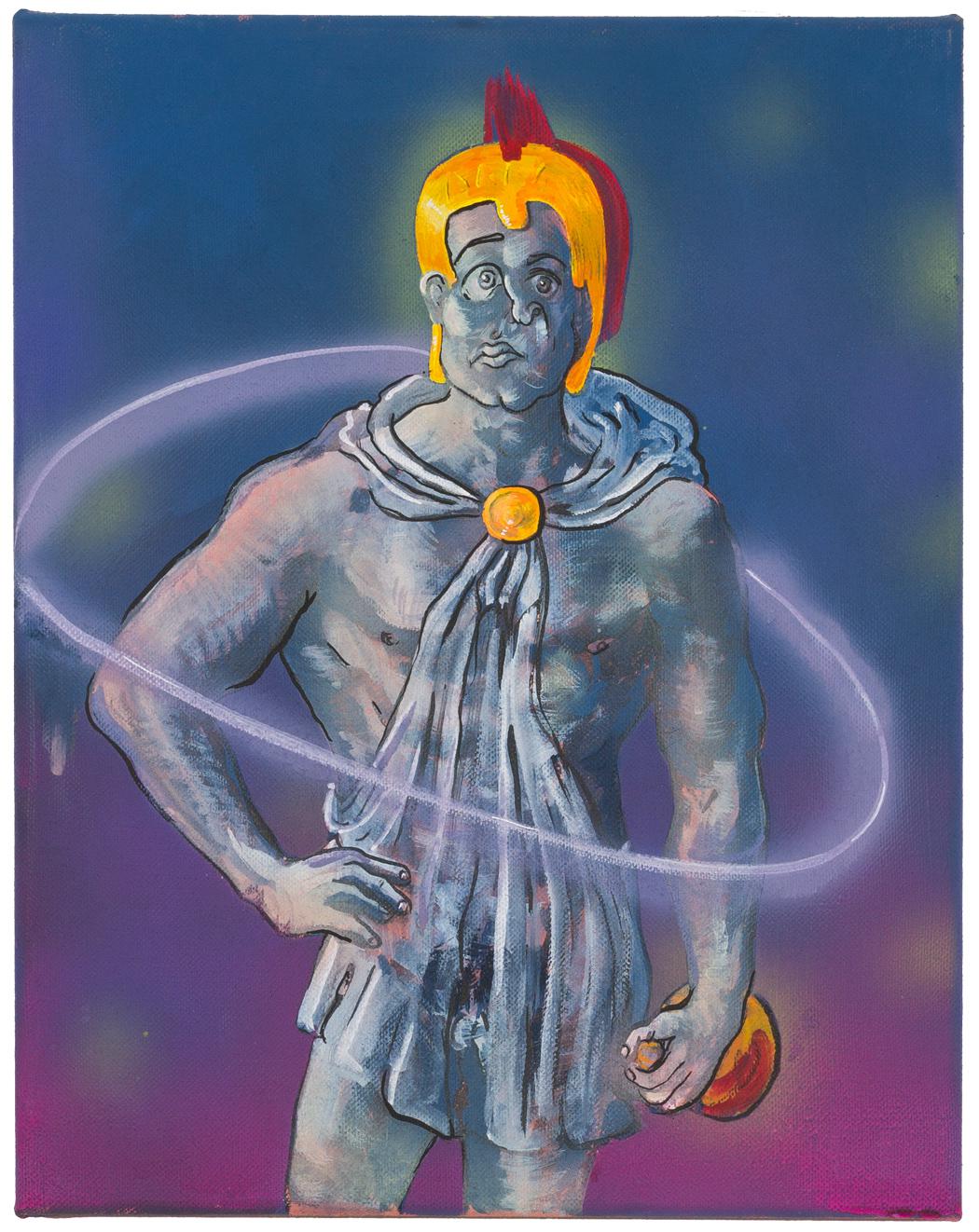 For his 12 Labors,
the Greek hero Herakles travels in the whole known world. In a less famous episode of his life, he is sold as a slave to Omphale, Queen of Lydia. During his long stay at her court, he lives dressed as a woman, working as a woman. It is this Herakles that lives in my project.

Altogether hero with an unmatched strength and character pushed around by the forces of Fate, Herakles personifies a new and mangled entity. His appearance, his fate, his relation to gender are all bases of reflection on contemporary themes: the gendered life, strength, confusion. 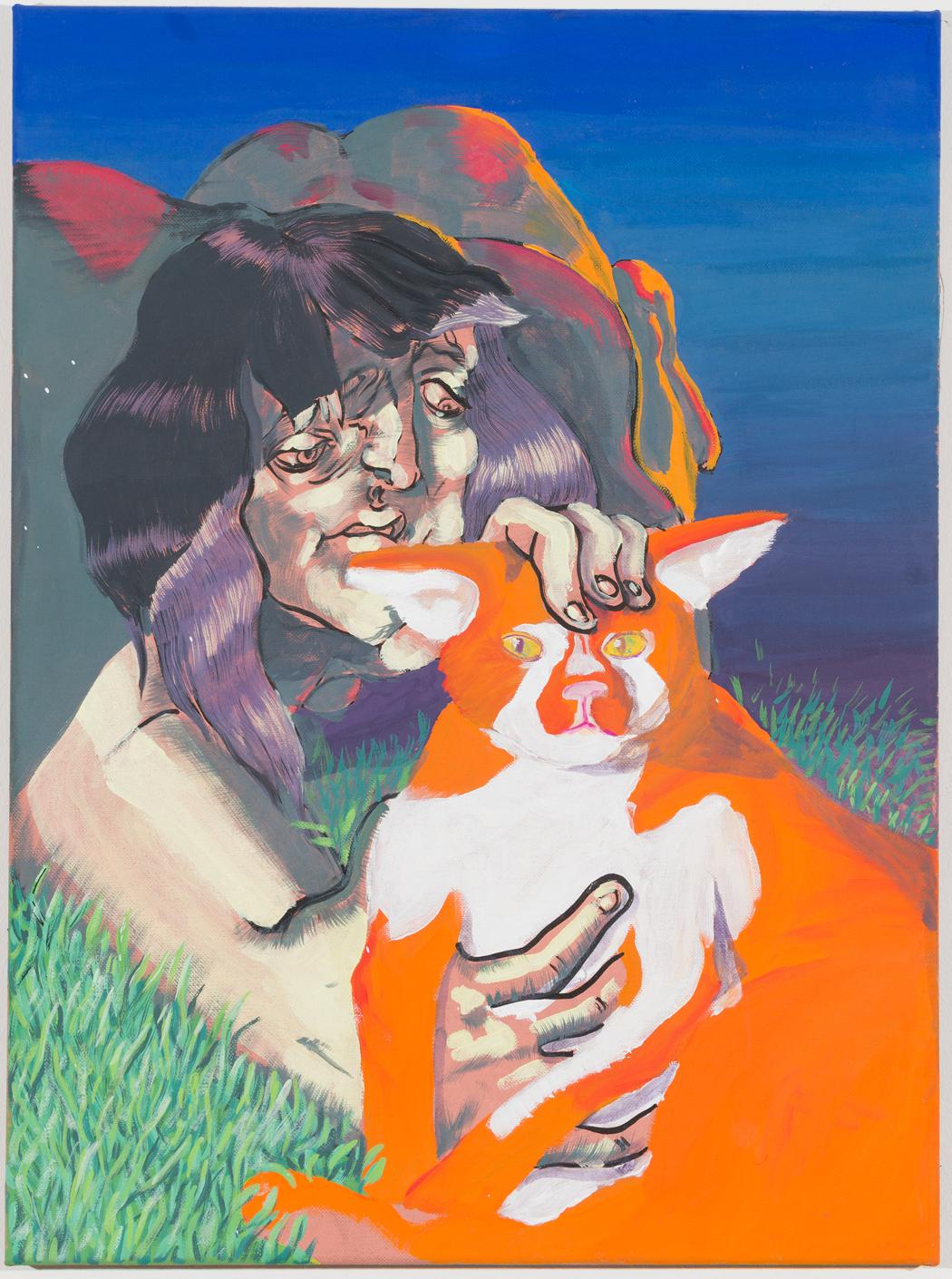 This series of works on Herakles marks a new turn in Fleur Helluin’s practice. The paintings are in tempera on canvas, which is specially prepared using traditional and simple recipes. The drawings also use a simple technique of Indian ink.
Fleur Helluin studied under the direction of Gilian Gelzer and Joel Hubaut in Caen, France, and Norbert Bisky in Salzburg, Austria. She was also part of the academic program Art & Technology of the Image in University Paris 8.
Since 2004, her work explores the impact of the screen-based culture on contemporary figure. Her representational works incorporate the rich features linked to the use of the screen (light, posture, online vocabulary) to traditional oil painting. Through the representation of the contemporary figure, she sheds a new light on the paradoxal mechanisms of the perception of ourselves and the world, engaging strongly with the present.
Her works have been shown with Bill Viola, Norbert Bisky, Damien Cadio, or Cécile Wesolowski.
Since 2006, she lives between Berlin, Germany and Normandy, France.
In 2005 she founded the alternative dance-punk band Plateau Repas with Marianne Jacquet and Valentin Plessy. 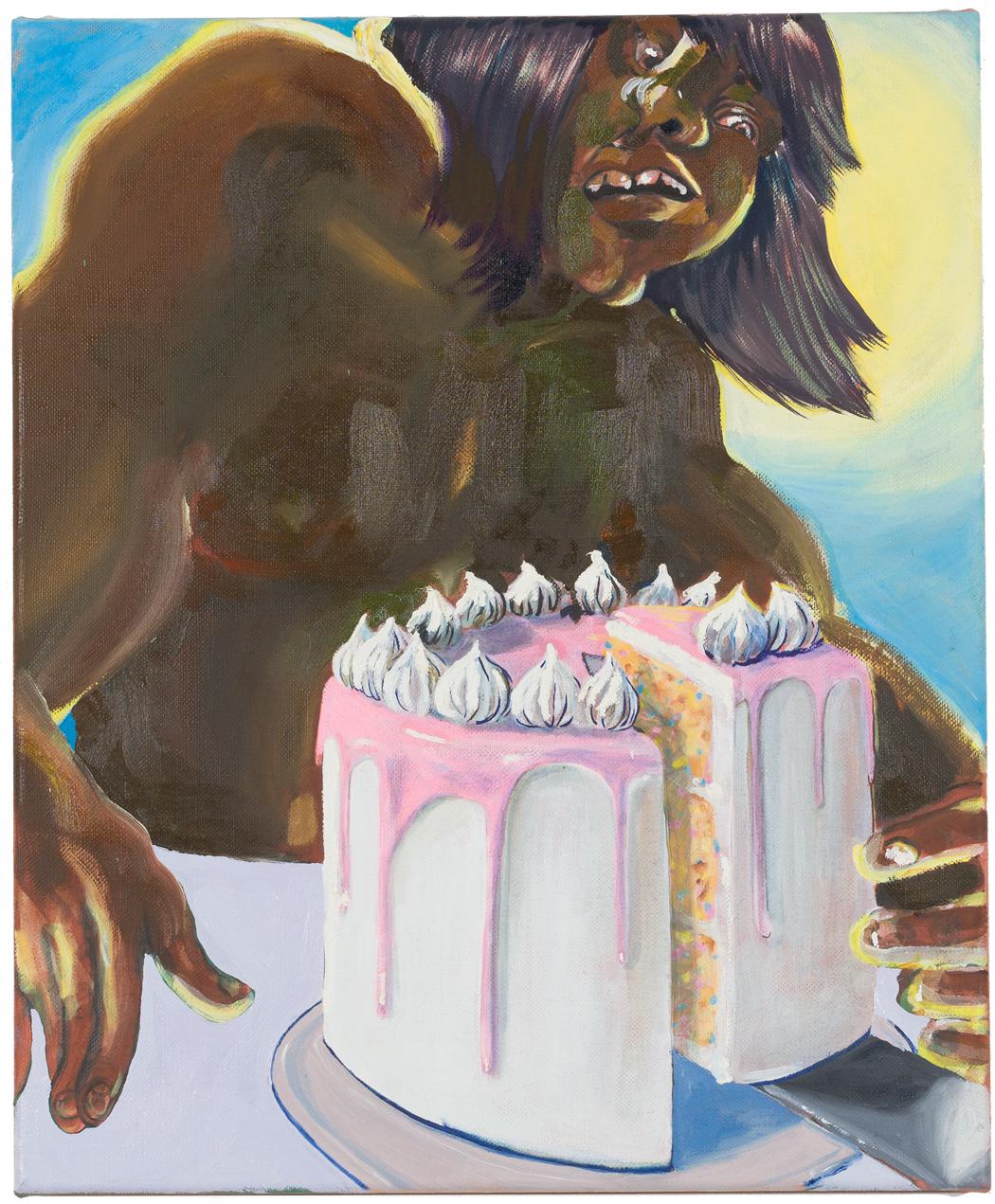 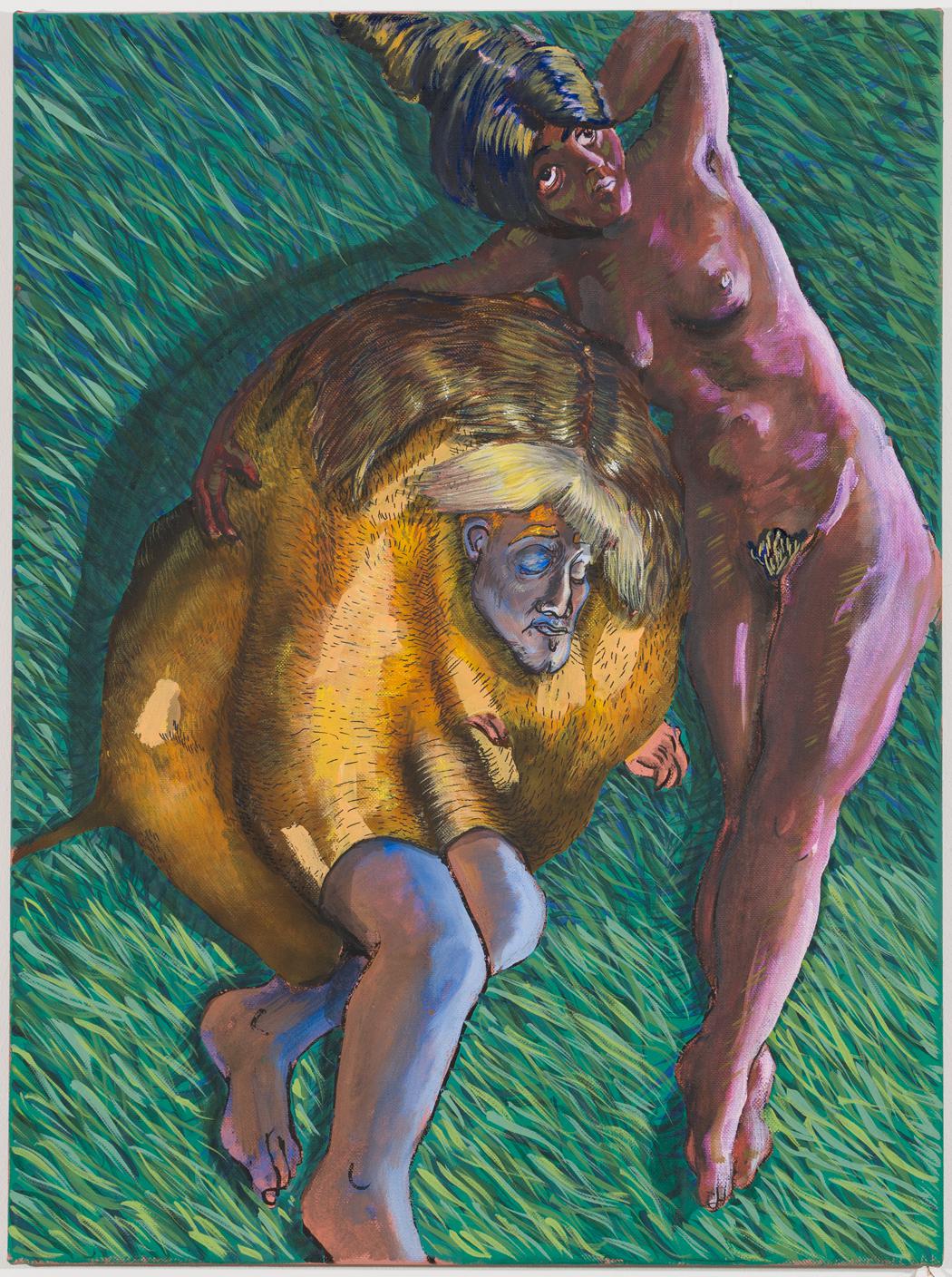 Curated by LMW for AKA