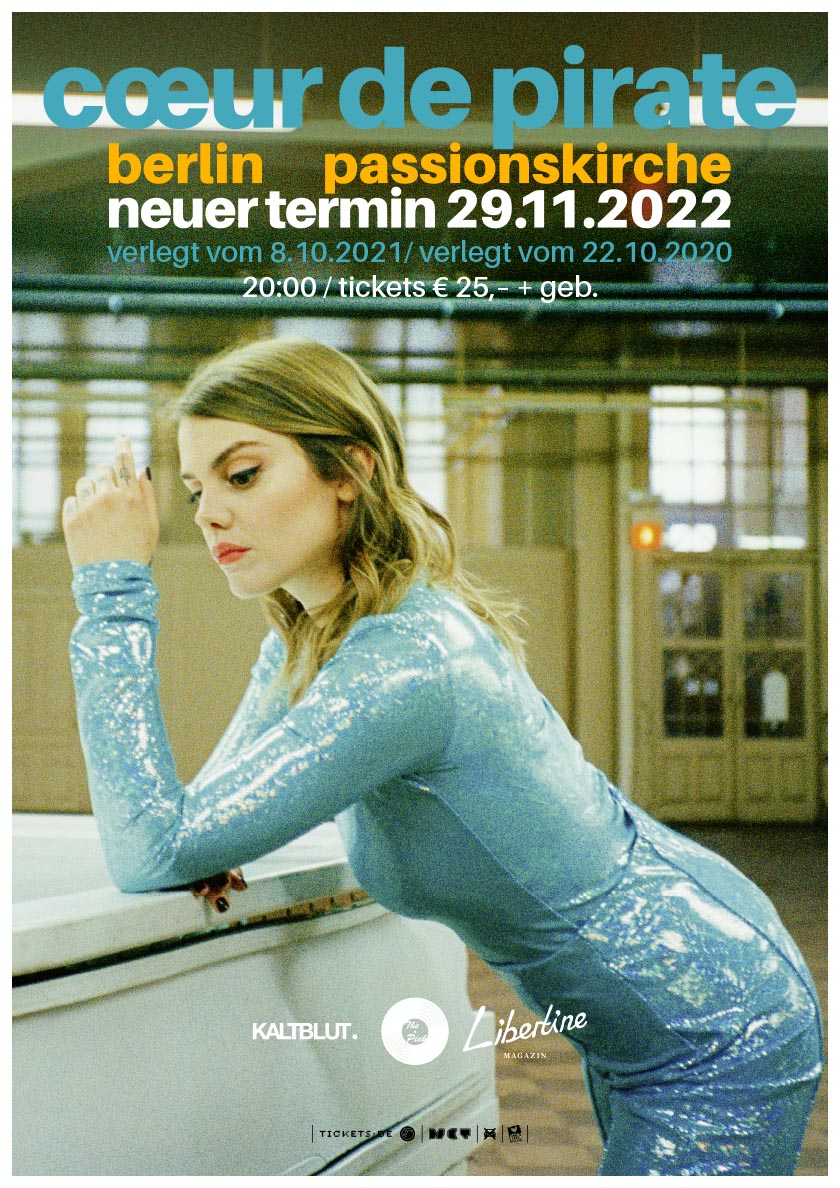 Montreal-born musician Béatrice Mireille Martin has had her pirate heart beating since 2008. Then she decided to start a solo career under the name Cœur de Pirate, after a little hype had developed around her songs that can be found on MySpace. They still sounded rougher, but their dreamlike piano playing and the profound, mostly French lyrics, amazed you even then.

Cœur de Pirate has now sold over 1.2 million albums, released acclaimed and award-winning albums such as “En cas de tempête, ce jardin sera fermé” most recently in 2018 and has become a strong voice in the LGBTQ community in recent years. Most recently she released the single “Ne m’appelle pas”, which again alternates between pop and chanson, but which is surprisingly danceable. It is not yet known whether there will be more singles or even an album, but she has new tour dates at the start – and will also visit her fans in Germany. On October 8, 2021, Cœur de Pirate will play in the Passionskirche in Berlin: the perfect atmospheric and sonic setting for Béatrice Mireille Martin. Win tickets to her show by emailing us at win@kaltblut-magazine.com