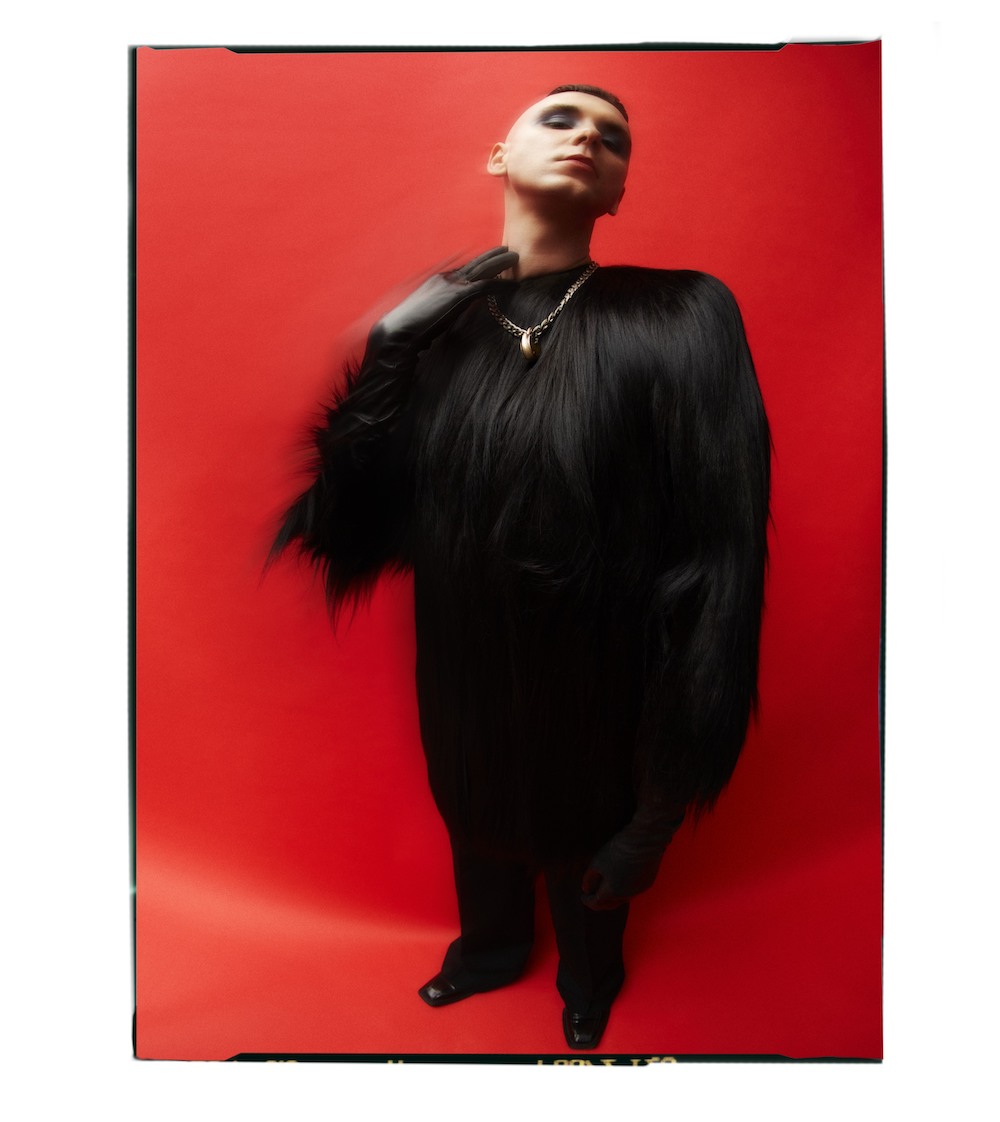 Drangsal hits the road again with his Exit Strategy tour! Catch him playing at Huxleys Neue Welt on August 6th by entering our ticket giveaway. Just email win@kaltblut-magazine.com and tell us your favourite song on the new album. Max Gruber is Drangsal and appeared out of nowhere in the German music landscape in 2016.

Rarely has a debut triggered so much euphoria and discussions as Harieschaim. Max Gruber is an autodidact, outsider, and music-obsessed. His music is an amalgam of the experiences Gruber had as a freak in the conservative Palatinate province and all the music he absorbed during his existence. For the musical realization, he found the congenial partner in producer Markus Ganter (amongst others Sizarr, Casper, and Tocotronic), who blindly understands his art and wraps the tribulation songs in the appropriate guise. In his live performances, a transformation takes place that has little to do with cool 80s aesthetics but instead unleashes tribulations of brutal pop in all its intensity.

Drangsal’s new album Exit Strategy is about love and beauty, doubt and dissatisfaction and identity. “Who am I? Who was I and who do I want to be?” Those are the questions. The answer: an exit strategy, a way out of a standstill.

Exit Strategy is the document of a mature artist. Drangsal has never played music so freely and sung so varied as here, and he has never written lyrics so boldly and dazzlingly: from the present back to German Romanticism and forward again to the restricted code of Generation Z. Exit Strategy is rich in facets, but — that’s the great thing about it — it’s not arbitrary: everything fits together, every musical or lyrical Volte, no matter how outlandish it seems, fits seamlessly into a large picture.