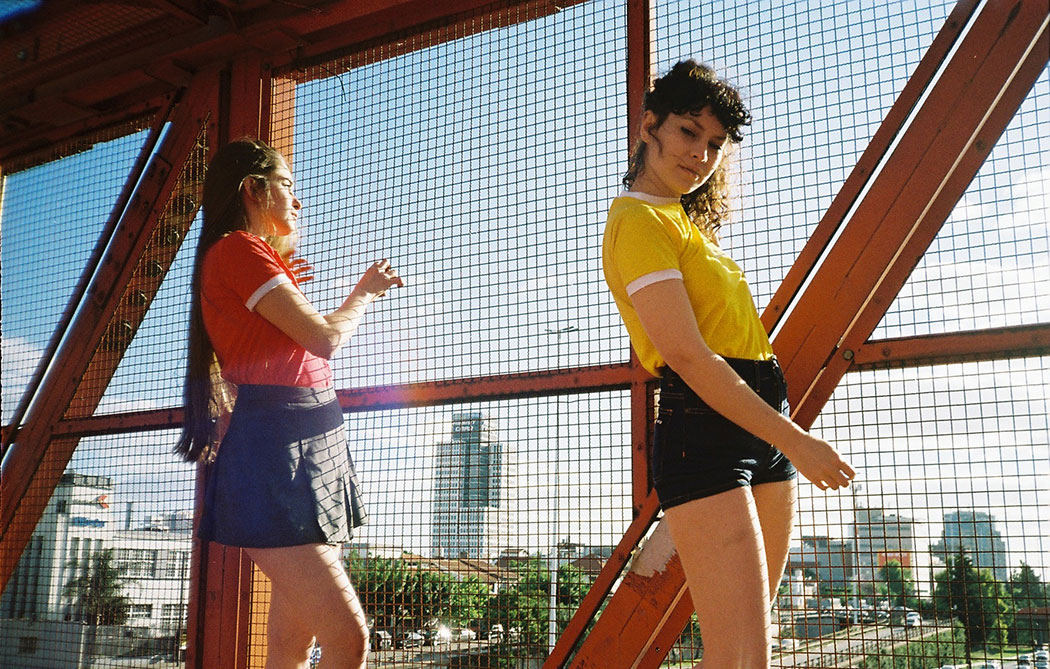 KALTBLUT presents: NOT YOUR GIRLS

A fashion film premiere and interview with the director Alexan Kevork Sarikamichian! Can you split your heart in two? Can you be in love of two people at the same time? what are the consequences? The story of a girl divided in her two weaknesses, lead her to live simultaneously two love stories on which we see her enjoy and suffer at the same time. The film reflects the gaze of this confused teenager, at the point of losing her conscience and live her passion with freedom. Written, Directed and Produced by Alexan Kevork Sarikamichian alias Alexan Films. Styling by Rigoberta Del Tesouro. Actors are Rigoberta Del Tesouro and Agustina Leal, Anahí Roy

KB: Tell us a little bit more about your role as a director in NOT YOUR GIRLS, how did you come up with the idea of a mixture between a Fashion film and a Short film?

Alexan: NOT YOUR GIRLS is the continuity of my previous videos, there are many similar things, young characters in love and some nostalgic atmosphere involved in human relationships. This selection was different because there was a love story between two women and in my opinion they have a special and particular beauty. We tried to work on the strength they own and highlight their best characteristics, for example, through costume we made changes for every location, and in those moments I find a special care for a short film. 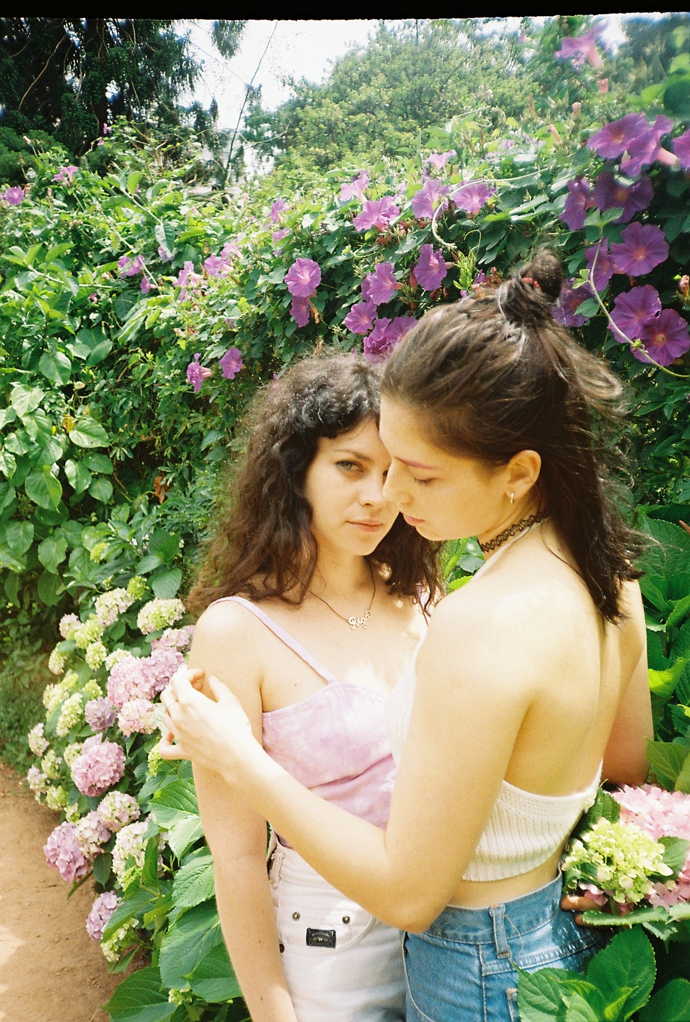 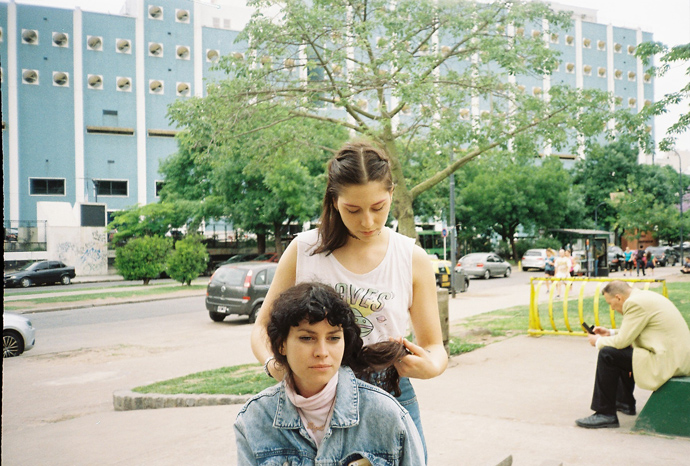 We tried to tell the story taking into consideration each detail on the stage of the short film and not just a pretty view, we wanted them to be able to transmit the story.

KB: What motivated you to tell the story?

Alexan: Rigoberta del Tesouro contacted me some time ago because she liked my videos and as she worked with costume we thought we could do something together. Unfortunately, our project didn’t work out but we kept in touch and I thought it would be a good idea to ask her to be in front of the camera this time. That’s when I found out about her lovely look and charisma and that she could be the protagonist of a love story between two women, I knew she was going to put a big effort in the project and be very courageous. I wanted to make an emotional video but I also needed to find the right chemistry between them and a very particular aesthetic view. 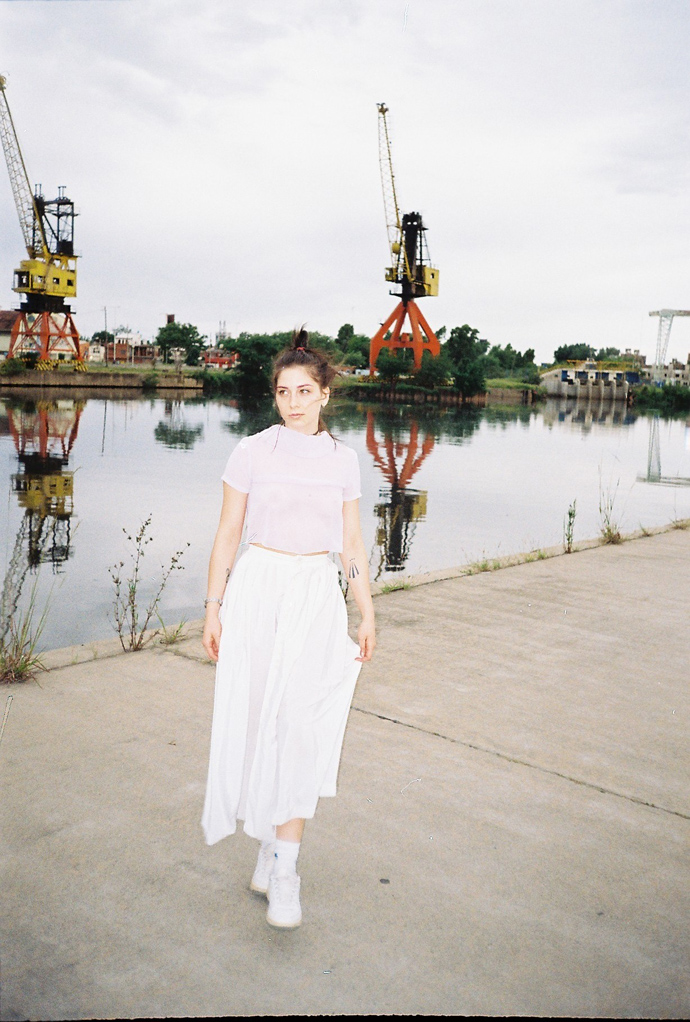 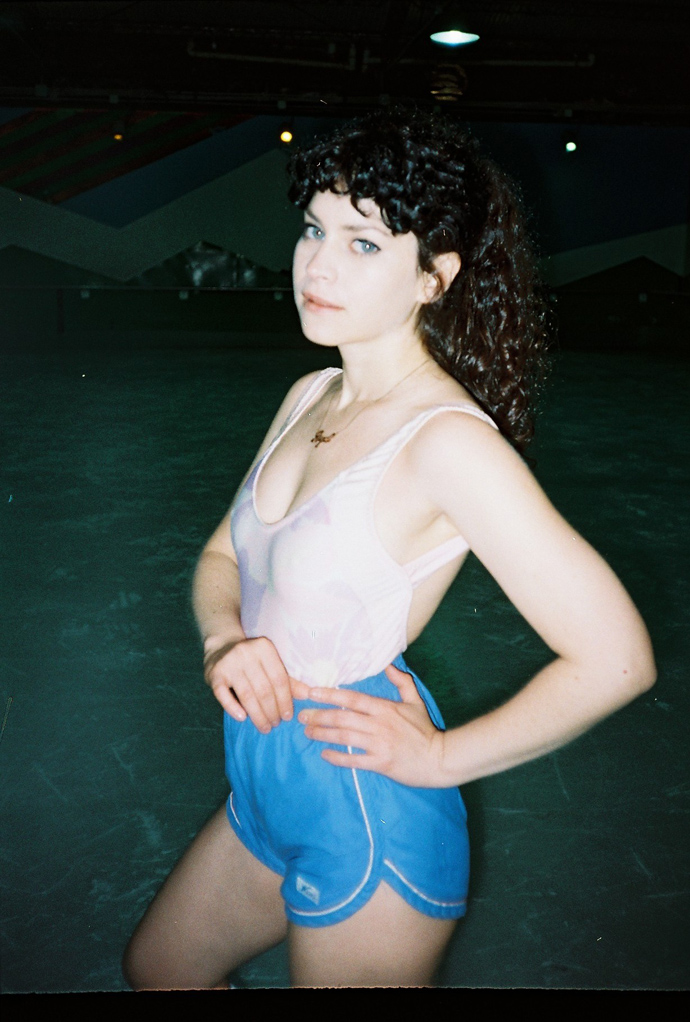 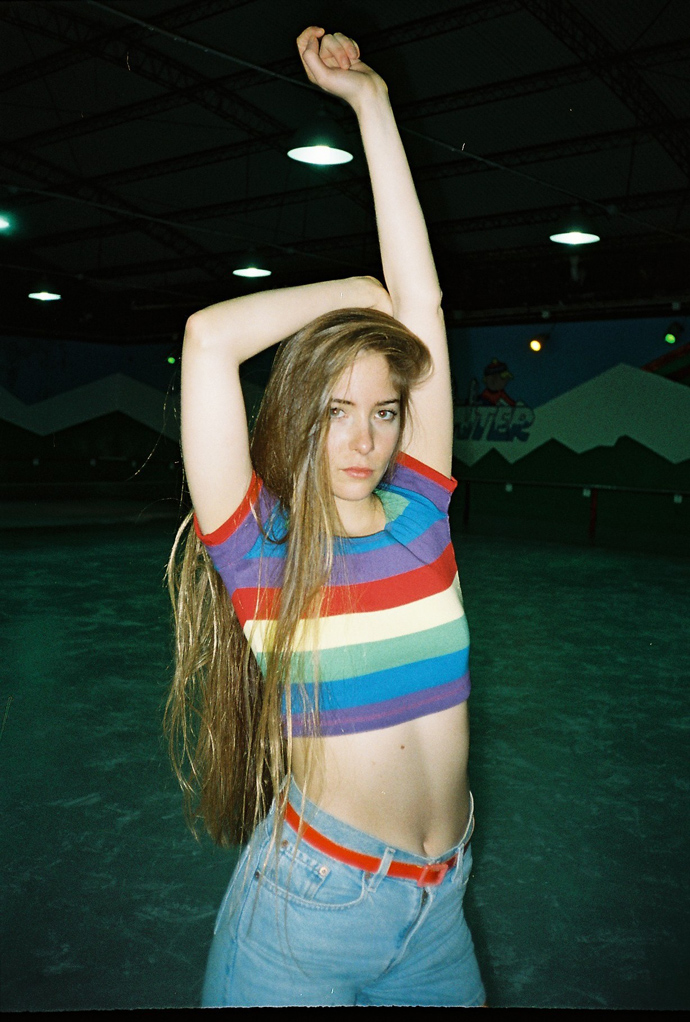 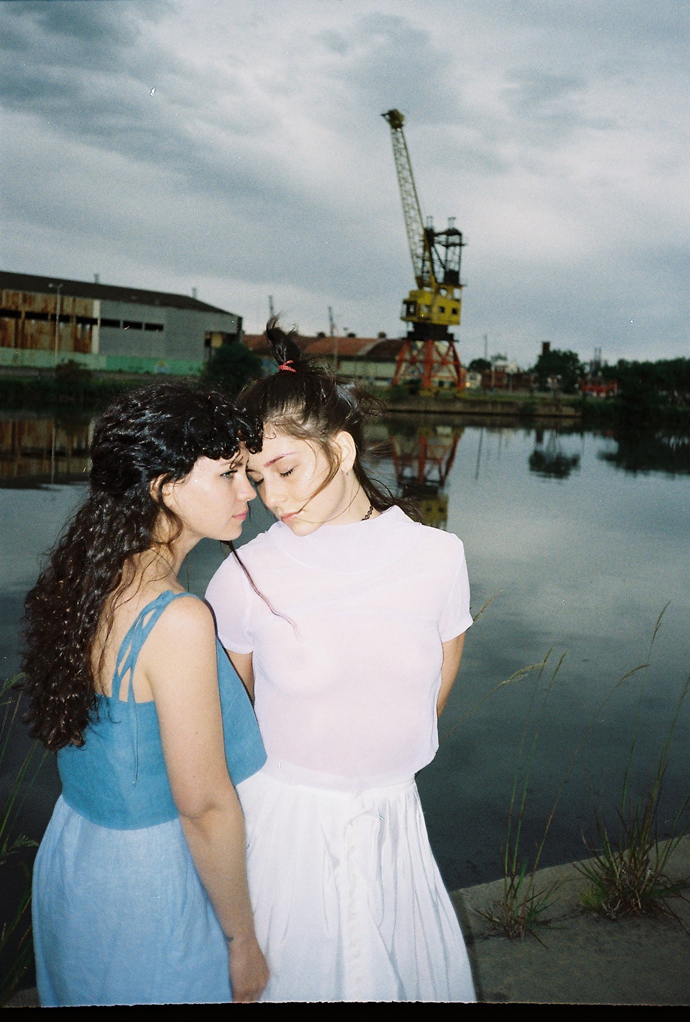 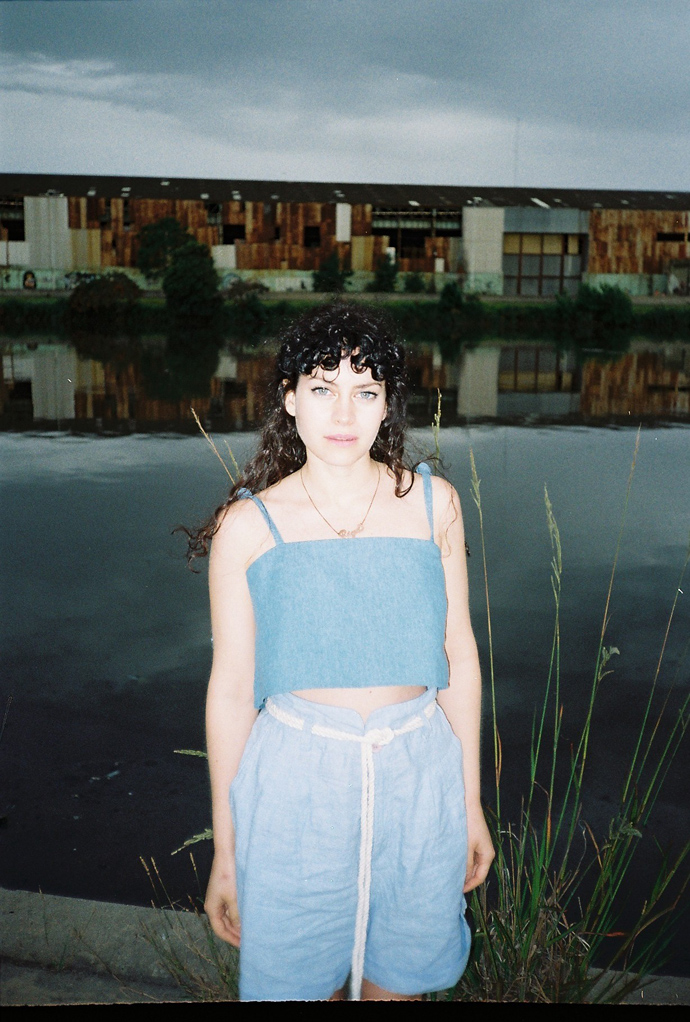 After that it turned really easy for me to contact the other protagonist. I called Agustina Leal, someone I really feel confident with, and on my second line I told her she had to play a very courageous scene where she had to act like a “lolita” and show her boobs in the middle of a bridge with a highway full of cars at the back, something similar to Aerosmith’s Crazy video. When she agreed to do that then I knew all the rest was done.

I had already worked with Anahí Roy, and I asked her to participate but we could never find the right time to get together. I knew she had a special energy and attitude. Anahí has a special behavior that was really present during the moment of shooting. She has such an intensity that makes as all awake all the time and such a natural beauty that I didn’t want her to wear any makeup; I wanted her freckles to be shown. In the end we decided to add something distinctive to the character and she only painted her eyebrows.

KB: What were the difficulties you had to face at the moment of shooting?

Alexan: The shooting was done at a time when we were all really busy and to coordinate a schedule to get together was really hard. Anahí was on the last year of her career as a fashion designer. Agustina was working night shift at a bar and Sebastián, the photographer, was working on a variety of independent projects. This is the first time I work on a video with almost no technical crew. There were only the actors, Sebastián and me. 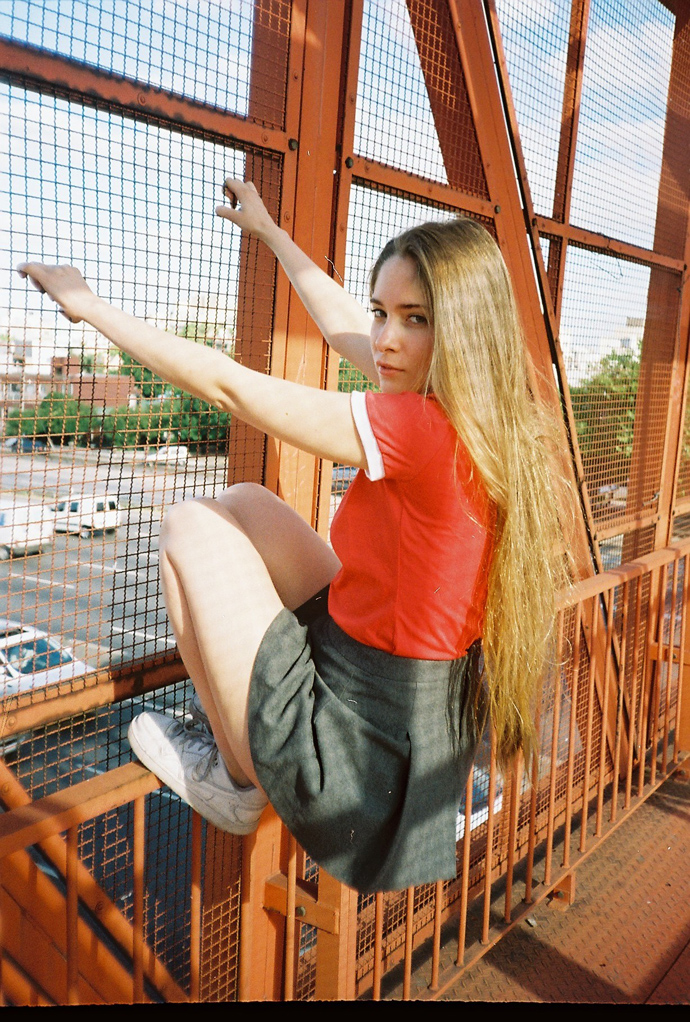 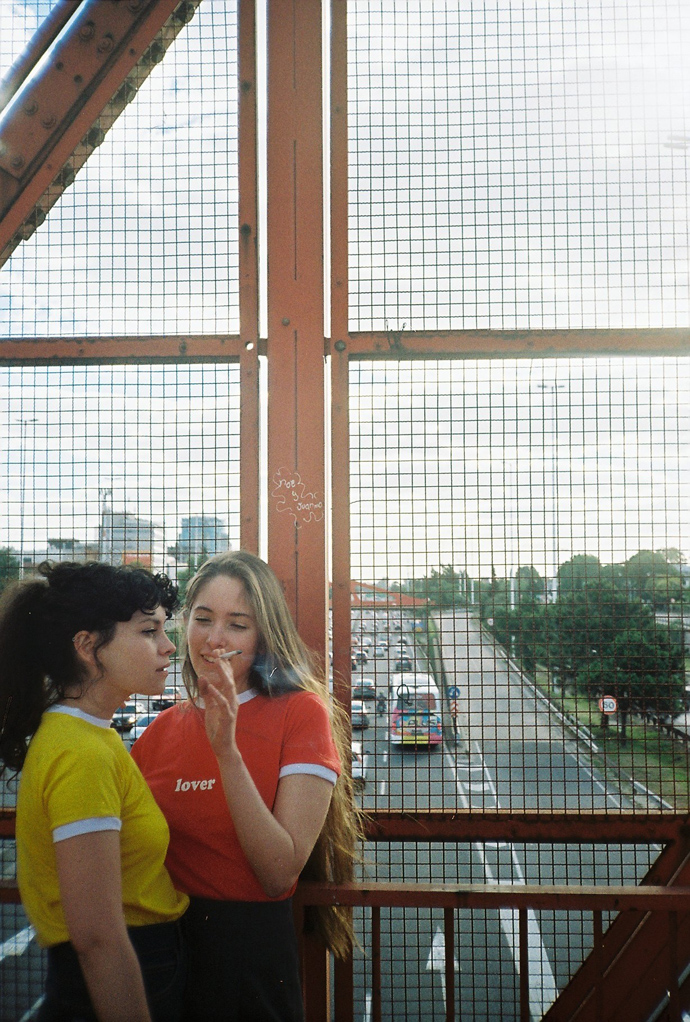 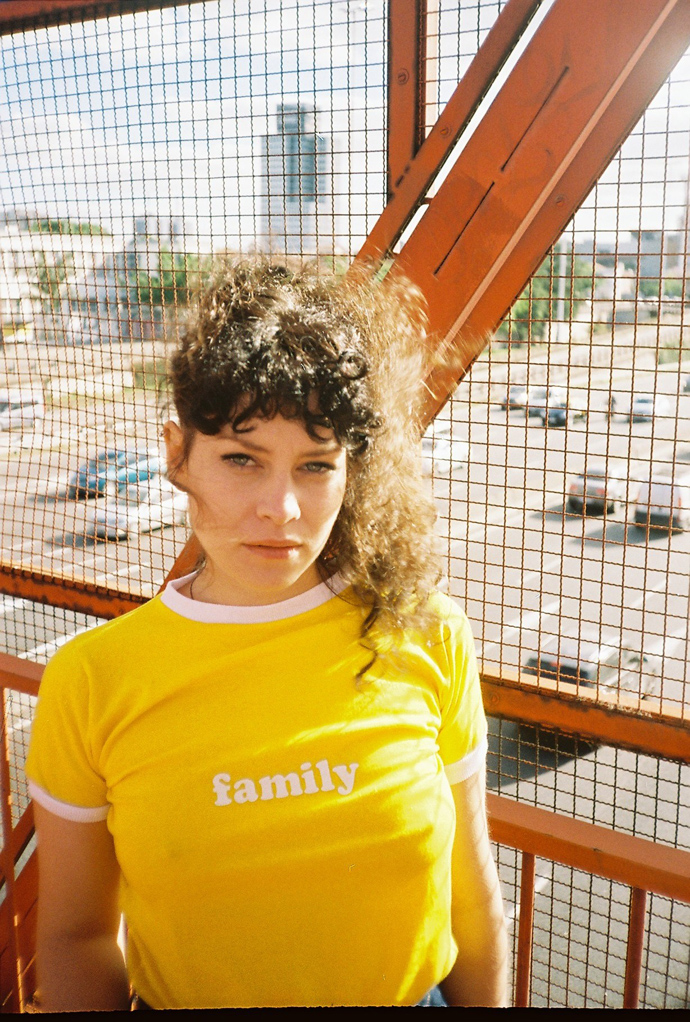 KB: In NOT YOUR GIRLS there’s a magnificent work on photography, do you get involved a lot in these aspects?

Alexan: Sebastián Ferrari was the photographer of the video; we’ve been working together in all of them. He understands my style and we complement each other. He is a thinking person and very down to earth but I am extremely passionate and anxious, so we create the perfect balance.  He takes care of the technical stuff that I don’t know about and I use my intuition and my ability of observation, if there is something I like, then we keep it going. The locations are well known places in the city of Buenos Aires; we always worked with natural light. We didn’t have the time nor budget to get a whole illumination plan. That is something I’ve been doing in my projects for a very long time, I produce and film with the elements that I have and I don’t give it up for being ambitious. It is the only way I have to do things right now; some other time there’ll be more ways to produce.

KB: How was NOT YOUR GIRLS financed?

Alexan: As it happens in most of my works it is independently done, I’m the producer and I finance the costs it takes. However, as it was a short project with a lot of exposition, I needed the actresses to give it all. I fell that they worked with such love and dedication that, in a way, they owned the video. 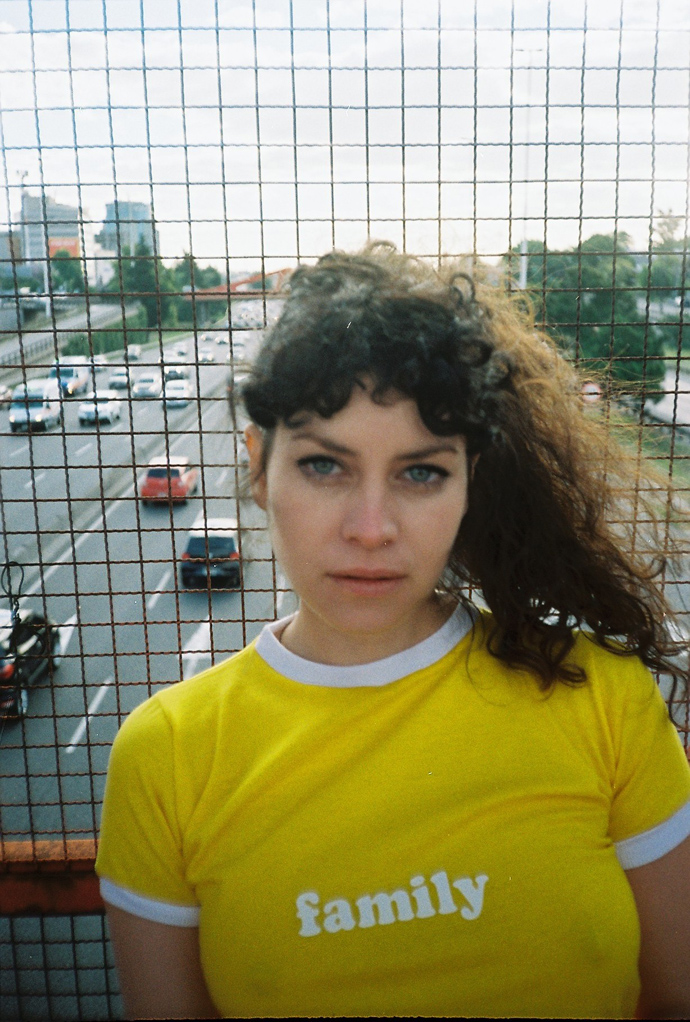 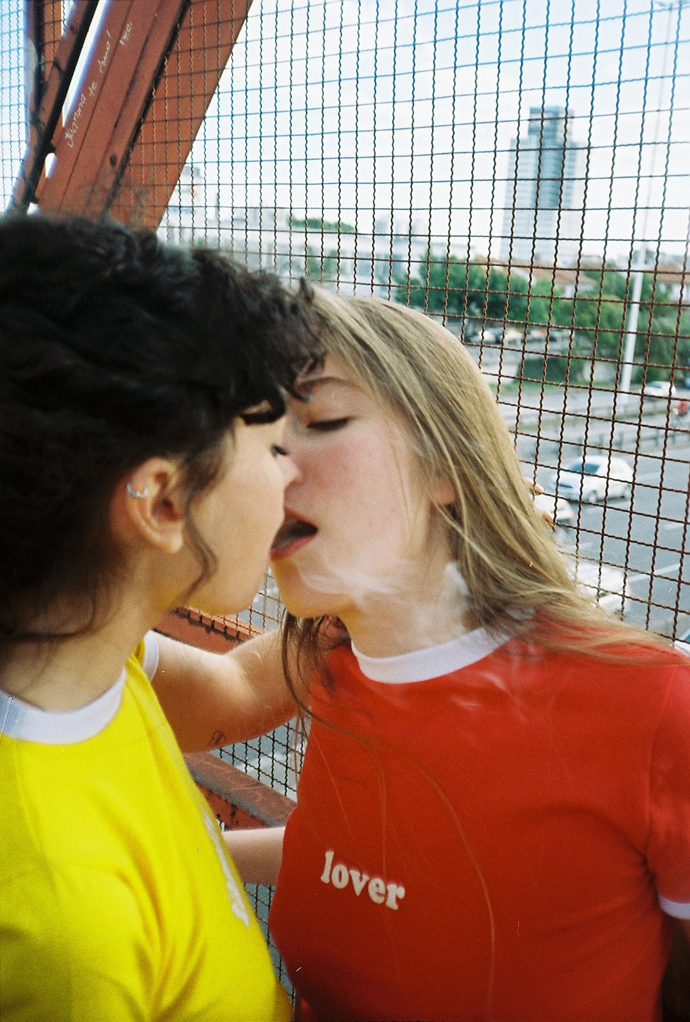 KB: What aesthetic references did you use to inspire yourself?

Alexan: My first inspiration was to work on the girls, as I chose them I had to know what they could give. Creating the characters according to the feelings they gave on me, their movements, physical appearance, looks and even the clothes they wore.  We captured their essence and that was the starting part of the video, I find them very special, they are the kind of girls that show themselves on social media, through pictures, art, paints, I considered them artists so I checked out their posts and pictures to capture from them something useful for the character.

We had a group where we uploaded many reference videos, pictures, custom, colors, clothes’ brands and that helped us get into the atmosphere.

There are two movies that I really liked, “Mommy” by Xavier Dolan and “la vida de adele” by Abdellatif Kechiche for the chaos and the romance.

KB: How did you select the music?

Alexan: It is a song called “Imanes” which means “Magnets” in English, by a band called Piscis Machine. They are form Argentina, I liked them as soon as I heard them so I wrote to Agustín Della Croce, told him that I had an independent project and I wanted to create a short film and add a soundtrack. I asked them if they’d let me use the song to complement my work and I showed him some frames of the film. Fortunately, he said yes and showed a lot of interest. I’m very happy because we both could share our art. 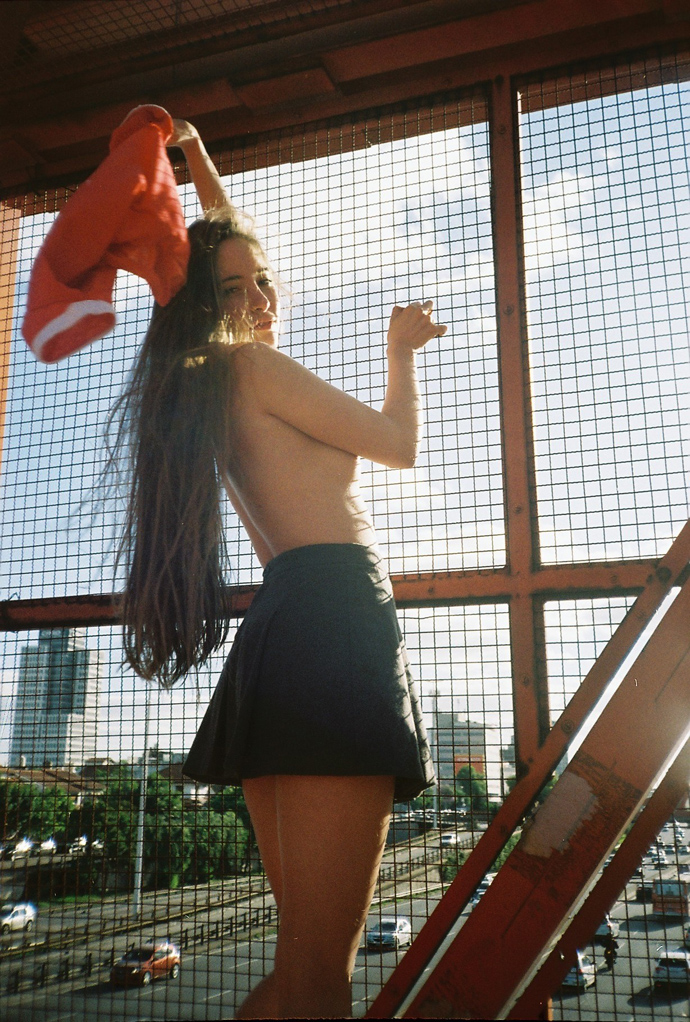 KB: What’s the main goal of the video and its distribution?

Alexan: My videos are mostly done for the internet; I think this platform reaches a lot of audiences. My previous works were shown on many magazines and web sites from all over the world. I think this is the most courageous one and will get a special interest because of it theme, the aesthetic and the love we put by doing it.

Choosing to tell a love story between two women was a decision to open people’s minds, to show real women and vulnerable teenagers in their lives, and see them learn by what they chose in life and by giving love.

I believe the images on the video show different states of mind and you can see that the characters are going through different situations, from having fun, to making love or even felling lonely when they are with the wrong person. I think that in every situation the main goal is to create a feeling or a sensation to make the spectator feel affected in a good or a bad way and be able to solve the puzzle from the outside. 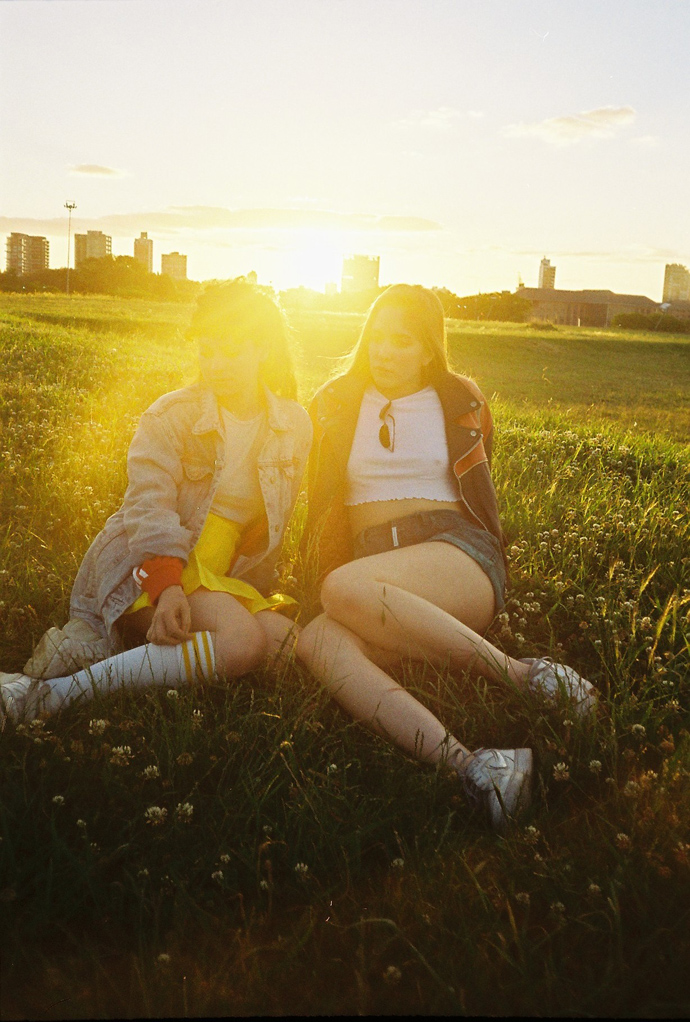 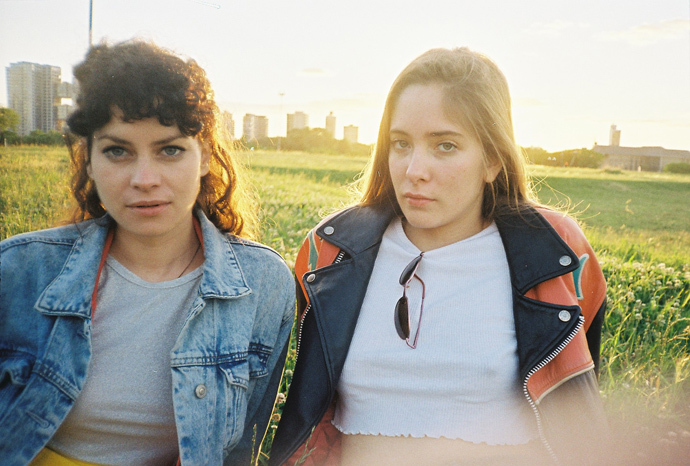