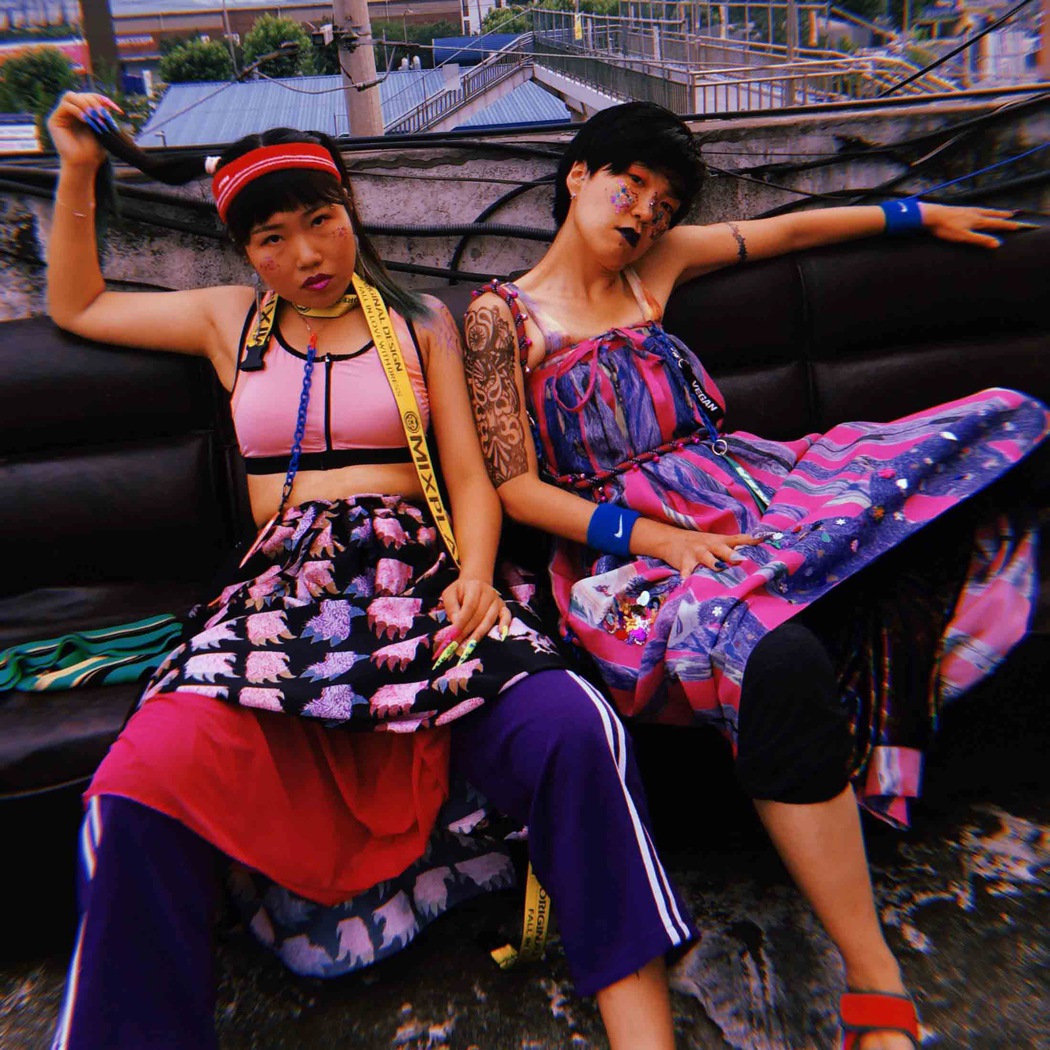 Conceptually uniting an array of techniques including drawing, film, photography, objects, installation, performance and fashion, Black Jaguar views her work as a deflection against oppressive cultures and as a protective shield for marginalized people. 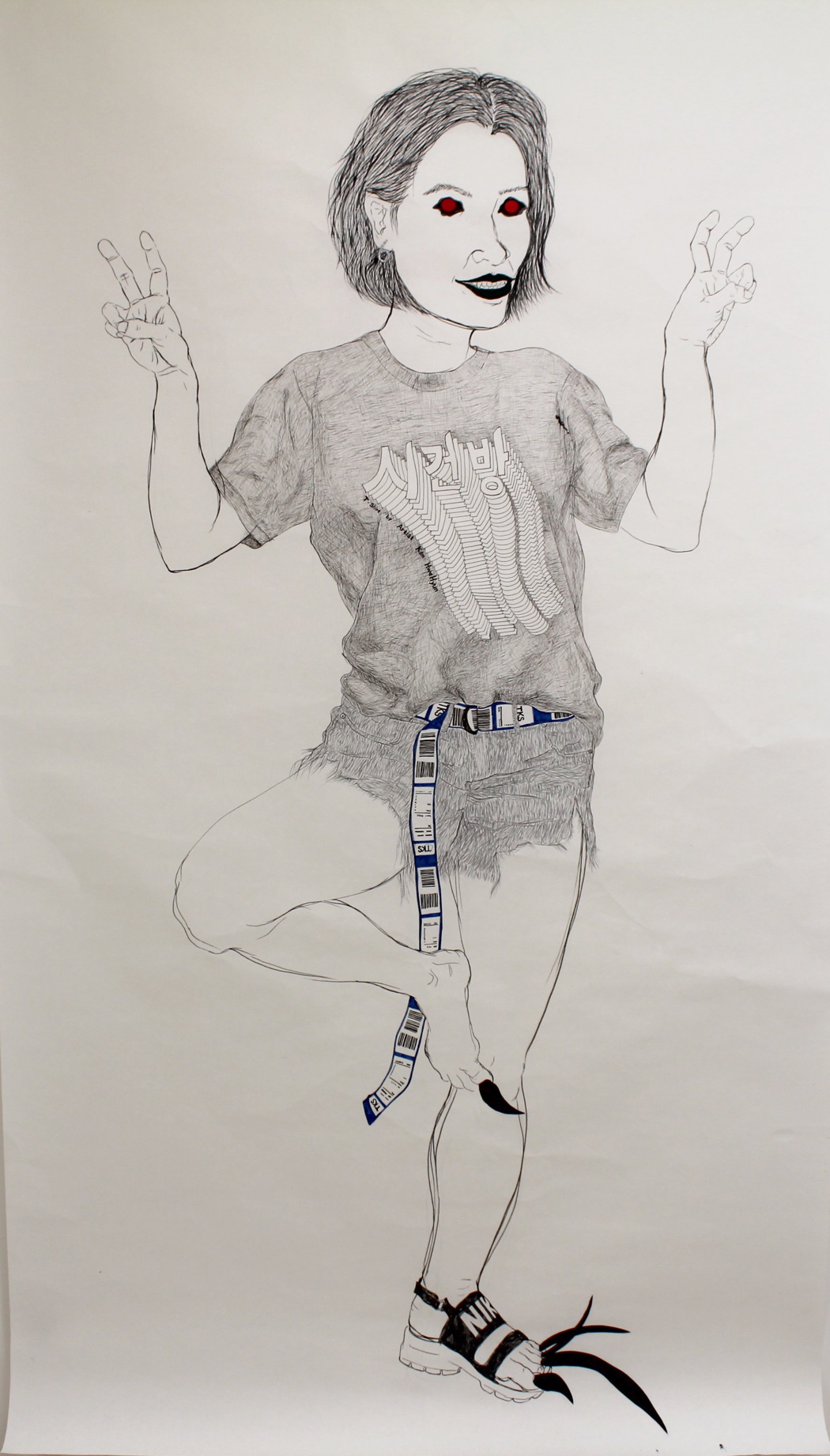 In traditional Korean horror films, mise-en-scene elements such as mirrors or window panes are often presented as a place where ghosts appear, or as a gateway connecting the spiritual world and our own. In Jaguar’s art, the mirror is presented in a social context, as it reflects back the injustices of society, and protects and empowers minorities. By depicting these minorities as the ghosts or monsters that society often views them as and reinterpreting them as powerful beings, Jaguar provides a mechanism for protecting and uplifting them.

In her conceptual fashion project Haute Couture, presented during Spiegel/반사!, the artist deconstructs the role of the Korean Hanbok skirt; a symbol of modesty and propriety, using it as part of her alternative creative narrative. In the 1960’s, a female working class emerged in South Korea; going against traditional gender roles, their liberation developed a sense of fear and resentment in patriarchal society. In Black Jaguar’s view, this misogynistic fear is expressed through the horror film trope of dangerous female ghosts wearing a white Hanbok skirt to lure men into a trap. Haute Couture drastically reimagines the traditional garment both aesthetically and psychologically, with artists and activists involved in feminist and queer movements in South Korea wearing the bright costumes in her photo series and fashion films. The Haute Couture series is taken further in Jaguar’s Ghost Dance performance which incorporates elements of fashion film, the sound of traditional Korean horror films and the reimagined Hanbok skirts. Queer and feminist migrant performers adorn these skirts, holding mirrors that charge them and the audience with a protective, spiritual energy. Wearable objects that appear in the performances are also displayed in the exhibition, their reflective surfaces leading viewers to wonder how they may be worn in defensive against patriarchal fantasy.

Spiegel/반사! also presents the thematically connected series on paper, Samdae (three generations), which incorporates monster-like portraits of her grandmother, mother and herself. The work is a commentary of the commonalities of social and economic poverty and deficiency shared between generations of women, and their struggle to be independent. In the drawings her family stands on one leg with mysterious force, expressing them as transcendental beings with superpowers. The concept of displaying women as monsters stems from ancient creation mythologies in which goddesses were worshiped and symbolized by animals such as snakes and birds, describing the infinite power they possessed. But as patriarchal society developed, the status of the gods became stronger and the goddess eventually lost her presence throughout mythology. Animals that used to symbolize the power of the goddess were merged with the feminine body and transformed into demonized monsters such as Hydra, Medusa, and Dragon. In Samdae, Black Jaguar reclaims a positive image of these mythological monsters by portraying them in a contemporary and personal context, that also speaks of the role of women in different periods of Korean history.

By reappropriating negative representations of women and serving marginalised groups in her multidisciplinary practice, Black Jaguar declares solidarity with minorities, assisting them to protect and express themselves. SomoS is looking forward to an exhibition that will share Black Jaguar’s insight and creative exploration of Korean women’s experiences with an interested Berlin audience, sparking discussion and cross-cultural dialog. 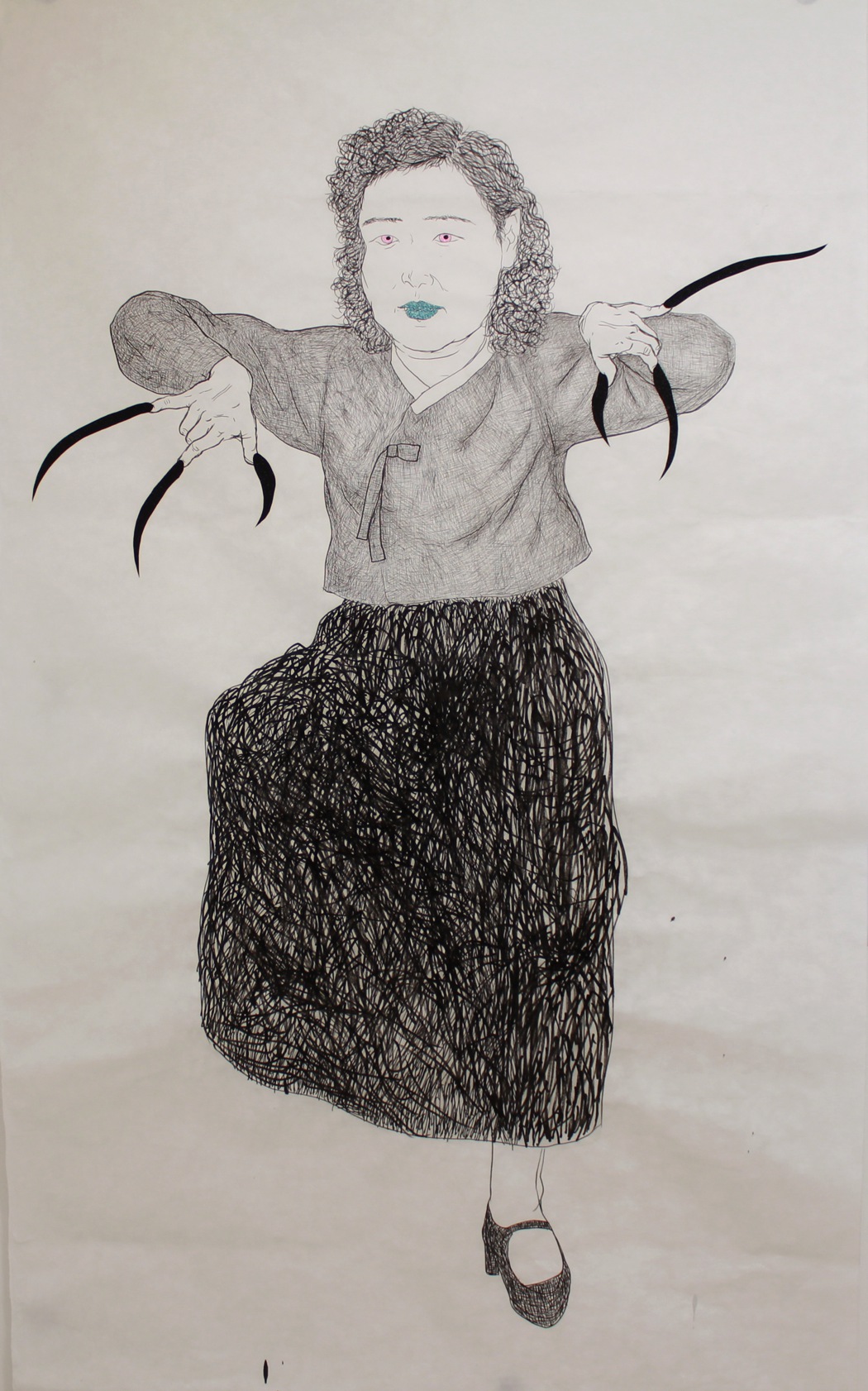 Black Jaguar holds a Bachelor of Fine Arts from Honam University in Gwanju, South Korea. She boasts a number of solo exhibitions in her native Seoul including Sunyoung, Miyoung, Mi Young at Space XX in 2017, World of Others at Laser in 2017 and VEGA at Seoul Foundation for Arts and Culture. Jaguar has participated in group exhibitions throughout South Korea, notably the 2014 group show Momsal at the Sungkok Art Museum, Seoul, and the Gangwon International Biennale, with her performance piece Appellant, ARGH!, in 2018. Other group exhibitions include The Interlude at Insta Art Space, Seoul in 2019, the Memorial exhibition for the 5th anniversary of the Sewol ferry disaster The Sea Will Not Sink at Ansan Arts Center, in 2019, Looms & Battles, Total Museum, Seoul in 2018 and Not Allowed to Ban, Suwon Ipark Museum of Art, Suwon in 2018. She was also a member of AWA (Association of Women Artists).

Black Jaguar’s artist residency at SomoS is supported by the Arts Council Korea.