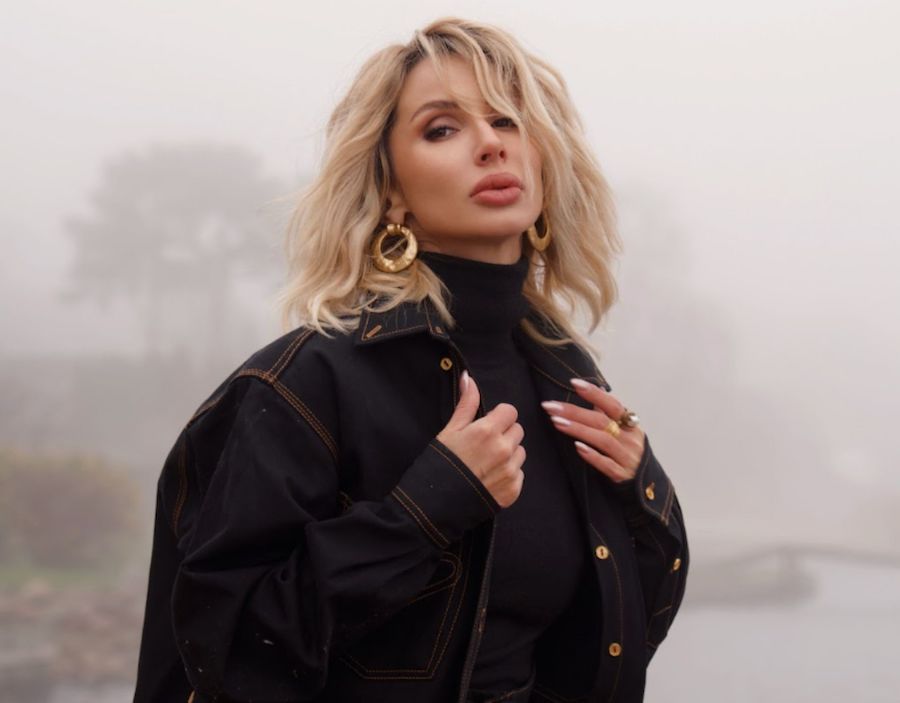 “Now is the time not to lose heart, but to unite, to help each other and to go together to victory!” – In conversation with Loboda

We’re closer to the one-year anniversary of Russia’s brutal invasion of Ukraine. Since then, many Ukrainians have fled the country, left people behind and experienced countless loss and terror. KALTBLUT spoke to the Ukrainian pop singer, Loboda, who has just recently released the first single from her upcoming album and had a chat about the last year, her concerts and charitable work. Read the interview below.

KALTBLUT: I want to start with your upcoming album. Can you tell me a little bit about the mood of the album and how it compares to your previous releases?

Loboda: This album is absolutely special to me. After the tragic events that began in my country on the 24th of February, I could not find the strength to enter the studio for a long time. It seemed to me that people were not interested in music, and it was difficult to find inspiration to find new material. All my thoughts and power have been cast on saving people. But one day, returning earlier from the volunteer staff, where I spent all my time, I opened an E-Mail and saw an E-Mail from a writer with the song “Два незнайомці” (“Two Strangers”). It was the starting point for the new album. It is filled with pain and sincerity – the feelings that millions of Ukrainians are experiencing now.

KALTBLUT: You’ve previously explained how you acquire your songs and on the collaboration with different writers. Can you elaborate a little on how that process works on an album? Are you looking for specific moods, sounds in the submissions you receive?

Loboda: I get hundreds of songs in my inbox every day. I listen to them all myself and if I find that the song finds its heart, ask my managers to contact the author. I have the final picture in my head – exactly how I want the track to sound. And when we select 8–10 songs that can be combined with one concept – we decide to release an album.

KALTBLUT: “Два незнайомці” is the first song you released from your upcoming album. It’s also your first song in Ukrainian, I believe. How was the transition from singing and working on songs from Russian to Ukrainian?

Loboda: In fact, there was no transition. And before the war began, I had songs in Ukrainian. I am glad that now there are more, and my new album is already 50% Ukrainian-speaking. I want my music to be understood by the widest possible audience, so I sing in Russian, Ukrainian, and in the future I plan to add English-language tracks to the repertoire.

KALTBLUT: In an interview with Скажи Гордеевой you talked about how your life completely reset after the 24th of February 2022, and you cut all ties with Russia. Can you tell me a little more about that?

Loboda: On the first day of the war, I gathered my family, and we left Russia. I cancelled all my speeches, which were scheduled for six months in advance, cut all contacts, left all my possessions. I just couldn’t pretend like nothing was happening, go on stage, sing and smile while people were dying in my country. I am Ukrainian, and I love my country very much and will be with it to the end, helping with everything. Yeah, I had to start my life over with two little kids, but I chose the light side, and I’m proud of it.

I am Ukrainian, and I love my country very much and will be with it to the end, helping with everything.

KALTBLUT: You’ve often gone back to Irpin, where you were born, since the invasion and spoke to people there, as well as helping. What were the stories you’ve heard from them, and can you elaborate a little on your charity work?

Loboda: These are stories about the strength of the spirit of the Ukrainian people, about people who were not broken by circumstances. Even in their darkest moments, they have not left their land, and it is my duty today to help them return to their normal lives. My charitable work is in several directions: we have created LOBODA Help Center – a telegram channel of psychological assistance, where around the clock eight professional psychologists provide support to those who, because of the war, have fallen into difficult situations and need the help of specialists. I am cooperating with the international charity fund DUSHA, which coordinates one of my main directions – reconstruction of houses in my hometown of Irpin. The team and I recently calculated, and it turned out that in total I transferred to help in various organisations and individuals about 14 million Hryvnia (around 400 000 euro). Now is the time not to lose heart, but to unite, to help each other and to go together to victory!

Now is the time not to lose heart, but to unite, to help each other and to go together to victory!

KALTBLUT: Where do you feel your home is now?

Loboda: My home is where my family is. At the moment, it is the Baltic Sea – Riga. I am fine here, and I have already loved this place. But at heart, every Ukrainian believes that very soon they will be able to return to their home, to their native land.

KALTBLUT: What’s your favourite song from your upcoming album, and why?

Loboda: Songs are like children. You can not love one child more, each of them is very dear to me and loved.

KALTBLUT: You’ve played two shows in Germany this month and some next year. What can fans expect from your shows?

Loboda: I really want my audience to be distracted by the news for at least a few hours and be in a world where there is only love and music. Our life today has become very complicated, and it lacks so many positive emotions, so, at my concerts I try to give a warm and positive attitude. In every city we bring a big show, sing as everyone’s favourite hits and songs from the new album, communicate a lot, support each other and send into space energy of peace and unity.

It is important for Loboda to visit the centres and organisations that are cared for by Ukrainian refugees in every city she performs in. In Frankfurt, Loboda managed to visit and meet with more than 300 Ukrainians, who are fostered by the German organisation, Malteser Werke, and discuss important everyday issues in which the singer can additionally help. And for her fans from Ukraine, the artist allocates for each concert more than a hundred free tickets, so that everyone had the opportunity to spend an evening with their favourite singer.

All photos are provided by Loboda and her team.

Want to read more? Have a look at our interview with Max Barskih, one of Ukraine’s biggest pop stars.