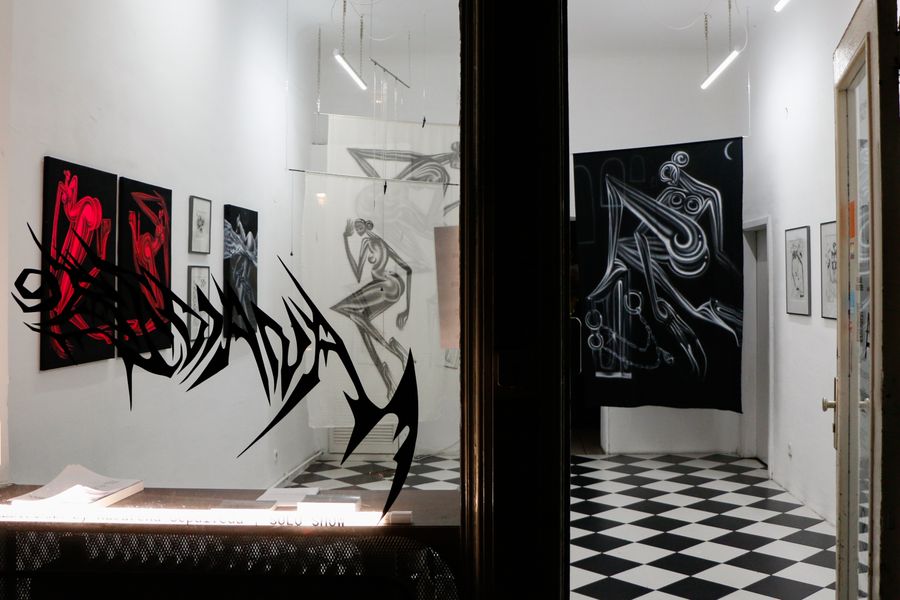 AKA Berlin is proud to announce OBSIDIANA, the debut solo exhibition of Chilean-born, Berlin-based artist Macarena Sepúlveda (b.1990). The show, featuring pencil on paper, acrylic on canvas, acrylic on cotton fabric and glass blowing artworks, is hosted at AKA’s gallery space on Pflügerstraße 6, 12047 Berlin 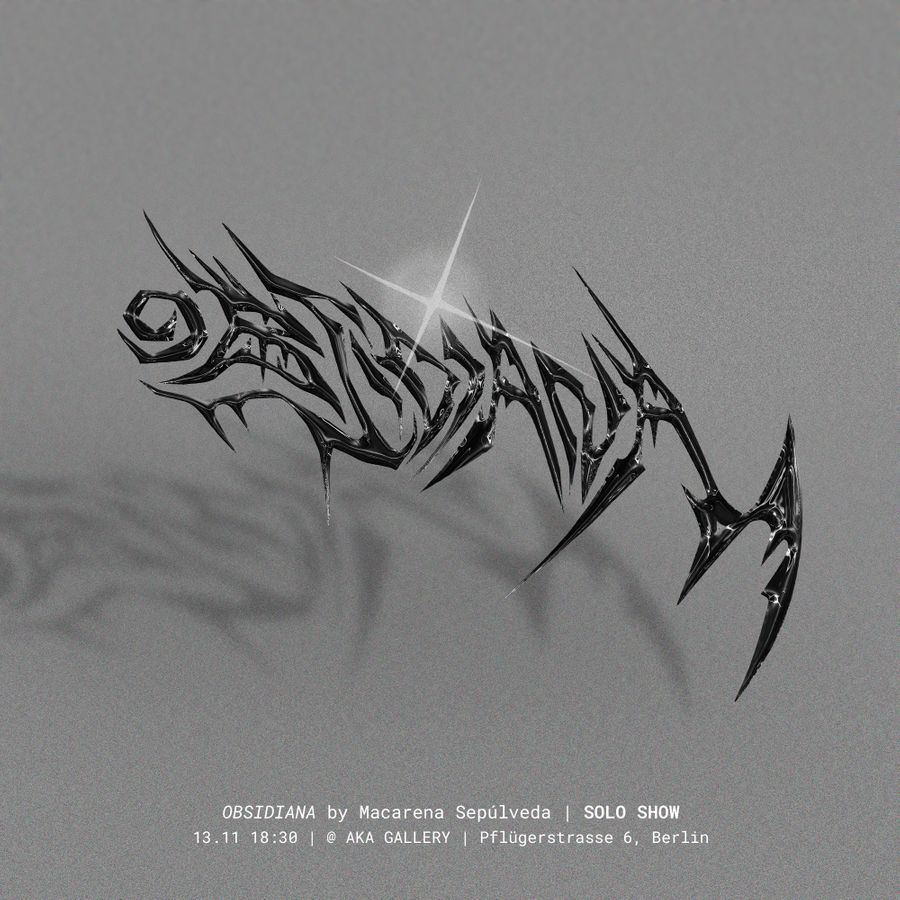 Taking its name from the naturally occurring volcanic glass, Obsidian (Obsidiana in Spanish) — which is used as a talisman to purge and protect — Sepúlveda’s captivating and empowered female figures are central to each work and are palpably at war with archaic interpretations of sexuality and strength. 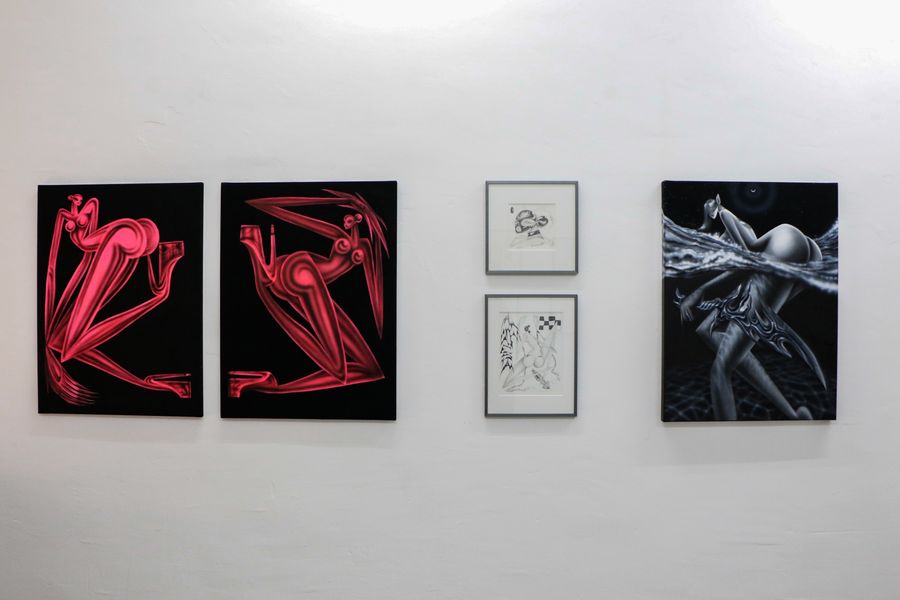 In 2017, Sepúlveda began feeling realities that were unfamiliar to hers — thoughts coming from an unknown past. Uneasy, she explored alternative medicines and therapies in search of clarity. From biomagnetism to holographic repatterning, two different practitioners identified a compass pointing in a singular direction. Spurred to find answers to questions previously unasked, Sepúlveda uncovered the tragic death of her Great Grandmother.

“I was feeling like none of this belonged to me, that it must have been somebody else’s story. I started drawing these women. Back then, they were all naked, contextless, floating nowhere. I was drowning. She was drowning. It was her who I had to heal.”

The women pictured in OBSIDIANA are bold and brave, and the BDSM-inspired attire worn by some of them could be interpreted as an armour between their authentic selves and the eyes of the world. Their distant glances and nonchalant poses invite viewers to connect with them confidently and comforted by their unified presence. 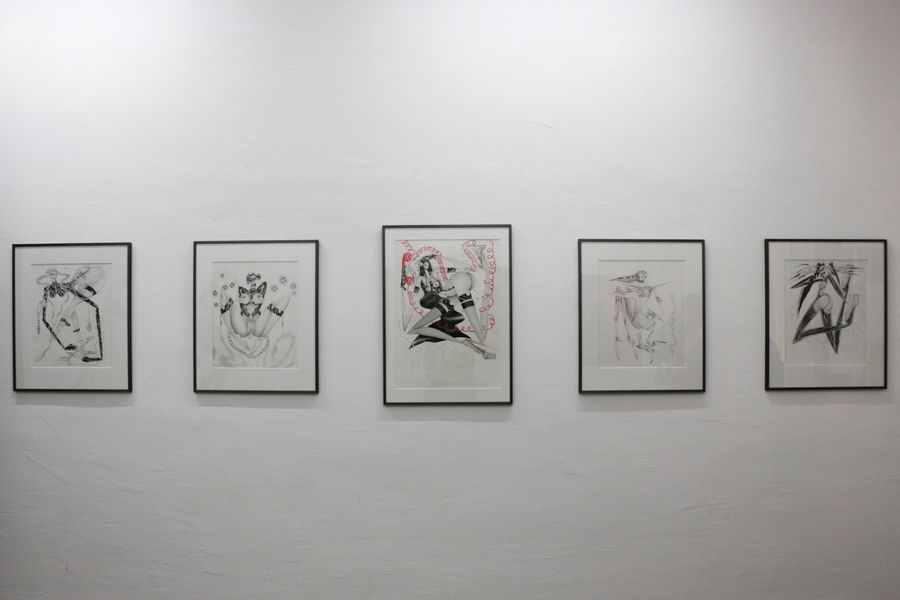 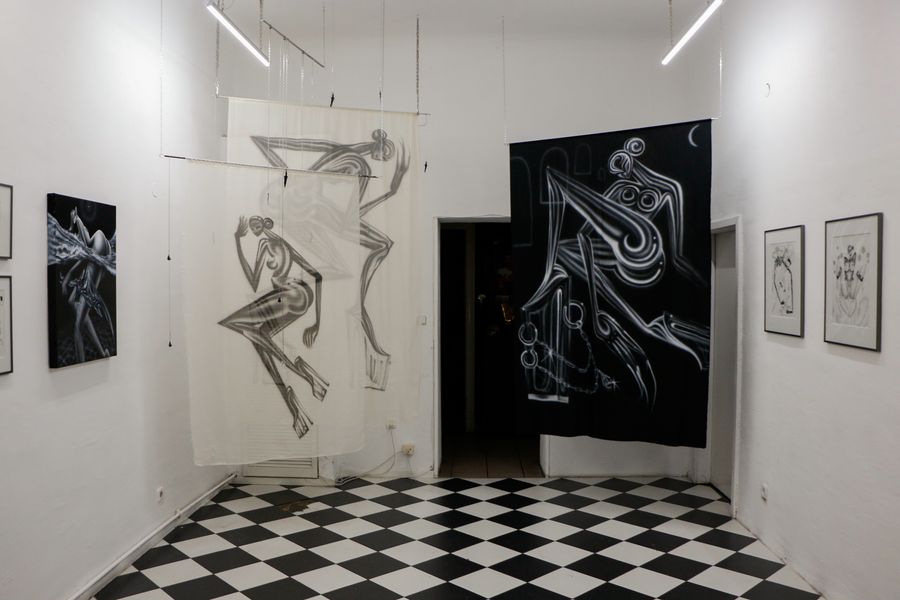 AKA Berlin co-owner Sophie Lee says, “We couldn’t be prouder to host Maca for her beautiful upcoming show. I can’t think of a better artist to allow us to re-solidify the relationship between the gallery space and tattoo as a practice. We are all in awe of her work.”

Chilean-born, Berlin-based artist Macarena Sepúlveda (b.1990) began drawing as a child, first exploring the medium in a bid to fill long train journeys taken by her and her Mother to visit her Father while he completed his studies in another city. As an adult she continued developing a unique style, studying graphic design initially and later moving into the world of tattooing, where she has become widely recognised for her unique, powerful illustrations of the same feminine figures that dominate her debut solo exhibition, OBSIDIANA.

As a tattoo artist, painter and illustrator, Sepúlveda’s recurrent motifs of strong, sexual women and the tools they use to protect themselves speak not only of her own emotional and personal expression, but also to the femininity, complexity and queerness of her audiences. She has built her fortress in solitude, but her works welcome the viewer’s search for connection and solidarity. She continues to expand her creative practices and recently began studying the millenia-old craft of glass-blowing, evolving her signature style in a transition from paper, canvas, textiles and skin to the sculptural beauty of glass.