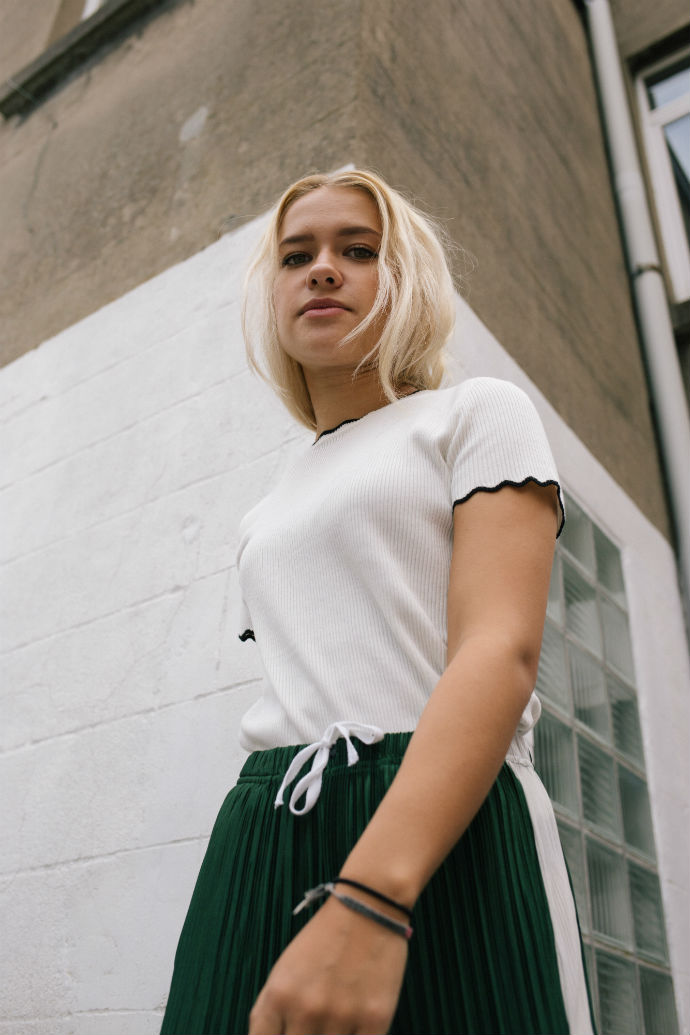 Dutch artist Elle Hollis makes a compelling debut with the slick ‘Luxury’. The bold electro-pop single combines brooding lyrics with rich and sultry production, providing a captivating example of Elle’s unrivalled songwriting.  “Luxury is about the feeling of only being able to show someone how you really feel about them when you’re under the influence of something like alcohol,” explains Elle on the track, “And even though it can be so much fun to be reckless and impulsive for a moment, it’s also kind of sad, cause the feelings are still there when the alcohol wears off. And if you really care about someone, you should be able to express that always”. Now recently signed to Be Yourself Music Elle Hollis is on the verge of doing something very special with her global pop sound that nods to the likes of Astrid S, Banks, and Sevdaliza.

Elle Hollis’ musical seeds were sown from humble beginnings. After growing up in Nijmegen and during her second year of university (studying a degree in English), Elle embarked on a creative-trip to Stockholm – otherwise known as Europe’s pop Mecca. Here Elle flourished, traversing the ins and outs of the music industry while eating, breathing and sleeping pop music. The result was a highly cultivated pop-sound that clinched the young talent a publishing deal with Warner/Chappell.

Luxury is Elle Hollis’ debut single for Be Yourself Music and calls on a plethora of different styles for a varied sound as captivating as it is unique. Dark, hypnotic production shuffles along while deep swells of synths, sharp percussion and a melodic bass line underpin Elle’s intoxicating vocals. Luxury marks an exciting new direction for the Dutch songstress and is sure to signal the start of something very special.

‘Luxury’ is out now via Be Yourself Music
Stream/download here: http://listento.beyourselfmusic.com/BYMDS039SC