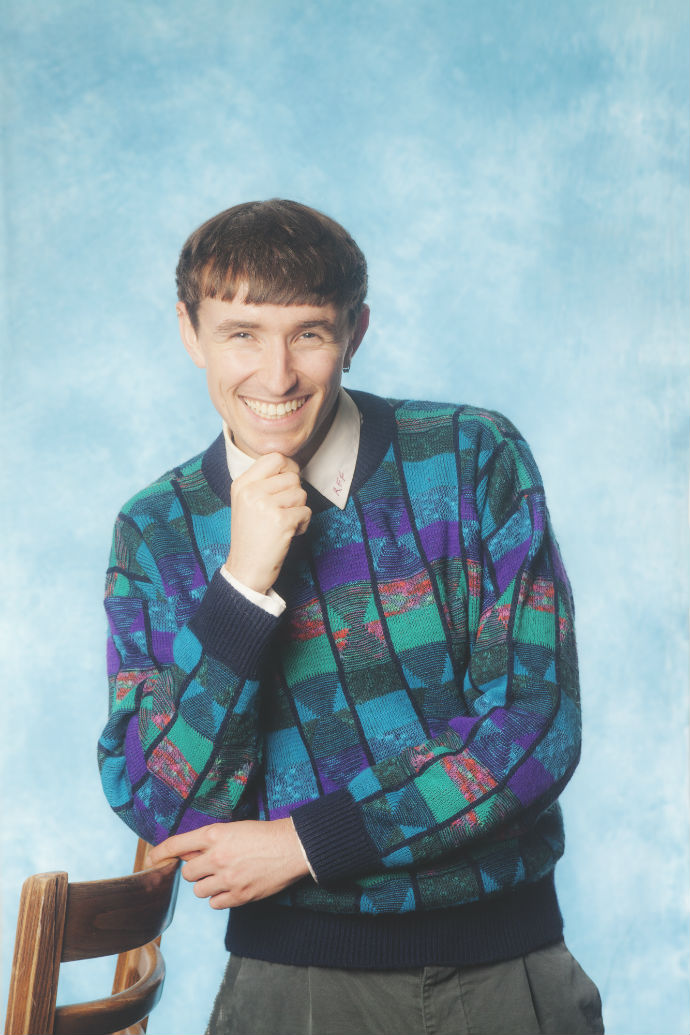 Ross From Friends will release his debut album ‘Family Portrait’ tomorrow via Brainfeeder Records, but in the meantime has dropped this little gem: ‘Pale Blue Dot’. In 1990, when Felix (aka Ross From Friends) was just a twinkle in his father’s eye, his dad – having built up a sound system in the 1980s while playing at various squat parties around London (including the then derelict Roundhouse) – decided that he wanted to get out of the capital and see some of Europe. He got his hands on a bus and started putting the word out through a network of like-minded friends and acquaintances. At the time just a friend of a friend, the trip caught the attention of Felix’s (future) mum, who offered to document the whole thing in return for a seat, and in 1990 they loaded up the sound system and hit the road. They travelled through France, Belgium, West and East Germany (though returning through a unified one) and beyond, setting up in towns to share their passion for the sounds of hi-NRG dance, Italo disco and proto-Techno through spontaneous parties in whatever venue they could find.

Having recently made his inaugural outing on Brainfeeder with ‘Aphelion EP’, British producer Ross From Friends returns with his debut album on Flying Lotus’ label. ‘Family Portrait’ is characterised by a perpetual desire to experiment and Felix’s obsessive attention to detail, somehow marrying an intricately layered production style with warm, heavily saturated sonics that elevate, rather than stifle, his melodious funk. With a handful of revered 12”s under his belt via Breaker Breaker, Lobster Theremin, Distant Hawaii, Magicwire and a 10” on Molten Jets. ‘Family Portrait’ showcases his ability to shift and evolve, moving from the world of lo-fi to the world of FlyLo, he demonstrates a versatility exemplified by the ease in which he can switch between playing shows with Little Dragon, holding down a peak-time slot in Berghain’s Panorama Bar and performing live at Maida Vale for BBC Radio 1.

The culmination of almost two years of intense studio time, working 20 hour days and often spending months perfecting just one aspect of a track. “I tried to be careful with every single sound” he explains, “Trying new things, making a bit more of an explosive sound”. The album also finds Felix recording his own voice for the first time, with the resulting tracks acting as snapshots of his personal life while recording. “Every time I went to make music the things which would really grab me are the emotional things, and while I’m in that place I felt I could really focus on the track. That was a massive part of this album, tapping into my emotions… into my emotional instability”.

The album title – ‘Family Portrait’ – also nods to a very specific personal aspect of the record: the influence of his parents. Dance music has always been a feature in Felix’s life, with early memories of his dad producing music on his analogue set-up, or pumping out hi-NRG tracks on the turntable, he grew up discussing, sharing and learning about music from his dad. “My dad has been hugely influential to the whole thing,” he explains. However, it was with the emergence of some old family VHS tapes, and the story of how Felix’s parents came to meet, that the true significance became clear.

As integral to the Ross From Friends identity as the recorded music is the live show, the two have always existed in tandem. Enlisting the skills of two friends, John Dunk on sax and keys, and Jed Hampson on electric guitar, to build out his arrangements into a show which works as well on a festival stage as in a club. The band head out on a headline tour in September, with upcoming live shows at Primavera Sound, Field Day and Kala Festival this summer to name a few.

‘Family Portrait’ is released on vinyl, CD and digitally via Brainfeeder on 27th July 2018. Pre-order here