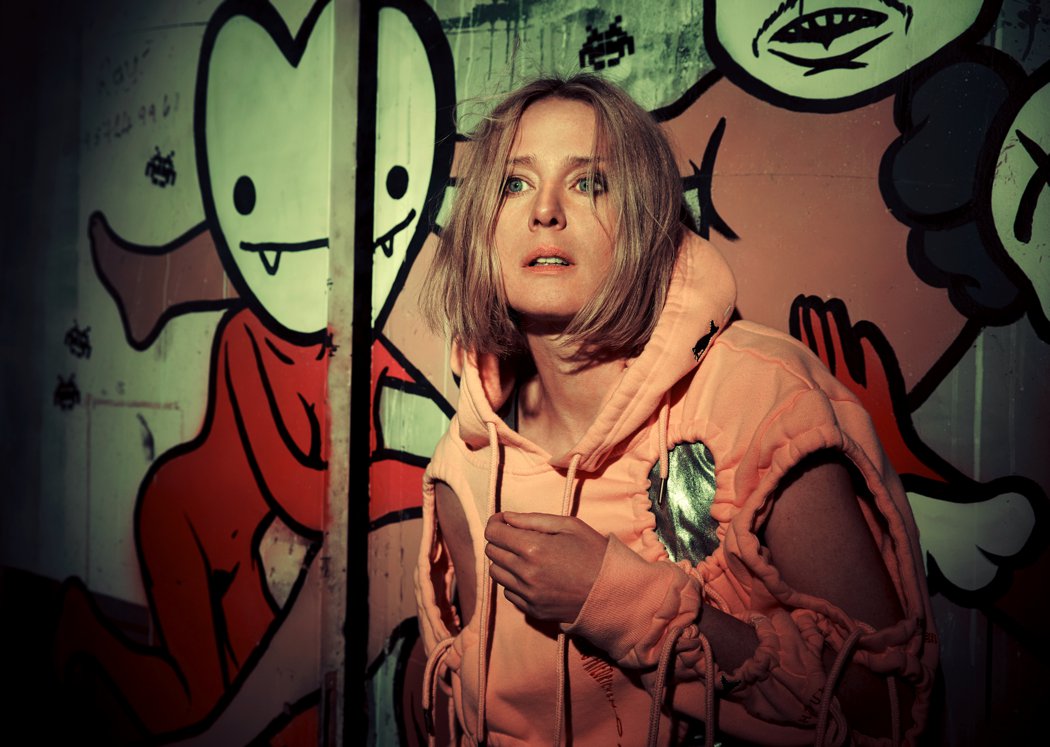 Róisín Murphy – An Interview with The Queen of Outsider Pop

The Queen of Outsider Pop is taking us back to the clubs in triptastic fashion as Róisín Murphy, Irish singer/songrwriter turned director/producer and formerly of 90s duo Moloko, talks collaborations, life lessons, clubwear and staying authentic in promotion of her new solo project; A series of vinyl releases with legendary DJ/producer Maurice Fulton.

KALTBLUT: First off, your new song Jacuzzi Rollercoaster. Ft Ali Love dropped last month. Congrats, its a very fun and energetic song. Tell me how this collab came about?

RÓISÍN: Ali is a friend of mine and to be honest, if I was ever going to choose a male singer counterpart it would be him. He’s so unbelievably soulful and his hooks genuinely mean something because he’s not ego driven. He’s classic, blue-eyed soul basically and he just lives and breathes it. It was meant to be, it all came about very naturally, right piece of music at the right time.

KALTBLUT: The kaleidoscopic style of the video has been described as a sweaty, psych fun-fest. Where did the concept for the video come from?

RÓISÍN: This visual comes directly after my previous two videos for All My Dreams and Plaything, part of four staggered releases. All manufactured in the way you digest and engage with club music. You don’t buy whole albums, so my initial thought was how do I incorporate this into the visuals? The answer to that would have to be the people. The videos are all about the people featured, focusing on club culture, about dancing, music and love. In Jacuzzi Rollercoaster, we’ve left the club and gone directly into the trip. The narrative remains throughout due to the spirit of the people involved.

Be bold, be ambitious, be creative but most importantly, don’t be afraid to be you

KALTBLUT: Tell me more about how your new tracks with Maurice Fulton?

RÓISÍN: I’ve wanted to desperately work with Maurice for fifteen years! People want me to do disco and dance music and how do I do that without being a total cheeseball and the answer is Maurice. He made a remix of one of my tracks called House of Glass from Hairless Toys (2015.) I loved it so much that I made a video for it, even though it wasn’t released as a single, which I think melted his heart a little which in turn helped open the conversation about working together for this current era.

KALTBLUT: What has influenced and shaped your most recent work?

RÓISÍN: Maurice! And Sheffield. I started my music career in Sheffield so there’s a lot of nostalgia in these new records for me. There’s nothing posh about it, nothing refined. It’s rough and authentic. It’s me.

KALTBLUT: Does it get harder to create, the more albums you put out over the years?

RÓISÍN: Thankfully it all works very natural for me. At the end of an era, a new one just seems to start. The way that I started came about by chance and I’d describe myself as being very lucky. It’s all one big experiment after another. The biggest thing I do is decide who I’m going to work with next. I let my life lead my work and not the other way around.

RÓISÍN: My music is always a collaboration so I’d have to say collaborative.

KALTBLUT: What is the most important thing you have learned about yourself as an artist since you started?

RÓISÍN: I haven’t learned anything! Musically, I learn everyday. I think I know what I’m doing then I don’t know what I’m doing. I want to continually question what I’m doing at all times. And I do feel that there has to be a point in time when you say “right that’s enough now, it’s over.” Until then, I’ll be nitpicking every single aspect of what I do. That being said, it’s really important to fail as that’s the only way to evolve.

Third instalment in my #Podcast series #syncsessions chatting to @thedjangos is out now. @heineken #liveyourmusic

KALTBLUT: Tracks like Plaything and All My Dreams are casual club chillers and all-round hypnotic tracks about losing yourself in the moment. If you could go back to one moment in your life what would it be and why?

RÓISÍN: I’ve lived on my own since I was 15 years old and nothing’s ever really happened to me. I’ve no stories, no spit-roasts! If I had to go back to any moment or time, it would be when I made that decision, to stay on my own at such a young age. I’ve never lost myself in the moment in all honesty.

KALTBLUT: If you could tell your younger self one piece of advice what would it be?

RÓISÍN: I think my younger self could talk to me! The little skinhead in her PVC trousers, I’d say brilliant! The spirit of that girl was just the best thing. My sixteen year old self would probably call me a dick.

KALTBLUT: You have a strong sense of fashion and a very unique, individual take on your own personal style. Where do you think this came from and how have you applied it to your own visual projects?

RÓISÍN: I style everything from head to toe, but my most recent videos have focused on the authenticity of the individuals featured so I wanted that to be conveyed by them wearing their own clothing. That being said, I’m not into fashion the same way I used to be. “the hot trend” doesn’t mean what it used to mean. Statement socks and fishnet ankle socks blah blah blah. It’s soulless now. It’s all about what sells and not necessarily about culture and telling a story, which is what fashion should be about.

KALTBLUT: What’s your favourite outfit you have ever worn?

KALTBLUT: Do you have a favourite era of fashion?

RÓISÍN: No, I really don’t. I love anything vintage and have done since I was very young. It’s not part of the seasonal approach of the commercial machine. You can always find something original and personal. I was very influenced by the 1960s at one point and the Velvet Underground which made me standout quite a bit in school.

I think Anna Wintour once said her worst nightmare would be wearing anything vintage. Thank you Anna! More for us!

KALTBLUT: Anything you regret wearing?

KALTBLUT: You wear and support a lot of independent designers. Do you have any favourite designers?

RÓISÍN: I love Pam Hogg and people who emulate that look. I also love Vivienne Westwood, although I don’t buy Westwood anymore as it no longer relates to me but it is still one of the most interesting places to shop in London.

KALTBLUT: Finally, What advice would you give to independent female artists starting out in today’s music industry?

RÓISÍN: Be bold, be ambitious, be creative but most importantly, don’t be afraid to be you.