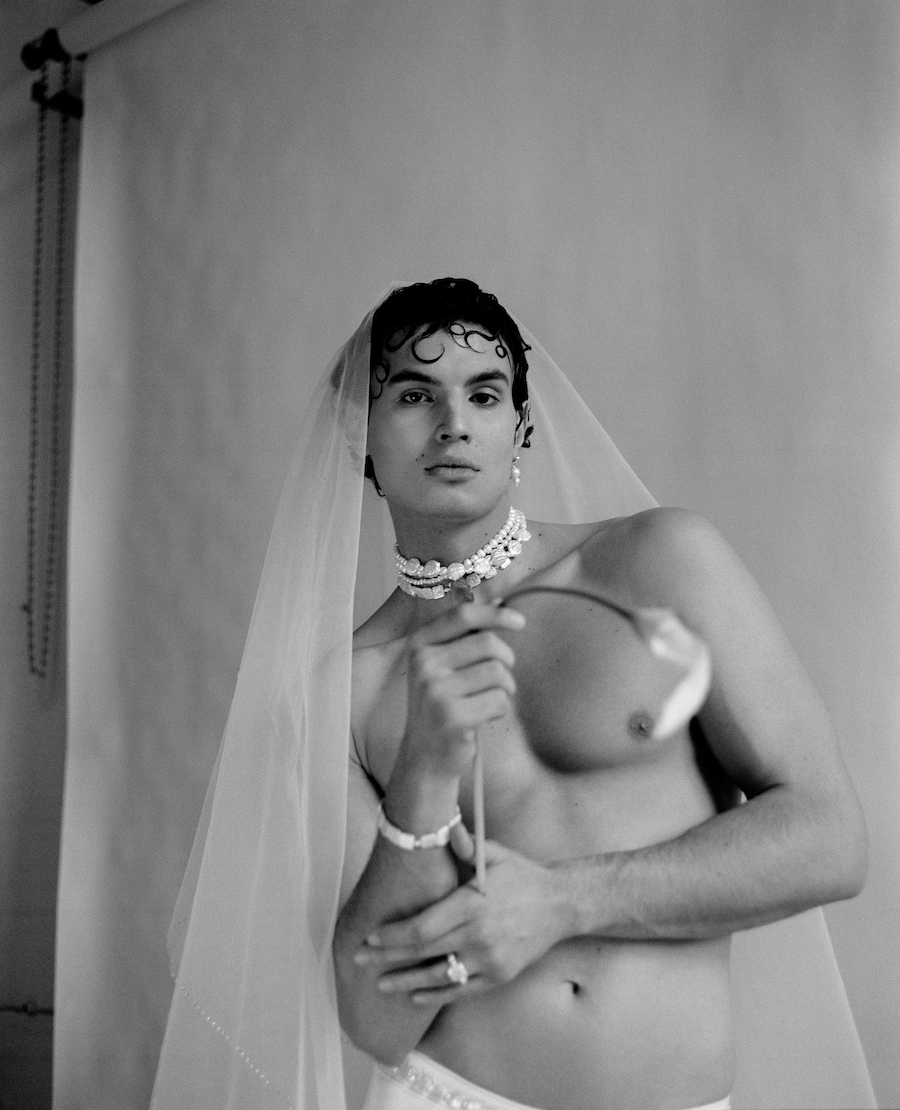 “When I was a very young boy, in a gray provincial Russian small town, I was very fond of fairy tales by Hans Christian Andersen and movies based on their plots. Absolutely childish, pure love, not realizing then that after a while these literary works will become for me almost the only support in my life, guidelines, objects of identification and the strongest sources of inspiration.

Since I consciously came to the idea that this photo-seria will have a storytelling format, I will begin, of course, with a story about myself.

At the moment, my name is Dmitrii I am 25 years old and I carry out all my life processes in Russia, in the city of Moscow.

Very roughly summarizing all my hard and soft skills, I would say that I am a photographer. But in fact, I feel myself much wider: both due to a specific background, and due to ambitions and my nature, which does not imply any formats and restrictions. Looking ahead, I’ll say that in this complex world of formalities and labels, the definitions “author” and “artist” are closest to me – a creative unit whose meaning of life is to share its inner world and the products and reactions of its life activity.

Behind me are eight years of “hard labor in flowers” ​​at the Moscow Academy of Choreography at the Bolshoi Theater, then a modest 4-year career as a ballet dancer without any special achievements, professional injury and 8 months of difficult rehabilitation, followed by resurrection from my own ashes in the guise of an author-photographer .

True, photography appeared in my life and immediately firmly settled when I was only 12 years old – a typical story: a parental camera, documenting country landscapes, nature, friends, friends and everything that happened around. But, unlike many peers, I did not give up this business and somehow carried out photo exercises and even strived for improvement: the parent camera soon changed to a semi-professional, SLR, I studied the basics of the concepts of “color” and “light”, as well as basic retouching and color correction skills.

Later, already at the academy, being an absolute outsider and not having any interest in training practice on the stage (I studied, so and so, as a ballet dancer), I decided to film the performances of others on camera. So for the first time I felt the taste of money for your “creativity”. The guys who liked the photos of my authorship from their performances bought them from me for a nominal fee. But, a little later, a difficult time began in my studies and I had to put the camera away and seriously take up the academic program, which was not easy for everyone, including me.

Later, already working as an artist in the theater, I unconsciously decided for myself to master the genre of self-portrait. Everything was rather boring and predictable: after a long eight years of living in a boarding school, I began to live alone and I was bored – I had to somehow entertain myself. I set the camera on the self-timer in front of the wall and posed for myself, periodically acting out some scenes or plots in front of the camera, but most often it was just photographing myself in various images and moods.

I soon left this business and returned to photography when I began to understand that something in life was going wrong. That is, I danced and carried out the commercial practice of the photographer in parallel. But, even after working for almost half a year as an assistant at the cool Emmy America, having gained serious professional experience of a new level and then on my own, taking a professional tool and practicing shooting in various genres and formats, there was no satisfaction.

I came to a dead end and did not understand what I wanted to shoot. Why am I doing this, why and for what in the end. I was given aesthetic pleasure by successfully obtained shots, but there was no depth behind this.

This continued until 2021. Until I, in a global sense, was not lucky enough to meet the main person in my life – with myself.

Along with this came the understanding and acceptance that photography for me is just a medium to tell the stories that live inside me – in my head and in my heart.

Each work in my case is a reflection of myself, what happened to me at one time or another in time and space, what I experienced, felt, felt, or realized.

This is partly why I consider self-portraiture to be my dominant genre – for me it is the easiest way to say something to the world, sometimes by the way even shouting something – it happens.

Here is this story, despite the fact that a male model worked for me in the frame – there is an absolute self-portrait. Of course, it is woven from a considerable number of references, excerpts, inserts, replicas and homages, in general: this is me, my alter ego, the feeling of being in space – the Eternal Bride.

The image that I turned to when creating this work is undeservedly little noticeable in all interpretations of Hans Christian Andersen’s fairy tale “The Princess and the Pea”. In the original work, this is a young beautiful girl who, due to her obsession with taking family happiness and getting married, lost her mind, and forever denounced herself in a veil and saw her fiancé in every man she met.

Even as a child, it was this character that absolutely unconsciously got into my head, and it was for the Eternal Bride that I, a very small child, felt infinite pity and compassion.

Many years later, my path will develop in such a way that in the theater where I will serve as a ballet dancer there will be such a performance – “The Princess and the Pea” and there the author of the production (for which I am very grateful to him) endowed this character with enough material and drama that I could to “trigger” with the eyes of an adult and see the endless pain, longing and drama and identify with this image, but at that moment I had no idea that one day I would dedicate my own project to this character.

In my reading, “Eternal Bride” is a collective image. This is the substance of hopelessness, fatality, something predetermined, full of beauty, pain, drama and unbearable longing.

This creature does not live on the verges: love and doom, beauty and wretchedness, joy and sorrow, meaningless life and imperceptible death. She has no place in this world, just as this imperfect, unjust world has no place in herself. She is present everywhere and nowhere at the same time – wandering around the world in search of reciprocity, she is at the same time completely immersed in the world of her own fantasies, fairy tales and illusions.

I believe that Hans Christian Andersen conceived his bride exactly like this – desperate, resolute and full of hopes, which, unfortunately, will never come true, and such an image completely resonates with me and my own attitude, and it is him, albeit in his own way, I recreated in my work.

This series opens a cycle called “Andersen’s Tales”, which will include the series “Swan” and “Turning into seafoam”, which will also be my reflection on the theme of the brilliant work of the Danish author of completely non-childish fairy tales and stories.”