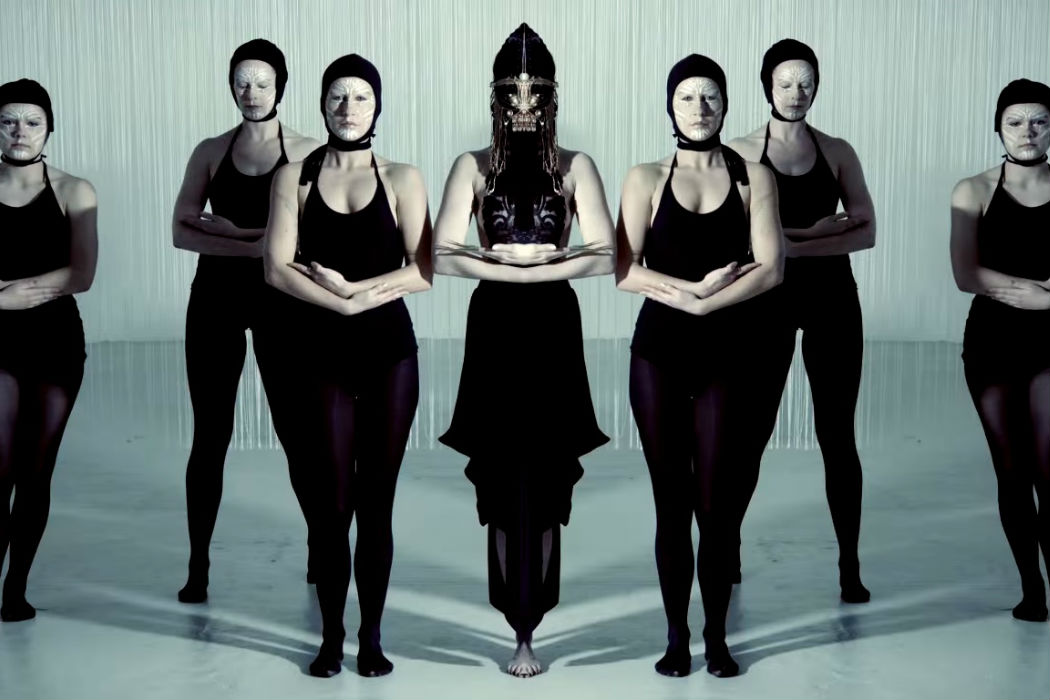 Sunday is finally here again, and we’ve gathered the weirdest and most wonderful videos that have been released this week for your viewing pleasure. Witness The Living Gods of Haiti in a giant kaleidoscope, Soundmonsters under the sea, Free Free Dom Dom gliding through the hazy streets of Berlin, MK ft. Becky Hill making out in cars and Sam And The Womp practically glowing.

Symmetry in all of it’s glory. The group combine music, magic and mysticism into a powerful mix of esoteric symbolism and ethereal electronic music. All perfectly summed up in this 3 minute clip.
@TheLivingGodsOfHaiti

Berliners Soundmonsters have made a 360° music video and it’s amazing. I’ve never wanted to be a shapeshifter so bad. The guys have been blurring the borders between indie, rock and electronic music for a while now and are taking a huge step forward presenting this recent clip.
@Soundmonsters

Some more great Berlin talent! A DIY video, the whole thing was created using only test rolls shot back in November when they bought their Super 8 camera. They realised the images fitted the song well, which is about fighting negativity and overcoming haunting depression. Nice one.
@FreeFreeDomDom

I thought this might have been an anti making out whilst in a car advert, but then it takes a drastic turn. I mean, carheads on skateboards. Come on.
@MK

Sam And The Womp – ‘Fireflies’

This song is catchy as fuck and I love neon – sorry! There must have been some serious teeth bleaching before this video…
@SamAndTheWomp