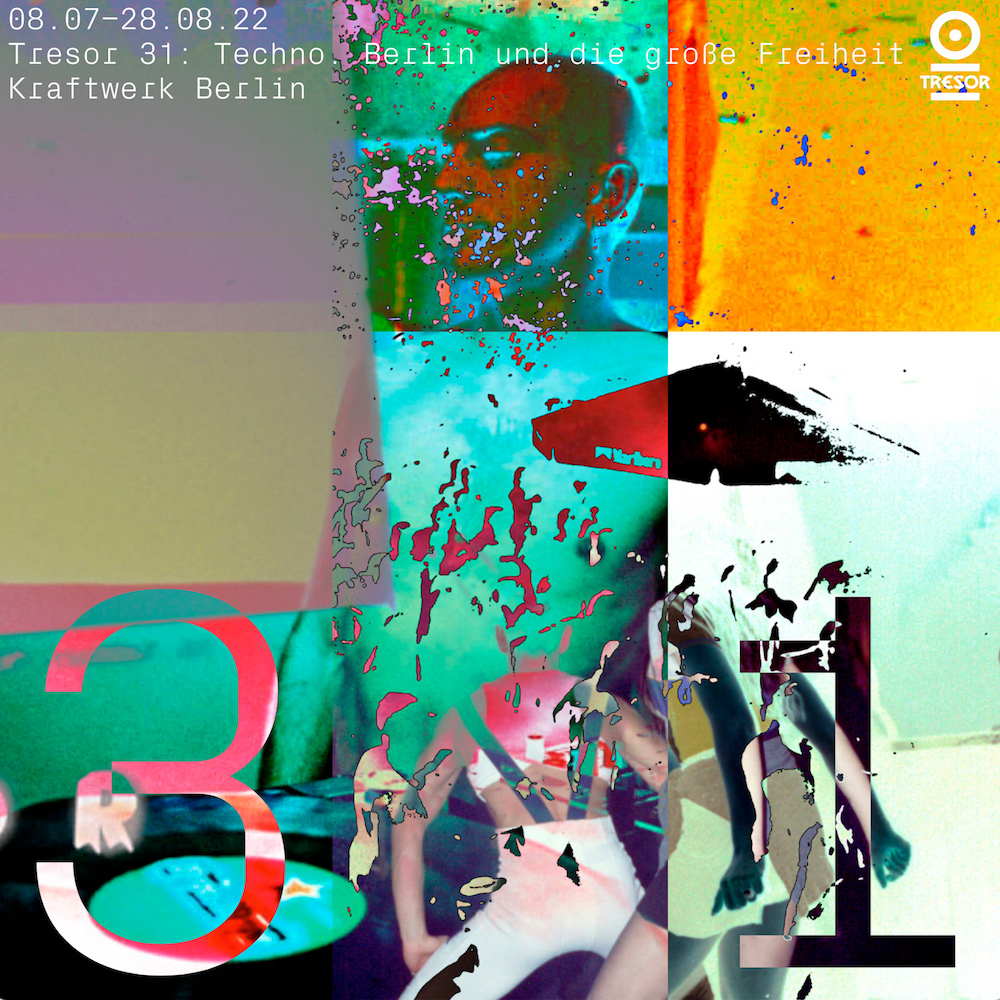 Tresor 31: Techno, Berlin und die große Freiheit is a festival spanning July and August 2022. The festival encompasses a myriad of concerts, club nights and an exhibition that reflects on the past three decades of musical evolution, social change and city development. Musically, this theme is underscored through more than 20 club nights across Tresor, Globus and OHM, and over eight concerts in Kraftwerk. Live performances include Tresor – affiliated artists like Detroit in Effect and Surgeon, and exclusive shows like Blackhaine’s Berlin debut and Voices From the Lake, whose performance at Tresor 31 will mark their only show in Germany this year, as well as Giant Swan, Aho Ssan & KMRU, who will present a new collaborative performance titled ‘Limen’. Over 20 club nights across the festival’s two month – long run will play host to DJ and live sets by over 150 artists including Antenes, RP Boo, Simo Cell, Tresor label affiliates Helena Hauff, Jensen Interceptor, Yazzus, and Moritz von Oswald, and many more.

The Techno, Berlin und die große Freiheit exhibition examines Tresor’s winding journey in context – from its pre – history in the unusual economic and social conditions of West Berlin to its transition into the cosmopolitan capital city of today. Once its doors to the former bank vault opened on Leipziger Strasse in 1991 in newly unified Berlin, the club rapidly became a pillar for the burgeoning techno scene that would become a significant turning point for electronic music worldwide. Never intended as a mere nightclub, this history depicts a thrust towards reimagining forgotten spaces as well as building subcultures and global movements amidst a unique political backdrop of newfound freedom in the post – Cold War era. Unsurprisingly, Tresor’s story is also the story of an ever-changing Berlin. The past 31 years could not have happened anywhere else but there.

Covering its roots in the West Berlin music scene, from its original location near Potsdamer Platz to the current home in Kraftwerk power station, the festival provides a multi – faceted reflection on the triumphs and challenges of Tresor’s past, present and glimpses of the future.

Through archival materials, oral histories and immersive soundscapes created in partnership with usomo , Tresor 31’s exhibition explores the personal narratives that underpinned techno culture since its beginnings as an artistic and social movement. Engaging with this further will be club nights, concerts and performances, and a multi – faceted programme of discursive events throughout the Kraftwerk building, Tresor, Globus and OHM.

A limited run of Golden Tickets, which grant visitors unlimited access to every venue during Tresor 31: Techno, Berlin und die große Freiheit and includes a merchandise item exclusively designed for the festival, which Golden Ticket holders can pick up at the venue, will be available for purchase.