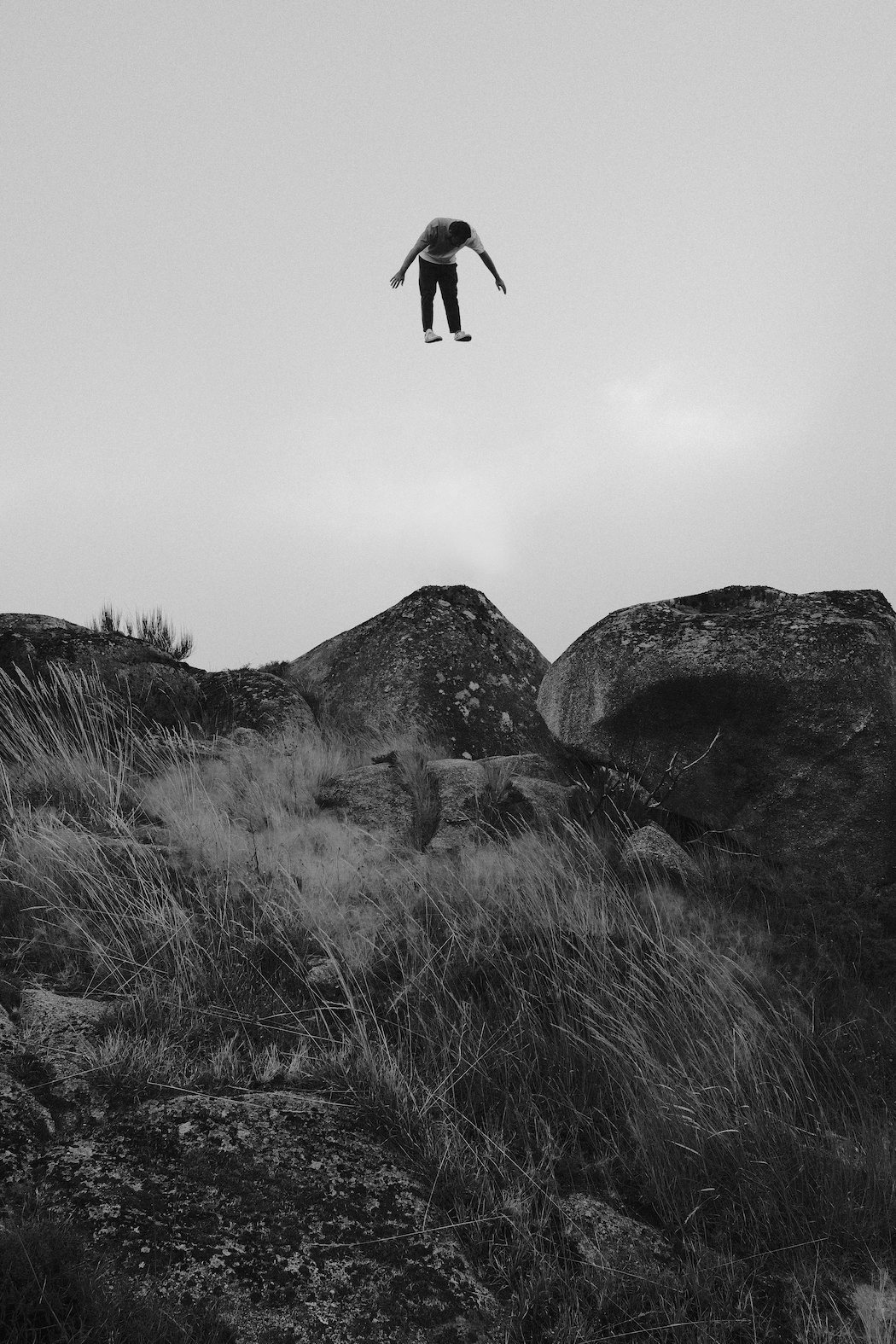 Moullinex premieres his A/V performance in collaboration with multidisciplinary artist Noé Duchaufour-Lawrance. Shot at Lisbon’s Made In Situ gallery, the clip captures 3 unreleased tracks from the upcoming album Requiem for Empathy due to be released April 30th via Moullinex’s label Discotexas. On the video, Moullinex explains, “As much as every other performing artist, I was on a forced hiatus from performances for the better part of 2020. To be honest, I found it difficult to find inspiration to create new music. My process is so tied to reality and dependent on external inputs: experiencing new places and new people, trying out new music ideas live, having long in-person conversations: all of that had been taken from us. So instead I started exploring the visual concepts behind this record, as their level of abstraction was enough to provide a disconnect from reality. I plunged into several rabbit holes, from using AI tools to create visual pieces, modeling 3D scenes, to real-time coding visual environments like TouchDesigner. One important aspect of this exploration was the juxtaposition of organic and artificial textures. Century-old techniques, like shadow play, side by side with modern technology like AI algorithms and artificial textures.  “

Continuing on the clip, “Having worked with Noé Duchaufour-Lawrance and his gallery Made in Situ in Lisbon before, we found we shared similar perceptions of art and its processes, and the belief that multidisciplinar endeavors can result in much more than the sum of their parts. Made in Situ kindly invited me to take over the gallery for an event, and my approach was to take this Barro Negro collection do a mapping installation on it, to explore its dark materiality as a blank canvas to project light on. The choice of a fisheye camera stemmed from the concept of the circle as the purest representation of the community, and thus, empathy. I programmed a fluid simulation that used the installations’ pieces as both faucets and obstacles so that the fluid particles could interact with the physical pieces in the location. I set up my instruments in the installation, performing three instrumental pieces from the record: Requiem for Empathy, Kelvin Wake Pattern and Break/Out/Break, while sending control data to the visuals and lighting.”

On the upcoming album, “The choice of title materialized in 2019 while going through a period of personal losses. Upon reflecting on what still draws me to the music and the dancefloor, in particular, I identified its power as a place of a shared communal experience, which is, for many, a therapeutic one. This is probably my most personal record, and through the collaborations therein I’ve found that if you approach other artists with honesty and vulnerability, you’ll get those back in their contributions.” 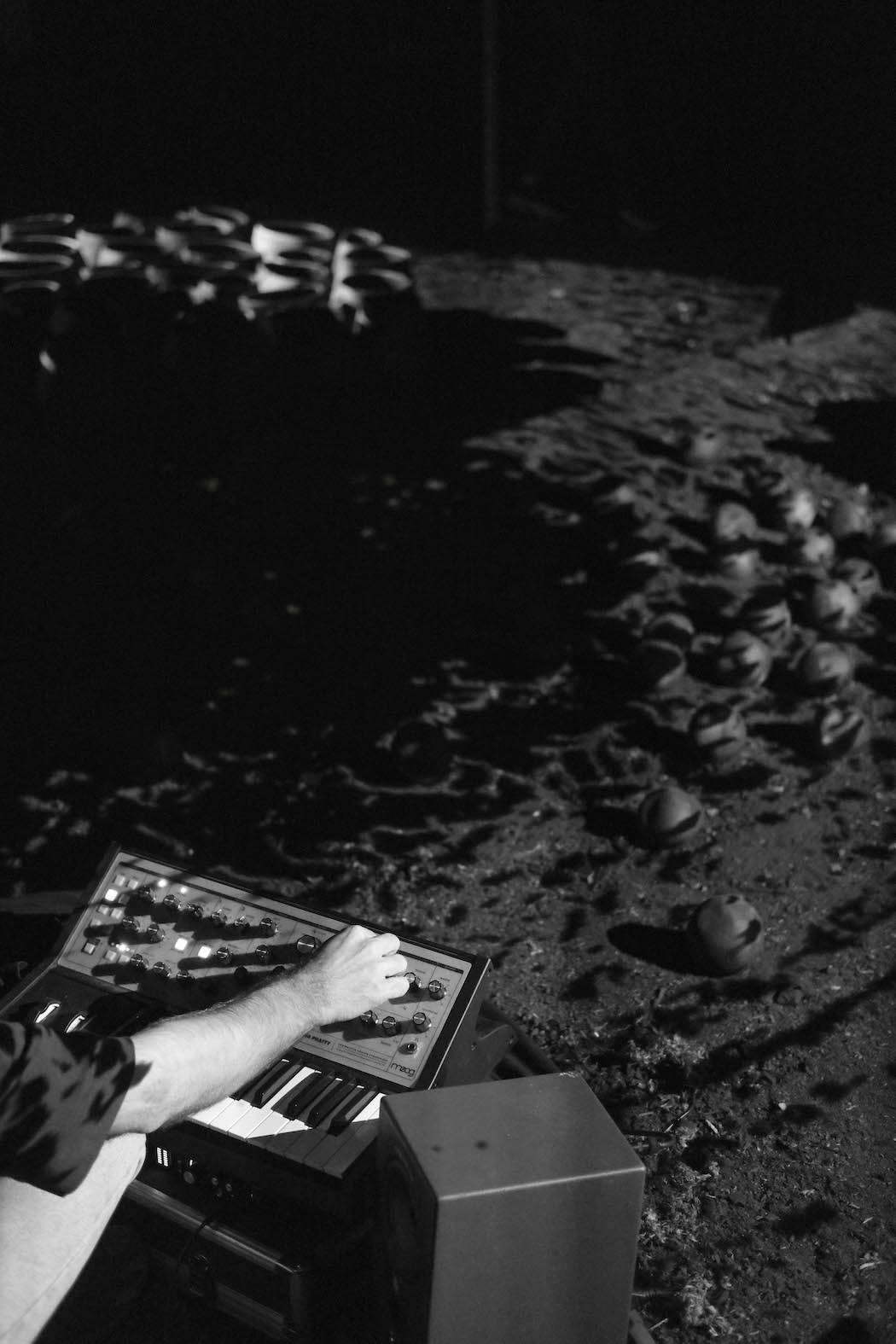 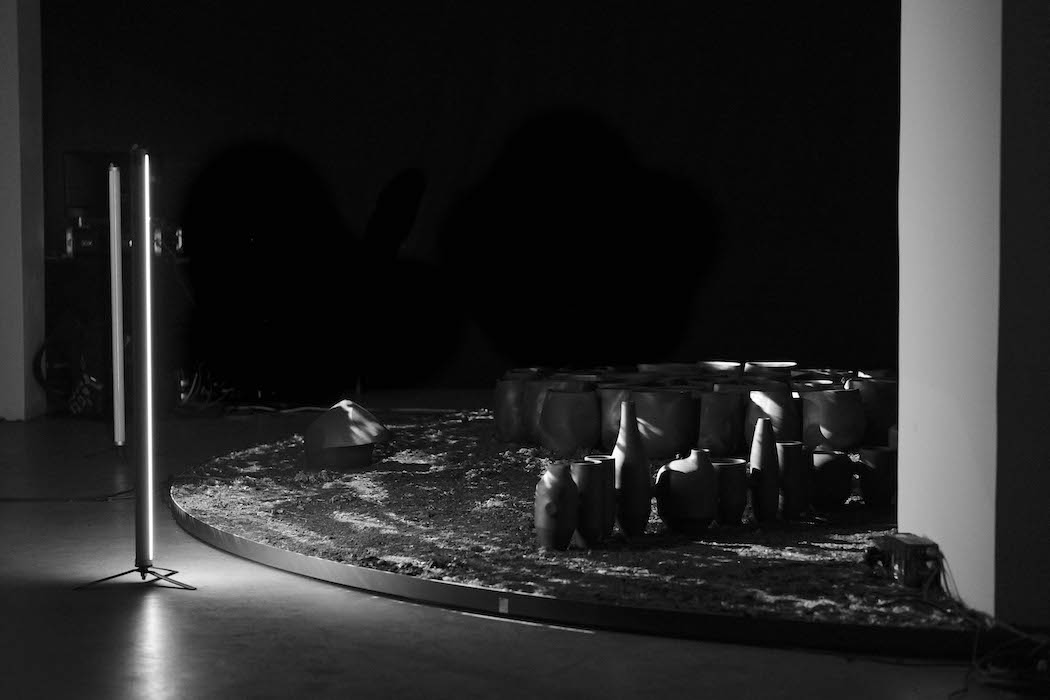 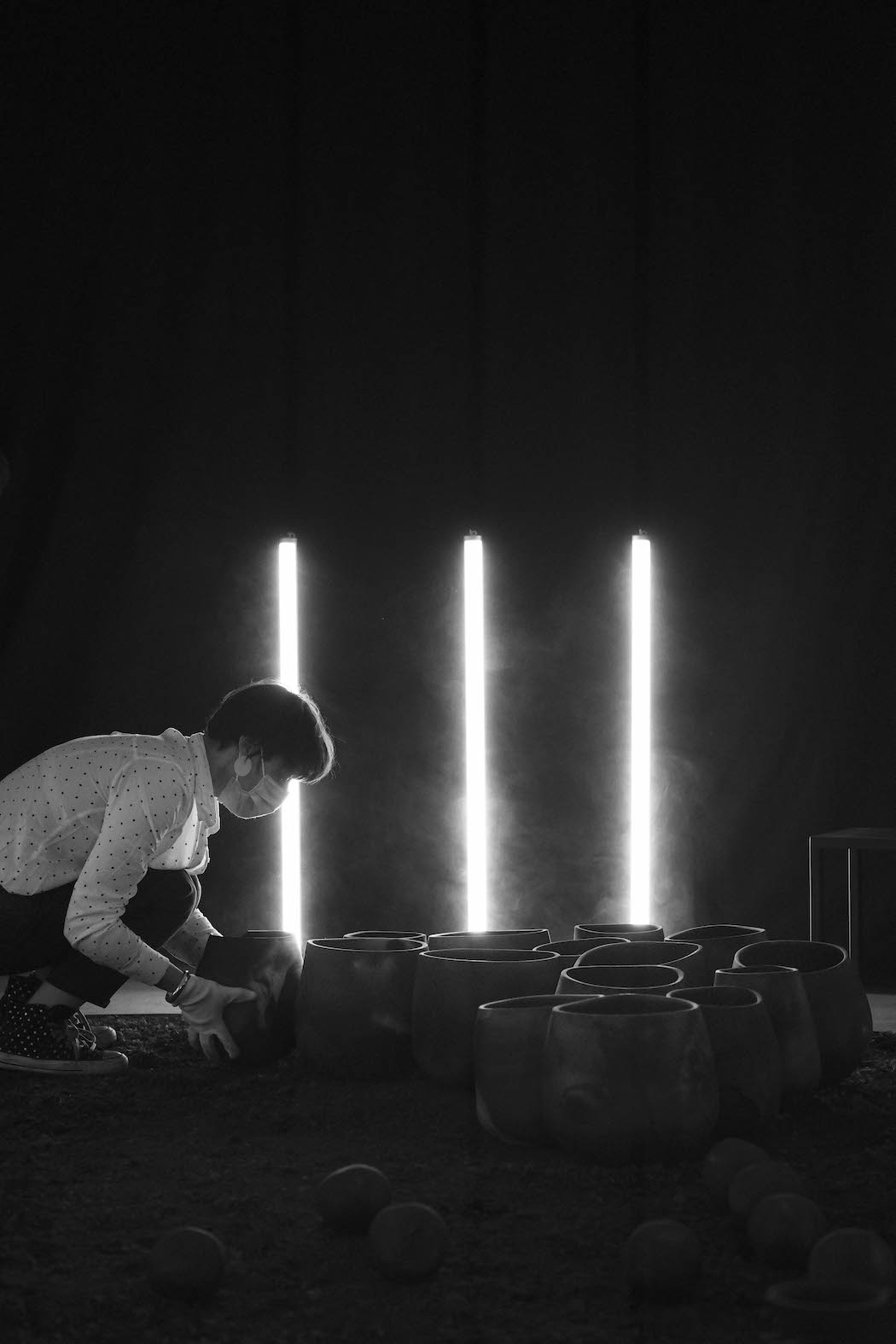 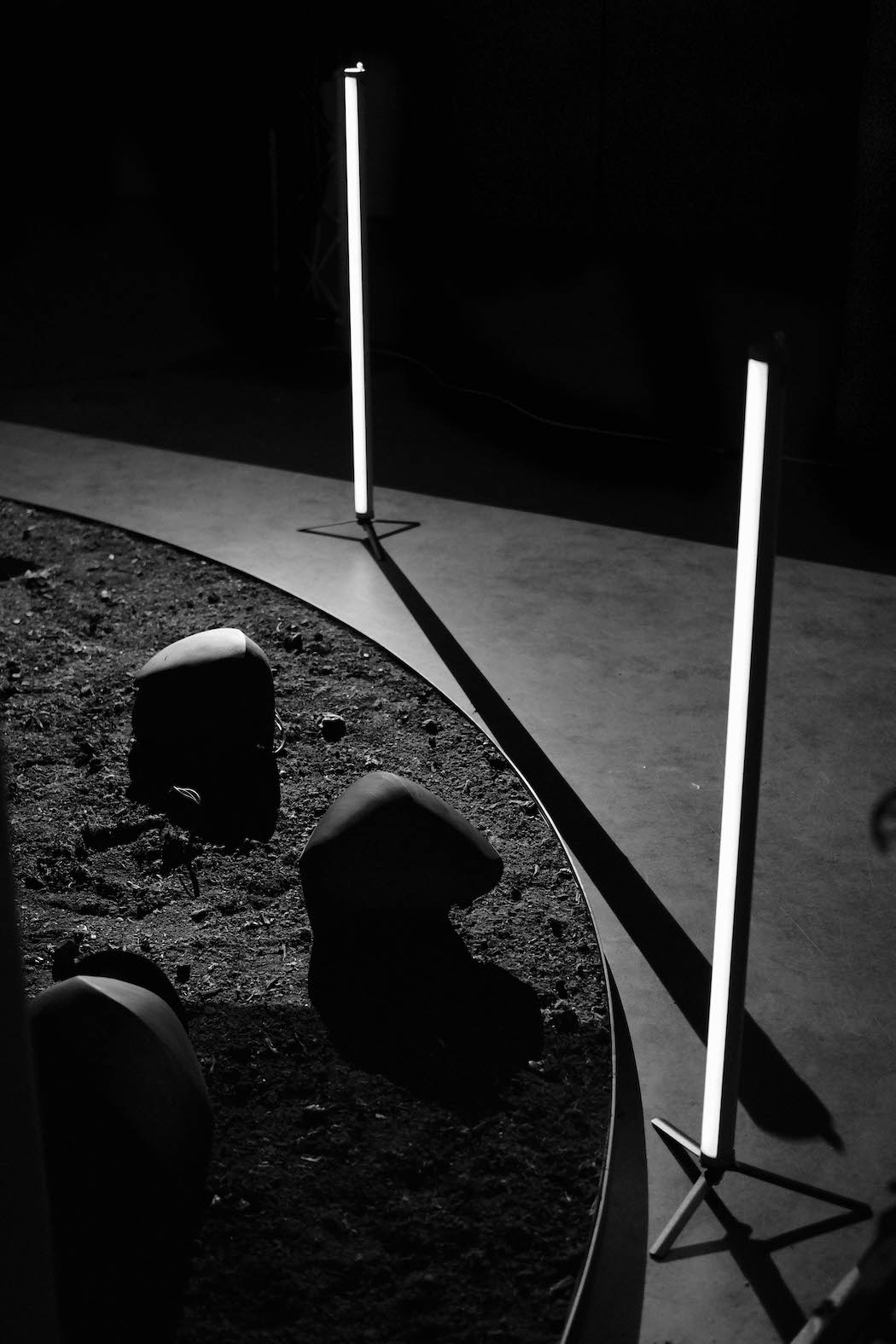 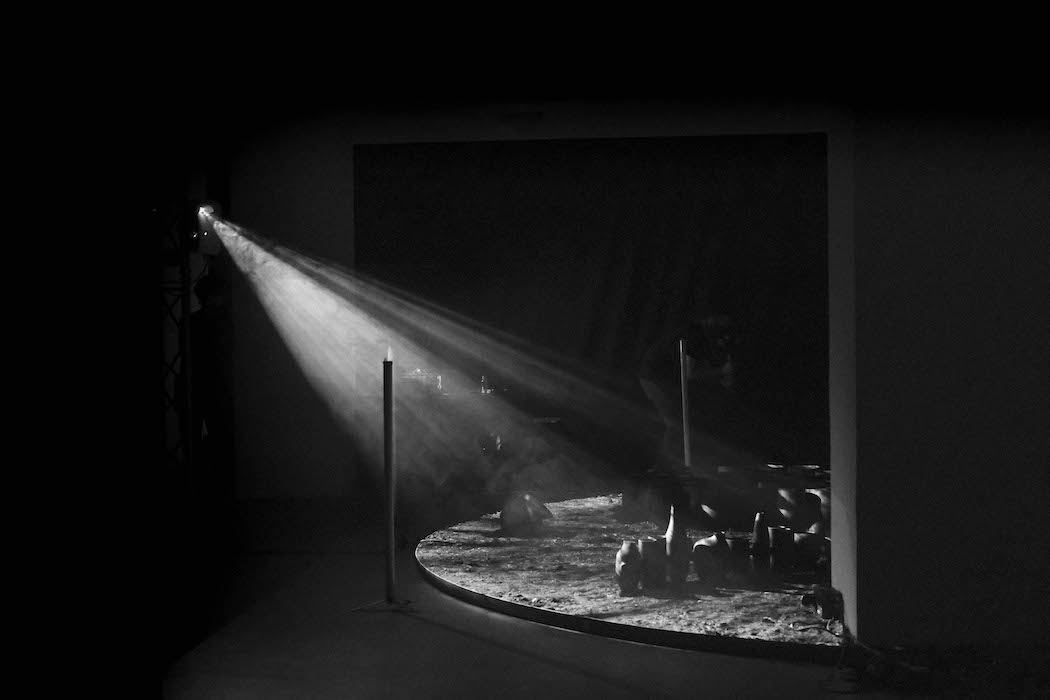 Requiem for Empathy, the fourth studio album from Moullinex, includes collaborations with Sara Tavares, Selma Uamusse, and Afonso Cabral, artists who have been redefining the Lisbon music scene by connecting the multiple cultural expressions to which the Portuguese capital is a natural meeting point. Pivotal in the new record are also the collaborations with singer GPU Panic, materializing in four beautiful new songs that, much like the rest of the album, are rooted on the dancefloor but capable of taking the listener into a journey of introspective contemplation.

Moullinex thrives in intersections: science and art, spontaneity, and formalism, organic and artificial, isolation and community. This idea crystallized in music that can perfectly live within the boundaries of the dancefloor and still allow for deep introspection on headphones. From melancholic electronic textures to exuberant house and disco, his productions have seen him being praised by his peers and audiences globally.

Luis Clara Gomes spent his formative years looking at the stars. From drawing galactic maps and sketches of imaginary spacecraft as a child to doing research in astronomy as an adult, his obsession with science was the stepping stone into electronic music, where he first stumbled into electronic soundtrack maestros such as Vangelis and Giorgio Moroder and later Air, Stevie Wonder, and Brazilian MPB.

Under the Moullinex alias, he first started doing remixes for Cut Copy, Sebastien Tellier, Two Door Cinema Club, Royksopp, and Robyn, among many more, while consistently releasing quality originals through his own label Discotexas, alongside Xinobi, his partner in crime. Three albums ensued, “Flora”, “Elsewhere” and “Hypersex”, now add to that ‘Requiem for Empathy’, which further establishes Moullinex as a versatile, subtle and multi-layered producer.

Always thriving in collaboration, the record was mixed by David Wrench (Caribou, Frank Ocean, The XX) and its artwork designed by Bráulio Amado, exploring shadow play in both photography and 3D art, cementing an ongoing working relationship that dates back to debut album ‘Flora’. 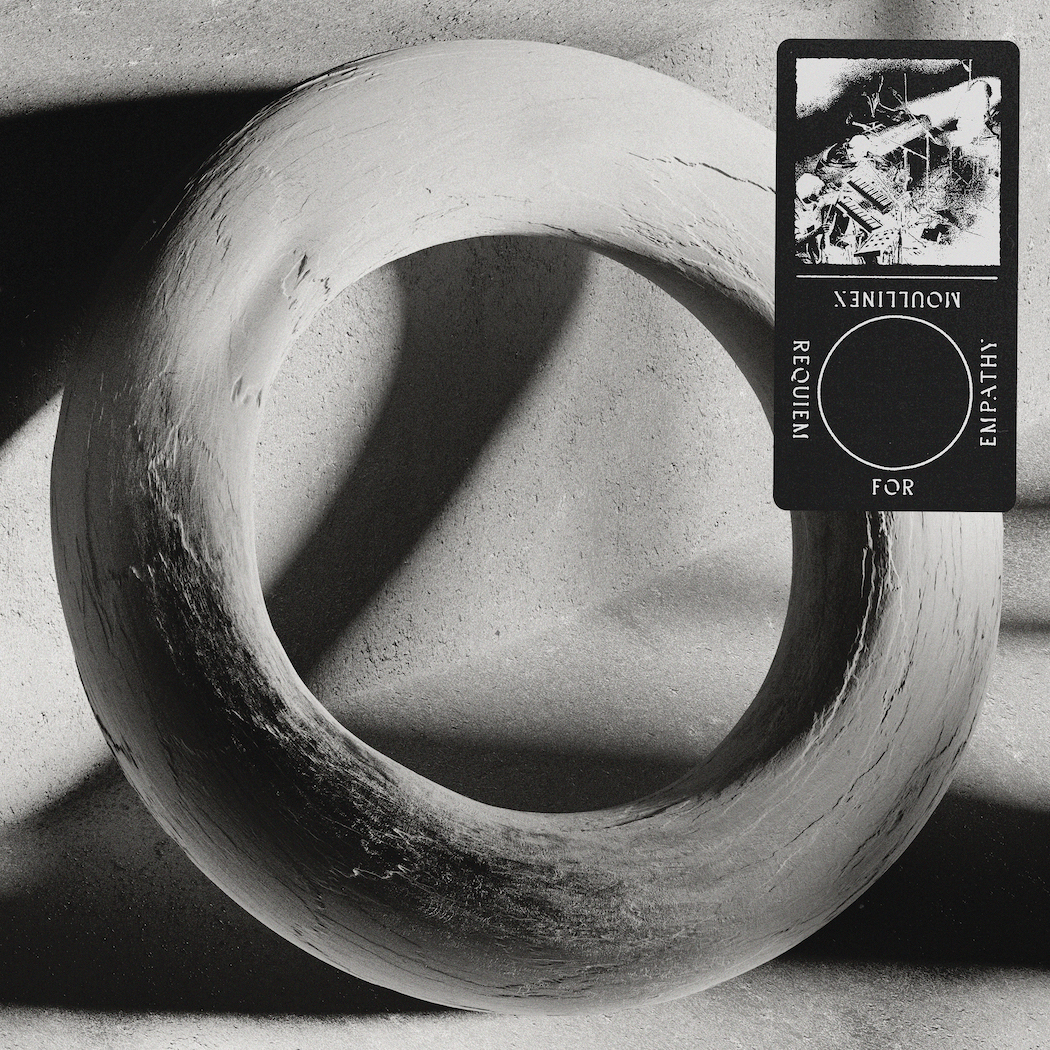