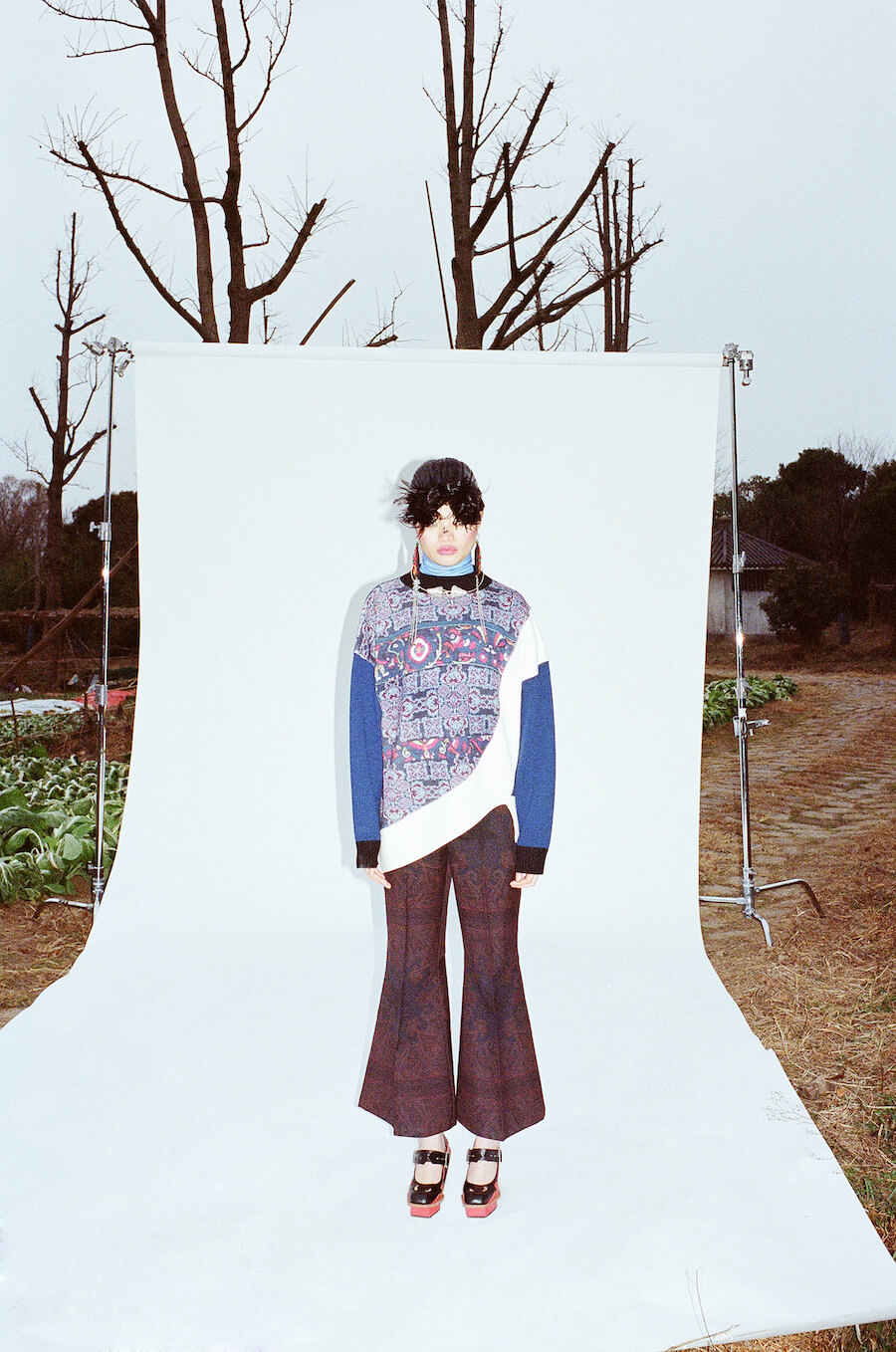 A graduate of the Ecole de la Chambre Syndicale de la Couture Parisienne, the designer 022397 is originally from Guizhou in China. While preserving the brand’s avant-garde unisex style, 022397 expresses itself in an intense language of its own, bringing together multiple vectors and different points of view.

In 2019, the year marked by the 30th anniversary of the fall of the Berlin Wall, 022397 decides to research the subject and watches the film, Die Welle. Shocked and upset by the creation of this wall by a government, he begins to reflect on the concepts of politics, artificial intelligence and the self. In his work, 022397 wants to transcribe the notion of walls existing around us. Technology is a wall, politics is also a wall, walls are planted everywhere in the heart. With his collection, 022397 deconstructs these walls and breaks down the barriers between people.

Originally from the Miao ethnic group, the designer is inspired by their ancestral embroidery and places it as the main element of his collection. He goes back to the origin of his culture and metamorphoses it into a new language. All the embroideries used in his creations are sewn by Miao seamstresses. This technique, handed down from generation to generation, is both the itinerary of his people’s exile and the worship of ancestors and gods.

Embroidery, considered as a means of embellishing life, becomes at the same time a prayer of protection. This skill is the symbol of the strong and enduring cohesion of the Miao ethnic group, it represents their culture and tells their story, and for this reason, 022397l uses it in its creations