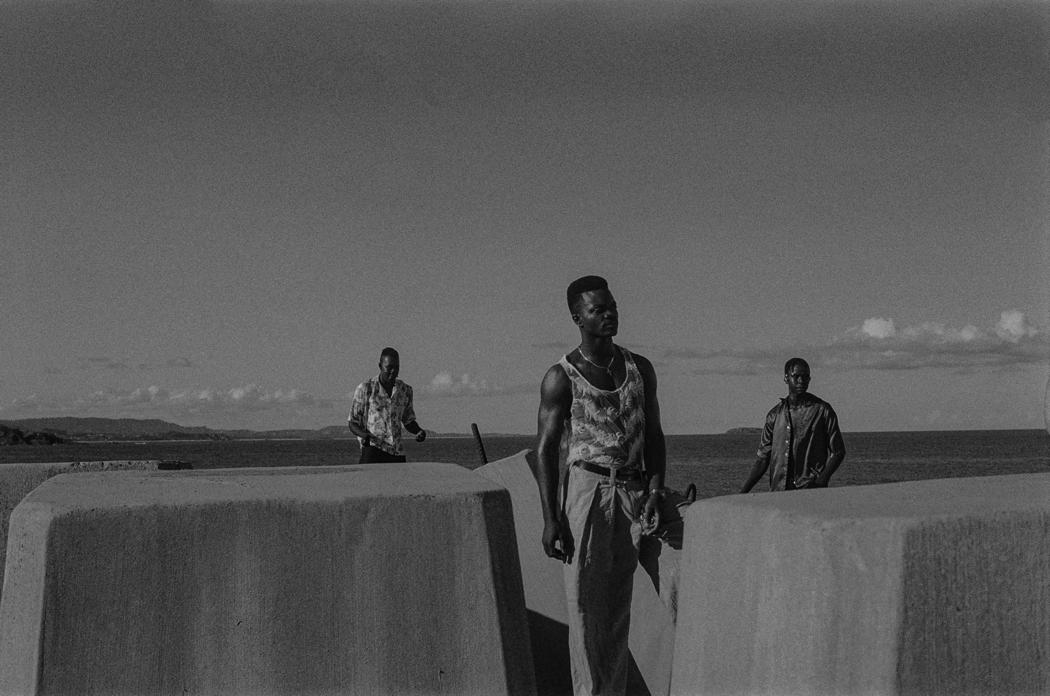 A Nice Place To Stop by HIBALL

HIBALL is a creative studio between Alexandra Kirwood and Stanton Cornish-Ward, working primarily in film and fashion. Creating highly detailed, stylized worlds within their work their practice spans across film, art direction, and fashion design. Wednesday Sutherland is a photographer and artist based in Newcastle, Australia. She is currently completing a Bachelor of Creative Industries. This photo series was taken on location featuring there cast for an upcoming short film ‘A Nice Place To Stop’  to be released in late 2019.

Set and shot in Coffs Harbour, Australia, most viewers will recognise the town as marking the midway point of the Pacific Highway. But it is more than that. It is isolated, yes, but the large youth population means it is rarely dull. We argue that in stepping away from the beach-culture narrative which so often dominates portrayals of Australian coastal life, the everyday reality – and inherent juxtaposition – of life in these towns comes to light. A group of young African guys dancing on the concrete blocks of the north wall of the jetty as tourists stroll by? Sure. A deserted ice-skating rink at the bottom of a sub-tropical banana plantation? Fair enough. In A Nice Place to Stop there is something for everyone. All garments were designed for by HIBALL with jewellery by Mia Carroll.