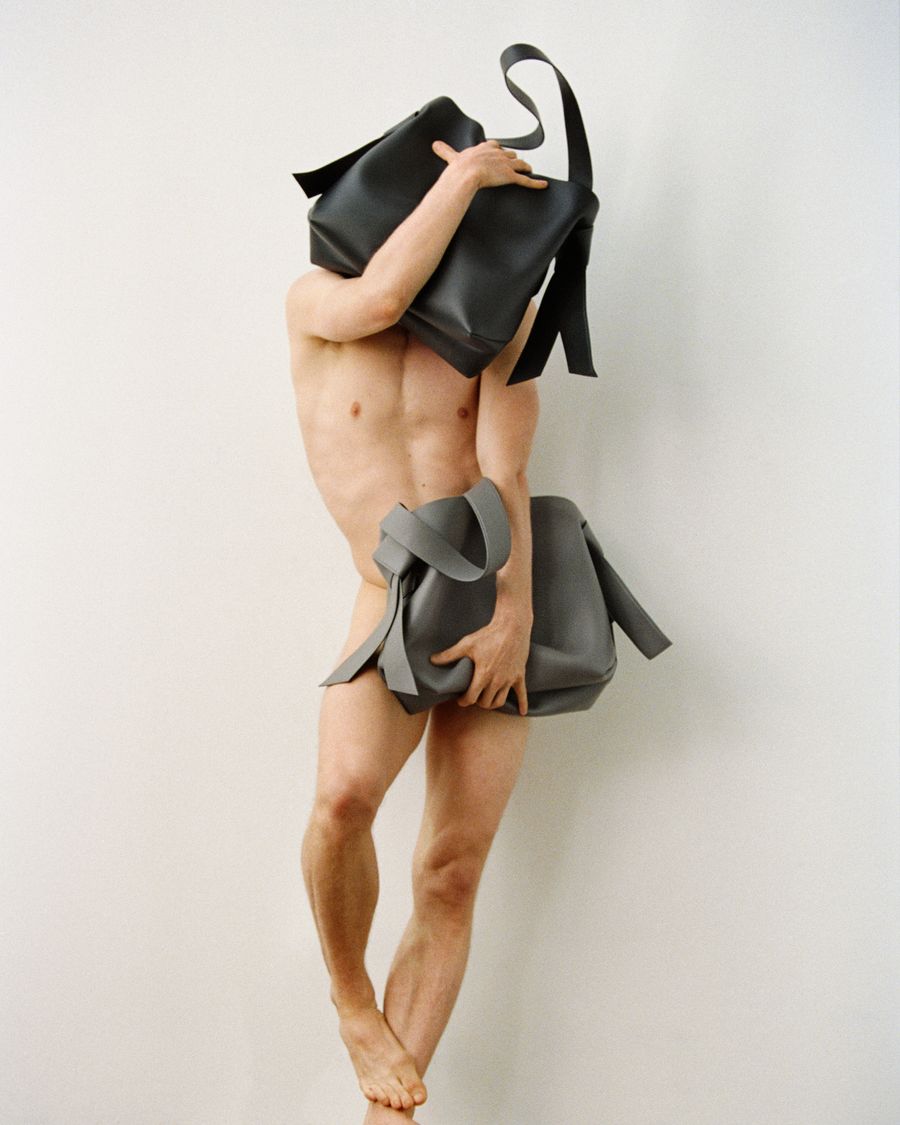 Acne Studios introduces a new interpretation of the iconic Acne Studios Musubi bag, courtesy of the American artist Talia Chetrit. Launched 7 July 2022 with a special installation on the front and inside Floragatan 13,

Creative Director Jonny Johansson enlisted Chetrit, who photographed actor Juliette Lewis for the SS18 campaign, to collaborate on this latest project. “I have long admired the work of Talia Chetrit because she treats everything in a singular, very personal way. This project was her idea entirely – we just sent her some bags to photograph as she wished,” he says.

The Washington-born, New York-based artist’s work frequently explores themes of intimacy, domesticity and sexuality, focusing on the overlap of fiction and nonfiction through the discipline and mechanisms of photography. In this series, Chetrit turns the gaze on the male nude and the strong, muscular bodies of two male dancers, which she chose because they resembled the figurative qualities in the bags.

The emblematic Acne Studios Musubi bag is characterised by a twisted knot motif, which takes inspiration from the traditional Japanese obi sash, and is crafted in Italy from 100% cow leather. It comes in four sizes: maxi, midi, mini and micro. Spring/Summer 2022, comes in two new shapes: a Musubi micro tote bag and a Musubi shoulder bag.