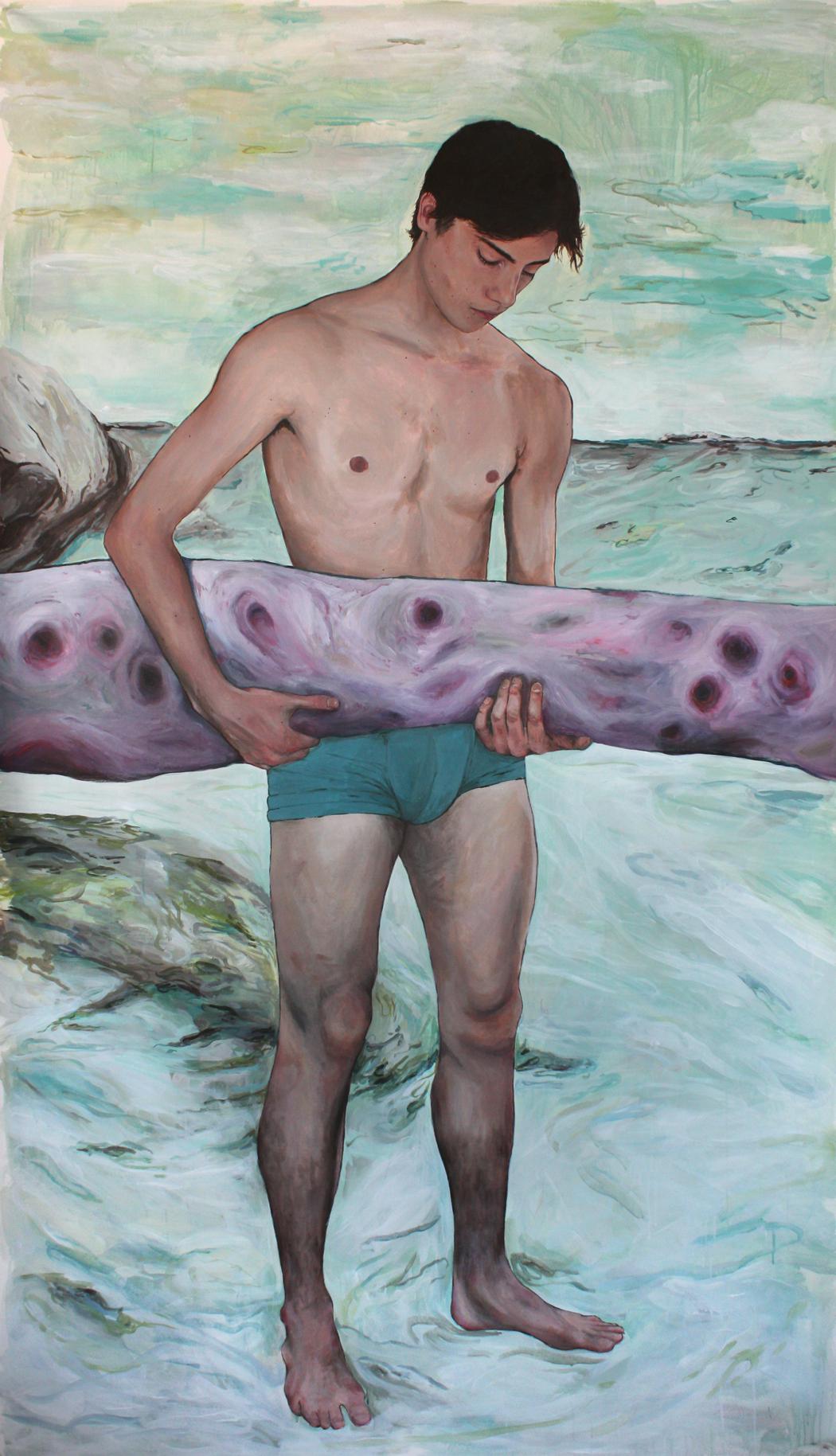 A video portrait by Luis Jachmann

Luis Nicolas Jachmann works as an audiovisual journalist in Germany and France. He covers culture, international politics, and society. His features represent a modern kind of journalism that does neither know borders nor social constraints but rather enhances intercultural exchange. Jachmann had the possibility to meet artist Alex Huthwohl and to talk about his piece of work, Les Baigneurs.
Alex Huthwohl, who graduated from the Beaux-Arts de Paris in 2019, is exhibiting his modern interpretation of naked men bathing in the Mediterranean Sea at the Anne Claire Simon gallery in Paris. He has received a special honour:  the homosexual artist is the first to exhibit in the prestigious gallery since it closed due to confinement in France. 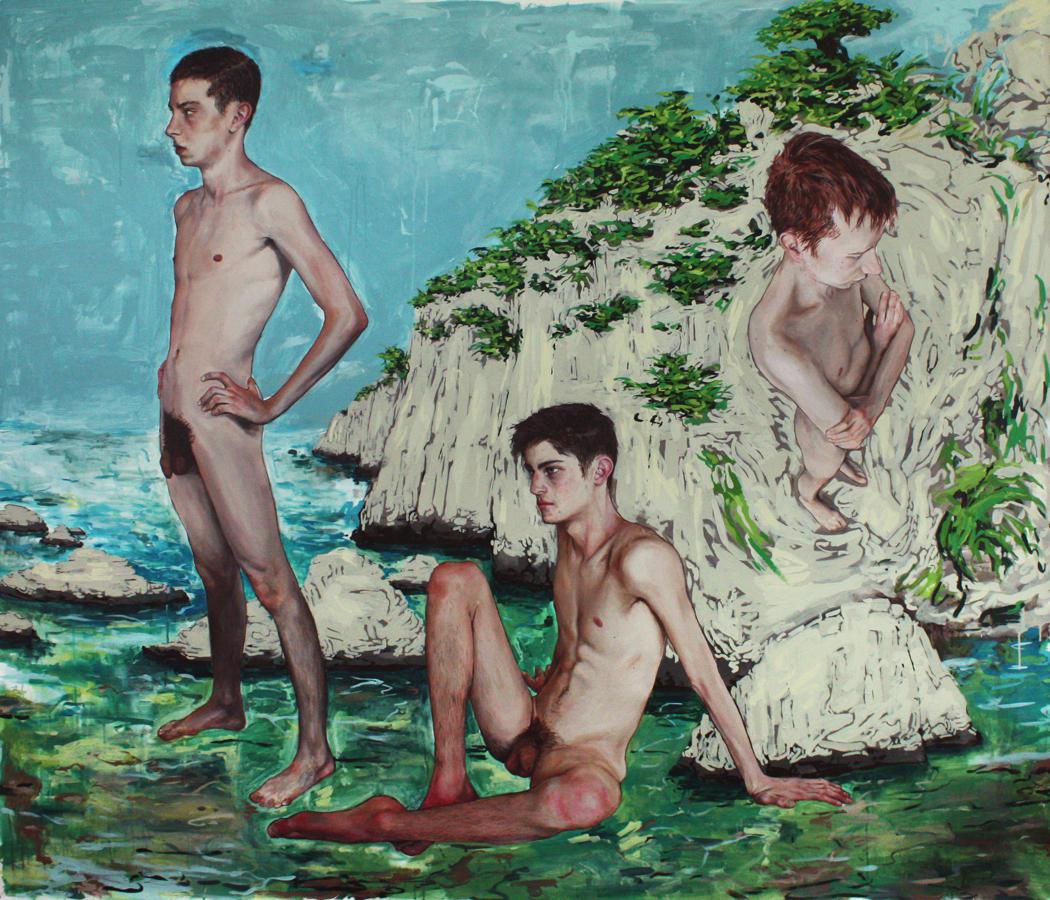 ” A boy in green boxer shorts is holding a big fish in his hand. He looks down. In the background, the sun is not shining against the cloud layer. The painting is part of the series “Les Baigneurs” by the young French artist Alex Huthwohl. With its depiction of naked male people, embedded in a shimmering nature, it takes up a classic motif in a modern garment:
”I look at a lot of nineteenth-century paintings. The Bathers is a classic subject in the history of art – seen and seen again. I like to use iconographic subjects and reinterpret them’, says Alex Huthwohl.
One year after graduating from the Paris Academy of Fine Arts, Alex Huthwohl is celebrating his first solo exhibition at the Galerie Anne Claire Simon in the Parisian district of Saint-Germain. Due to the pandemic, his exhibition was postponed for six months. “ 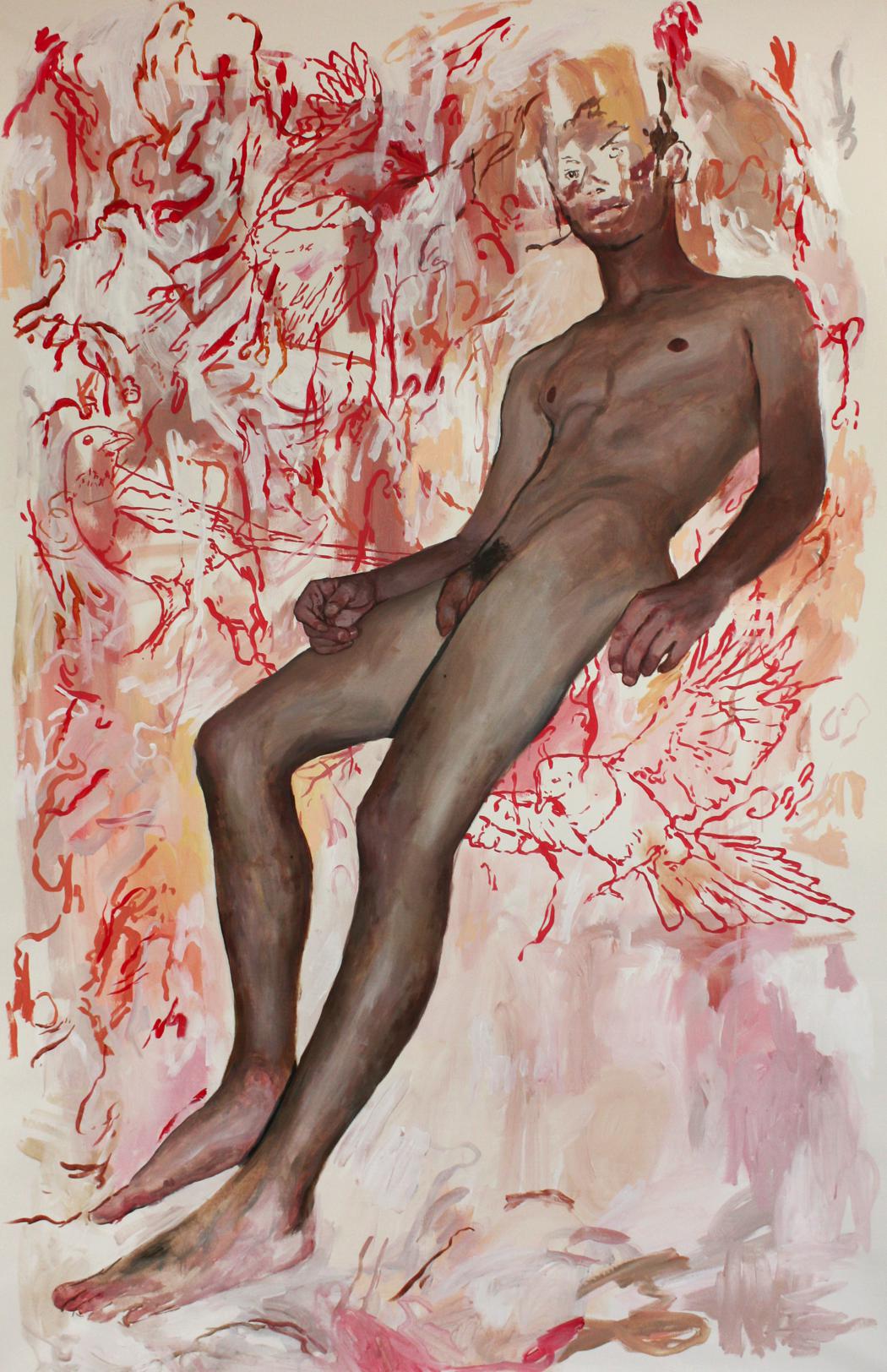 “The paintings have a very theatrical feel. They are full of details, fragments. The spectator himself recomposes a narrative through these characters and this setting”, says Alex Huthwohl, “I reinterpret former boyfriends’ faces in my paintings. The homoeroticism that is put in place is modern. And you can see a nervousness in the way the rocks are treated, creating a metaphorical space in which you project yourself.
Huthwohl is interested in the theme of masculinity and how it differs from artistic representations of femininity. In a group exhibition at the Double Sejour gallery in Paris, he also addresses this subject.” 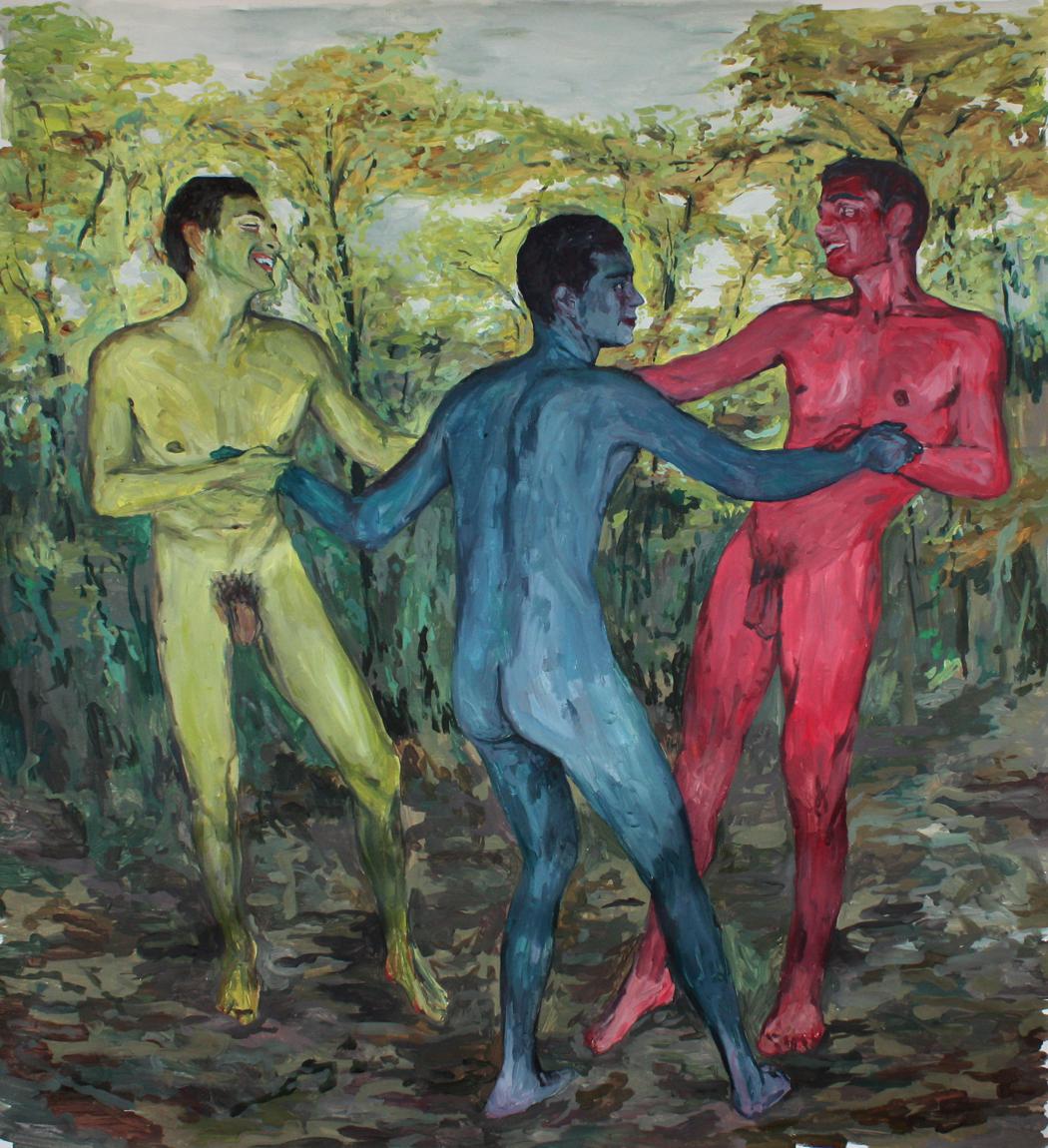