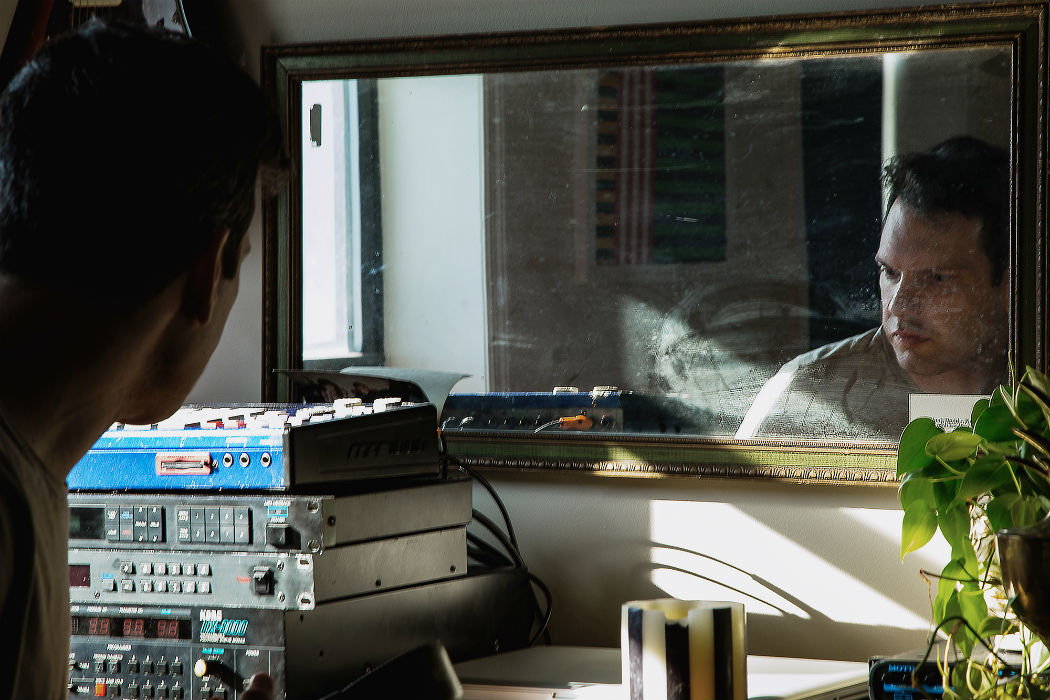 An interview with Black Marble

Black Marble is the artistic extension of Chris Stewart, a conduit for his musical ideas and expressions. Stewart grew up in a Washington DC suburb, finding early influences in the punk and hardcore scenes in the city. Taking inspiration from late 70s and 80s projects like Silicon Teens, Iron Curtain, Lives of Angels and Solid Space, Black Marble began in a recording space in New York’s Bushwick, where first EP ‘Weight Against the Door’ was recorded, followed soon after by their chilling and atmospheric debut album ‘A Different Arrangement’. Eager fans would have to wait four years for this year’s follow up album. After moving from East to West Coast, Stewart released the eagerly anticipated second Black Marble full-length, ‘Its Immaterial’, on Ghostly back in September. Chris Stewart has always remained at the forefront of Black Marble, bringing in choice collaborators to help supplement the project’s signature cold wave sound. The bi-coastal shift has inevitably lent itself to Stewart’s most recent album, alongside a period of mental and physical transition that took place during the LP’s recording process. To celebrate the 2016 release of ‘Its Immaterial’, KALTBLUT got in touch with Black Marble’s mastermind to talk about how his songwriting perspective is informed by The Kinks, the history of punk and how Black Marble’s music has evolved over time. 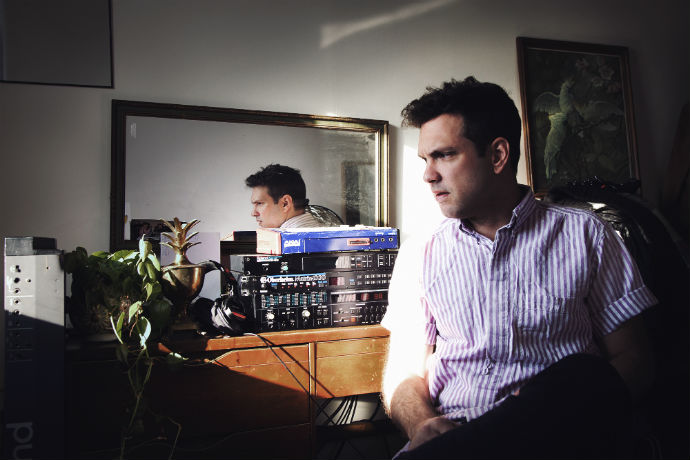 KALTBLUT: First off, can you tell me a bit about how you got started as Black Marble?
Black Marble: I was just experimenting with making music on the computer and over time i started acquiring more and more synthesizers because I didn’t like how the soft synths inside the computer sounded…basically over time I’ve just acquired more equipment and continued to enjoy the process of making music.

KALTBLUT: Making your mark in 2011 how do you think your music has evolved since the beginning?
Black Marble: Well, I don’t know if it’s a clear evolution, I’m trying different things, otherwise it gets boring, but for the next record I’ll probably get rid of some things I didn’t like as much from the second record and try some new things…so it’s always a bit of an evolution…I wanted this record to sound a little more immediate…i didn’t want people to think there was something wrong with their stereo when they were listening to it, but i still wanted it to retain some of the vibe of the previous record.

KALTBLUT: Your sound has strong goth-synth and cold wave influences, were you listening to similar styles growing up?
Black Marble: I have a lot of different influences, i would say i pull from everywhere…songwriting-wise I’m not that influenced by minimal synth music because I think a lot of it is not that well conceived from a songwriting perspective yet the sounds….the residue of the instrumentation and the tape that was used…the vibe that all gives off I do like quite a bit, but from a songwriting perspective I probably take more from the Kinks than KAS Product for instance.

KALTBLUT: You said in one of your posts that “I make music because it’s the one small way I can try to make things better for someone like me who found music so necessary for emotional survival when they were growing up”. Do you feel that music can become like a second family, forming friendships and relationships through a creative outlet?
Black Marble: Yes but I think you have to also guard against using music to try and get you somewhere. Its valuable enough on its own accord than to try and go start a band to make some new friends or expand your dating pool. But I do think that, maybe I wouldn’t call it a family, but you have a new expanded group of like-minded people and it’s nice just to have things in common with people and know they are everywhere. You also learn about what makes a real music fan. The person that is wearing the coolest clothes posting to their Snapchat from the coolest bar is not at shows that much, really. You actually see way less of those kinds of people when you become a part of the music world which was a pleasant surprise.

KALTBLUT: You’re interested in punk history… What are your feelings on it as a cultural movement and were you surrounded by that kind of setting in your earlier days?
Black Marble: Yeah I grew up in a suburb of Washington DC and Punk and Hardcore music was what people listened to at the time. It’s hard to comment on what I think of Punk as a cultural moment because no two people see it the same. A lot of what American people think is “punk” – this sort of sharing anti-establishment vibe – is really just hippie culture to me. I think the one universal aspect of it is just not being concerned with what the people around you think you should be doing. The side of it that I don’t think is always a part of it universally but i like is taking that idea one step further and doing your own thing creatively outside the scope of what is considered mainstream and therefore monitizeable by financial actors with no concern for anything community based. I like being a part of a wide network of like minded people who are doing things on their own terms, I guess that’s what it means to me.

KALTBLUT: You’ve recently made a move from the East Coast to the West Coast… Has this had an influence on the album?
Black Marble: No I wrote the album on the East Coast, but knowing I was going to move and that I did not know what the shape of the band would be by the time the record came out led me to probably experiment more with instrumentation without worrying about how I would pull it off live 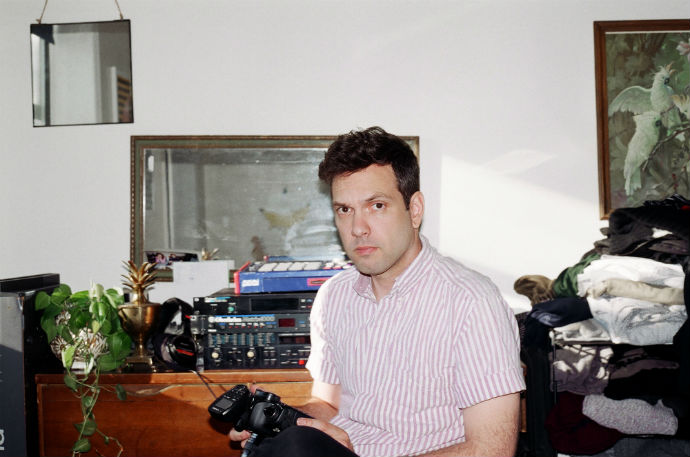 KALTBLUT: Your previous album ‘A Different Arrangement’ felt a little darker than your upcoming album. Would you agree? Does this have anything to do with what was going on at the time?
Black Marble: Yes I would agree but no I would not say, for instance I felt differently before and made a “darker” album the first time because of this, I think I was trying to write an album that had more variation to it after I proved before that I could write one from scratch…so maybe just trying different things caused the whole thing to seem less coherently dark but i think there are some songs that fit in well on the first album but yes there are some that would seem out of place. I think overall it’s a more thoughtful and wide ranging record and some people appreciate that and some people just want the same thing from last time but if i had done that then they would have said I didn’t progress so whatever. I just tried some new stuff production-wise and i think it just came out a little more immediate sounding and a little less dark.

KALTBLUT: You had a four year gap between your two albums… Can you tell me a bit about how ‘It’s Immaterial’ came together?
Black Marble: I was trying to write the record while working full time and the job was like 65 hours a week and I was just not doing it. I was failing basically at my job and at writing another album so I had to quit the job. I had a fairly decent career going and I just quit because I knew ultimately I would look back on not making music with more regret in the long run. So there was a gap in time where I was figuring all this out.

Rihanna´s ANTI albums is OUT! 4 Free

KALTBLUT: It’s been said that your music holds similarities from some bands of the past. But, as I see it today there is always going to be someone that has done something similar to you, it just comes down to you putting your own spin on it as an individual… What are your thoughts on this?
Black Marble: I agree. I think you can use old objects to make something new in art…i don’t know why people don’t see this is true in music.

KALTBLUT: What are some other things Black Marble has planned for the near future?
Black Marble: I’m trying to write another album now as I’m gearing up for tour so I don’t fall into the same trap from last time. I want to release more music soon. Im also trying to do scoring and soundtracks for film. that’s the main reason I moved to the west coast.

‘It’s Immaterial’ is out now on Ghostly