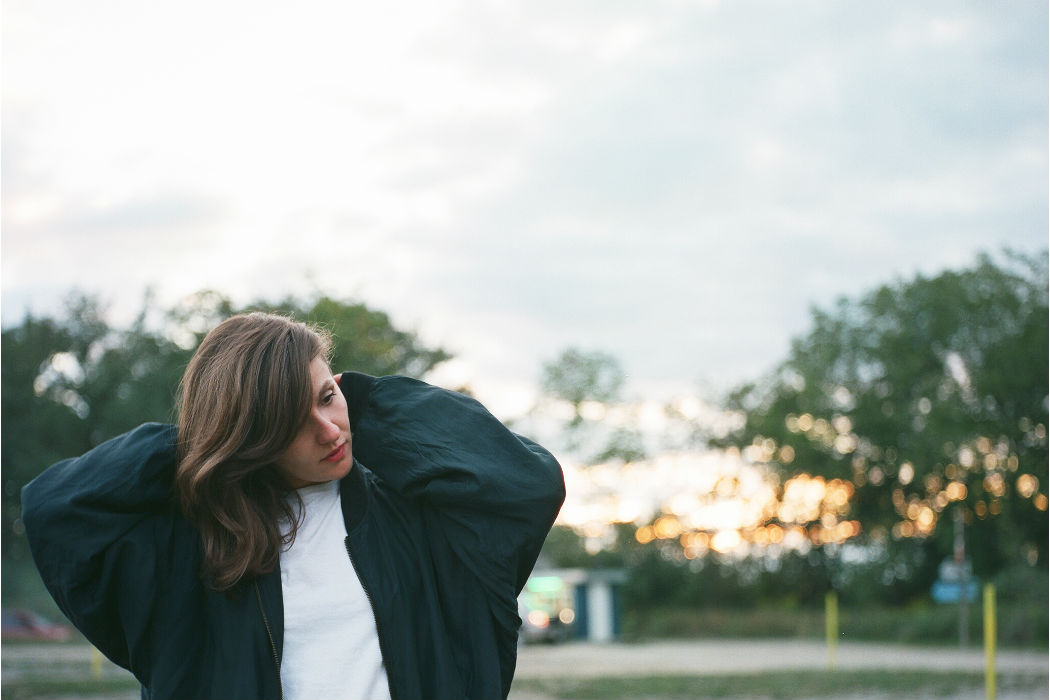 An interview with Jessy Lanza

Jessy Lanza is a songwriter, producer and vocalist from Hamilton, Ontario who makes progressive electronic music with pop sensibilities. A writer of pop songs that aren’t strictly pop, the R&B-inspired singer’s powerful vocals burst out from the often pared-back production of her dance-enthused tracks.

After dropping out of a Master’s degree in musicology at McGill, Lanza decided to start making music. She subsequently met longtime collaborator, Jeremy Greenspan of Junior Boys, who she provided vocals for and who she would go on to work with on her future releases at his Berlin studio.

Her first album, the visceral and sensual ‘Pull My Hair Back’, was released on Hyperdub to rave reviews back in 2013, with Resident Advisor ranking it 4th in their list of Top 20 albums of 2013. Her second and most recent album, the sanguine ‘OH NO’, was released to similarly enthusiastic reviews in May this year. Both albums were nominated for Canada’s prestigious Polaris Music Prize. In the gap between albums, she also collaborated with Caribou on his excellent 2014 ‘Our Love’ album.

KALTBLUT spoke to the Canadian artist as she was coming to the end of her extensive European Tour – which included a stop at Berlin’s Kantine am Berghain – about her most recent album, the Polaris Music Prize and her hometown of Hamilton.

KALTBLUT: Did you have a chance to enjoy Berlin before your gig at Kantine am Berghain?
Jessy Lanza: Yes, Berlin is a very nice place. I hope to come back for a real vacation one day.

KALTBLUT: What cities were you most looking forward to revisiting on this tour? Is there anywhere you’d like to play that you haven’t before?
Jessy Lanza: I went to Tromsø to play a show last week. It’s north of the arctic circle and a destination for people looking to see the northern lights. It was cloudy though for the couple days we were there so we didn’t see anything in the sky.

KALTBLUT: What inspired the cover art for ‘OH NO’?
Jessy Lanza: The cover for OH NO is a still from the music video for the song ‘it means i love you’. It doesn’t look like me on the front which suits the overall mood of the whole album

KALTBLUT: How did you approach your latest album differently to ‘Pull My Hair Back’?
Jessy Lanza: Pull My Hair back was the result of Jeremy Greenspan and I experimenting with different approaches to writing pop songs and OH NO isn’t different in process. I can remember while making OH NO I felt down and I wanted to make an album that was the opposite of how I felt.

KALTBLUT: You collaborated with Jeremy Greenspan on your debut, and most recently on “Oh No”, what was it like working together again?
Jessy Lanza: I love working with Jeremy because he understands where I’m coming from and what I want to do, and he’s fun to work with – he never takes it too seriously, which is really important to me.

KALTBLUT: Both your albums have, deservedly, received critical acclaim upon release, is there ever a sense of worry about how critics will respond to new material?
Jessy Lanza: If people like what I do that’s great – that helps. Positive energy towards what you’re putting out in the world is obviously a great motivation but I’ll continue to make music regardless so it doesn’t really matter

KALTBLUT: What made you decide to stay based in your hometown of Hamilton?
Jessy Lanza: Being close to my family is important to me, and they live in Hamilton so there I am.

KALTBLUT: How did it feel to be shortlisted for the Polaris Prize for a second time, on only your second album, this year?
Jessy Lanza: It feels good to be acknowledged within Canada. I don’t play there much so it feels nice to get some love from Canada

KALTBLUT: There were a lot of great artists on the shortlist and long list for this year’s Polaris Prize, are there any other Canadians you think are making exciting music right now?
Jessy Lanza: Well Junior Boys, Orphyx, Kara – Lis Coverdale, Jeff Elise Barbara.

KALTBLUT: What do you have lined up once your European Tour finishes?
Jessy Lanza: I really want to do nothing for a while, listen to lots of music and that’s it really

OH NO is out now via Hyperdub