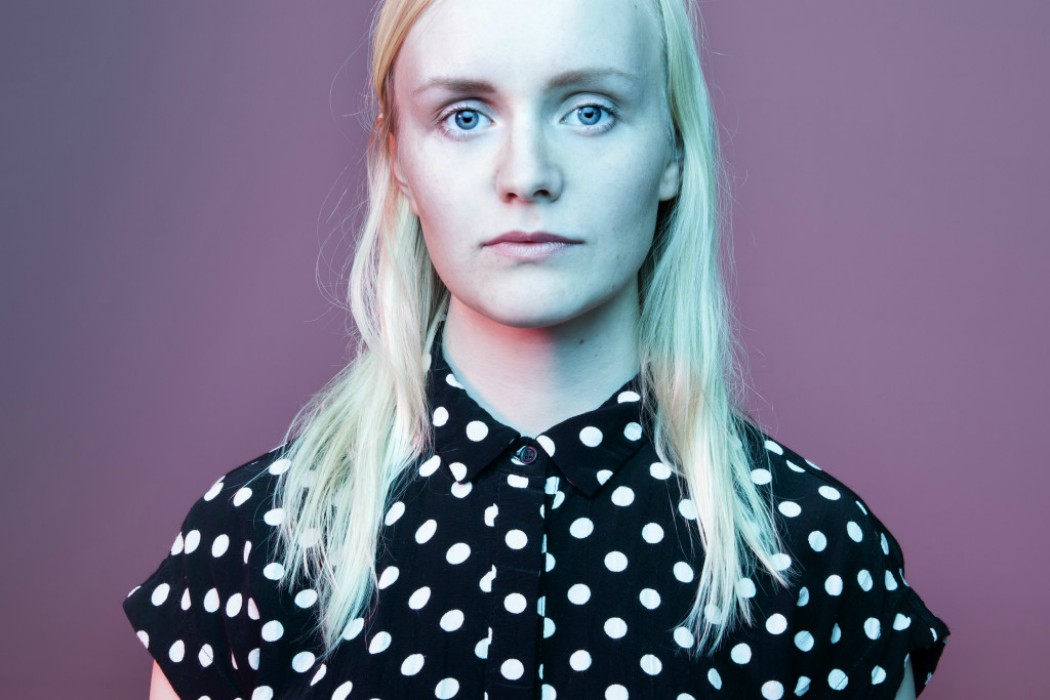 Educate Your Ears: An Interview With The Hearing

Exclusive Q+A with one of Finland’s fastest rising pop acts! This week KALTBLUT had a chat with Helsinki-based musician Ringa Manner about her solo musical endeavours, and her wonderfully creative side projects. A subtle mix of strong vocals and angelic harmonies, topped with pop melodies and clever lyrics, Ringa Manner is a daydreamer, romanticist, rocker, music and a self possessed ‘nerd’. On her new album Adrian she expresses everything; The Hearing is not a simple woman with guitar project, it is so much more. Manner’s beautiful elfin voice floats over cool beats and synth sounds, that occasionally creep into darker and more poignant places. There is a sense of Freddie Mercury, Owen Pallet, Kate Bush and Björk, and we have been enjoying the 80s influenced dark pop sound that she has made her own.

KALTBLUT: Can you tell us a little bit about yourself and your music?
The Hearing: I am a solo artist from Helsinki, Finland, and I do pop music with a looper, a synth, a drum machine, and a lot of singing and shouting in harmonies. I have been playing since 2012, and so far I’ve done almost 200 shows in Finland, Europe and across the world. I released my first album Dorian in 2013, and my second album Adrian now this April.

KALTBLUT: Which artists do you feel have had a major influence on your sound?
The Hearing: On the first album I listened to a lot of Bat For Lashes and and Chairlift – later I got into Owen Pallett and Beach House more. Also my forever favourites, Queen and Michael Jackson, have been huge influences over time.

KALTBLUT: What has been your experience of emerging as an artist in the music scene in Helsinki?
The Hearing: I don’t know how to compare it to emerging anywhere else! I’ve done music for ten years now, first in Pintandwefall, then as a solo artist. There are also about five other bands (for example Cityman and Solano + Profettes) that are all active at the moment, so I keep myself pretty busy.

KALTBLUT: What was the inspiration behind your latest album, Adrian?
The Hearing: All my albums so far have a literary theme to them. The title this time comes from Stephen Fry’s book, ‘Liar’. After reading the book, I sort of created my own version of this one character, Adrian in my head. The album is a musical interpretation of that person. So in a way the album is a dream of a picture of somebody else’s idea.

KALTBLUT: How do you feel you’ve evolved in this album since your debut, Dorian?
The Hearing: Dorian’s sound world was closer to my live set-up. But on Adrian I deliberately wanted to make the album into a world of it’s own, to create a place outside of normal life or the restrictions of our society. Luckily my genius producer Pasi Viitanen gets what the hell I’m talking about with these references, and is able to fish out the songs from my head with me.

KALTBLUT: What did you have in mind for the creation of your video for “Backwards”?
The Hearing: The video was thought up and directed by Heta Saukkonen, who travelled with me to China in 2015. We shot most of the footage there, and the rest after we got back to Helsinki. I like super simple videos and this one is as simple as it gets! I also love Heta’s style, she has a very refined and nuanced take on things. She also directed videos for two songs from Dorian: ‘Swallow’ and ‘Everyday’. You should check them out too!

KALTBLUT: How are you feeling about your live performances this summer – excited?
The Hearing: I am super excited yes! I have never played at Spot Festival or Great Escape!

KALTBLUT: Can you tell us a bit more about your other creative process behind my2014in365?
The Hearing: It was my diary for the year 2014. Or at least the first six months of it. I love to draw. I might not be a born virtuoso at it but that doesn’t matter because it’s super fun to do.

KALTBLUT: Is there anyone who you would love to collaborate with in future?
The Hearing: I have been super inspired lately listening to Asbjørn, Kriget, Owen Pallett, Long-Sam and Jaakko Eino Kalevi. I love doing collaborations and lately I’ve been toying with the idea of remixes also! I have confidence that this kind of stuff will come along the way, I just have to be ready to say yes!

KALTBLUT: What’s next for you?
The Hearing: Next up for The Hearing is gigs, gigs, gigs, – and starting work on my third album, Demian. 2016 lookin’ up supa fine!

Adrian is due for release on May 13th via Solina Records and Cargo records here.