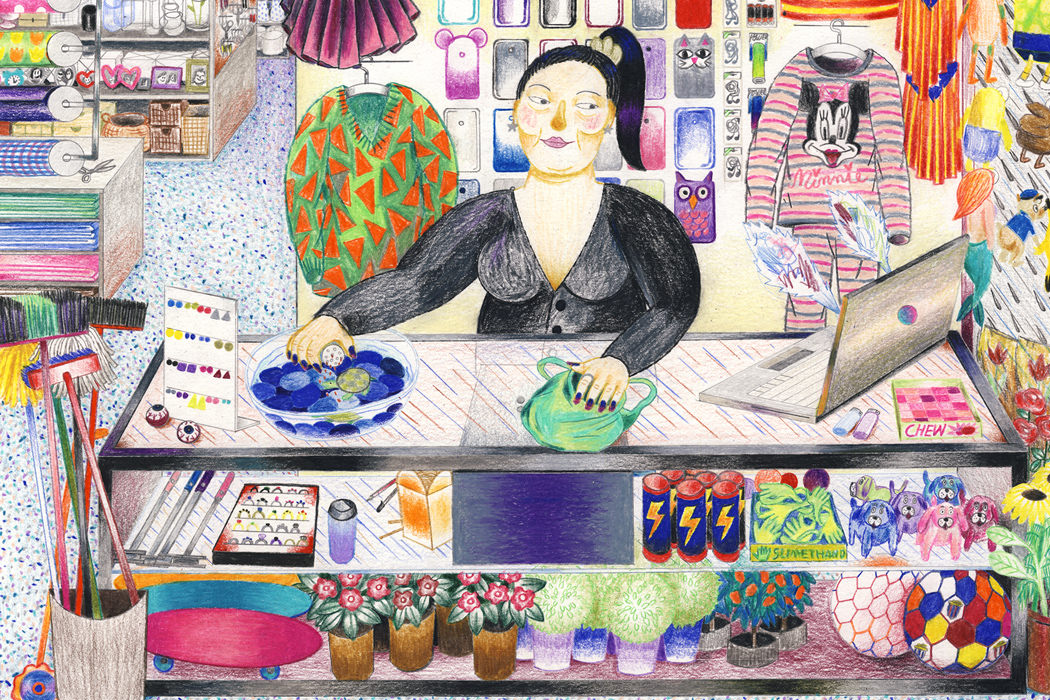 Artist of the week: Marlene Krause

Marlene Krause is a freelance illustrator and comic artist in based in Barcelona, ​​Spain. You can  easily identify a signature style through her productions, and that’s exactly what hooked up directly with Krause’s work. Inspired by comics, and her daily life, Krause produces a very authentic graphic work. 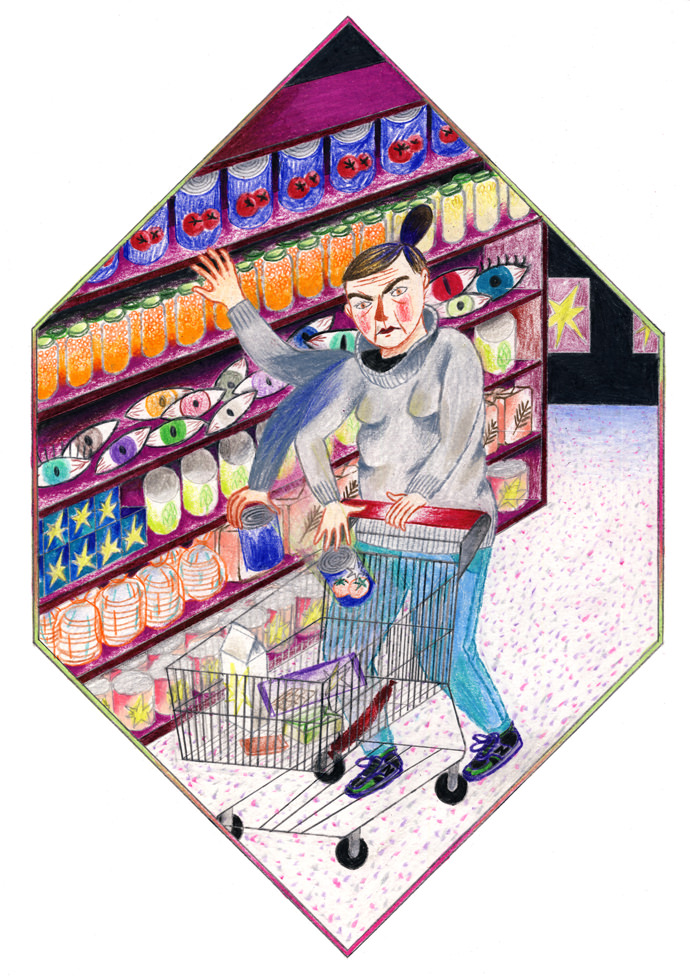 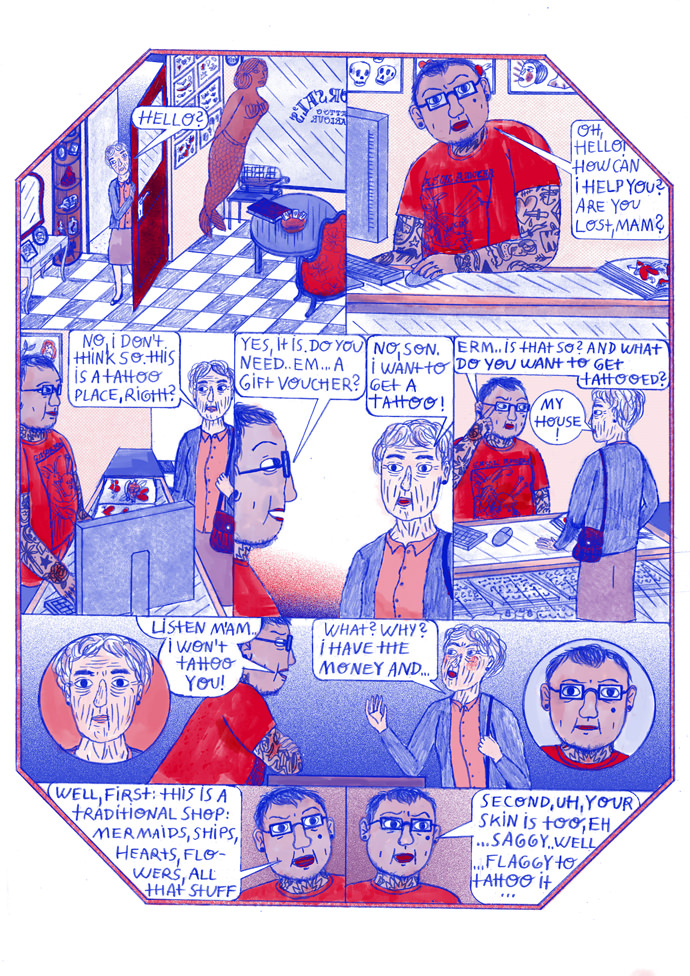 KALTBLUT:  HI Marlene! How did you first came to illustration and then to comics?
Marlene:  I started reading and then drawing comics aged three, and only learned about illustration later. I just liked drawing more than anything else. And the way images can tell stories without (many) words keeps fascinating me.

KALTBLUT: There is a bit of irony and darkness in your work, I found. What inspires you the most?
Marlene: I can’t help being a bit dark, as you call it, because of the way I see things around me, which often makes me angry or sad. So irony is the only sane way to deal with that. 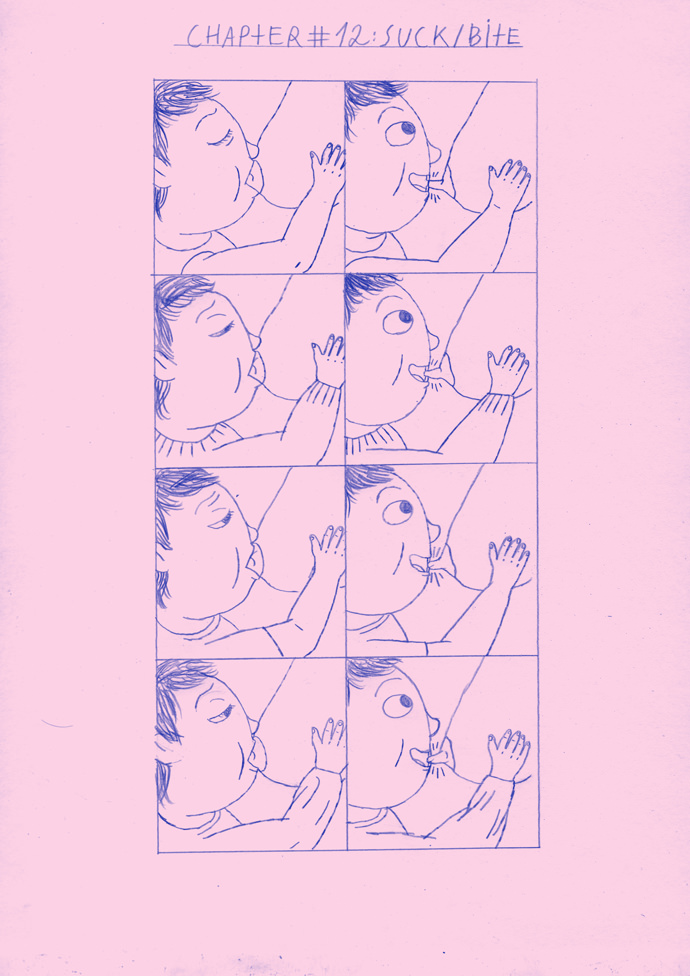 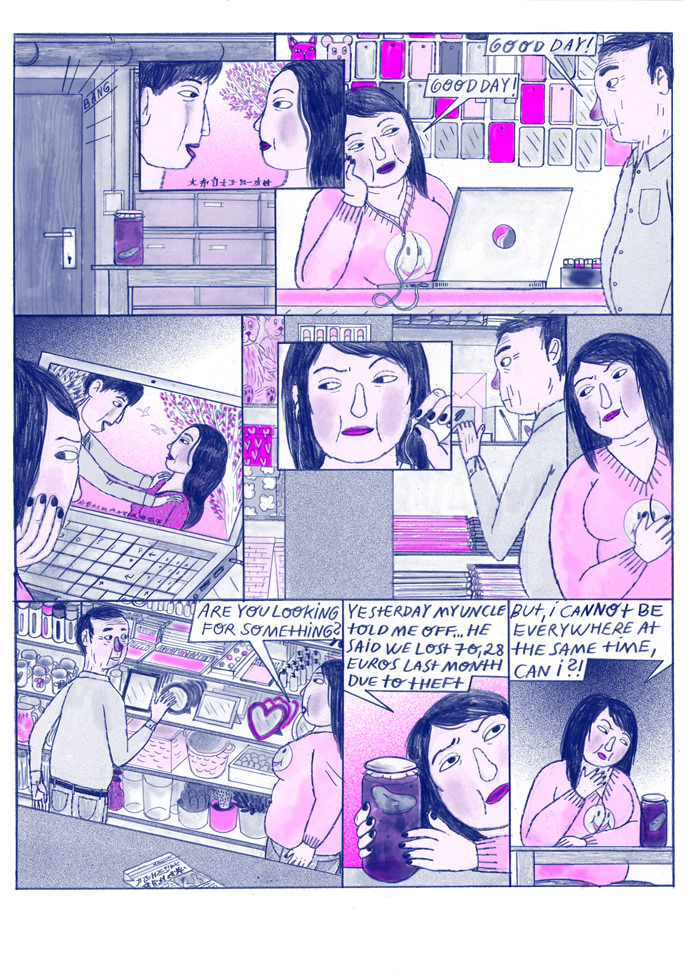 KALTLBUT:  I have the feeling that there is also a lot of autobiographic element in your work… Am I right?
Marlene: It depends, but yes, there certainly is, although in the last years I pretty much left autobiographic topics behind, apart from a book project about my personal experience as a mother.

KALTBLUT: What it is about coloured pencil you like so much?
Marlene: They are…coloured! That is great. And you can carry them around with you, that’s important too. 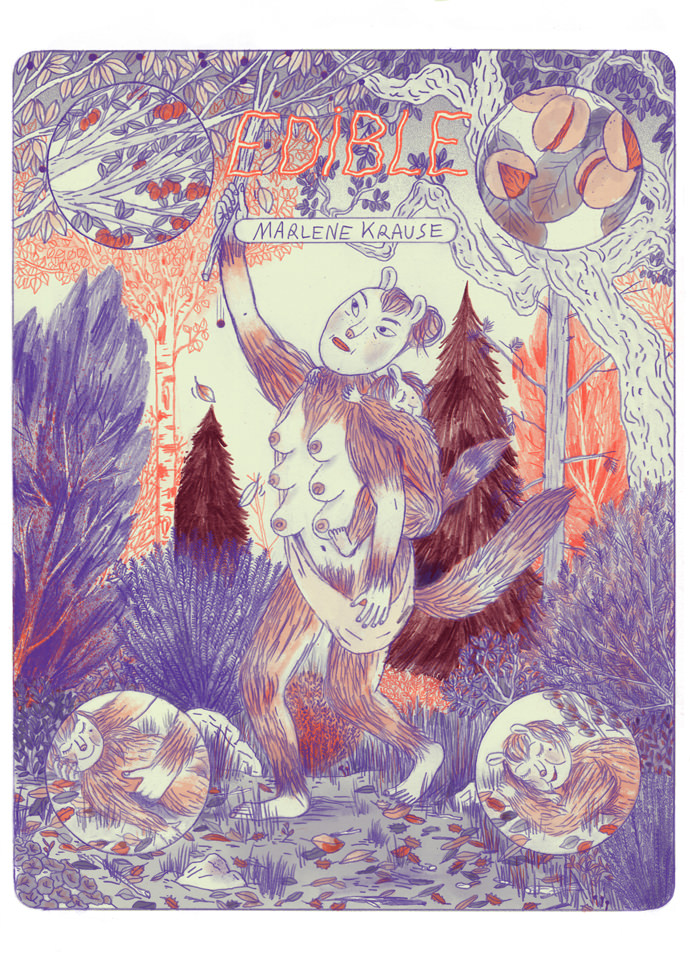 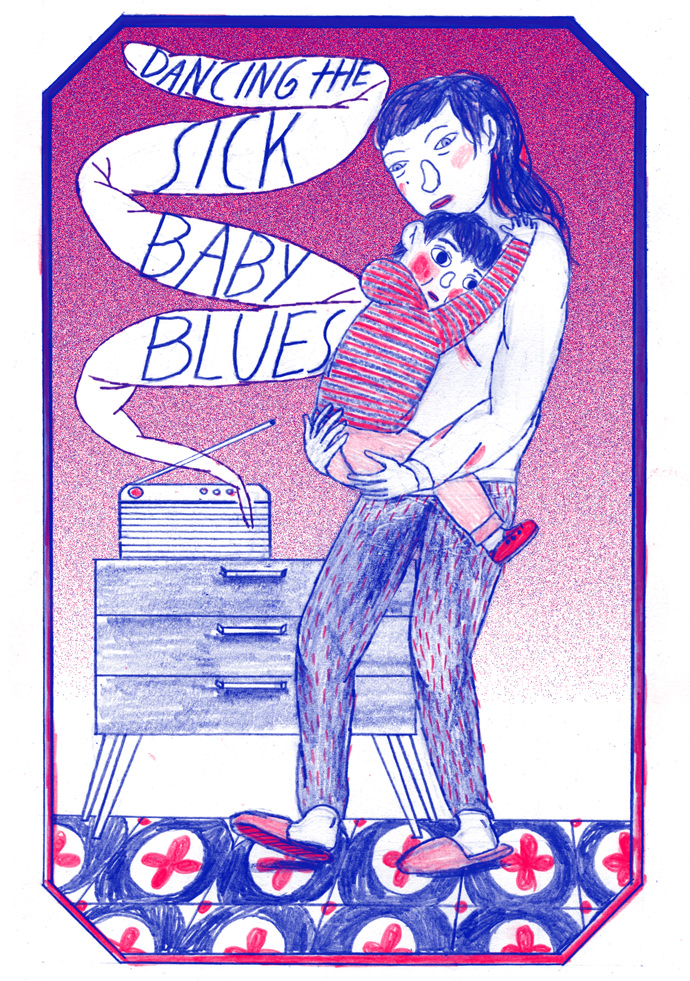 KALTBLUT: You’re from Germany, but you live now in Spain. How the two cities has influenced your work?
Marlene: I lived and studied in Hamburg and it is there where I got strongly influenced by so many great artists I shared university and projects with, but Barcelona has been a big influence for me since almost 10 years, when I first came here as an exchange student. Spain has an incredible comic scene little known abroad, and very good painters and illustrators.

KALTBLUT: What’s your favourite comics?
Marlene: My favourite comics? That is indeed very difficult…my favourite spanish artists are Felipe Almendros and Irkus M Zeberio. I could also cite many many international artists I adore, like Anna Sailamaa & Roope Eronen from Finland, HTMLflowers from Australia, Ron Rege Jr & Mark Beyer from the US, …this could go on for a long time and I’d probably forget a lot of great people…

KALTBLUT: What is the message you want to get cross to viewers of your work ?
Marlene: Think. And be empathic. There are many many things going wrong, so don’t take the way it is for granted, but try to make it better. 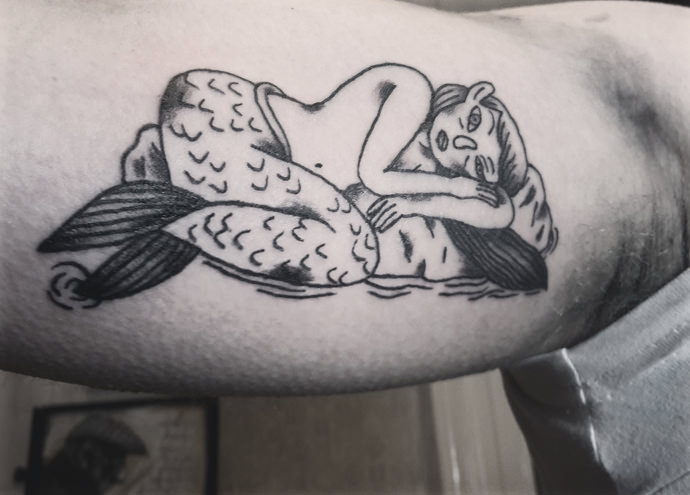 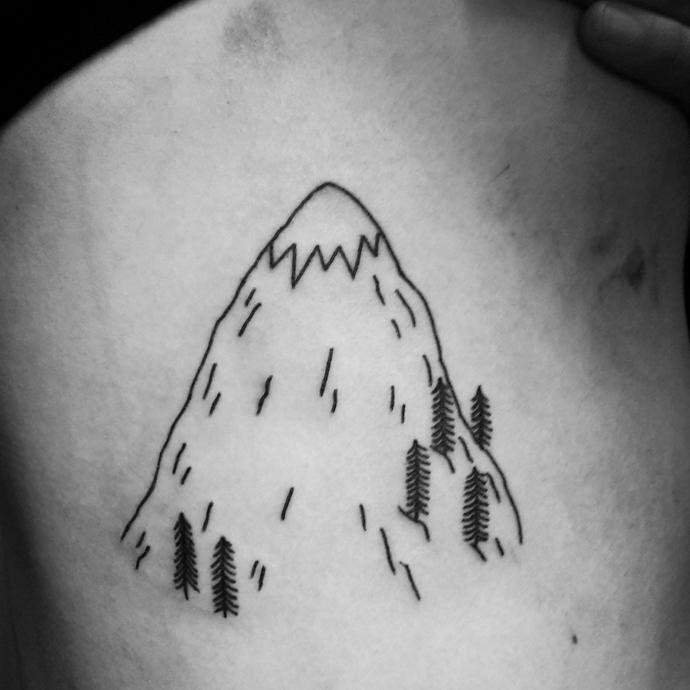 KALTLBUT: You’re also a Tattoo artist. Was it for you the normal way to go from illustration to tattooing?
Marlene: Not at all. I wasn’t interested in tattoo while still living in Germany, I did not like the circumstances in which people were learning and working, and I did’t really see tattoos that raised my artistic interest. It was here in Spain where I met a lot of autodidact or homemade tattoo artists, and I finally got on fire for tattoo ;-) I really enjoy leaving my mark on people’s skin. 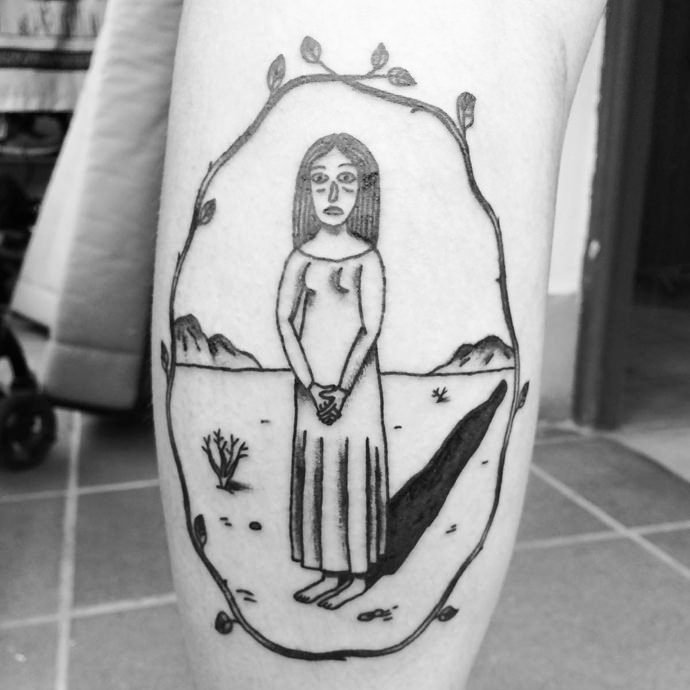 KALTBLUT: What is your ultimate goal?
Marlene: Short term, to have enough time for drawing, my kid, my garden and playing Capoeira. Long term…I am an idealist, so I have many unrealistic goals, but I won’t bore you with that ;-)

KALTBLUT: What are you working on the moment?
Marlene: I am working on several short stories which will be made into a book soon, some of them have been previously published on the VICE magazine’s comic page. Also I am working on a graphic novel, and several smaller commissions. I will also do a small tattoo tour in Germany in the beginning of august. 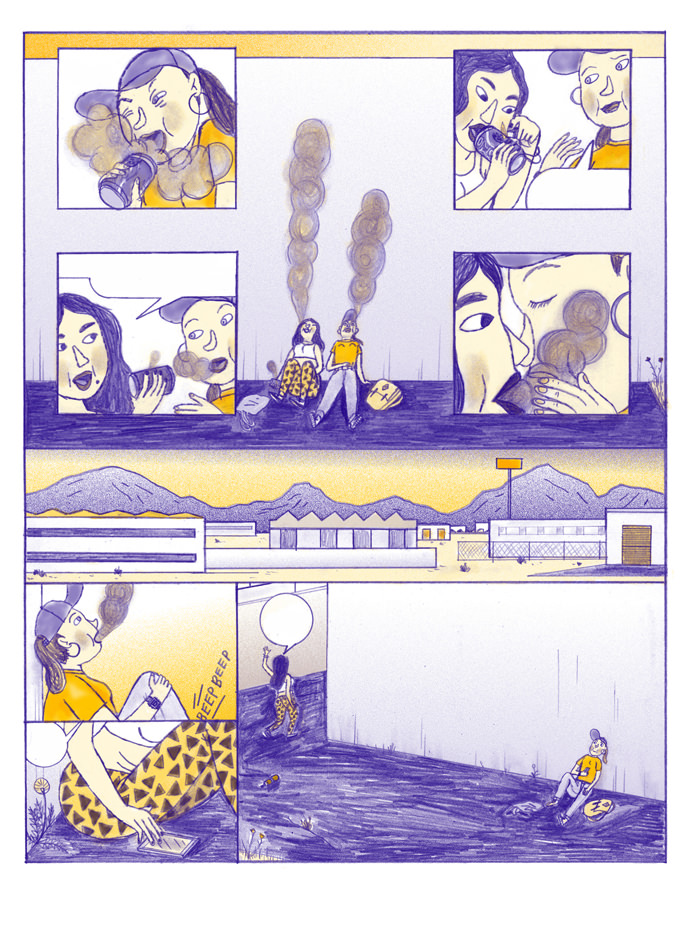