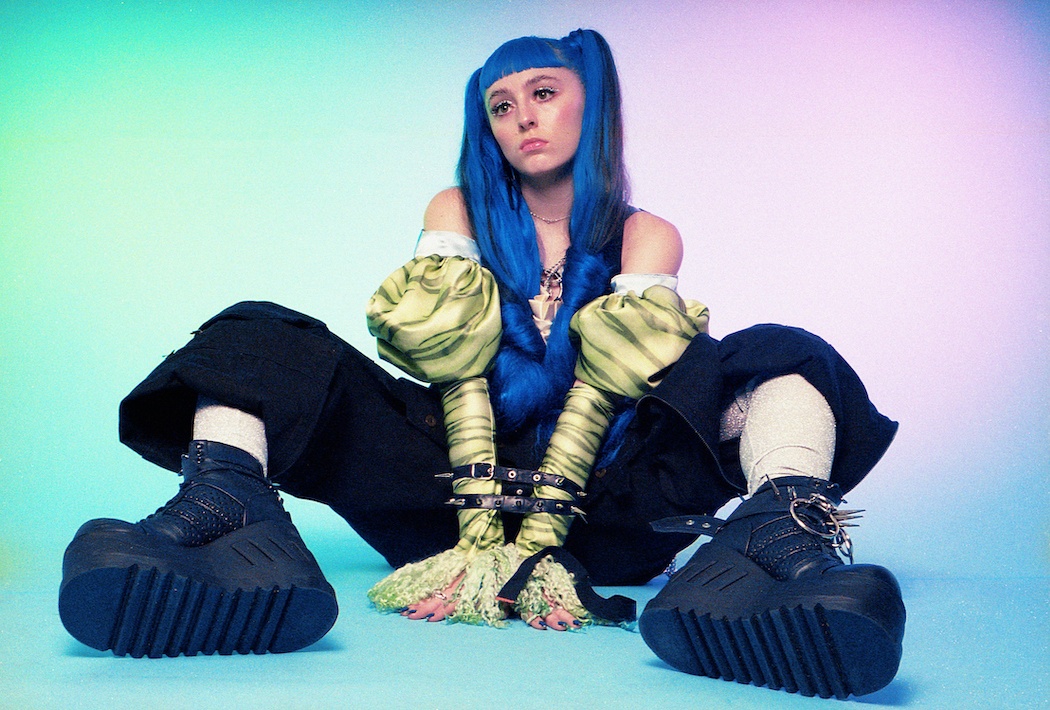 Ashnikko shares the action-packed anime video for new track ‘Cry’ featuring none other than the ethereal pop artist, Grimes. ‘Cry’ premiered last night on Annie Mac’s BBC Radio 1 show and is now available via Parlophone Records. The photoreal CGI and anime-inspired video directed by Mike Anderson depicts Ashnikko and Grimes mutating and metamorphosing through time and space all leading to a demon Ashnikko stalking her prey. ‘Cry’ traces the break up with a friend after the ultimate betrayal and as Grimes and Ashnikko sing “this could get gruesome” we hear the anger we’re accustomed to from the blue-haired artist transposing to vindication. Following on from the angst charged Hi, It’s Me EP the listener gets a glimpse into Ashnikko’s sensitive side, never straying too far from her boss bitch nature.

Ashnikko says on the track “I have wanted to work with Grimes for 100 million years and now it’s happening…a dream! She is singing with me on an angry ass song about my ex-best friend sleeping with my boyfriend…sublime!!!” With Grimes adding “Ashnikko rules and the song is great”!

Ashnikko recently hit 1 million followers on TikTok thanks to her high energy, relatability and comedy gold. Pre-lockdown, the Guardian listed Ashnikko as a one to watch for 2020, supported Danny Brown on his U Know What I’m Saying? tour across the US, Doja Cat support dates announced, as well as three headline shows in London selling out all before everything came to a halt. She even counts Oli Sykes as a massive fan with him calling her “the coolest person alive”. Even with the world slowing down, Ash has been virtually busy eating chillies with YungBlud, doing yoga with Charli XCX, playing DJ sets for Club Quarantine and to top it off, Ashnikko has just received her first gold record in the US for her co-write on Doja Cat’s Boss Bitch. Stay tuned for more music and mayhem from everyone’s blue haired maven.