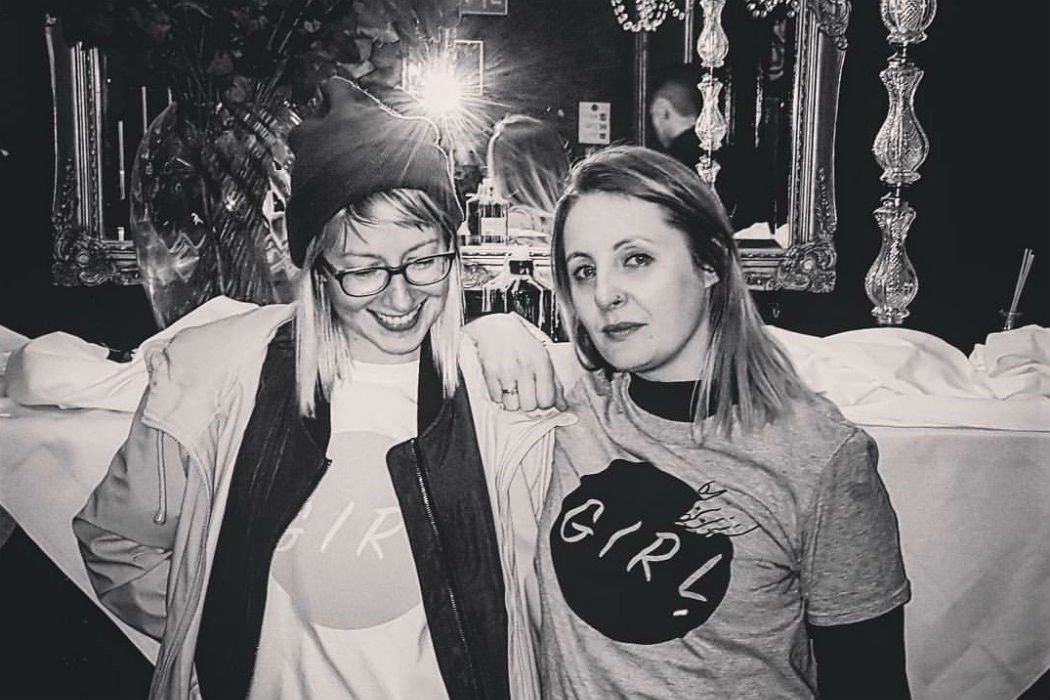 GIRL is made up of Belfast DJs Marion Hawkes and Venus Dupree. The duo launched in July 2016 with the intention of setting up a night where they could play the music they wanted to play without constraints. Marion and Venus also saw an opportunity to contribute to the conversation around the lack of visibility of female DJs, and thus GIRL was born! GIRL have firmly established themselves as fierce advocates for women working in the music industry and have gained a reputation for producing sets which are a full on musical assault, spanning the gap between Disco, Italo, House and Techno. This summer will see a run of high profile gigs with a GIRL night at Women’s Work Festival on Friday 26th May and a debut set at AVA Festival Friday 2nd June in addition to a run of individual gigs in Belfast and beyond.

Mic Mills – Too Hot To Sleep – Coastal Haze
I get lost in a Bandcamp rabbit hole sometimes, its such an amazing resource. London’s Coastal Haze was one of the many labels i stumbled upon, and Mic Mills recent album Globalise is a worthy listen. Pick of the tracks for me is Too Hot To Sleep, a balmy, bongo driven beauty.

Lnrdcroy – Ooze City – Mood Hut
This one has been out a while but its total gold. A chugging acid stomper. Mood Hut cementing their cult label status with every release!

Lone – Chroma – R&S
Punchy, spacey new one from Lone on R&S, his style has really evolved since Lemurian, showing that is just as capable of knocking out more club worthy tracks as well as blissful downtempo gems.

Das Komplex – Tonight, Good Night – Codek
Every set needs a stormer of a disco track and this has been a staple track in my sets since its release. Cant get enough of that drop!

Shelter – Corant Rouge – International Feel
It’s hard on the ears to be constantly listening to music meant for club environments, so i have a real love for the more chilled side of electronic. Its all about the melodies, the hooks, the subtle changes. There is no better label for it than International Feel.

Losoul – Open Door
The first time I heard this track I was completely mesmerised. The track is layered with so many driving sounds but yet it stays constant. So SEXY!

MFSB – Love is the Message
This classic disco track reminds me of ‘Paris is Burning’ as it was a big ballroom theme in 90’s when Voguing really came into it’s own. A cat walking classic!

Black Bones- It happened
This is by local Belfast producers Timmy Stewart and Aaron Black and is the most beautiful edit of Demis Roussos’s Let it Happen. I honestly listened to it for a full day the first day I bought the record. Those anthemic strings just kill me ooof!

Ron Basejam – Shit Wizard
This producer out on ‘Delusions of Granduer’ label is a relatively new discovery. Again , this track builds and layers without actually going anywhere but it’s captivating and the vocals are lovely.

Aleem – Release Yourself (Dub)
So, truth be told Ive been playing this for years because it’s so good! It’s a Paradise Garage classic and I have a full set of dance moves to compliment it. The best part is around 3:17 – 3:55 when it breaks down.