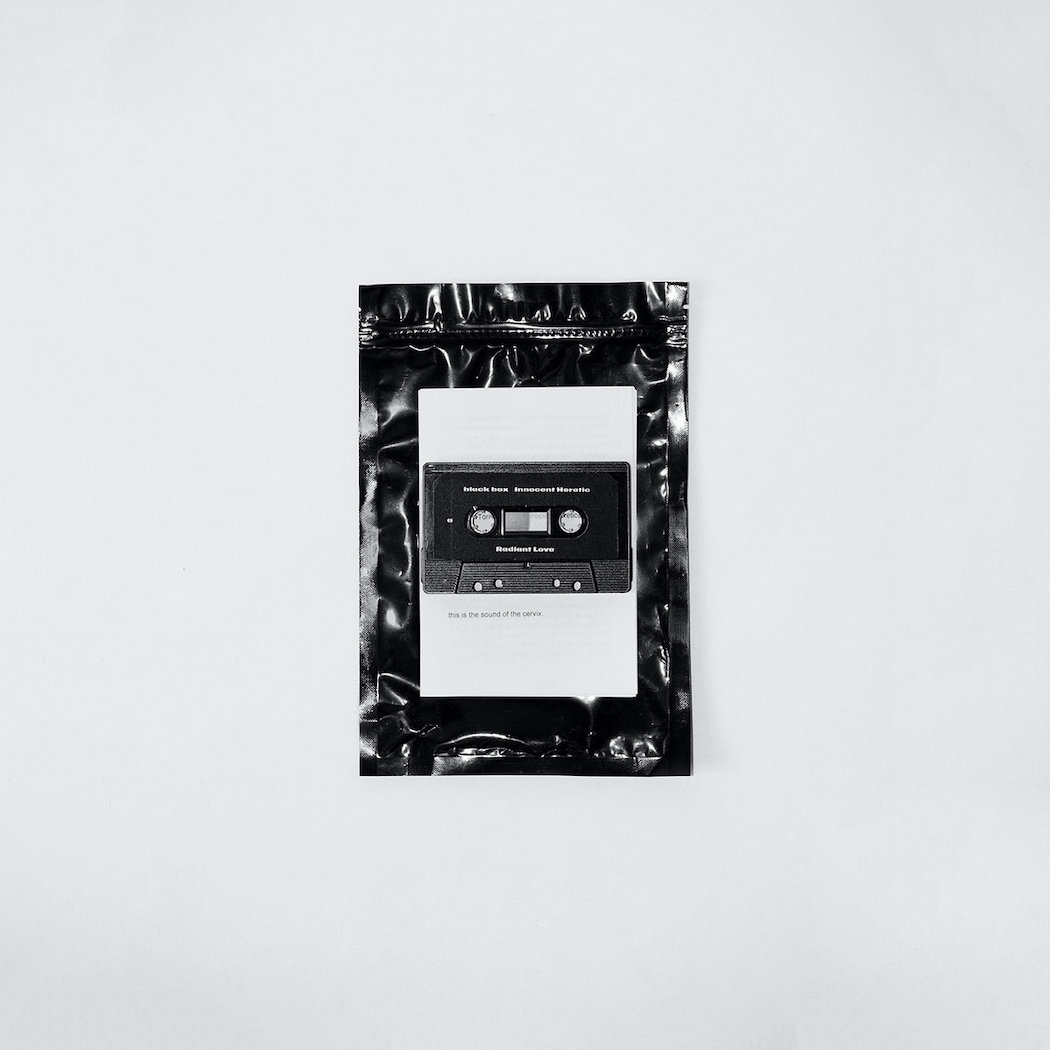 If the records released by Radiant Love are a distillation of the sound and spirit animating the collective’s dancefloors, their cassettes will bind to magnetic tape something more abstract – the atmosphere and ethic of the party, the systems and sounds running adjacent to and beyond the sound system. The series will focus on performance documentation and spoken word; its first release is black box, an accompaniment to the performance by Evelijn Forrest, Tori Newberry/Innocent Heretic, and Radiant Love co-founder Amelia Emma Forrest.

black box tells the true story of Evelijn’s traumatising journey in the male-centred medical field – it is one of inequality and of remembering, which seeks to situate themes of female silencing and bodily autonomy within their historical context. Evelijn’s experience is one of chronic pain that developed into a nervous system issue stripping her of control of her legs, bladder and bowels. After visiting a host of unreceptive male doctors, only through her own persistence Evelijn’s issue was finally diagnosed as relating to her IUD, which had become mispositioned and damaged, crucially, her cervix, causing serious issues with her pelvic parasympathetic nerve.

The performance of black box developed from the shared trust and synergy of Eveliljn, Tori and Amelia and the urgency they felt to highlight the patterns of abuse experienced by women from the medical industry. black box creates awareness of these issues and calls us back into relationship with our bodies despite living within a patriarchal system. Originally created as a durational performance installation at a Radiant Love rave in March 2019 where it was performed with Amelia wrapped in plastic between two support columns, creating a surface for Tori to write out Evelijn’s story. The narrative was then developed during a residency at R.E.D. in Eina, Norway, and formed into a full-length lecture performance, premiered with two sold out shows at Berlin’s Acker Stadt Palast in January 2020. The cassette release is a live recording of the second performance at the beginning of this year. 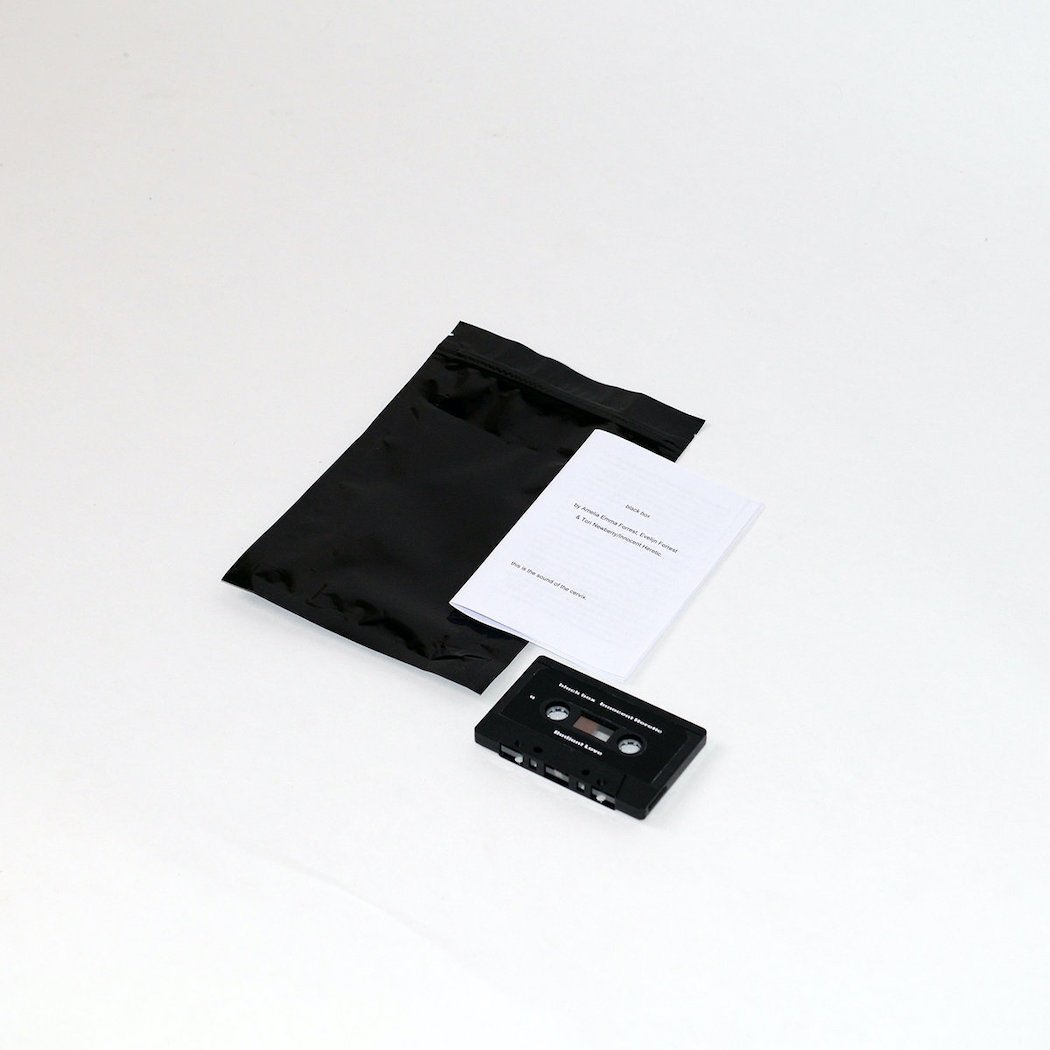 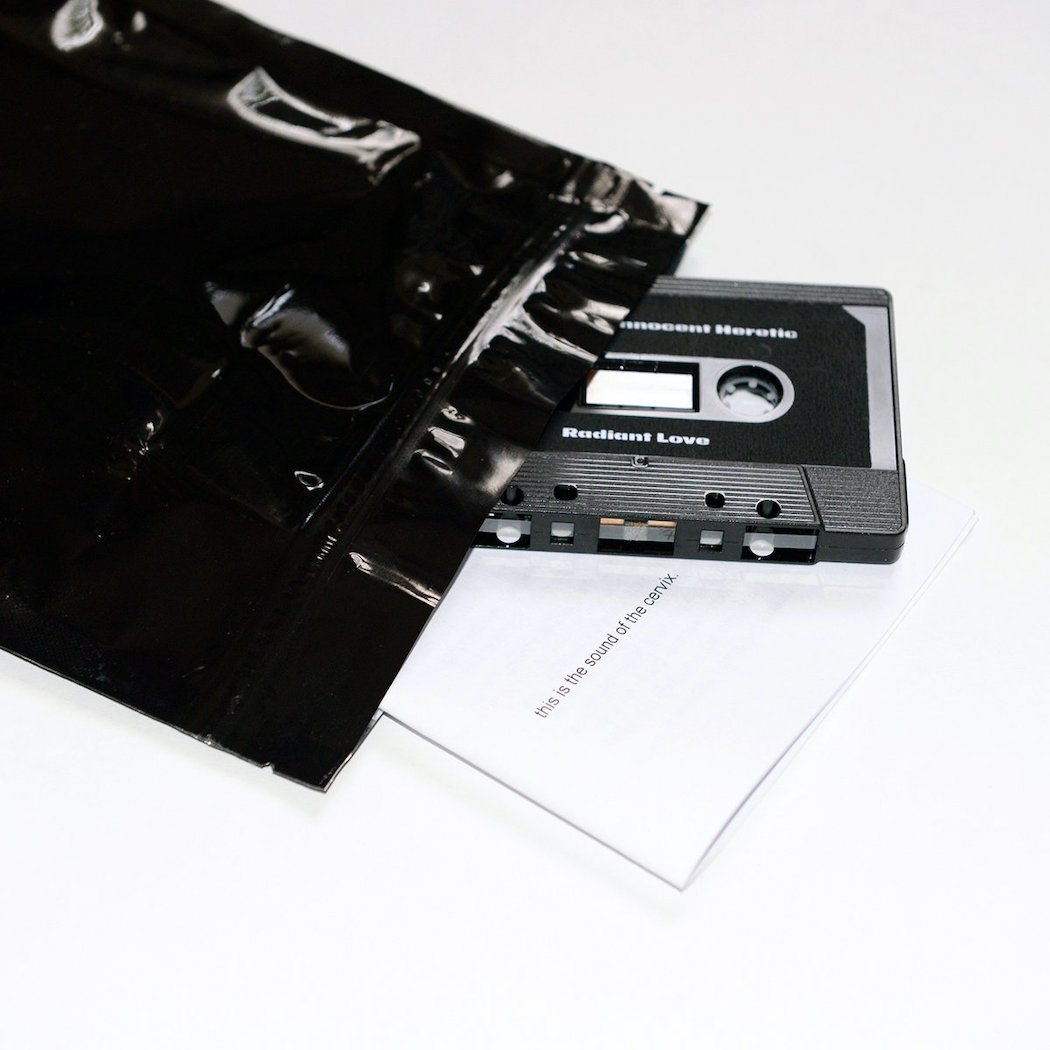 The A-side of the cassette plays out Tori/Innocent Heretic’s shadowy score, which begins with an interview with the somatic researcher and teacher Bonnie Bainbridge Cohen. Cohen says at one point that, rather than a “find the light” approach to healing one’s own nervous system, one must embrace and enter the darkness. This is the darkness of butoh rather than ballet, Dionysus not Apollo, the black box theatre rather than the white cube gallery, feminine “lunacy” in relation to masculine solar clarity. It’s the kind of darkness unable to be apprehended by empirical research, and thus mistrusted and feared by the medical industry – exactly the dynamic played out by Evelijn’s story, recited on the B-side.

“As long as the cervix is in the body, the inside of it cannot be ‘seen’ by any available methods,” recites Evelijn at one point, pointing us again to this small brace of tissue so symbolic of the “darkness” associated with female anatomy. In the performance’s script, which comes with the tape cassette, one can register how Amelia and Evelijn staged different aspects of visibility and obscurity; the script concludes with an appendix of readings and video material, which stand not only as “relevant media” but also tools for women to share knowledge about their bodies against a dearth of research and an always-pending label of “hysterical.” We are granted access to Evelijn’s story, but we are also made aware of this account as part of an extensive history of suppression and survival of women’s healing. Ultimately, this is what Radiant Love’s productions aim for: healing – embodied knowledge emerging from hours of dancing together – knowledge of the body beyond the light of day.

You can get black box now on Bandcamp: https://radiantlove.bandcamp.com