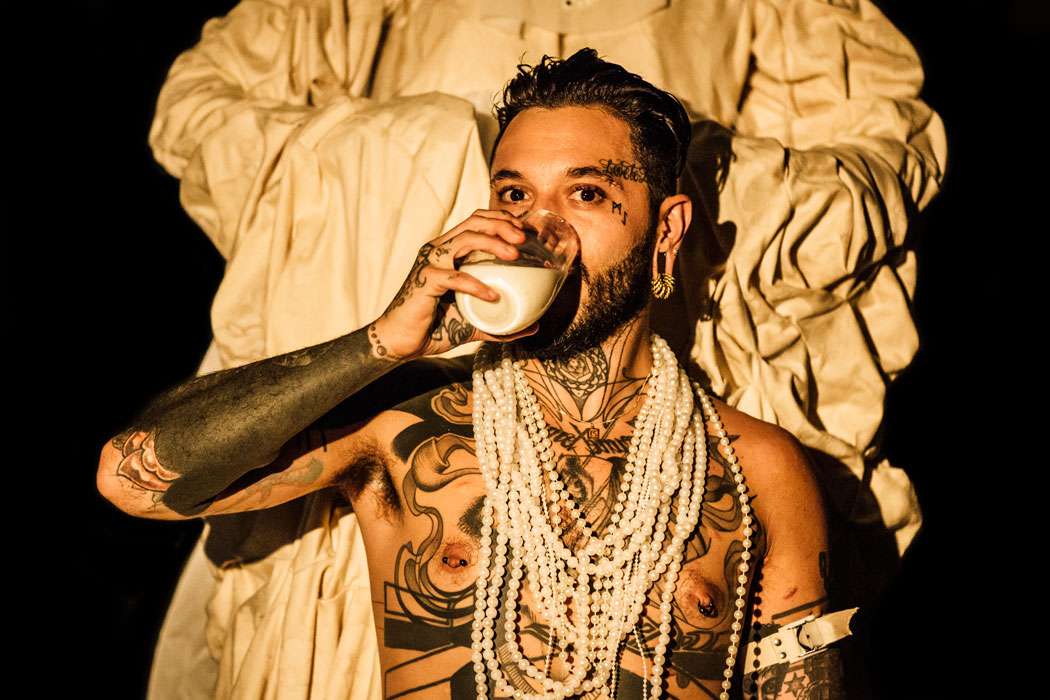 Berlin! Save the date for the book and film launch of Jon John´s THE 2 OF US! On Thursday 28. April 2016 at 8pm with DJ Julius Petit for the beats. Screenings continue the 29th and 30th 1pm-7pm @Rise Berlin. Jon John – co-founder of the famous AKA Berlin tattoo studio says about his book: “This performance has appeared in so many shapes, taken me to so many places in the world, and helped me to collaborate with so many artists. Many of these inspirational co-creators are now dear friends. More than just a performance piece, this work has been an intense process of self-discovery.  I want to share my personal journey with The Book and The Film : The 2 of us” FACEBOOK EVENT

I believe that the action of love remains one of the few accessible ecstatic ritual in our disposable society.
This ritual is communal alchemy, I don t perform for audiences but rather engaged witnesses that become co-creators, my lovers. Through altered state of conciousness I transcend my spoken vocabulary, to share my hidden secrets of love, life and loss. Flesh, skin and blood are my palette to takes you on a journey from tenderness to brutality via beauty and decay.
This is The 2 of us