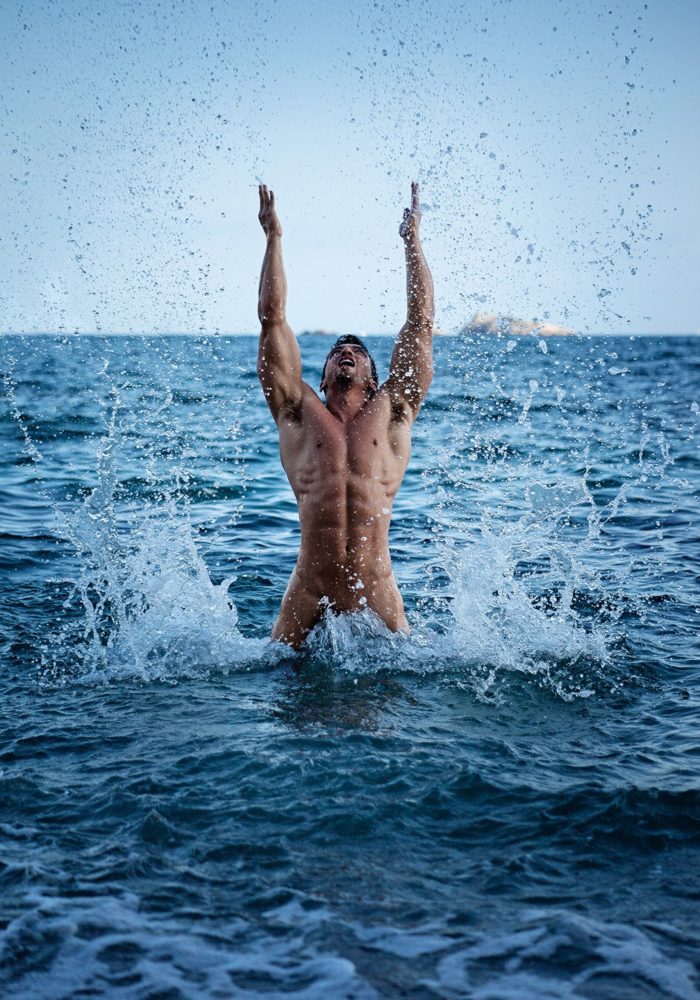 Through the crowdfunding platform Kickstarter, Dylan Rosser’s fans brought Naked Ibiza to life. It is his biggest book yet. Rosser started work on Naked Ibiza four exciting years ago. After visiting Ibiza regularly since 2000, he decided to leave London for it, with the intention of photographing models outdoors in nature, something that was new to him after primarily indoor studio work. “I wanted to work with more models in different locations at different times of the year to provide a more vivid picture of this Mediterranean island paradise,” he puts it. The book is published at Bruno Gmünder.

“I am very proud of the mix of models who have been part of this project,” Rosser says. “Some are experienced guys with huge fan bases while others are brand new, but definitely on their way to big success. You will see muscled professional body builders and lean athletic guys. Not every image is a nude, as there are some beautiful portraits of which I am proud.”

Originally from South Africa, Dylan Rosser started his career in the graphic design field, working on various lifestyle magazines in Cape Town. Starting out as a Junior Designer, he worked his way up to Art Director before moving to London in 1998. It was this move that brought about his change in direction, although his graphic design background still shows through in his work today.

His work, featuring models from the UK as well as abroad, focuses on the sculptural beauty of the male form. Working with light and shadow, his style brings out the athleticism and sensuality of his subjects.