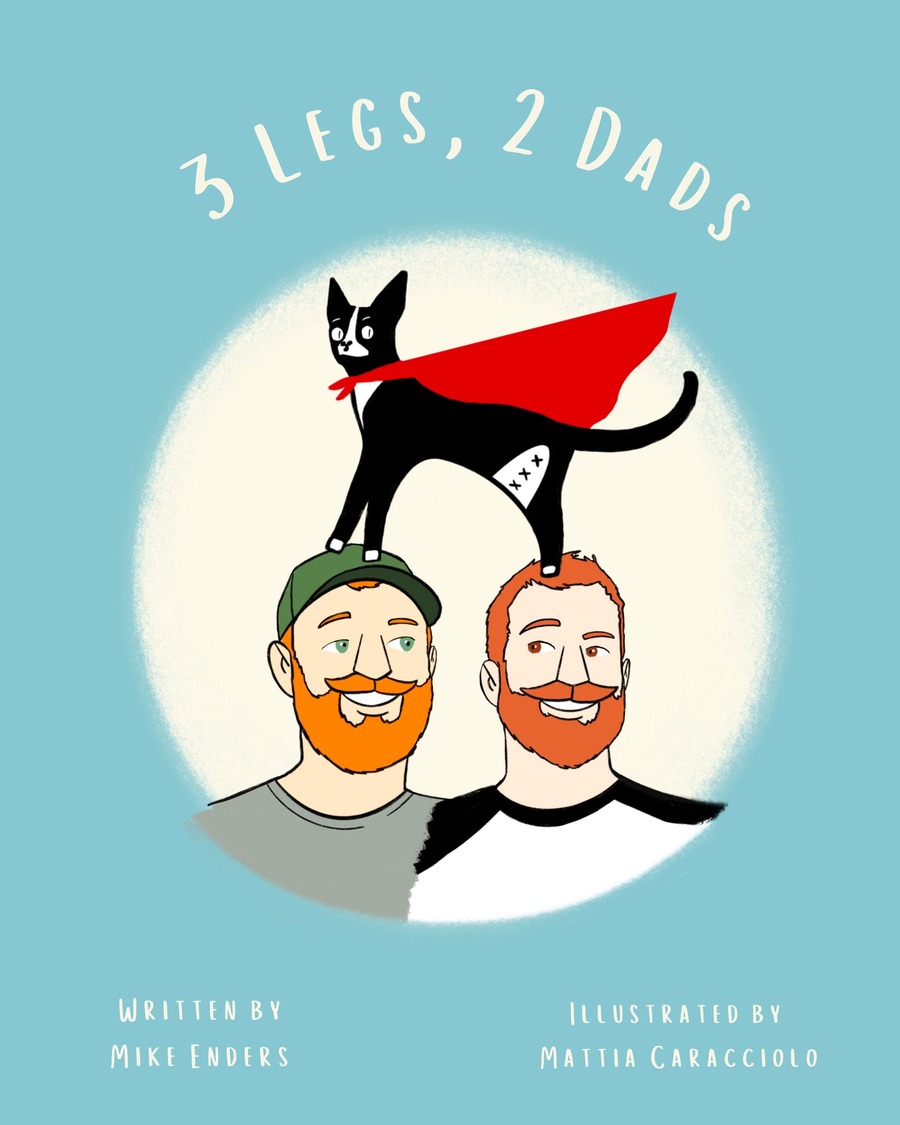 The new children’s book “3 Legs, 2 Dads” is about growing up being “different” and learning how to thrive with the help of love and support. The story follows the family of a three-legged kitten named Zorro who is adopted by two dads and brought home to find out that he has two older brothers.

Zorro is fearful that he won’t be accepted by his new brothers because he is different with only three legs and his brother having four. The heartwarming story evolves with many talking points, for children and adults, from loving who you are, introducing an LGBT family, and overcoming obstacles in a supportive environment. Zorro discovers that being “Different is Pawsome”.

Despite a rocky start in life, a tiny injured kitten living alone in the park, finds love, confidence and family. He overcomes obstacles and thrives in a loving and supportive family. Different is Pawsome!

Zorro’s rescue story has pulled the heartstrings of more than 7 million people after it appeared on the American media brand focused on telling animals’ stories, The Dodo’s Series Soulmates. Since then he has become quite the adored character through his own Social Media accounts. Zorro considers himself to be an ‘advo-cat’ and always rooting for the ‘underdog.’

“3 Legs, 2 Dads” is now available for purchase on Amazon
Barnes and Noble