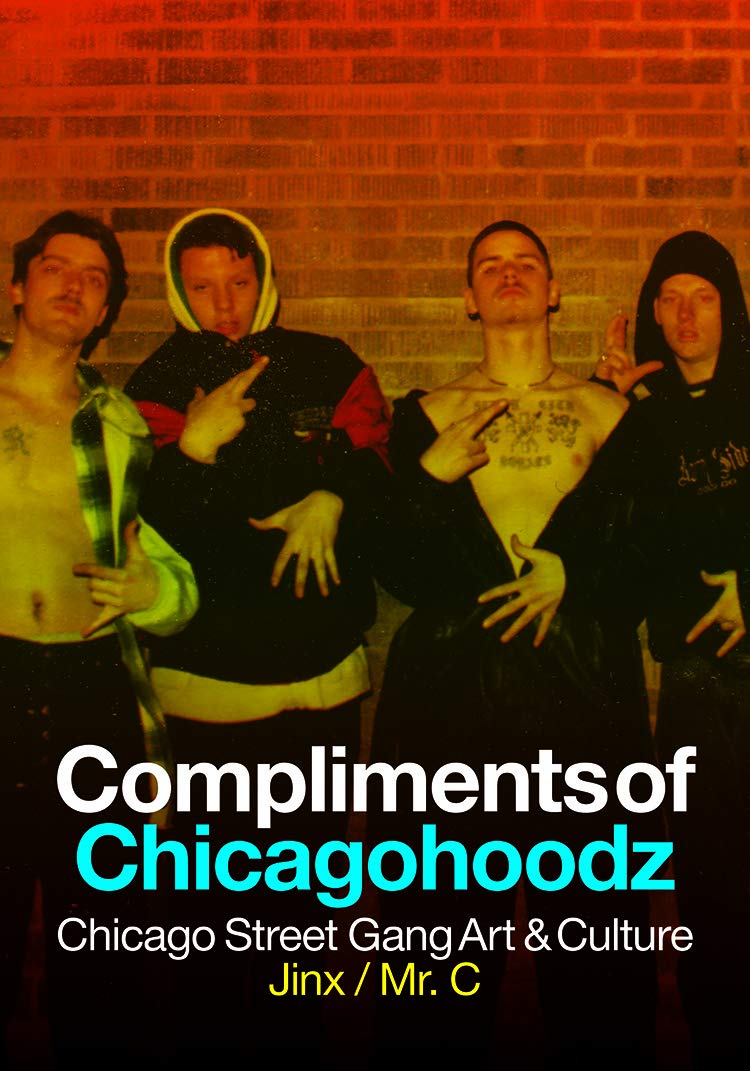 Based on the original Chicago gang research website, Compliments of Chicagohoodz analyzes the unique visual language and graphics of the city’s street gangs, drawing upon decades of research, interviews, documentation and collecting of memorabilia, and featuring commentary from gang members (including artists Robert N. Taylor and Jack Walls). Do not miss the launch event with Anthony Haden-Guest at Powerhouse Arena in Brooklyn on October 14th. Get the new book HERE! 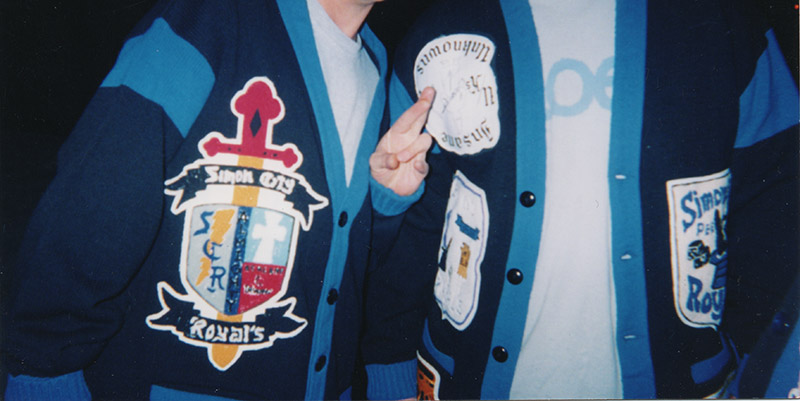 The now bygone practice of creating and distributing gang business (“compliment”) cards was popular in Chicago for over 50 years. These displayed the organization and branch; its active and fallen members; and rivalries. This collection deciphers their hieroglyphics (ranging from early stock images to elaborate hand-drawn designs), touches upon the gang’s history, their neighborhoods, and era in which the card was made. It tells the stories behind the names, bringing the reader closer to the individuals who created, owned and added their personal touches to the card as it passed from hand to hand. 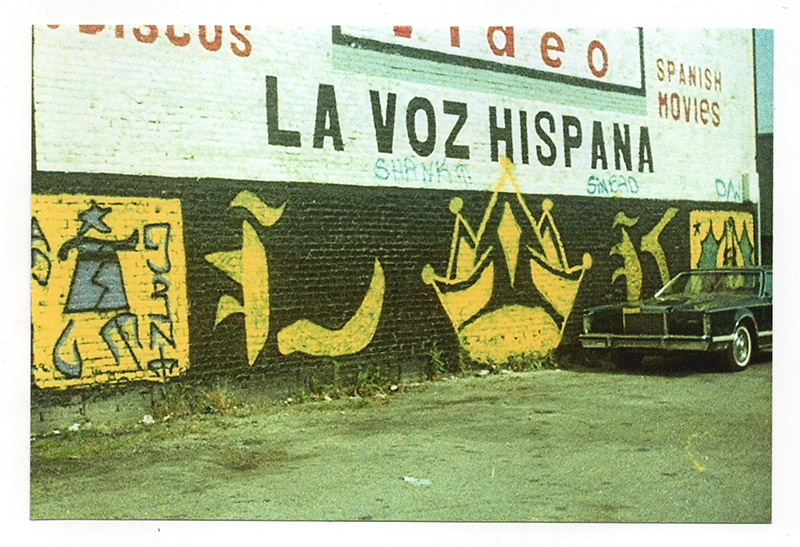 Through these images, Chicagohoodz traces the development and consolidation of the neighborhood street organization: from doo wop to hip hop, from greasers to gangster rap; from dances, bands and softball teams, to racketeering, narcotics trafficking and domestic terror. This story of ethnic warfare, multi-racial coalitions and shifting alliances has been ignored by many who wish the culture didn’t exist, but is a history of the city nonetheless. 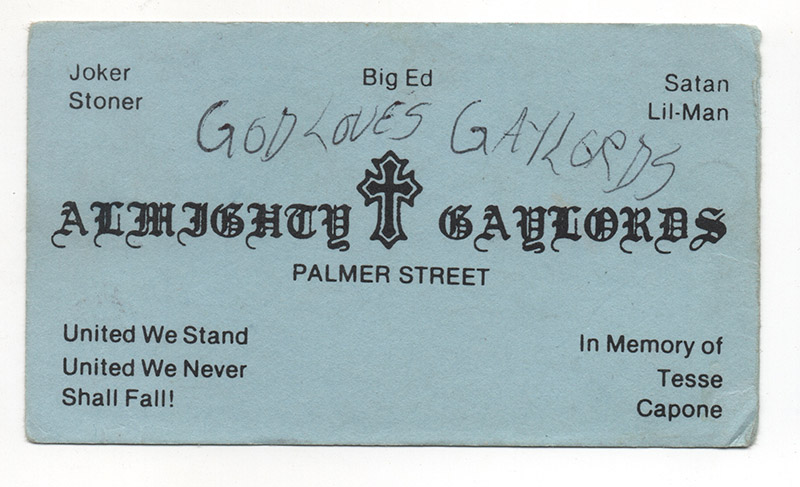