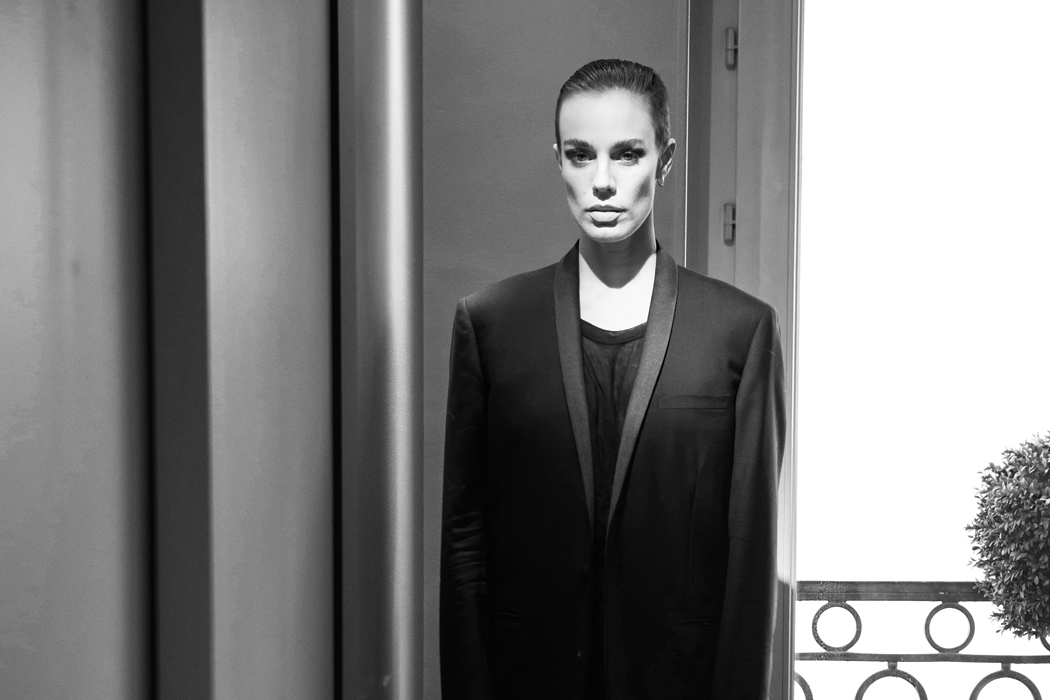 A KALTBLUT exclusive fashion editorial. Boswell Hardwick captured famous female-male model Elliot Sailors @City Models Paris for KALTBLUT. Elliot made her first career in the world of womenswear modelling. From couture catwalks to Ellen von Unwerth shoots. But after cutting her hair short and stripping back everything she had learned about being a female model, she’s starting her second career as a menswear model and she is very successful like that. Wardrobe styling by Robert Lussier – creative director of Christian Dior. Makeup by Karin Westerlund. Elliot is wearing Christian Dior and Rick Owens.