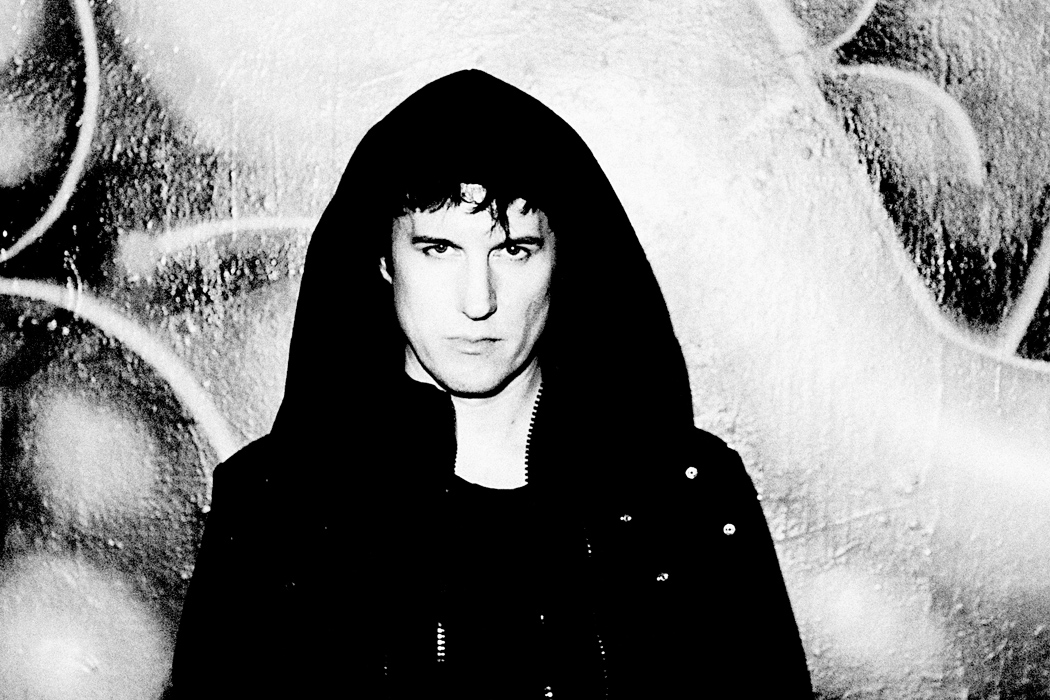 Breaking the ice with Alec Empire – An Interview

From punk to pure ambient, we talk to Alec Empire who is celebrating 20 years of music experimentations with his re-edition of his cult and first solo album, Low On Ice – The Iceland Sessions. Alec Empire is an iconic music producer from Berlin and a true visionary. Acclaimed as the founder of the Digital Hardcore movement with the activist electronic punk band Atari Teenage Riot that he formed in 1992 with Hanin Elias, Carl Crack and Nic Endo, his international exposure breakthrough came with the signature of the band on the label of the Beastie Boys, Grand Royal. 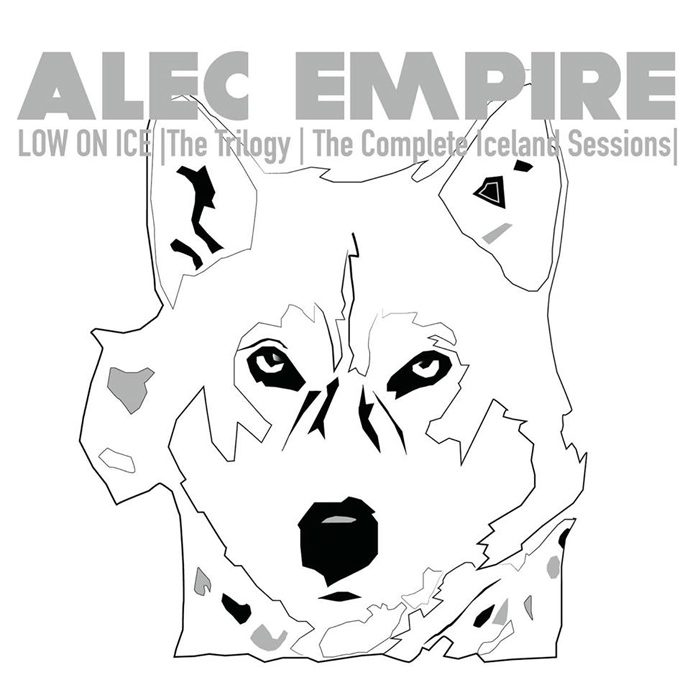 Alec Empire is a prolific artist whose contribution to the electronic music field has been acknowledged from the underground to the international scene. He created the label Digital Hardcore Recordings, an influential platform for high speed bmp and intensive electronic industrial productions that harbour artists such as Patric Catani and Gina D’Orio. Known for his political statements and provocations against the mass media cultural politics, Alec Empire stands as a model of integrity and independency.

“LOW ON ICE The Icelandic Sessions” (Geist Records), Alec Empire plunged the CTM Festival into a blue overdub mood while unveiling his remodelled tapes recordings in the foggy Berghain. 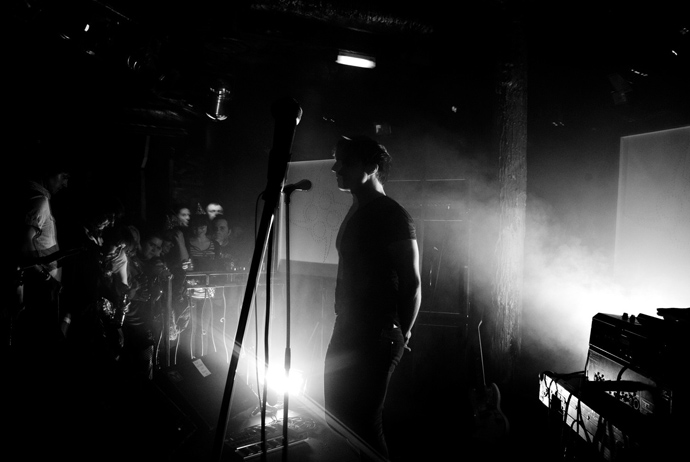 Low On Ice was recorded in 1994 with the minimal equipment in the most extreme weather conditions in Iceland. This statement of pure exhaustion is a progressive atmospheric masterpiece that literally keeps being relevant in our current overflowing music industry. Opening the Pandora’s box whilst digging into his own archives, Alec Empire tells us more about this post modern rework album and his creation process.

KALTBLUT: How did you feel when you found the whole original tapes of Low On Ice?

Alec Empire: I was going through my archive because of something else, and I saw the old analogue tapes, labelled “Iceland 1995” and I remembered that there was so much more music I had recorded back then. When I put up the tapes on the old, still intact, tape machine, the music came alive again. It was a strange feeling because these days we are used to archives being digital, but to see the tape reels spin, the original sound coming out of the speakers was a bit like traveling back in time. It’s important to understand that analogue tape has a much higher resolution in terms of sound quality than anything digital we have today. Over the years I got used to the sound of the album we released back then, which was less than a third of the recording session. The technology to transfer from analogue to digital wasn’t as good as it is today, so it seemed like an interesting idea to put this out properly. Not to just re-release a cult record, but to make this available for the first time ever.

KALTBLUT: What happened to it this material since 1995?

Alec Empire: It was in my archive. Nothing happened. At the time I didn’t really know anyone would care that much. We sold much more records with Atari Teenage Riot and even my hardcore solo stuff. But Low On Ice slowly travelled from listener to listener and found its fanbase. It is music that is difficult to place in a genre. There are fans from IDM for example, the Warp type people who like a bit of stranger electronic music maybe, but Low On Ice doesn’t fit there because the music works in a different way. It has more in common with Cluster and Neu and the early Krautrock pioneers, but then again it’s not even an extension of that sound. It seems to connect different people from different music genres. 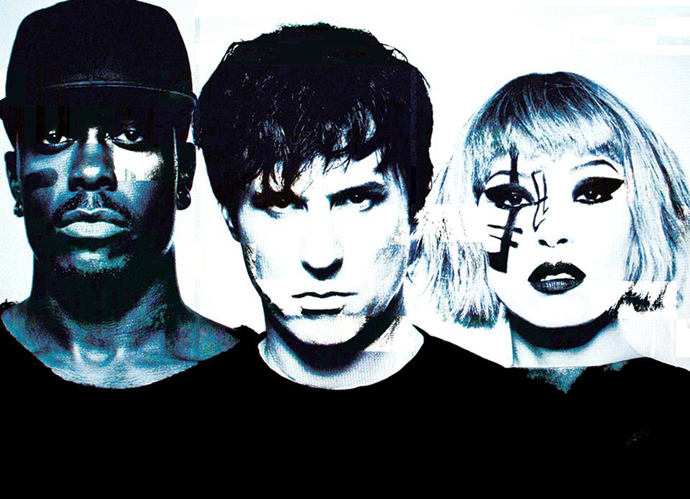 KALTBLUT: Is this remodeling lead by a 90s nostalgia?

Alec Empire: I don’t see it this way, because Low On Ice can’t be placed in the 90s, because it never was part of a trend back then. It stood isolated on its own. When you listen to let’s say the new released old tracks of Aphex Twin, it is obvious that it’s a 90s sound. The 90s electronica sound doesn’t end in 2000, it fades away towards 2004, 2005. Low On Ice was always too different to fit. I don’t mean that in a positive or negative way. There are these records which become difficult to place in time. The albums of the band Silver Apples are a good example for that. Or The Monks or Faust. And they have their own dynamic, the artist can’t really control that. It has a lot to do with the influence an album or a music piece can have on other artists which then define an era. Low On Ice has influenced many musicians, but never spawned its own genre or scene.

KALTBLUT: Who is fair to the 90’s rebellion nowadays in the music scene?

Alec Empire: I am not sure I understand the question. It was just a fairly small group of artists in the 90s who were rebelling against mainstream culture. And it didn’t happen all at the same time. In the US we had Grunge and its daughter Riot Grrl, in Europe we had Techno, which was of course a much more relevant step for music when we look back now. What happened in Europe in the first half of the 90s was the blueprint for American EDM today, those events are the biggest events on the planet, while 70s inspired Rock seems to fade out. Which I find sad because I am a bigger Rock fan than EDM fan. But apart from that the 90s were the most commercial decade in music history so far. The music industry and the music scenes are shrinking so much right now, just to be a real dedicated music fan is an act of rebellion. Rebellion against the politics of Google for example who constantly attack creativity by stripping back artists’ rights.

KALTBLUT:  Referring to Iceland, you did some remixes for Björk, did you listen to her new album?

Alec Empire: I wasn’t able to check it out yet. But of course I will. It doesn’t even matter what I personally think because it is great that critics and music fans seem to love it. Björk is an important role model for female artists.

KALTBLUT: What was your first impression on the Icelandic music scene?

Alec Empire: My impression was that people had their own way of understanding music. In Europe Christian music is a huge influence on everything. Iceland doesn’t have the same traditions, this means people listen to music with very different ears. I find this exciting.

KALTBLUT: You have done some of the most extreme electronic music in terms of bpm and sound volume, coming back to the atmosphere of Low On Ice with a more ambient sound field, what drove you to change your own music?

Alec Empire: I have done tons of atmospheric and ambient type of music since Low On Ice, it just never gets the attention from the music critics, I am generalising here a bit now, but like Low On Ice back then, introverted music has difficulties to be seen in the internet age. We live in a time where the loudest clown gets the most attention. This is the dilemma we can even face with Atari Teenage Riot, because we address very serious topics like modern surveillance, activism and so on, if you are not familiar with our context or history, you might not get it. 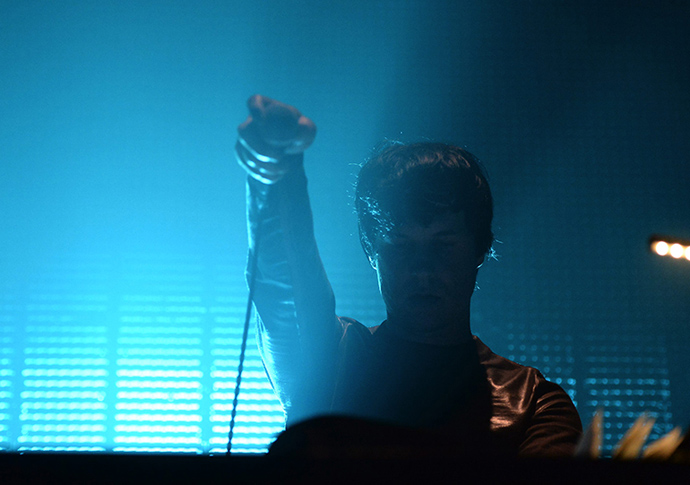 KALTBLUT: Low on Ice – The Iceland Sessions has a late 60s flair of Musique Concrete, is it a psychedelic experience?

Alec Empire: I don’t know about the 60s, but Psychedelic is a genre that I always loved because the musicians experimented with sound a lot. But early 70s Jamaican Dub is more important for Low On Ice.

KALTBLUT: The visuals will take a great part of the performance, is it a way to extract or distance yourself?

Alec Empire: Zan Lyons is a really awesome visual artist. Because his work is so strong and works so well with the music of Low On Ice, it is a great way to make people focus on the music, rather than staring at me. I want that people merge with the sound and take the journey, rather than watching a musician playing the music on stage.

KALTBLUT: Did the contemporary sound engineering or tools open a new perspective on your original recordings? Or did you re-work your sound respecting some sound limitation?

Alec Empire: It was just possible to capture a much better, higher quality digital version of the analogue tapes. It wasn’t remixed, only remastered. But in this case remastered means much more than what you usually find in record stores when labels re-release an older album.

KALTBLUT: How many keyboards do you own?

Alec Empire: I don’t know… I would need to check. Some are with friends, some are in different places, studios. Low On Ice was done on very limited equipment. I don’t like when musicians present their power with showing off gear. They only do it to humiliate other musicians or to impress the fans. And they want to divert from the fact that you can compose the most amazing piece of music with just a piano or an acoustic guitar. Many artists in the electronic music scene don’t develop the actual music, they just repeat the same method with different gear which changes the sound, but not the musical structure itself. 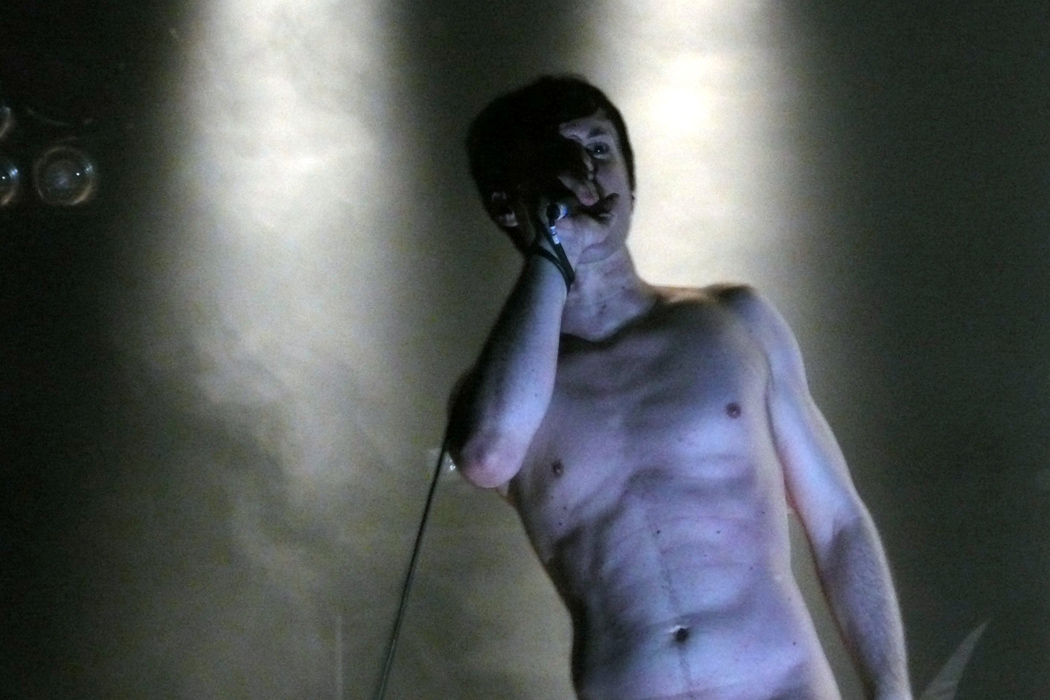 KALTBLUT: What is most important than the gear?

Alec Empire: I think the most important point about making music is that you as the artist want to communicate something that is real to the world. Real doesn’t mean forcing yourself to be authentic, I mean that you have an honest motivation to express yourself. Only this has value.This is also the only thing that matters to me as a music fan, not the amount of Instagram followers, not Soundcloud plays. The only currency that matters is the music itself. 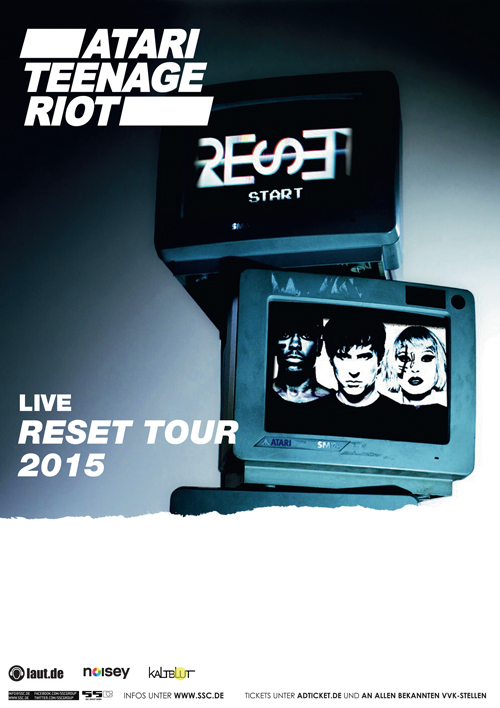 Alec Empire will be setting some extra fire on the ice with a new Atari Teenage Riot Album  « Reset » out this February 6th in Germany on Digital Hardocre Recordings and available for the rest of the world from February 9th.