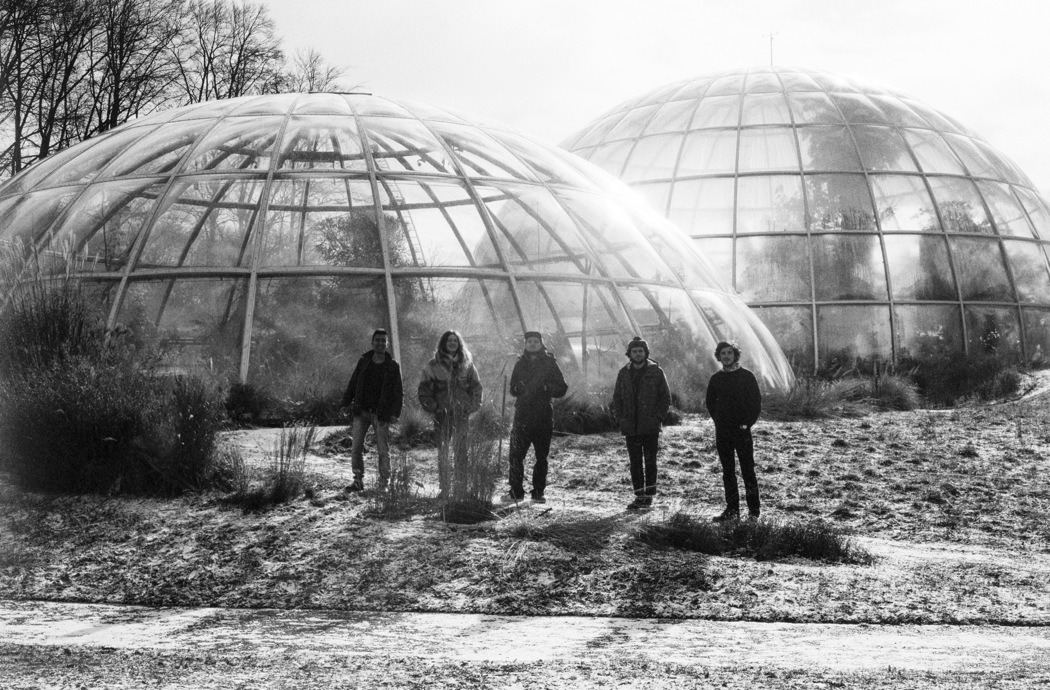 Bumblebees might have found a way out. The Zurich-based five-piece create with a focus in seeking out new experimental sonic textures. The space-obsessed artists draw their influences both from ‘60s-’70s music and the contemporary, creating an awe-inspiring bridge between what we all romanticize from the past and what we have now. The band just dropped their debut album Dancing Dots In The Dark out via Radicalis.

“Dream Forever” is their latest single and a luminous neo-psychedelic offering. We spoke with Nicolò Tama’ from the band, hoping they’d give us further advice on how to leave this dimension.

KALTBLUT: What’s the story behind the origin of the band? How did you all find each other?

Tama’: We started the project back in 2015 being all students in Zurich. However, 4 of us are friends for a long time (well, two of us are brothers) and already played together when we lived in Lugano. This was during the years of high school, a period essential as a source of many early musical experiences. The strong bond we created back then and when we found ourselves in Zurich for our studies is still the main reason behind the existence of this project. The love we share for music experimentations and dreamy vibes is then what guides us as musicians.

KALTBLUT: How closely connected do you feel with Zurich?

Tama’: As young musicians moving in Zurich from a small place as Lugano, it was great discovering how interesting life in such a city could be. We really love having the chance to see some incredible bands playing live concerts every week. The inspiration to start the project was in part given by the talented musicians we saw on stage here. Living in a small country as Switzerland you can travel around in just a few hours, but however, it feels really like Zurich is the core of it with the many different things happening all the time. The local artists we had the pleasure to meet and know there are also one of the aspects interesting of living in such a context.

KALTBLUT: Which specific influences do you draw from the ‘60s-’70s?

Tama’: Well, we all grew up listening to the classics of the ’60s and ’70s, bands such as Beatles, Pink Floyd and the Velvet Underground. Later we discovered more contemporary artists and we found very interesting how referenced they were with past ideas, ideas coming up again and again in music. We take something from the songwriting, from the research of analogue sound and texture and maybe some of the spirits of the period. However, we really appreciate being a band in these years, which means having the chance to use modern production techniques and having such a great back catalogue to explore and to interpret in our own personal way. Some of these aspects will be displayed in our new album Dancing Dots In The Dark. 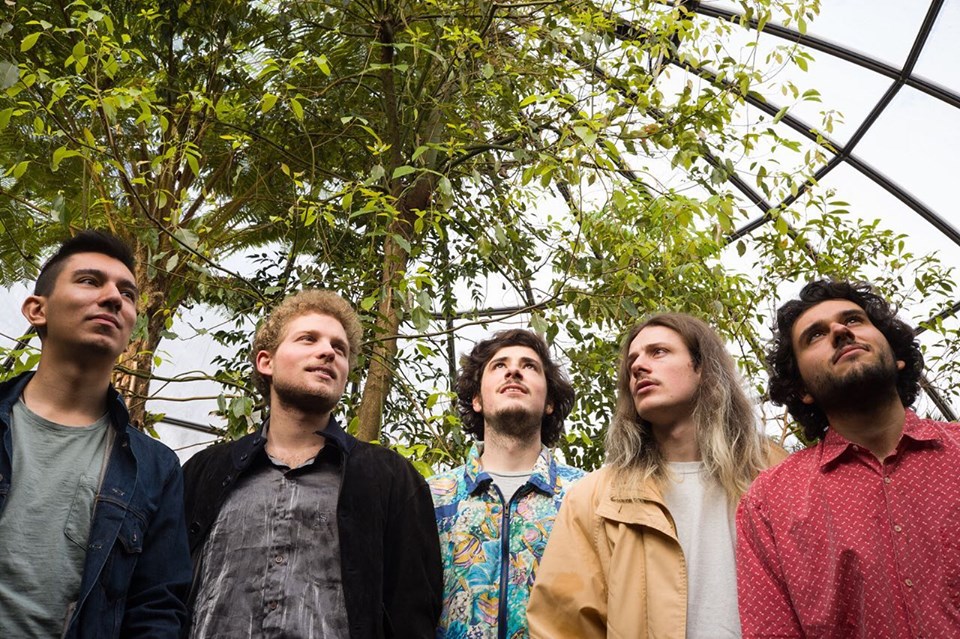 KALTBLUT: Can you dive deeper into your collective research of analogue sound and texture?

Tama’: Well, first of all, we love the unpredictability of the analogue sound. It is great how playing with it can bring really original and unexpected results. To that, we add our love for the textures you can create combining the right tools, both on stage and in the studio. The collective sound we reach all together is really central in our artistic approach. For this album, we used analogue synths (Juno 106, Sequential Prophet 6), many beautiful effect pedals (reverb, delay, fuzz, etc.) and some nice studio gear as old Farfisa boxes, a Montarbo tape delay and much more!

KALTBLUT: Tell me about the narrative behind “Dream Forever”.

Tama’: When we first started playing around with this song, we were looking for sonorities that would bring us the closest to a dream without sleeping. Consequently, we composed the lyrics following the same idea. The song is situated in – and talks about – this sort of grey-zone between being awake and being asleep, between reality and mysterious fantasy. It’s somewhat of an invitation to try to look at everything differently for once, even for the duration of the song only. Just like objects in the real world do, we felt that objects in our minds also often look very different when looked at under another light, and we wanted to capture this feeling by looking at the world from the antechamber of a dream. It’s an attempt to change the point of view, not to take things for unchangeable the way they look at first glance.

KALTBLUT: I love that! What are your favourite ideas and views of the world that you prefer in a dream-like state?

Tama’: We just like to change the point of view once in a while, step aside and look at ourselves from a third-person perspective. We think it is, on one hand, great because we can float in our sound and forget all the small quotidian worries and troubles that might occupy our minds, on the other hand, it’s very useful because we get to know each other and ourselves better. It’s not even about particular ideas o a particular point of view, it’s more the opposite indeed, an attempt to escape the matrix of self-righteousness.

KALTBLUT: Aside from the new album release, what’s next for Bumblebees?

Tama’: We are currently starting to play a few concerts to bring our new album around Switzerland. We played last week our first two release shows (Zürich and Lugano) and one more will come next week in Lausanne. After that, we’re going to play a few more concerts and festivals in June and July. At the moment, we don’t have any concert outside Switzerland, but we would really love to organise a European tour and play in Berlin one day!

Regarding the video clips in conjunction with the new album, this summer we will work with the Swiss director Pauline Jeanboroquin (already behind the video for “Dream Forever”) for a clip of the song “Ink And Red Wine”. Pauline is a very talented young director (see for example her short film Crépuscule) and we are very excited about this collaboration! It’s gonna be an aquatic and nocturnal trip, where between colours and lights the character is searching for herself and is escaping her own reality. We’re really looking forward to it! 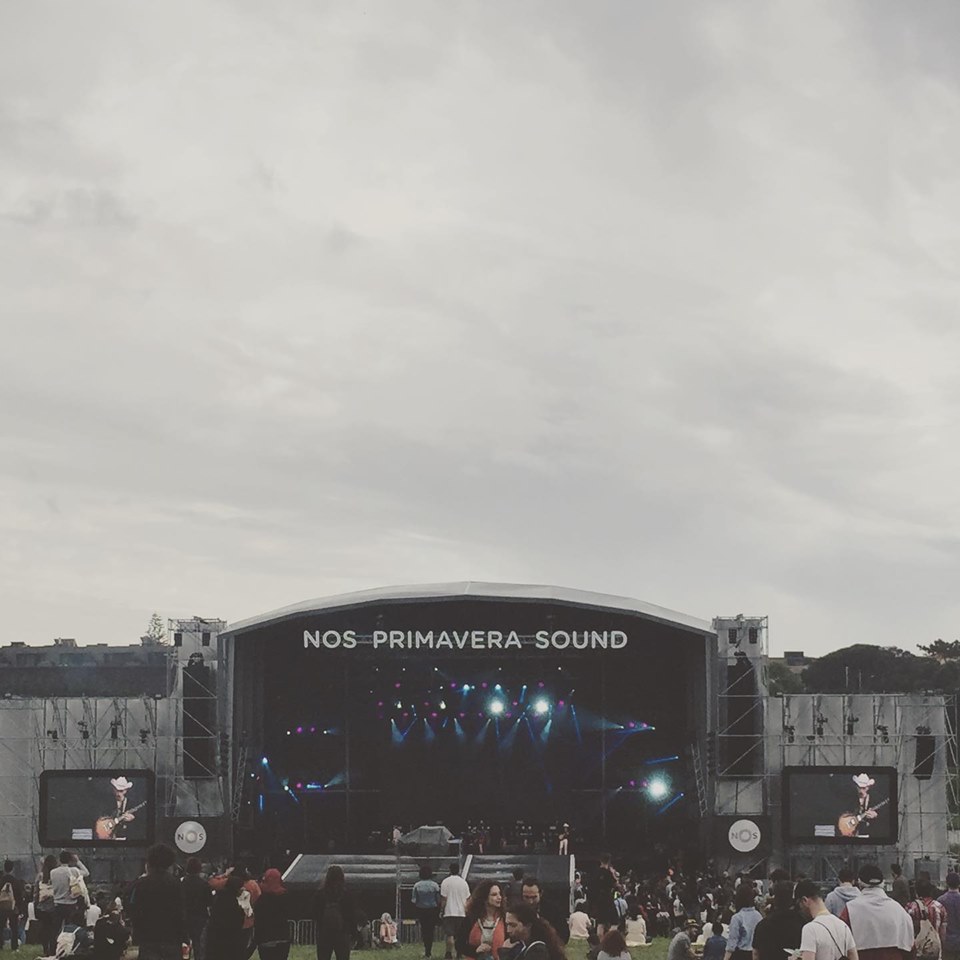