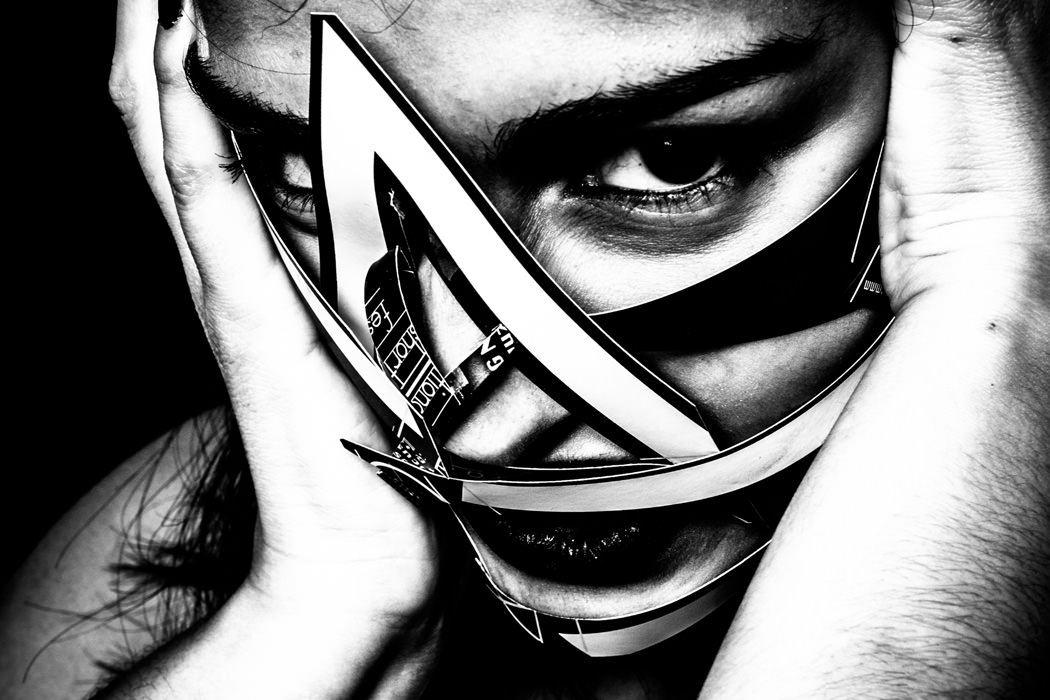 Citpelo is a pure product of Berlin. Born in a squat and raised on a diet of punk ethics, the young artist operates in the fields of sculpture, graffiti and photography, often recycling found materials into poignant pieces that would make just as much an impression on a runway as they would in a gallery. We hook up with the self-described “mixed martial artist” to discuss his work.

Kaltblut: Hi Citpelo, thanks for speaking to us – could you start off by introducing yourself?

Citpelo: I am a multidisciplinary artist, born in a squat located in Schöneberg on the Erolenstrasse in former West Berlin. When I was born, my 2 very politically active parents decided that it might be a good idea to create a poster using the blood from my birth saying ‘An anarchist is born’, which I still have today. I guess it is what I refer back to each time, and it also helps me gain a sense of my true identity. I am a lot less politically active than my parents were, but I would rather say that I simply chose a different medium to fight the system!

Kaltblut: You taking on a career in arts stems from an injury you had as a child. You originally wanted to be a diver. Do you feel that there is a parallel between both worlds?

Citpelo: Yes, I always had a close obsession with corals! I guess my installations and sculpture could be seen as corals in this concrete jungle that Berlin is. My artwork is my universe where I basically live the imaginary adventures I failed to experience as a diver.

Kaltblut: You define your style as Mixed Martial Art. Do you see your work as confrontational?

Citpelo: No, I would not necessarily consider my work confrontational, but I can understand how one may think that. To me, life in general is a battle even in its most simple tasks. I guess that my work is also part of this general battle we call life.

Kaltblut: You often use paper and found cardboard in your pieces. What brought you to working primarily with these materials in the first place? You seem to use a lot of flyers and posters, both of which you find in abundance in Berlin. Is this a way of implicitly paying homage to your city?

Citpelo: I am a poor, but free person. And I am very proud of this lifestyle I chose, but of course there are limitations to this… Since I work with cheap and recycled materials, I feel like I have a lot more pressure to sell my work due to this mentality that because the materials are cheap, the work and creativity put into it has less value, which is obviously something I am trying to dispute. But regardless if whether people buy my work or not, I still have the enjoyment of producing it in the first place to walk away with. I do love my city but I wouldn’t go as far as calling my choice of medium an homage to the city, because it is a medium that exists everywhere in the world. Propaganda, promotion, aggressive publicity is international.

Kaltblut: The collection of masks which you work on is particularly interesting. They seem to draw quite a bit from the S&M aesthetic… The way they interact with shadows in your pictures adds a strange sort of extension of the third dimension….

Citpelo: The idea of the masks started from the simple idea of bringing my sculptures a little bit closer with people. A way of making my work a little bit more interactive. The idea of using the masks was developed even further after an experience I had with a model who actually turned out to be a prostitute. I have so much respect for these women, who accept to share something so intimate and personal to strangers in order to make a living. She wore the mask for a shoot, but during the process I was unsure if this was in order to subtly hide her identity, or to express her experiences as a sex worker as slightly masochistic, private, shameful, empowering. The mask is a beautiful item that can be interpreted in so many different ways. I create the masks by my own, but ultimately it is the model who tells a story of what the wearing of that mask represents for her.

Kaltblut: There is a social aspect to your work. You are involved in the project “Aus Grau Wird Bunt” where public electricity boxes are covered with street-art. How important is this idea of re-appropriation of the public space to you?

Citpelo: Do you mean the project we did in Kreuzberg? Yeah that was a great day! When you are born and raised in the inner cities, I think you particularly understand the importance of community projects, especially in places like Kreuzberg. This was vital for us for a number of reasons. Berlin is a highly acclaimed city for many tourists, young entrepreneurs and creatives but sometimes we get the impression that people forget that there are children born and raised here who don’t necessarily get to experience or enjoy the fast paced developments of the city whether it’s due to finance, age, opportunities, race discrimination… We offered kids blank stickers and markers and simply let them express themselves under a laid back atmosphere with reggae music and refreshments during a sunny day. We later stuck all the decorated stickers on a power box on the Waldemarstr for everyone to see. The project was called ‘Make Grey Colorful’, which I don’t think really needs a further explanation. To us, the streets still remain the first and most important gallery.

Kaltblut: You also mentioned that you are working on a project for the homeless…

Citpelo: ‘Aus Eigener Kraft’, is the name of the project. It stems from our belief that homeless people, despite their situation, still have something vital they can contribute to our society. The idea is to sponsor local artists to create limited edition postcards of their work which we will issue to homeless people to sell on the trains. Basically an alternative to ‘motz’ newspaper which no one seems to really care about… Postcards are more personal, interactive, artistic and can be displayed at home for decoration when received unlike a newspaper that is simply disposed of once used. I think this could also be great for the tourists! How much more personal and closer to the city you’re visiting can you get than that? It’s a project that I believe benefits everyone and additionally allows art to be more visible and social.

Kaltblut: You recently opened your Hood Chiller gallery in Kreuzberg. What are your plans with this gallery? The space also doubles up as a shop for the streetwear collection you are currently working on if I’m correct?

Citpelo: Yes, it’s the CITPELO gallery and showroom. It is basically what we like to call the ‘Future Späti’. It’s small, it’s rugged, it’s compact and it has a variety of items you can buy including fresh coffee and cookies without forgetting of course three enthusiastic young talented men working there! The shop was opened by my childhood friend Jens, who is also a street photography; however, he opened the shop in order to sell clothing items from his brand ‘Hood Chiller Berlin’ which is doing very well at the moment. He was the one who invited me to add my gallery vibe in there. In the beginning, only my work was on display; but with time I decided to invite other local Berlin photographers who I simply had a good connection with. It’s all very laid back. I guess it’s a sort of revenge to the current Berlin Art scene which has become a little bit too pretentious for our liking.’

Kaltblut: What are your plans for the summer? Are there any upcoming exhibitions in the Hood Chiller we should be paying attention to?

Citpelo: From the 8th – 25th of August. We are grouping all of the photographers who have collaborated with us for our first big exhibition at the Hood Chiller gallery and Galerie Zeit Zone. They are street photographers specializing in black and white photography.

We are also happy to announce that the Berlin Tattoo convention invited me and Jens to display some work of ours there too, which we are really looking forward to. Last week we were at the Berlin Hemp Convention too, which was already a great experience and widened out network dramatically!

It is this whole idea of constantly meeting interesting people and discovering how you can help one another that I find particularly interesting in my life! This idea of building something new together based on different experiences but similar goals.