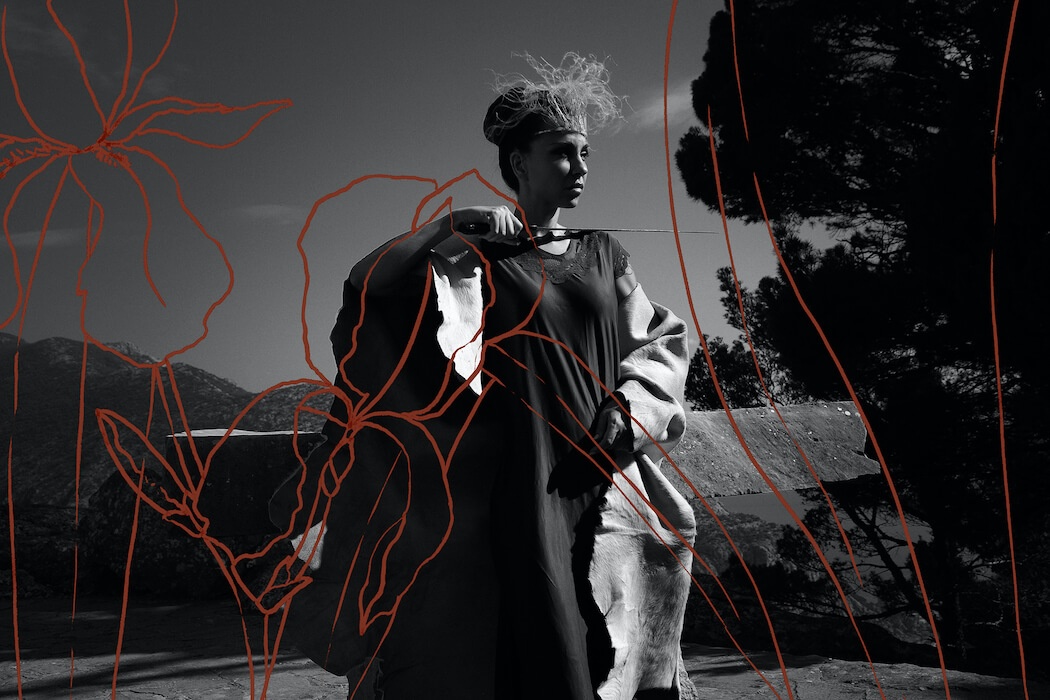 Creation of Perunika – A virtual exhibition

‘Creation of Perunika’ is a virtual exhibition of a mix between photography and illustration. An exhibition of that will invite you to immerse yourself somewhere between mythology, history, pagan beliefs and the present. creationofperunika.com 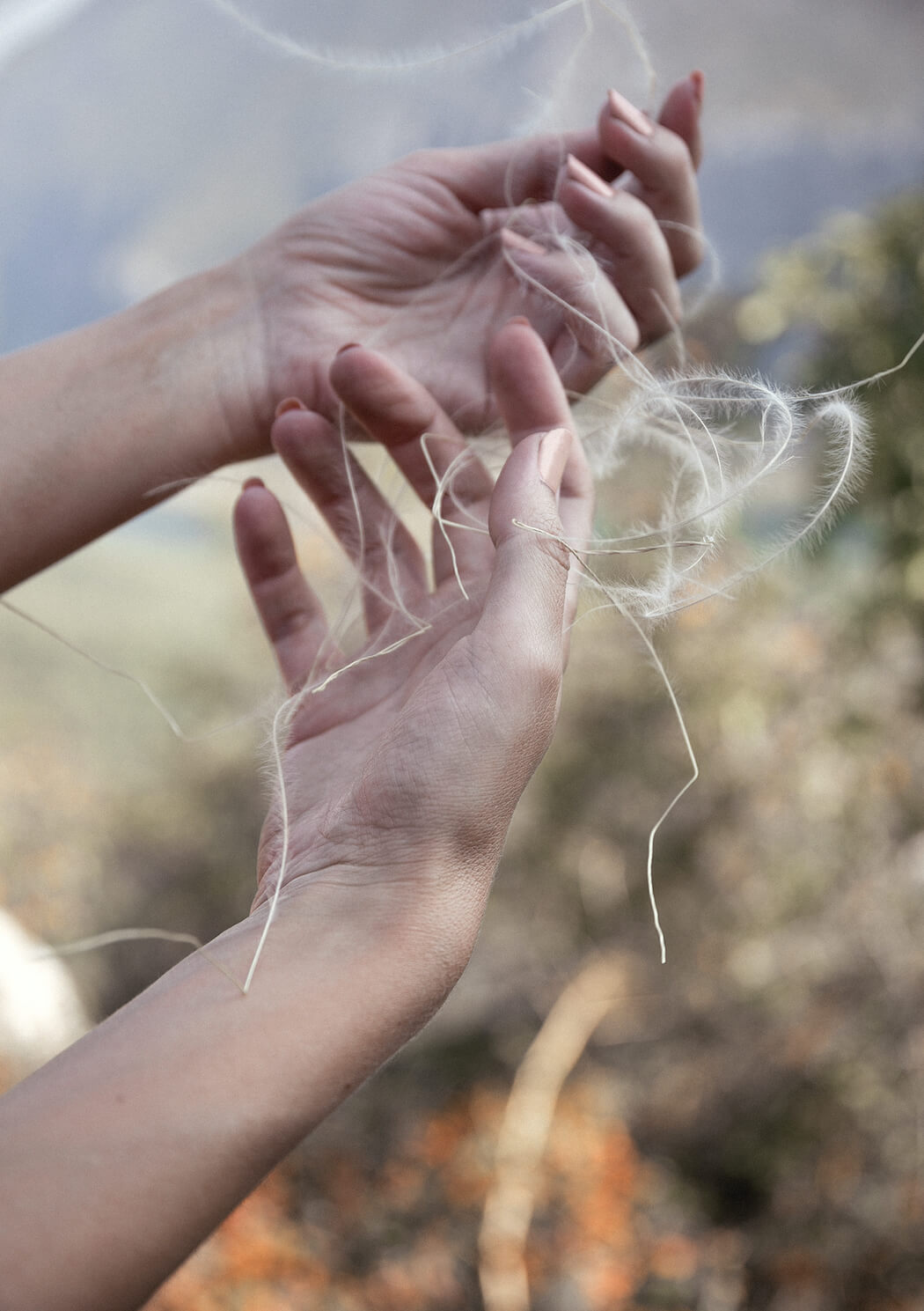 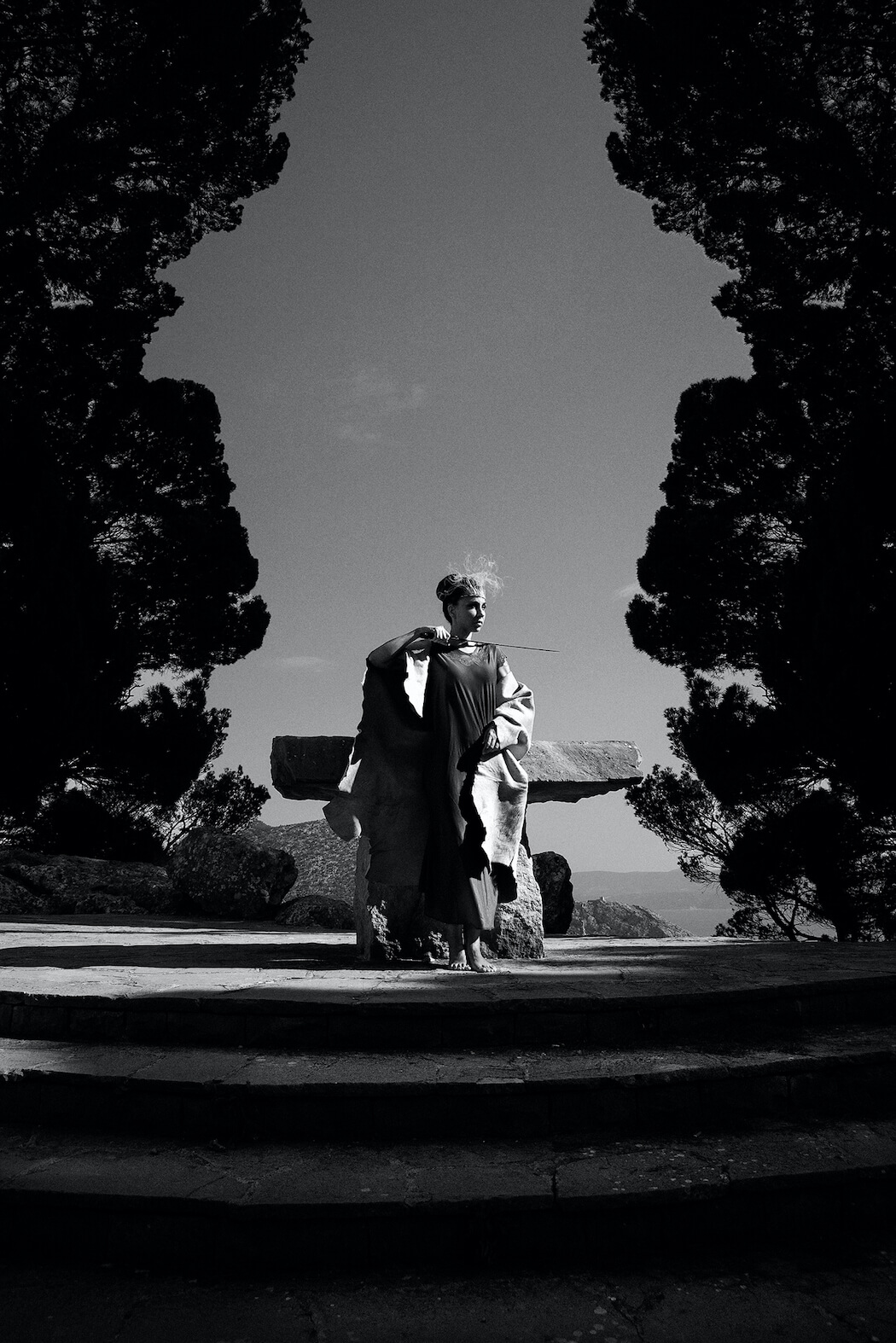 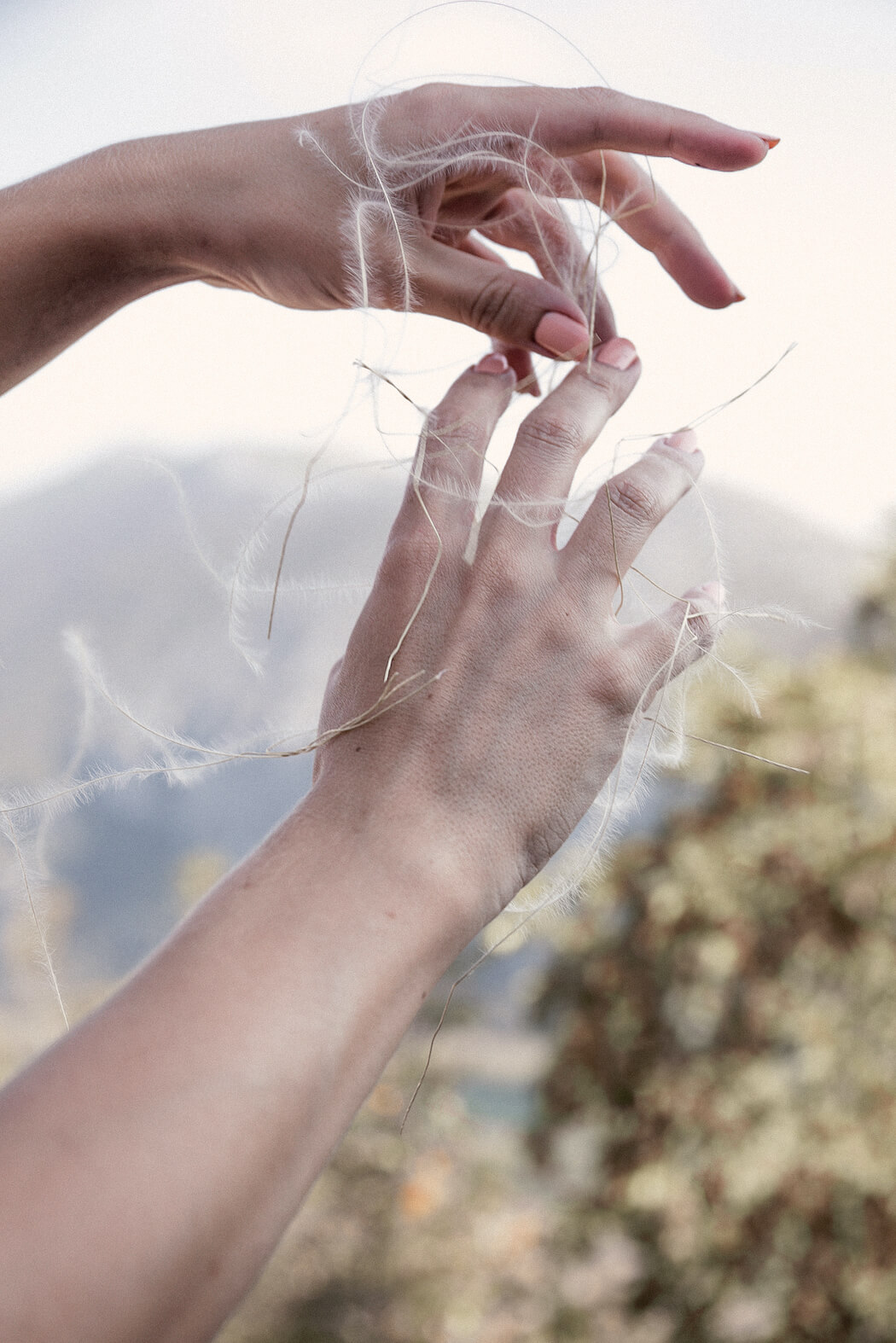 Popular opinion usually assigns certain features to certain groups of people with a certain worldview. For instance, women are fragile, men are strong and conservatives are patriotic. Spirituality is for the religious, folklore for the traditionalists, fashion for the shallow and uproar for the activists. In between those black and white labels, there is a colourful galaxy of grey. This is where Jure and I met each other. Different, but the same, because neither one of those black and white extremes managed to stop us from taking what belongs to everyone, no matter how hard they stuck their claws into it. A love (and pride) lived here once (and it will live, many times more). Bounded by sea, two rivers and mountains but in fact unbounded. It was here long before you and me and it will be here long after we are gone, indestructible while remembered and talked about, while ghosts of those who came before us inspire us… and live on, because they are larger than our lives but bound to them like strings of pearls. 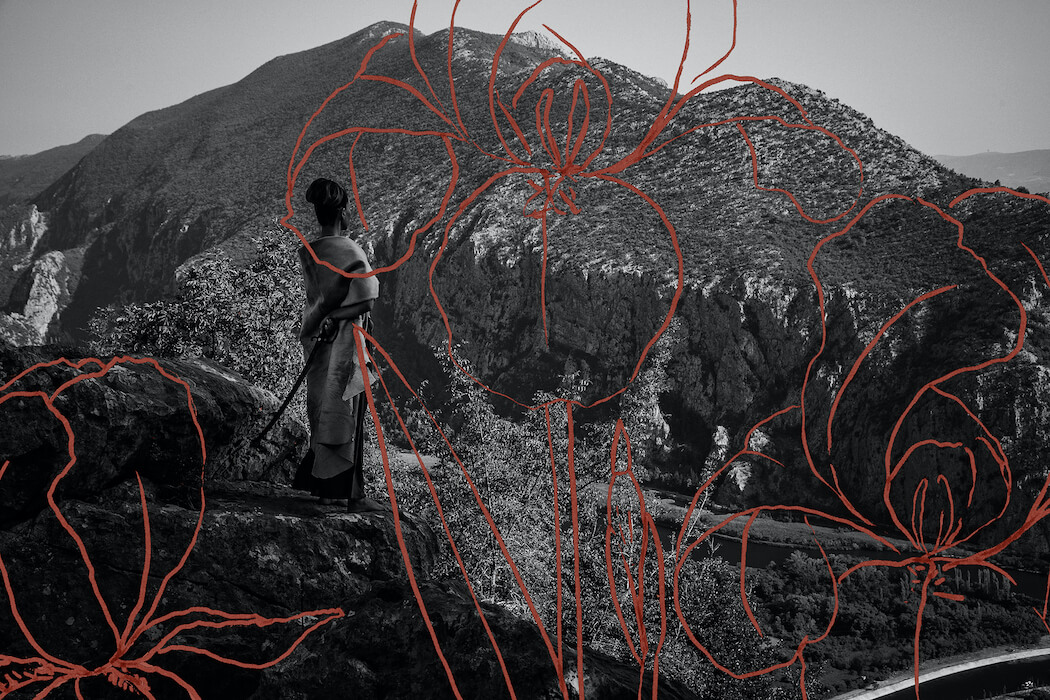 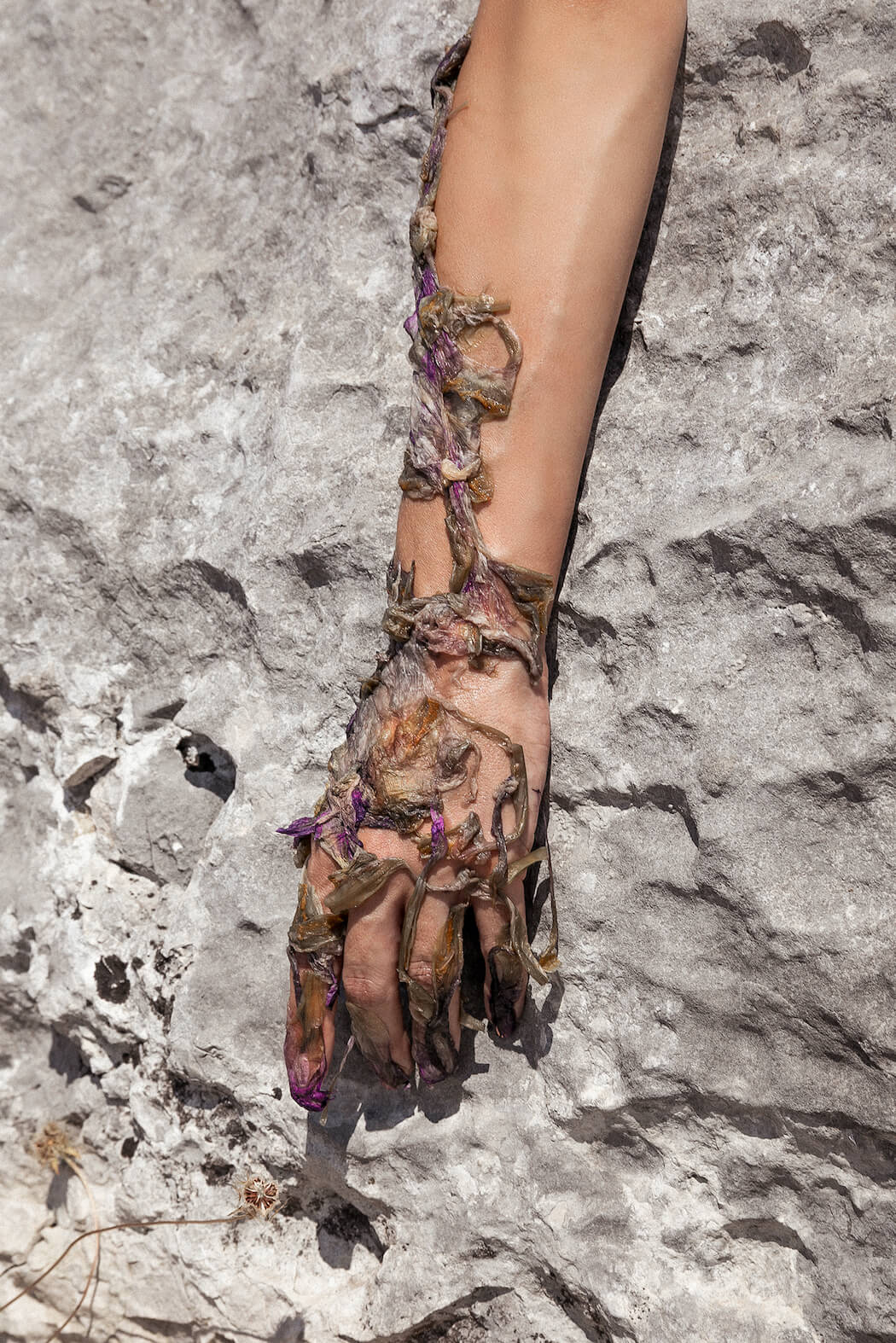 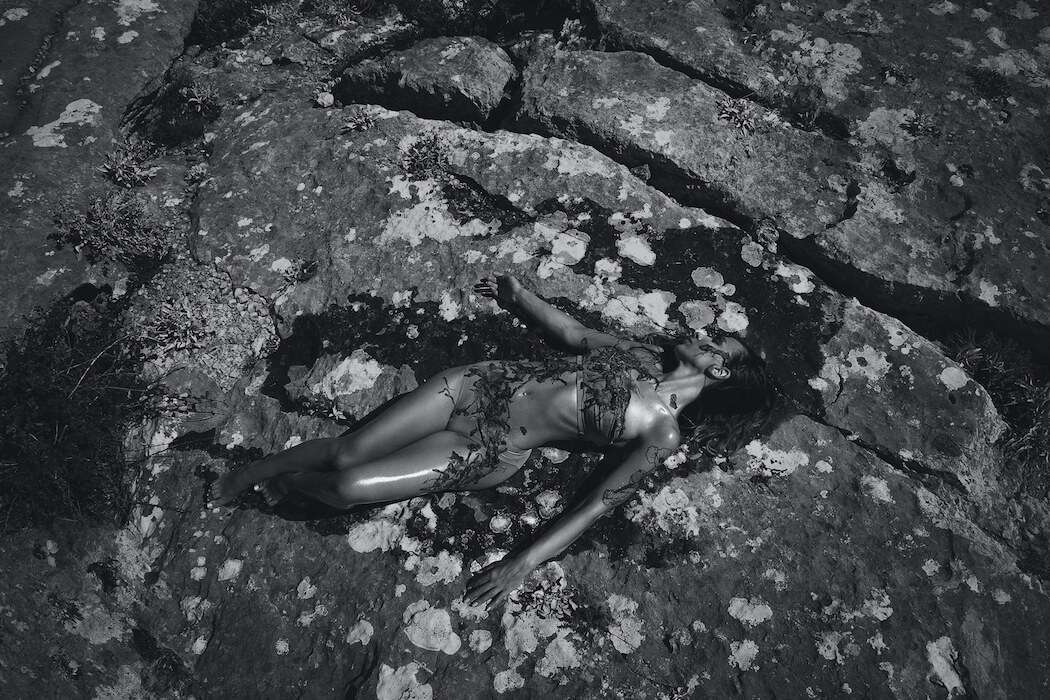 For thousands of years, the winds and rain managed to carve the southern slopes of a large mountain into a shape of a soldier, who lies there peacefully, in his solemn and patient vigil while life goes on around him. He has seen many generations, from those that worshipped him as the god Perun, to those who are trying to cover up the evidence of those worships, not knowing that future generations will cover up theirs in the same manner. The myth surrounding Perun tells a story of this static figure, who was once a supreme deity that, as legend says, would strike certain places with lightning, after which the rain would wash them down and an iris (Perunika) would bloom. The photograph of an iris blossoming from the water on a rock (one of Perun’s symbols besides an oak and hammer) is a combination of stereotypical tenderness and femininity connected to the flower, along with the theory that Perun was actually a woman (because of the riding position depicted on an old relief, physical evidence of old Slavic beliefs). The naked body of a woman is covered in iris petals high on the mountain, one of the three natural borders of the Republic of Poljica. 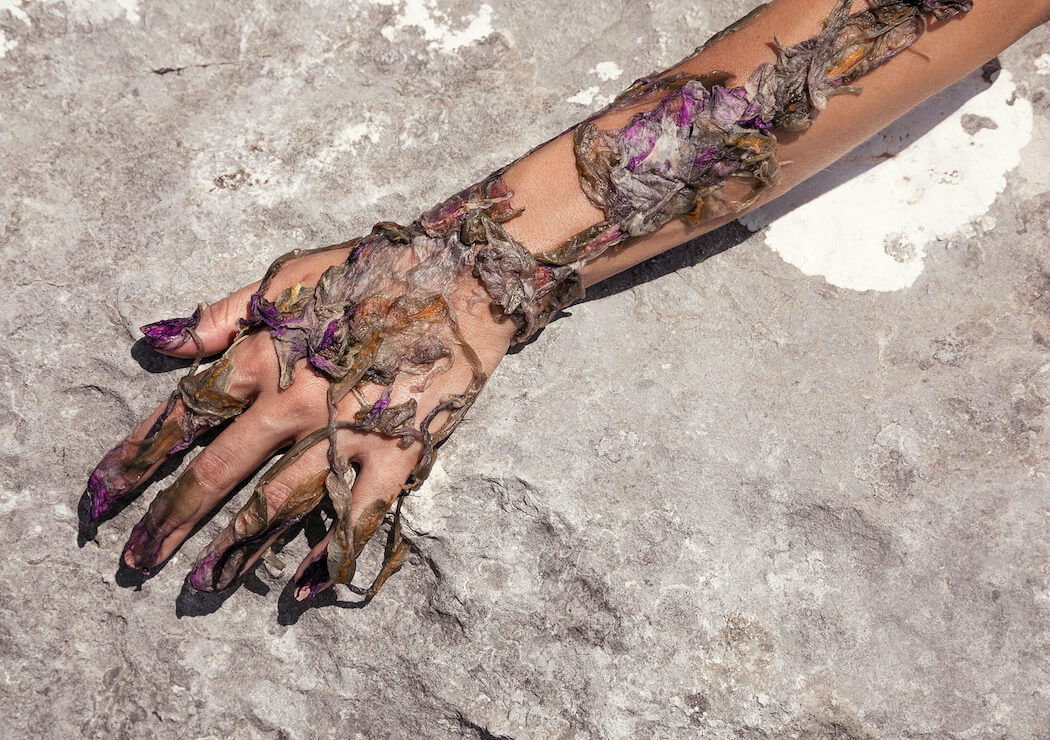 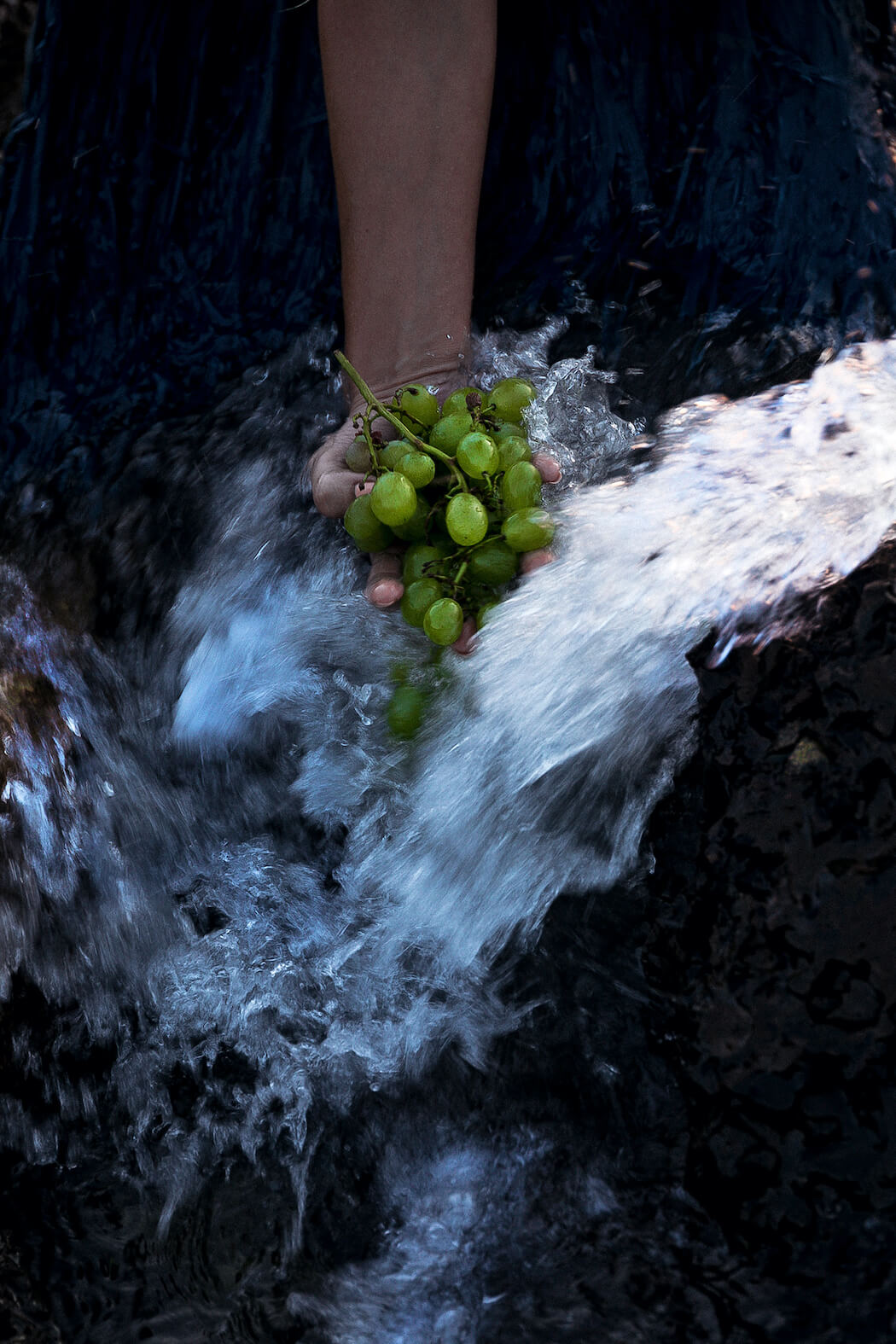 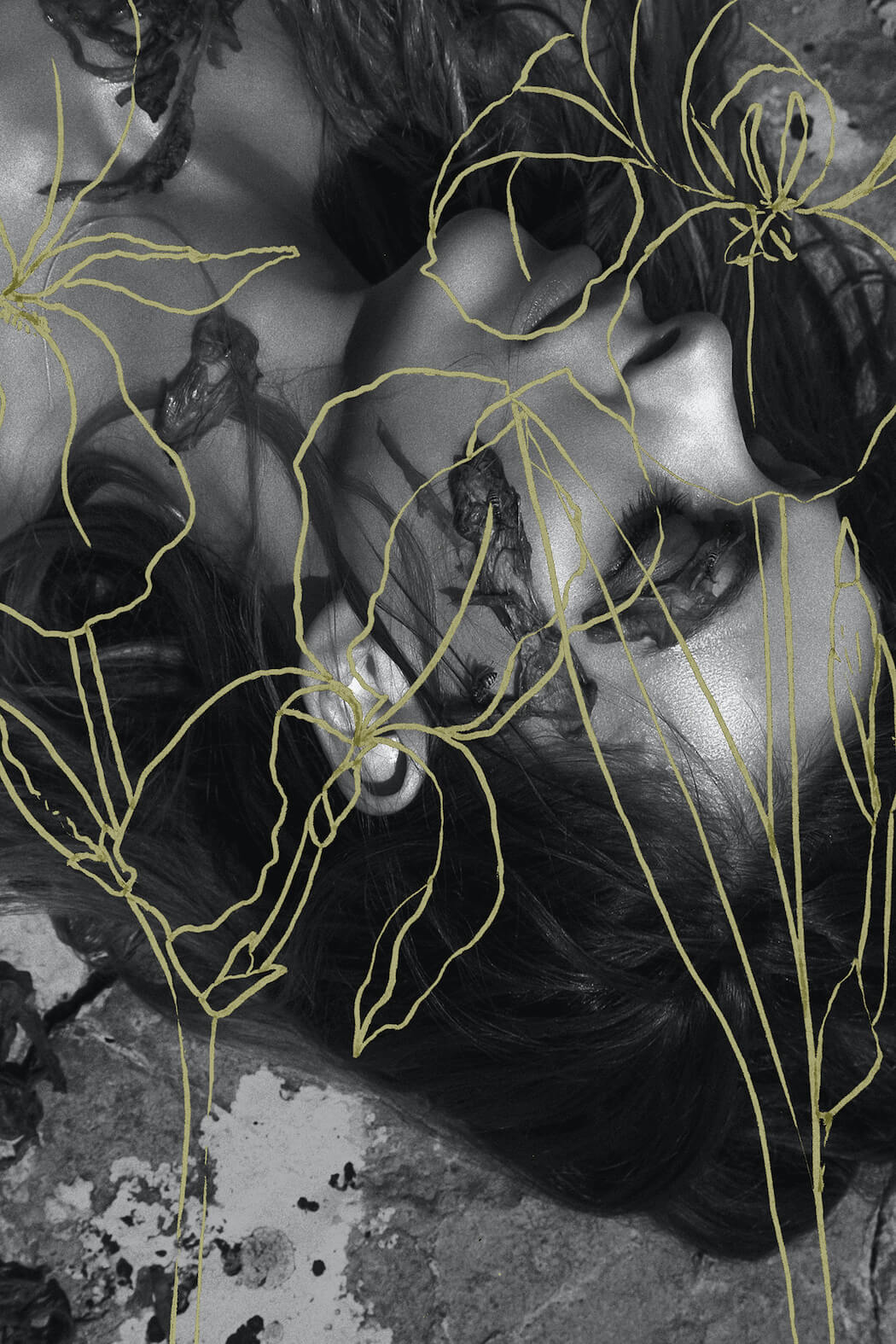 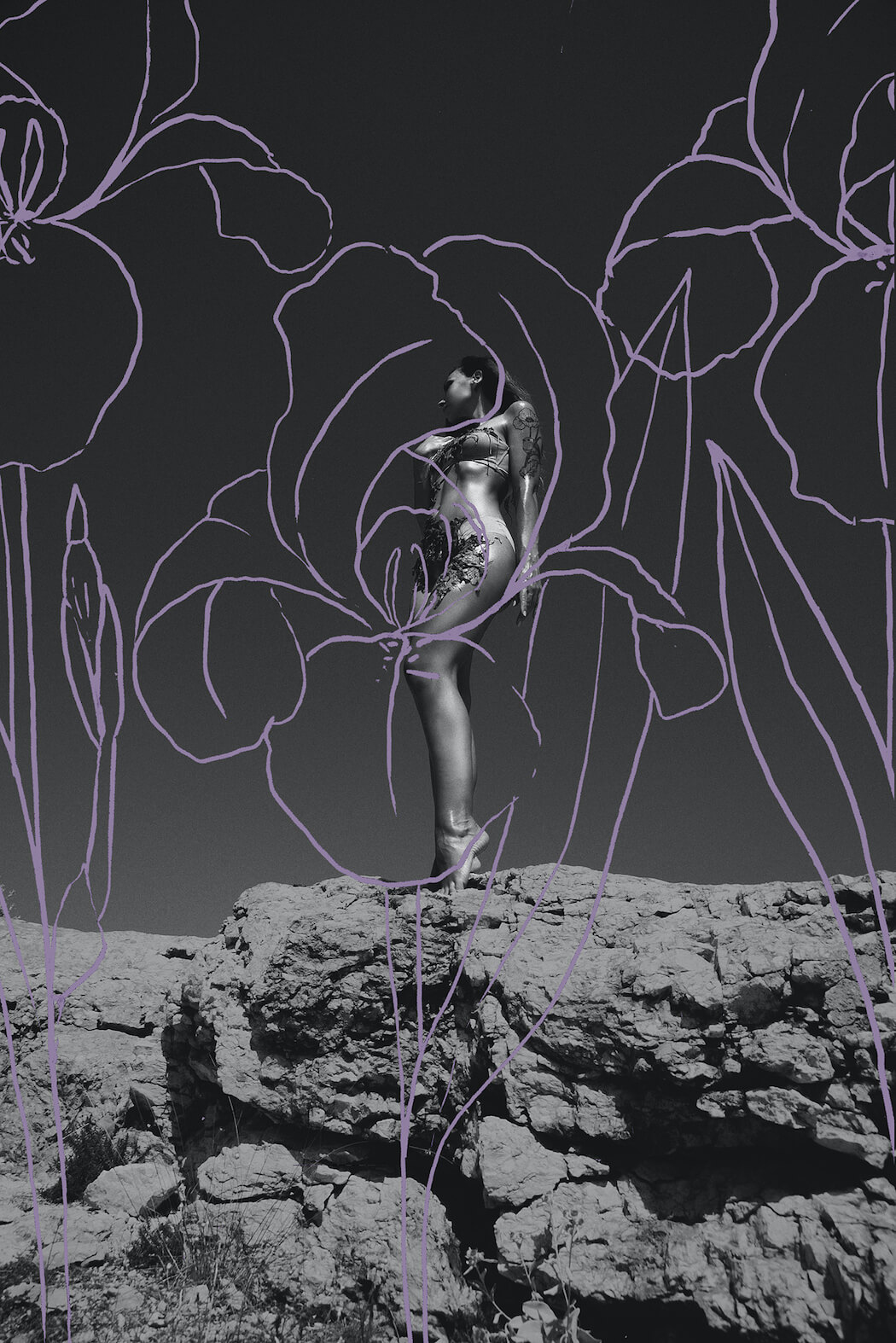 In contrast to the mountain, this deity was associated with meadows and bodies of water. Although seemingly a villain, Veles’s conflicts with Perun resulted in lightning hurling and ensuing rains, which were essential for farming – food – life. Garland of ivy around the head represents two sides to a coin, considering that ivy is a medicinal plant but also very poisonous. Because of its strong adhesion to every base, ivy also represents loyalty and devotion, which is the central motif to these photographs – the author’s loyalty and devotion to the land. Veles’s attribute is shapeshifting – mythology describes him taking shapes of both animals and humans to do harm. The photograph of Veles is a homage to metamorphosis and transformation. It is symbolically placed in a river, a swift-flowing body of water that takes everything away, giving us a chance for a new beginning. The river also represents the second of the three natural borders to Poljica.

As the third element of natural borders in photographs, the sea symbolizes life – everything comes from the sea and everything must go back to the sea – it is a place of birth. A stereotypical woman of this region is put in the sea, she is a mother and a caregiver. Just like the sea, this series of photographs represents the dynamic of life and brings us back from mythology to reality, to the present. This woman is a peasant and a farmer, but her clothes are not traditional and the whole ambience is dark. Because no matter how much the sea gives, it also takes, and even though it covers most of our planet, our knowledge about it is scarce. The mystic atmosphere surrounding the photograph poses the question – have we actually alienated ourselves from mythology, is there a monster lurking under the surface or does the real monster lie in everyday struggles for our lives? 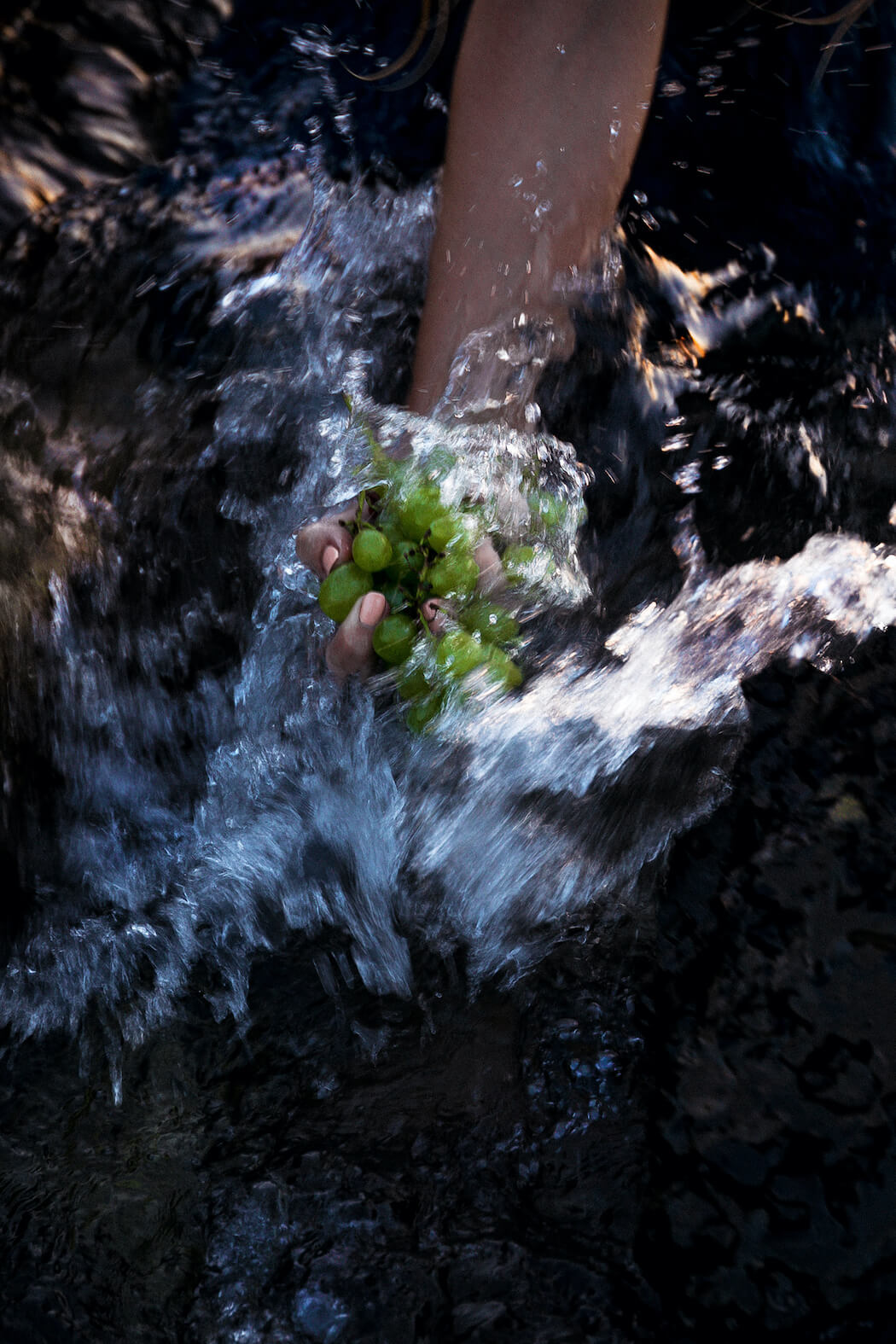 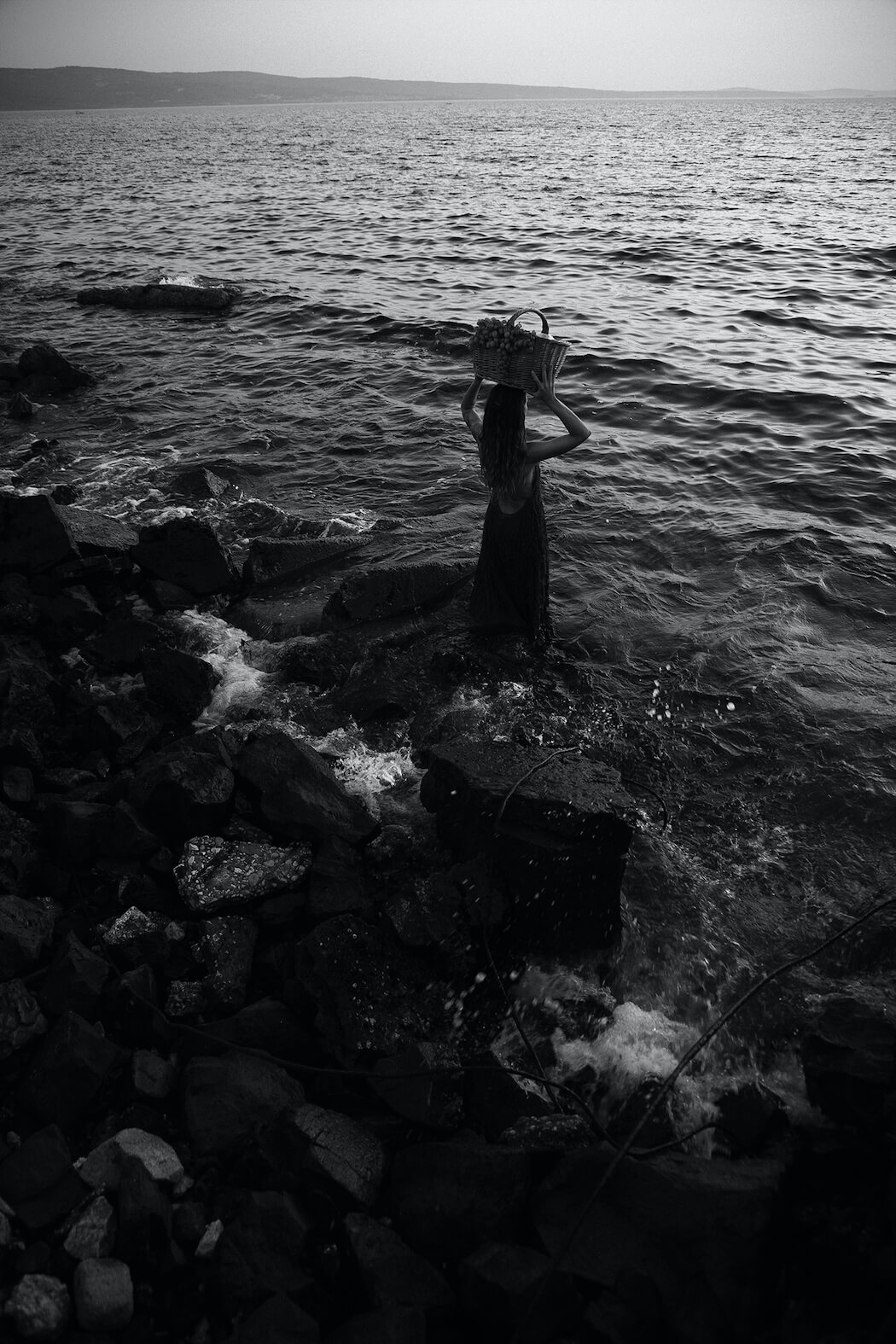 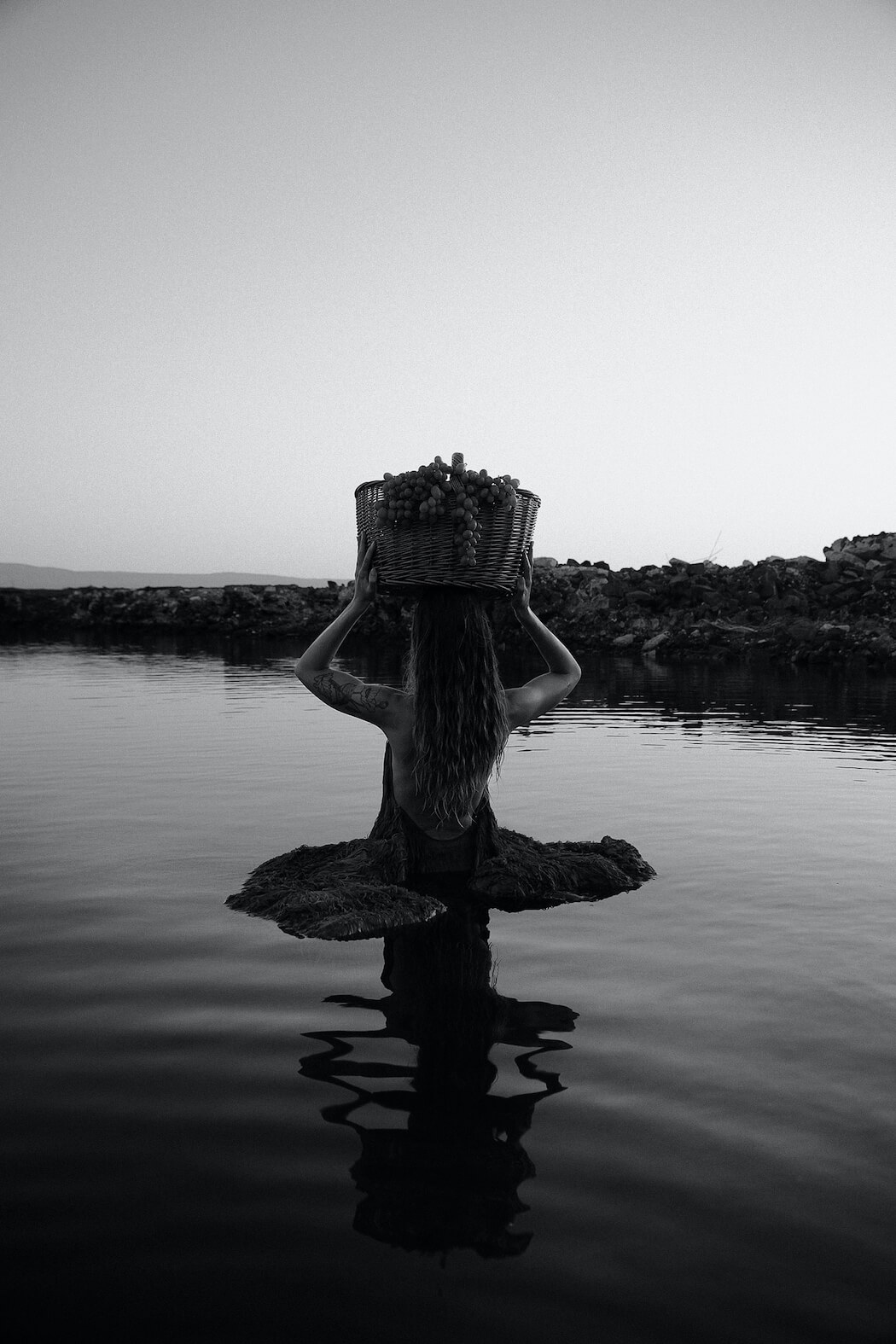 The last series of photographs is set in the centre of borders represented in former series. An authentic location where the lords of Poljica were elected, depicts a woman as a lord. But she did not gain her title because of her father or her brother (as declared by the Statute of Poljica). Blood in her veins is that of Mila Gojsalić, a warrior, a woman that combines thunder and lightning, the mystic sea and the unpredictable river, who survived for generations barefoot on a bare rock. In a plain dress whose colour represents the traditional robe of lords of Poljica, clad in cow skin as an honour to the dead animal by utilizing its every part. The only ornament she is wearing is a crown made out of dodders plant. The legends say that plant grows on clearings where fairies dance during night time. That’s why this seemingly feminist depiction also remains interwoven with a fairytale… or not.

Halfway between myth and history, traditional and contemporary, told and untold, sunrise to sunset a new reality was formed. Somewhere in between upholding and breaking the rules. Woven from relentless rapids, reliant rocks and tranquillity of the sea while it greets the pale moon, barely visible during daylight. A new story was told in the backdrop of a golden mountain, black sand and million shades of green. A story about Perunika. 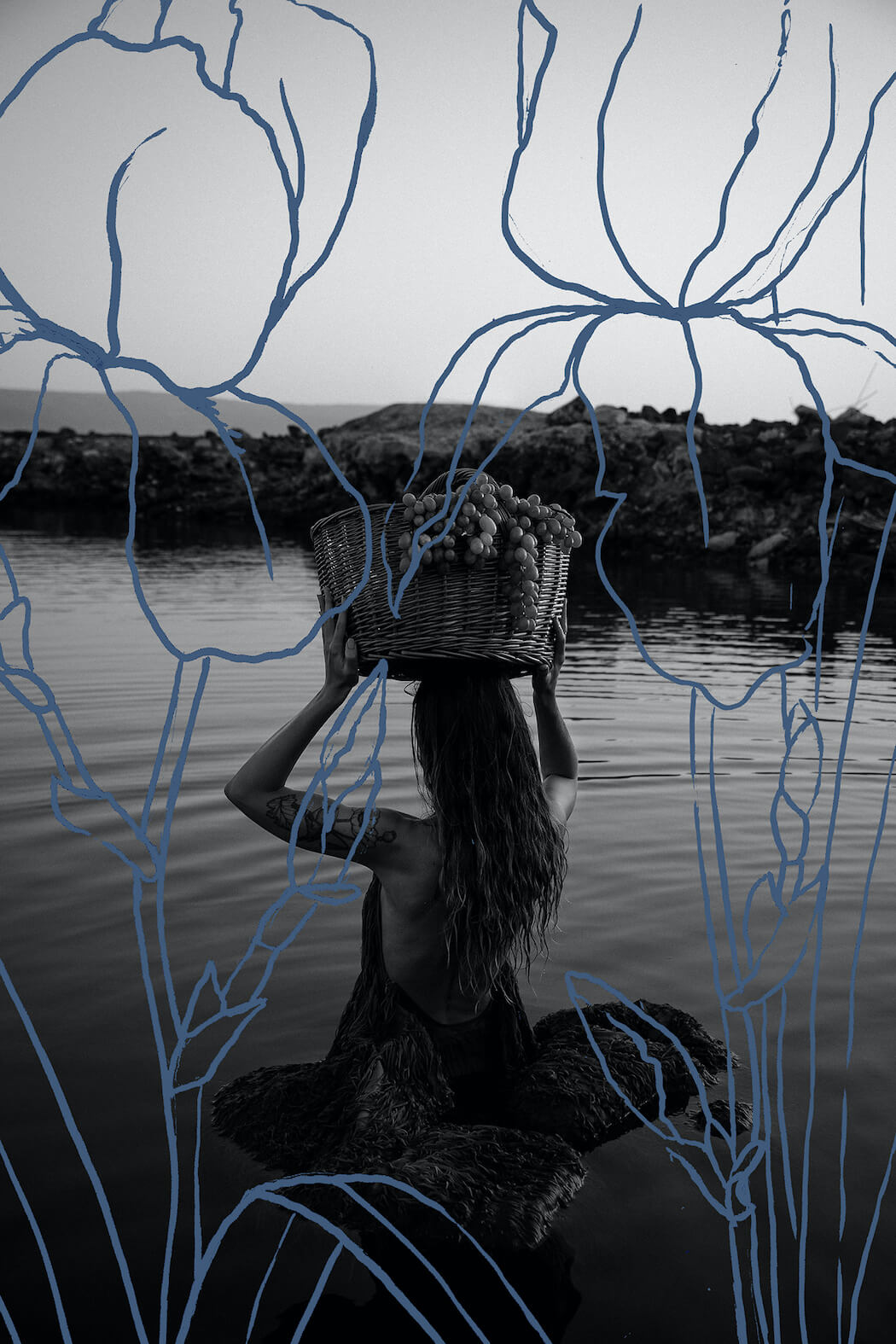 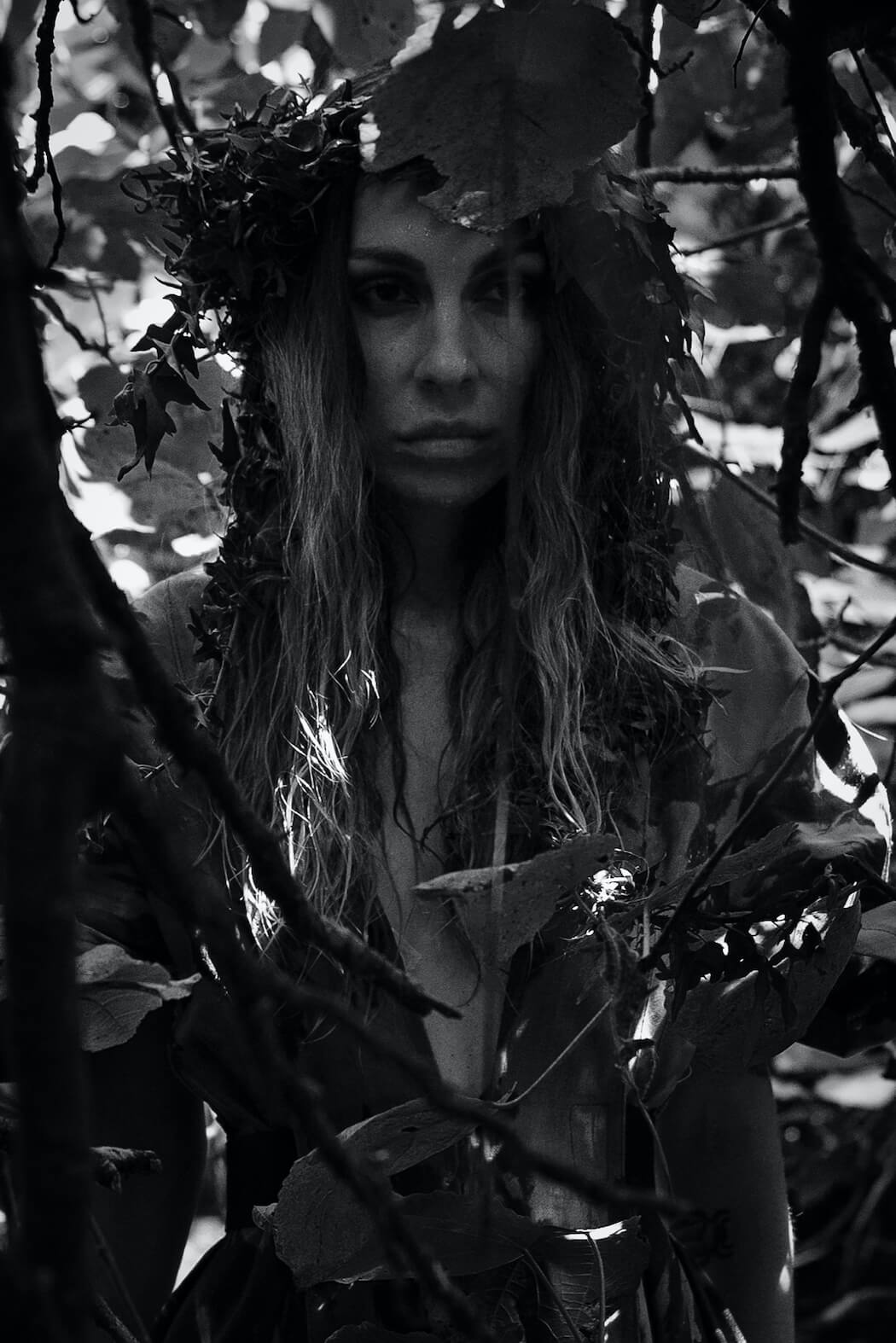 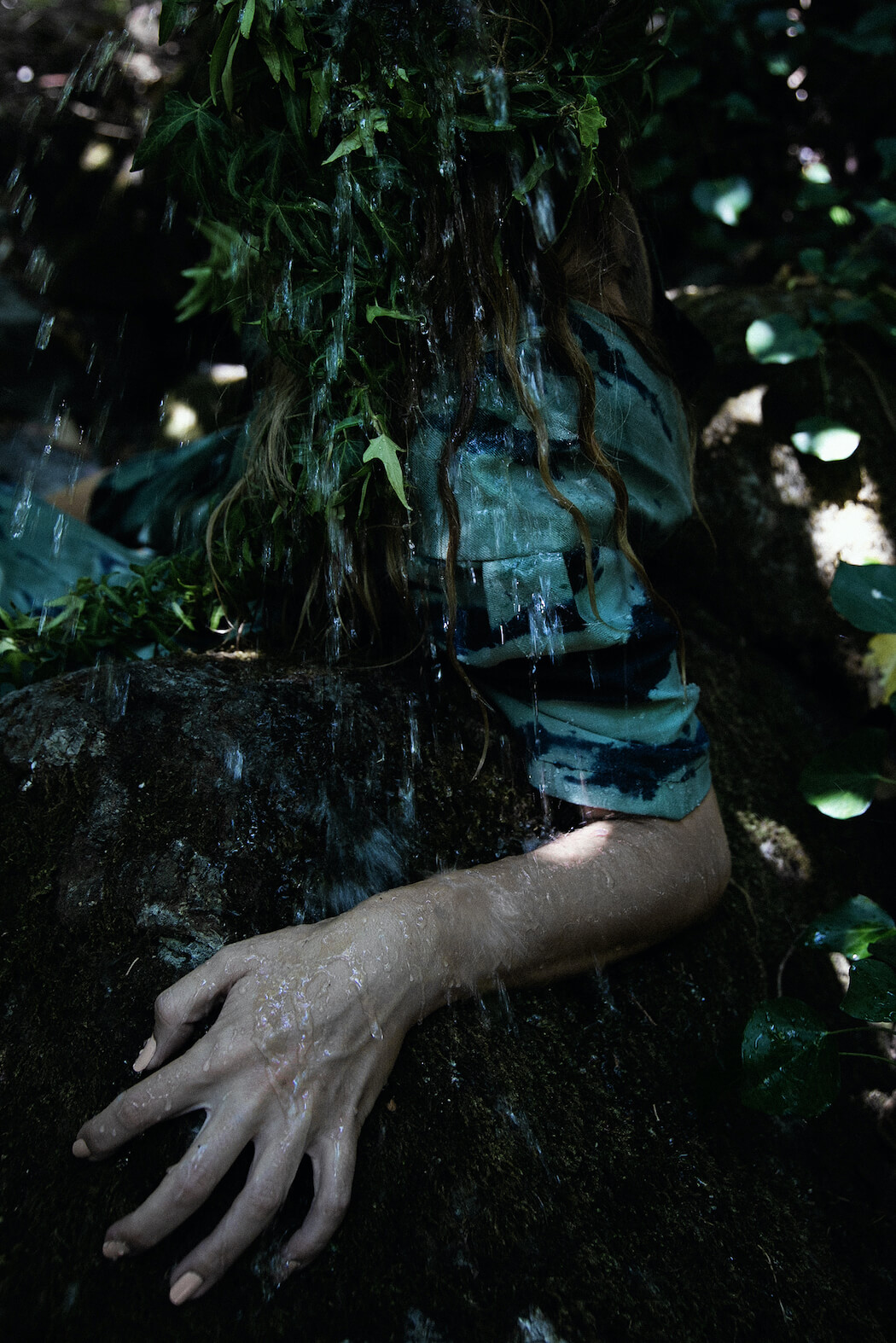 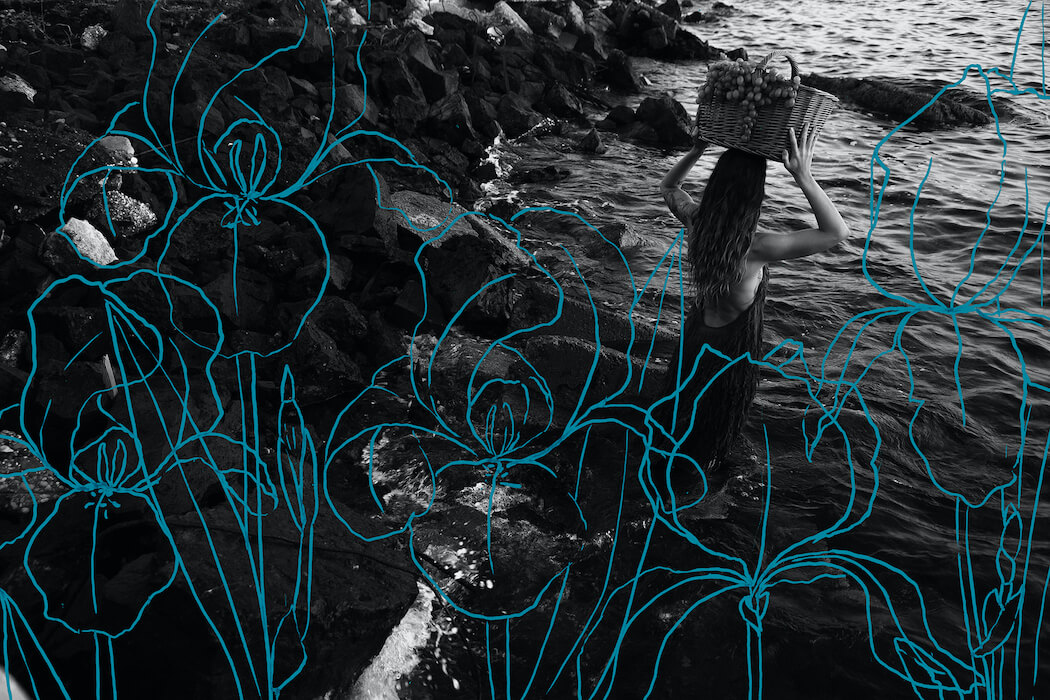 About Authors
Zrinka Barbaric graduated from Arts academy in Split where she earned her major in fine arts and has several both group and individual exhibits behind her. Today she lives in her hometown of Žrnovnica near Split where she has her atelier set up too. Her work is mostly focused on nature through which she deliberates subjects of heritage, the coexistence of humans with nature and their role in the cycle of life. She depicts seemingly dark and heavy topics adds a new and unusual perspective in a delicate and dignified way. One of her more prominent works are “Mother” exhibit at Museum of fine arts in Split “Metamorphosis” at Lauba in Zagreb and the project “Ashes to ashes dust to dust” during which she burned all her previous work so she could rebuild herself and her art from the very beginning.

Jure Perisic is a photographer with a multitude of artworks published in both domestic and foreign media and several groups and solo exhibitions. Over the years, Perisic has developed a recognizable aesthetic signature that, somewhat dark and always experimental, stands on the border of the subversive, provoking established rules and pushing boundaries. One of the most prominent moments in his career is his collaboration with Silvio Ivkic on the fashion brand Coded Edge and the experimental fashion performance “Second Skin Project”,* which was created in collaboration with actress Senka Bulic and multimedia artist Martina Miholic. 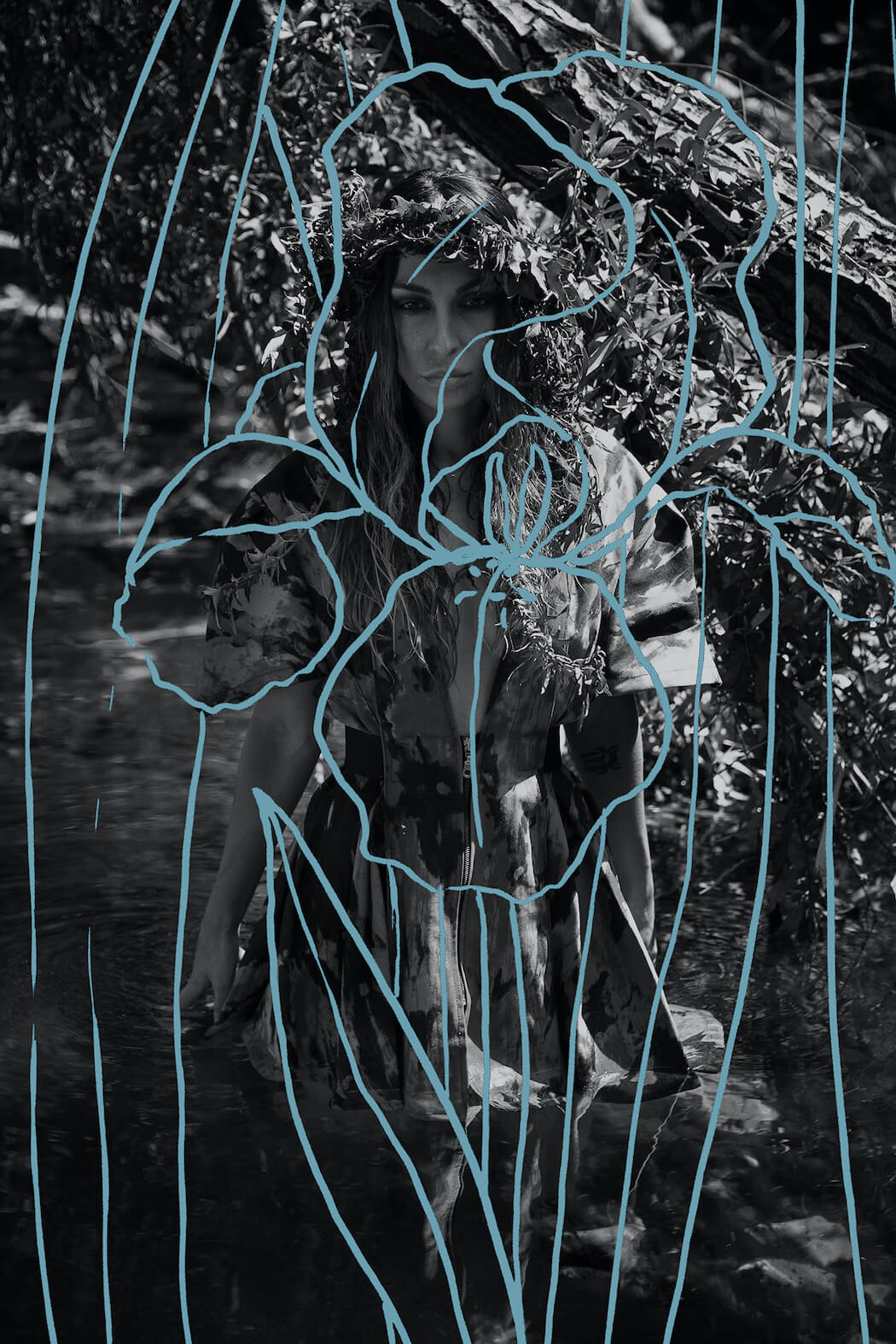 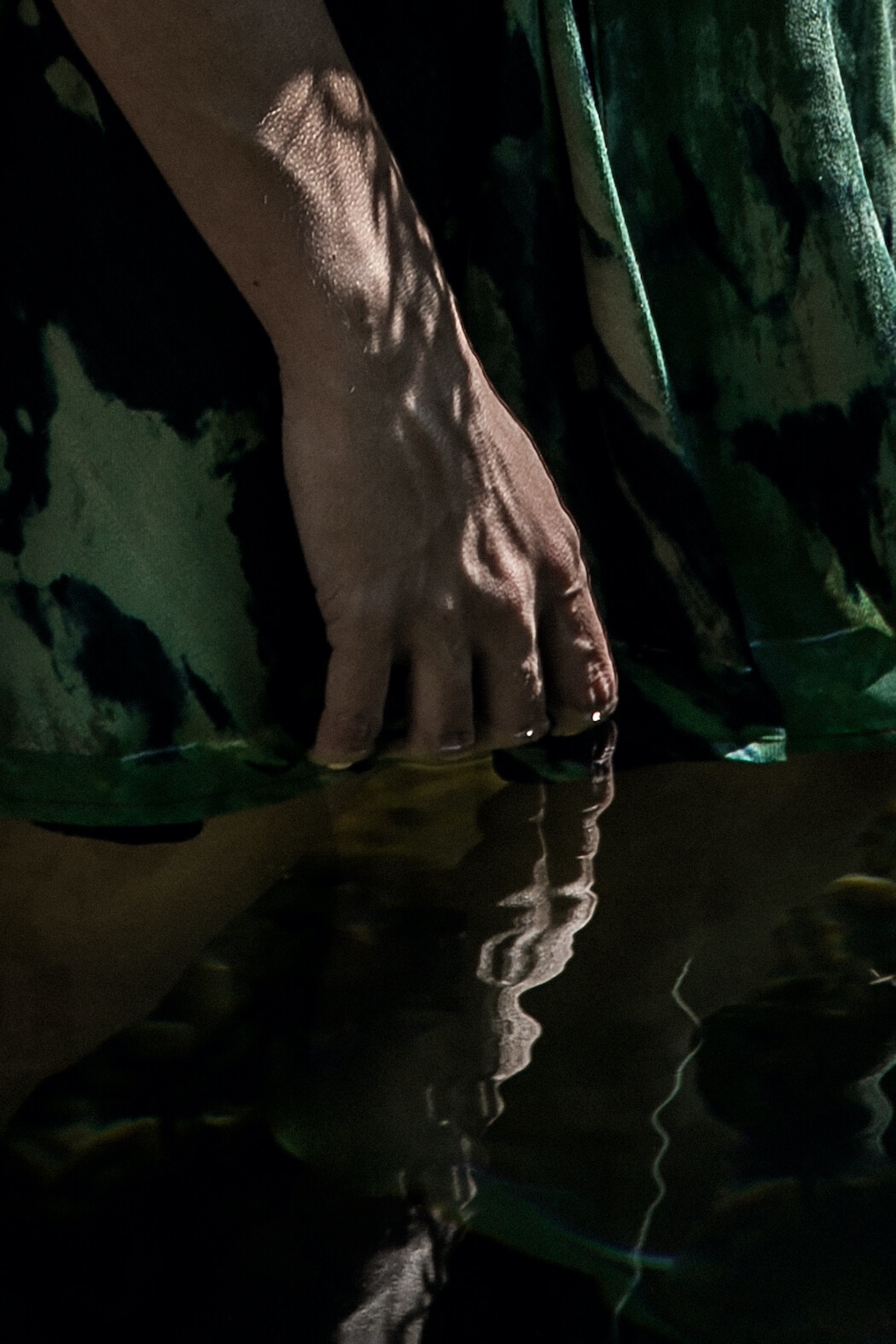