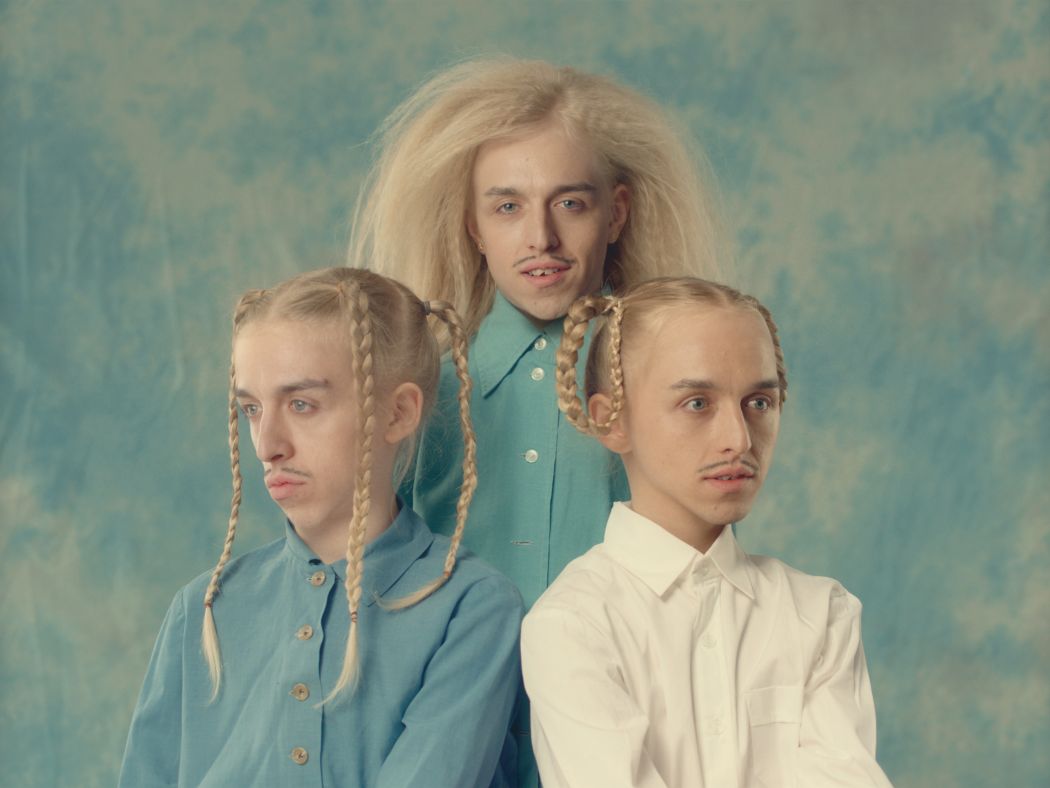 ‘You know – my reality is a dream. I don’t know what’s the real world. I never had one.’

Salvador Dali used to draw masterpieces in his bathtub. When it comes to surreal disruption and arbitrary rearrangements nowadays Tommy Cash takes the cake. The‘91 born artist with Estonian origin is painting his own canvas in ambiguous colours. With his vision as equipment, Tommy Cash blurs the line between illusion and truth. Spreading paint, clashing colours, he is challenging innovation in music and aesthetical perception, representing freedom and diversity. With his hometown Tallinn as an influence, Tommy’s sound isn’t merely black and white – his palette is brightly coloured. While becoming an inimitable avant-gardist, he keeps reinventing himself, either by taking on Rick Owens’ runway or producing conceptual work, drawing his portrait with multiple personalities. Armed with a vision, passion and post-soviet rap, Tommy Cash is ready to reach new heights.

Hey Tommy, how are you?
I’m great – I’m back home in Tallinn right know.

Do you have some time to rest?
I am actually very busy. This week, I have been up every night to work on my music until six in the morning. For me it’s kind of a rest – Different state of mind. I love it, to have time to create something.

You just opened the Rick Owens runway show – Congratulations! How was that?
That was crazy. Actually, I didn’t know that I would be opening the show. That’s the thing. They told me when I got there in the morning. I never walked or modelled for anything, so Rick was like: “You wanna walk Tommy?”- Because they were using my music anyway for the show. I was like: “Yeah let’s do it”.

Must be like a dream come true.
Definitely. That was one of the top things I did this summer. Crazy, crazy. I loved it!

Did you get any tips from Rick or other models?
No, I didn’t, but Rick told me I look like I have been doing this. Of course, it’s easy to do when it’s your music playing. It felt great.

What do you love so much about him?
Actually, a lot of things. We have been talking a lot. I see myself in Rick because the funny thing is: Rick has the same birthday as I do – Exact same day. So that’s kind of psycho.

I also think that’s why we are a little bit similar. I love his work, how he creates. I see a lot of things, or of me, in him. We are fans of each other’s work and inspire each other. And I am sure on some level he sees himself, like a young Rick, in me too.

Do you believe in those things like star signs and stuff?
I haven’t got into this very much but there should be some truth about it, right?
I am not into this horoscope shit, but I mean there is something like, you can say a lot by your own spirit animal. And if you were born on the same day and the stars were on the same place, it will mean something, definitely.

Would you say fashion is one of your passions?
I mean fashion is not important… but of course, it’s my passion.

What’s your main passion?
I would definitely say my product is my passion. Music, my shows, my videos, my pictures – Everything! For me, every step I make is kind of something I am very passionate about.

If you would have to visualize the feeling of passion, how would that look like?
Like a beautiful sports horse. Which has been trained to give it’s best. While doing dressage. No one is riding her. She can be by herself. She already represents passion for me.

What would your life be without that passion?
I mean I would still be for sure anyhow into the arts, you know. Somewhere, doing something. I don’t know – I would be an architect. Something like that.

Why do you think you are making this massive noise in the industry?
I mean I am sure because I am making a little or not a little, maybe a big difference from other musicians. I have this Soviet background. And there are many artists coming up from this region. On that level – that’s definitely one thing – because where I come from and from the aesthetics. Also for sure my vision. Something new, you know.

What impact did Tallinn leave on you?
The people who were watching me from aside. I mean like it gave me all this aesthetic, I am playing with – like Soviet chic. This has grown me, so you can see this in my art. And I am kind of reflecting it.

Why do you think there is this interest in post-Soviet rap?
People got bored with America. We have been having this American voice and American fashion for a while. It was dominating the culture. So every time when there are some sub-genre things popping up, people are driven to new nutristic aesthetics and fashion.

Let’s talk about the ‘PUSSY MONEY WEED’ video! You got my attention in another interview where you explained that the starring artists with disabilities were banned from the US media. What was the intention, that made you want to realize this piece?
Well in the ‘PUSSY MONEY WEED’ video I wanted to represent different people. It was like this different realm. A parallel universe. I wanted to present some different kinds of people, to show how powerful they are. And how much skill they bring with themselves. When I dropped the video – the best comment of all times – was from a girl who wrote under the video: “I am in a wheelchair and now I feel represented.” And that was amazing. That made me feel so happy. And that’s one of the prettiest things I have ever been told.

You might have opened up a whole new world for her.
Yes, absolutely. This is how they are. Like, whatever or however you look or in what condition you are. You shouldn’t be afraid of yourself or your skin. You should represent it.

Are you playing games with media shaped and web aesthetics?
Well, I challenge it always. Like culture. You know, like the normal point of view is always changed from my point of sight.

Would you agree to: Nowadays people sympathize weather very edgy characters or flawless Kardashians?
Haha, so are there like two ways of being.? I don’t think it’s like that. There is also the middle too. And a lot of different characters. There are just a lot of Kardashian characters.

In another interview, you were talking about the ‘Boys’ video of Charlie XCX, where you had your own sequence. You said you were the ugliest of the guys. So I was thinking, what is ugly to you?
Maybe I was kind of ranking people from the Kardashian chart and I’m kind of from the other chart. There were a lot of pretty boys, but it was like a joke too. I was never about looks or being pretty or being good. For me it’s not the number one thing.

Who taught you beauty lessons?
No one. And that’s the thing you know.

Who inspired you when it comes to beauty?
Maybe my mom. I was living with her for seventeen years, so maybe that taught me something.

How is the process of creating something new?
It’s always different. Usually, I have a song first and then I get an idea of what I want to do in a video. Sometimes I have an idea way before, like something special, I stumble upon it.

Your videos are playing with reality and were described as surreal masterpieces. Like you are the Dali of rap…
Dali of Rap – It sounds like what I want to hear. I am definitely going for it. With every piece or video I make I want to reach new heights.

What attracts you so much about creating new realities or next level?
You know – my reality is a dream. I don’t know what’s the real world. I never had one.

I started dreaming this around fifteen. It’s what I am doing – it’s my passion. I kind of get excited when you have it in your brain and then you have it physically in the real world. That’s such a beautiful feeling. I get a rush of it when it’s done, from the idea to the finished project. This is like the best orgasm I ever have.

If you could be any character from the little Molly video, which character would you like to be for one day?
Haha, oh man. I would like to be the girl with the ass. That would be fucking amazing. I would kind of be great at work. Twerking for myself, you know. Or I would be the boy with the dog on his head. I don’t have a dog, so that would also be amazing.

What do you do to let yourself fall?
Just let it bruise. Do nothing! You won’t find inspiration – inspiration finds you. You can always go and have a look. Good research helps. Go ride horses and don’t think about it.

What’s your super card?
I mean, I think my bravery is my super-card. I am not afraid of shit – I don’t give a fuck.

Who is the artist, you dream of collaborating with?
Daft Punk or MC Bin Laden. He is really cool and huge in Brasilia. You should check him out.

What’s next to come?
I am working on a lot of great things and want to put it out the range. New music and new videos!

Tommy Cash’s new album is going to be released this autumn.