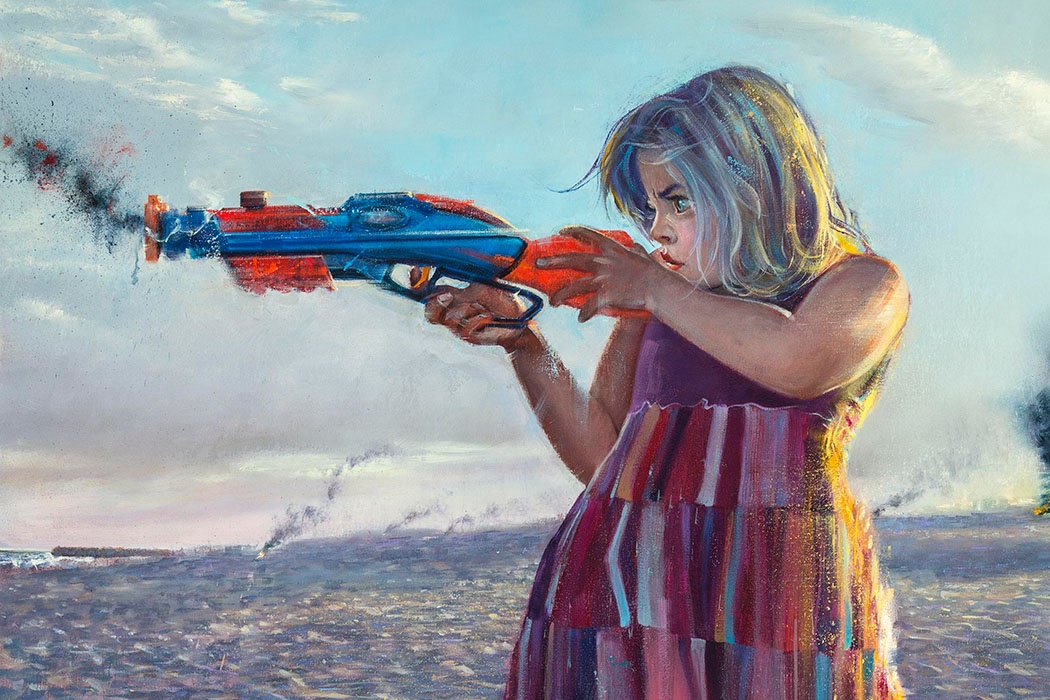 David FeBland – The Story of a Space

I had a FaceTime session with the successful English-American painter David FeBland today. It’s been a little while I wanted to show you his work, because he works an incredible sense of light that is running through contemporary urban scenes. Like Andy Warhol, he was trained and worked as an illustrator (after studying Architecture and Political Science), but unlike Andy, this didn’t lead him to mechanize his art. Aged 40, he got liberated when accidentally renting out the wrong studio. Some of our best decisions are based on a crucial mistake. 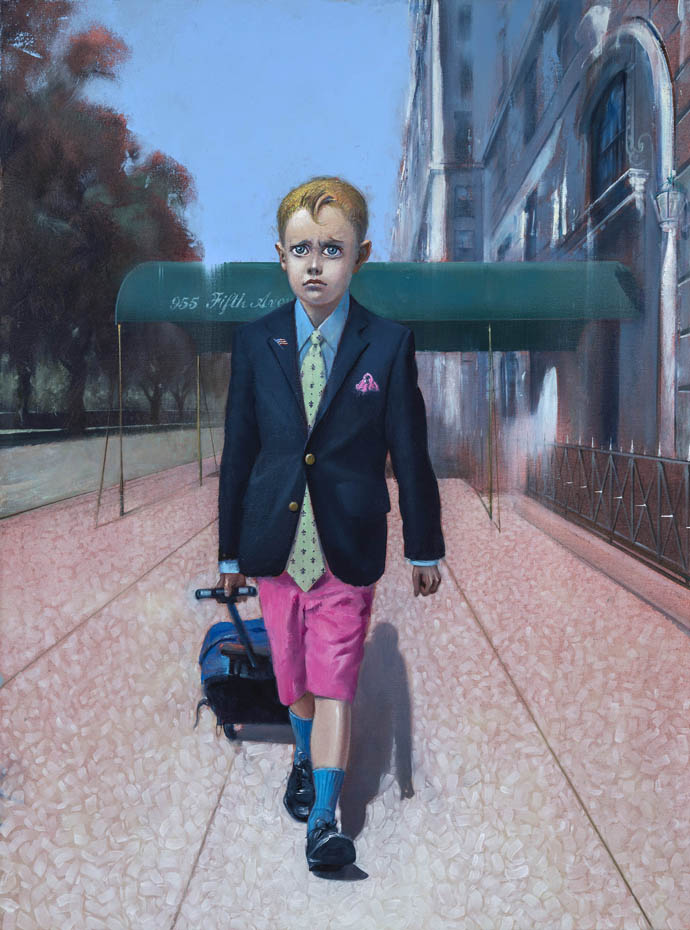 This is exactly what happened to FeBland at the end of the 80’s when he rented a dirty smelly place instead of a clean illustration studio. But soon he saw what the Space had to show him, and that was a vision he carried for a few years during which he boomed from the inside out his mental and technical illustrator structures to give birth to his painter self. Yes, that’s how your today mistake will have your future self revealed. And this story has a very happy ending as many years later, FeBland is incredibly successful and keeps on reinventing himself. 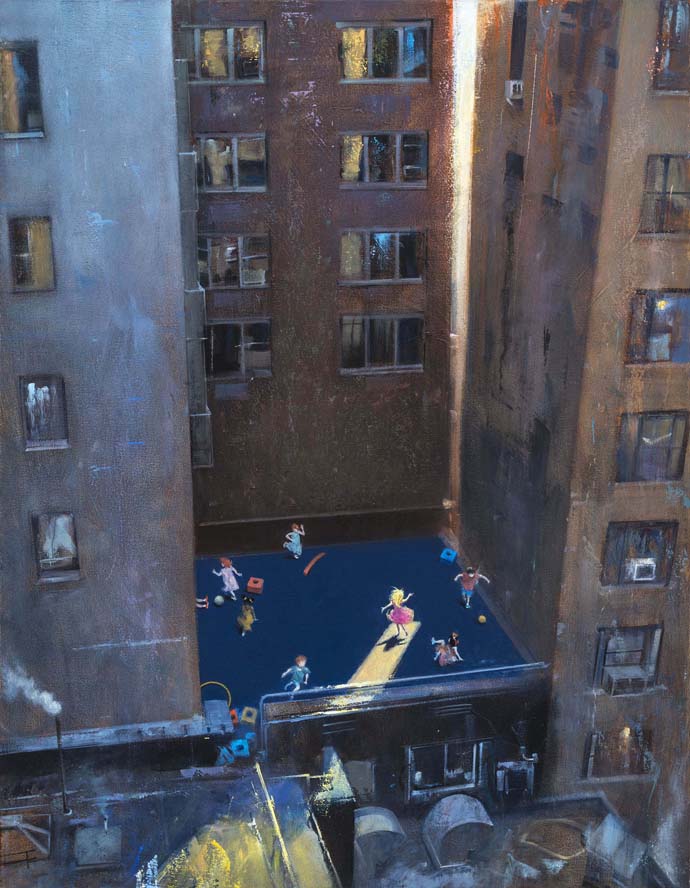 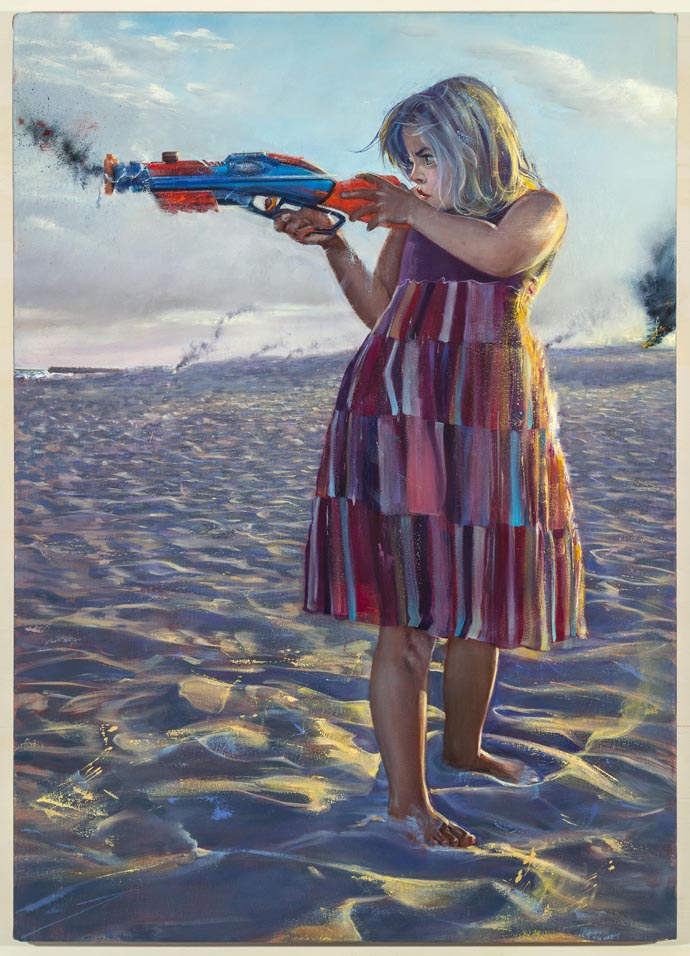 His theoretical aim is to « describe the common interaction that goes unnoticed », and of course painting is a perfect medium for that. His works are built from the inside out, from the background to the foreground, and from the most difficult part to the easiest he tells me. Each painting is a scene, like a like narration or more like an allegory of a concept that wouldn’t have been named yet because it is so fine we nearly don’t see it. FeBland is a painter of the space in between, which is very close to the Impressionists works. Look around yourself, there’s a whole bunch of things happening between you and your colleague, your coffee mug and even between you and your computer screen. This is what I like in FeBland’s work, as he paints less the mass of the body in the space than the space around it. 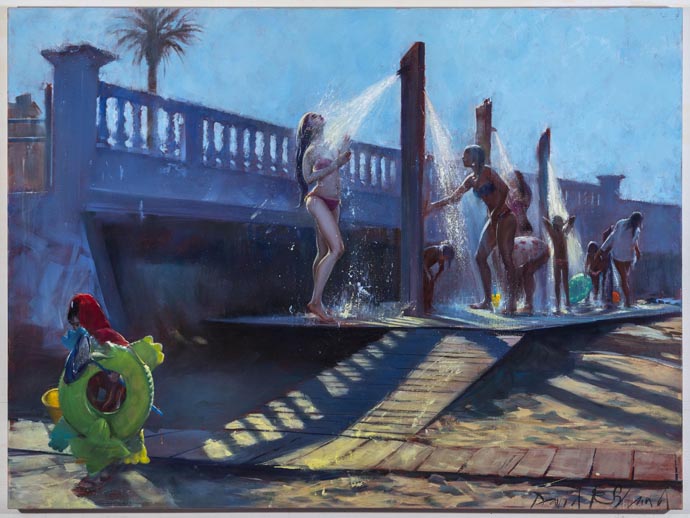 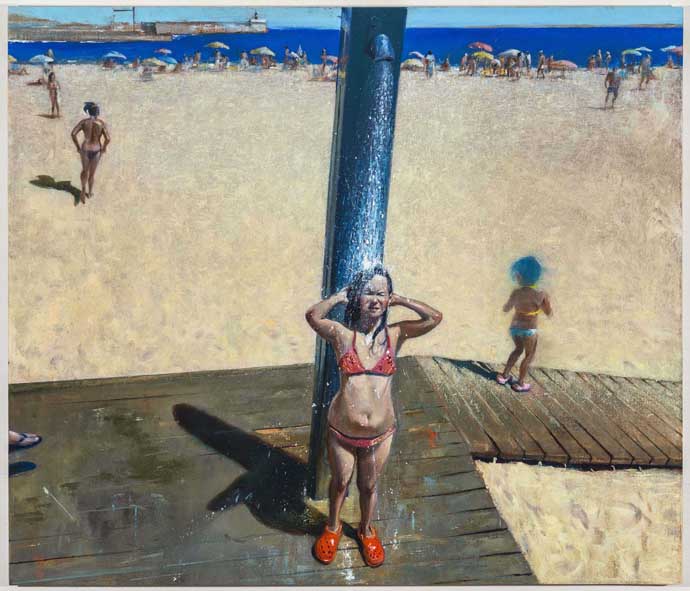 And we’re back on the Space. One of the first things FeBland told me today was how as and artist he’s circling around 2 or 3 themes that he’s exploring again and again, so I suppose we’re doing the same thing here. 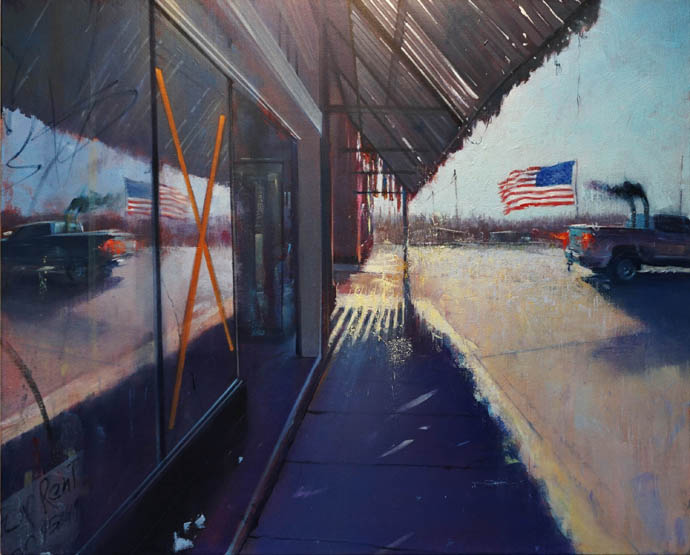 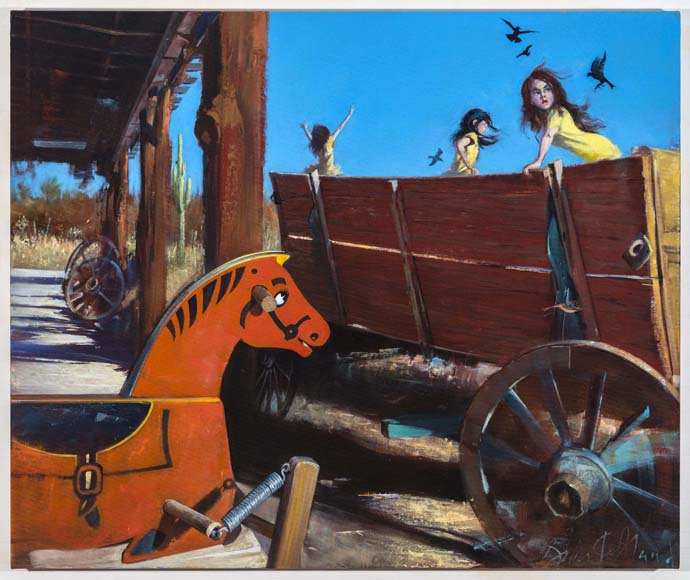 Now, the big question: Do you want to see how light and space is created with what is basically colored muds? I know I do. I can’t wait to check out those incredibly American rough blues and those rapid shadows. We’re very lucky as FeBland will have nearly simultaneous shows in Europe and in the USA, so let’s talk about it there! 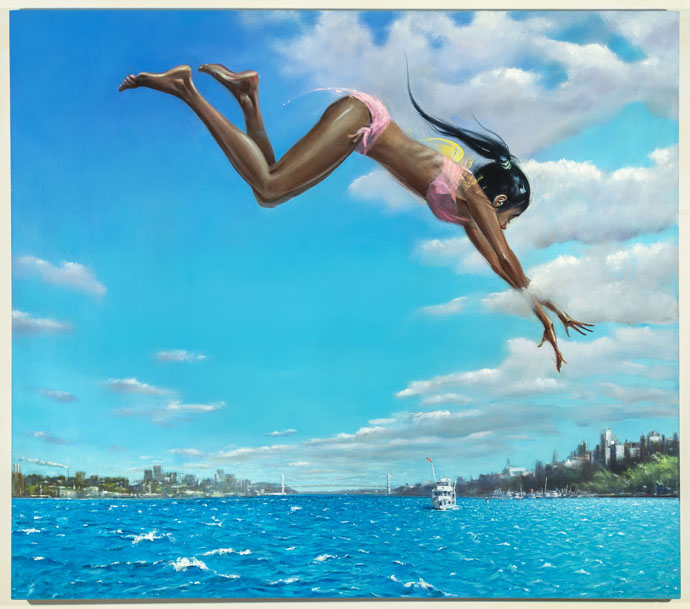 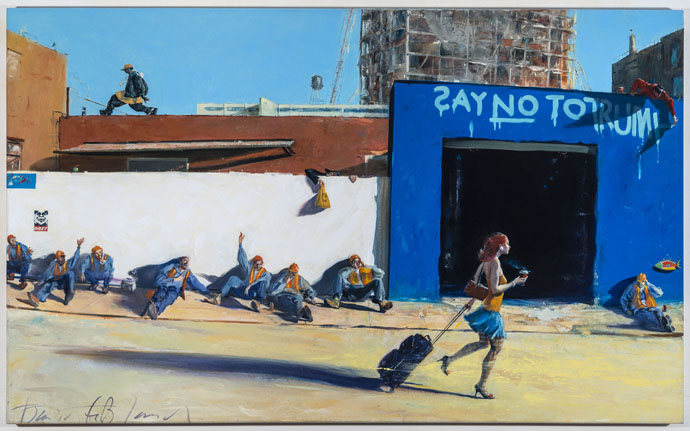