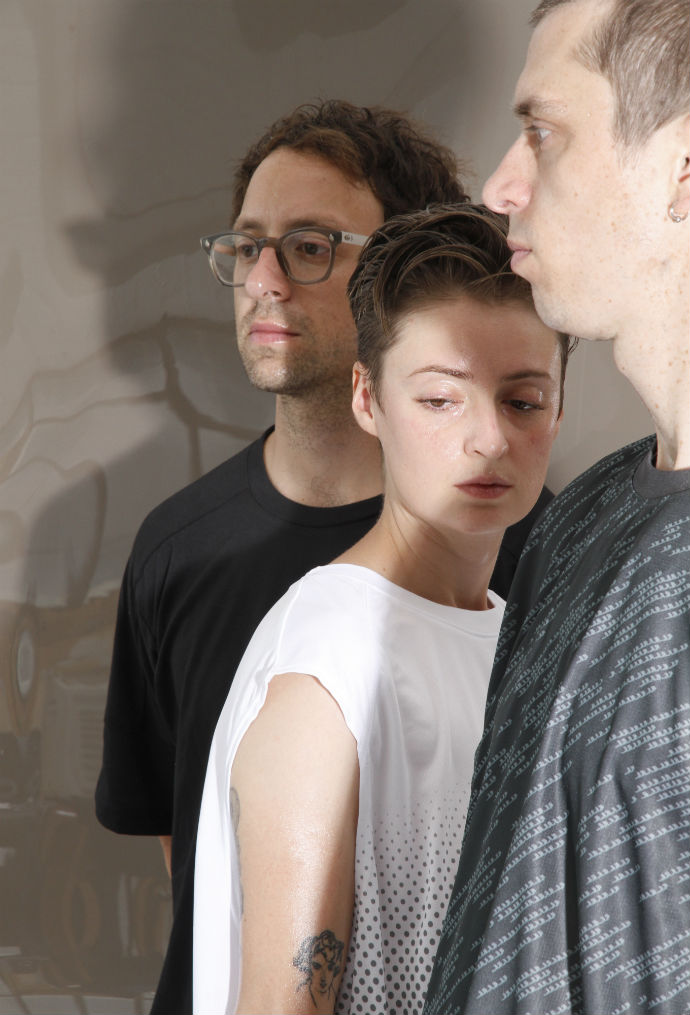 Celebrating the release of their second album, ‘Familiar Touch’, is synth-pop trio, DIANA. Hailing from from Toronto, the band is made up of lead singer Carmen Elle (Austra), Joseph Sabason (Destroyer) and Kieran Adams. Their debut LP, ‘Perpetual Surrender’, was among the most celebrated releases of 2013, but while DIANA’s members had been involved with prior projects (singer/guitarist Carmen Elle touring as a member of Austra, and Joseph Shabason playing saxophone for Destroyer), the album was the effort of a band that barely existed, having essentially come into being as the album was being written and recorded. The band was initially conceived as a one-off recording project, a constructive way to use studio time that drummer/producer Kieran Adams and Shabason had on their hands, and the excitement that greeted ‘Born Again’, the first track released from the debut album, was completely unexpected, propelling the band to a place they had never planned on going. They’ve put together a special selection of top 5 sounds for chilling over the summer.

“Letting Love Go” – Everything But The Girl

There’s something very romantic about heartbreak in the summer, at least to me — we went on tour in early June and it was really to connect with the musical tastes of everybody in the band and also with our friend Nicholas Krgovich who toured with us … for me it was nice to reconnect with some more organic/ lyric based material after going thru a period of listening to mostly electronic music throughout the winter/ spring. Both Nicholas and Thom Gill (who plays guitar and keys in DIANA) are big EBTG fans and i went on a binge after coming back from tour — this album “The Language of Life” really stood out to me.

Definitely fit for the summer, definitely both sad and beautiful. Rickie Lee Jones is one of the best voices, and songwriters – tho this track was originally written by Gerry and the Pacemakers. A real summer bummer masterpiece.

Nana Vasconcelos is a Brazilian percussionist and vocalist , I first heard him on one of those early Hassell/ Eno albums and was hooked — and there’s so much to dig through, lots of great collaborations with people like Don Cherry, Jan Garbarek, Arto Lindsay + guest spots on albums by Talking Heads, Caetano Veloso, Debbie Harry etc… but his solo albums (of which there are close to 20) are really special – this one is from Saudades (1979)

Have been spending more and more time looking for music on Bandcamp these days – it’s really exciting and i keep stumbling across so much good stuff. This Album I found because the label that released it also released a track by an artist called Moni Moni that I heard in an Umfang mix, then i somehow linked to this through the Bandcamp page. Corin is a producer from Australia and she has a background as a classical pianist – don’t know much more than that but this whole album (called Wave Systems) is really special, warm and cold all at once.

Another Bandcamp find – Avalon Emerson (Berlin based producer) 2017 remix of a track by Lena Platonos from her 1984 album “Sun Masks” which featured Platonos composing wild experimental soundscapes with tr808 drum machine and a Yamaha C60 synth, and reciting surreal romantic greek poetry over the top – lyrics that deal with “futility of love, the gap of human relationships, consumerist alienation in the bourgeois lifestyle of the 1980s” for me this feels like a good thing to chill and listen to in the summertime

Familiar Touch is out now via Tin Angel Records