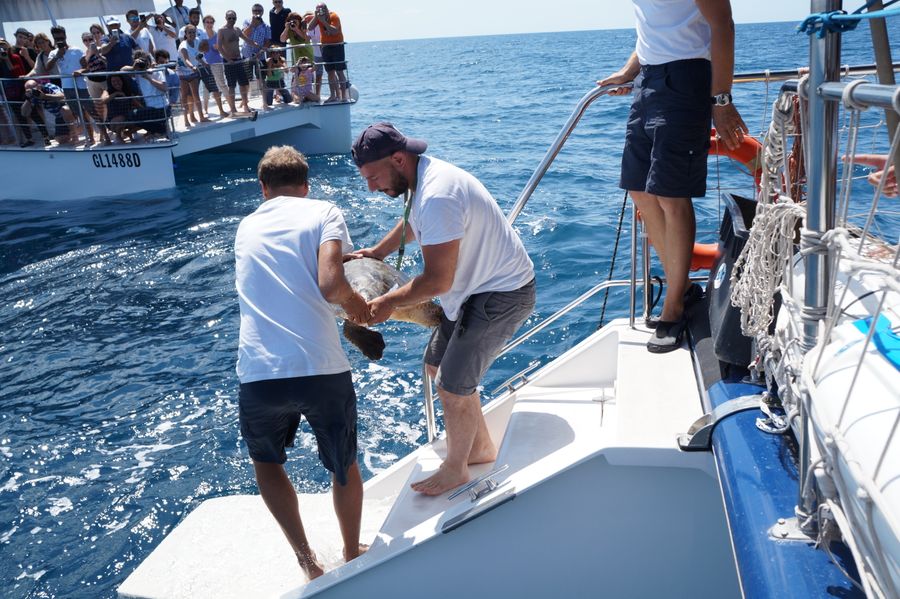 As one of the first brands to use 100% responsible gold mining in all of their creations, DoDo has made sustainability one of its core values. But not only that. Founded with a green mission, DoDo has always been committed to protecting the environment by supporting the wildlife and biodiversity conservation initiatives of some of the world’s most recognized environmental organizations. With this in mind, DoDo is today renewing its historic collaboration with WWF and taking the protection of an endangered species, the hawksbill sea turtles in the Mediterranean, to heart. The project offers concrete support for the WWF oasis in Policoro in Basilicata. 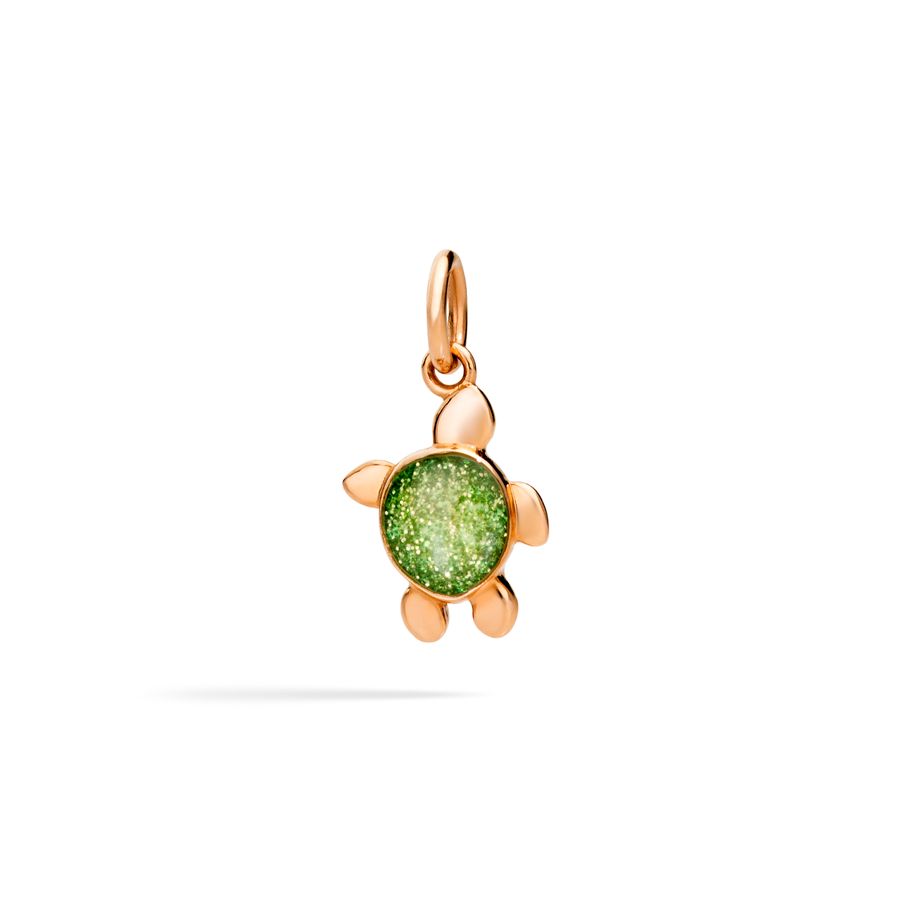 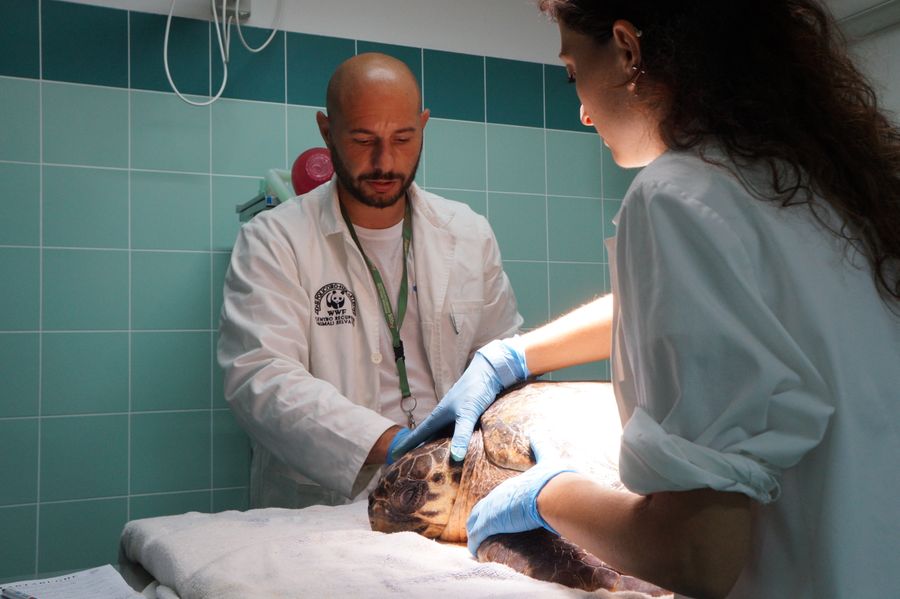 The hawksbill sea turtle, which is classified as “endangered” on the IUCN Red List, the most authoritative and objective classification system of endangered species, is by accidental fishing and intensive tourism associated with the deterioration of coastlines chosen for nesting and seriously threatened by the invasion of plastic in the seas. It is estimated that around 150,000 sea turtles are caught by fishing gear each year in the Mediterranean Sea alone, and over 40,000 of them die. A 10-year study of the hawksbill turtles showed that 35% of the specimens examined had ingested plastic litter, which, even in large quantities on beaches, can endanger nesting.

WWF’s rescue and first aid centres for sea turtles or those with whom it has an agreement are located in Policoro (MT), Molfetta (BA), Torre Guaceto (BR), Capo Rizzuto (KR) and Rovigo (RO). Over the past 3 years these centres have treated around 400 turtles per year, with a good percentage of the specimens treated, including through delicate operations, and then released. In 2020, an exceptional year, WWF Italy staff and volunteers intervened on 108 nests from which more than 5,000 small animals hatched and reached the sea. 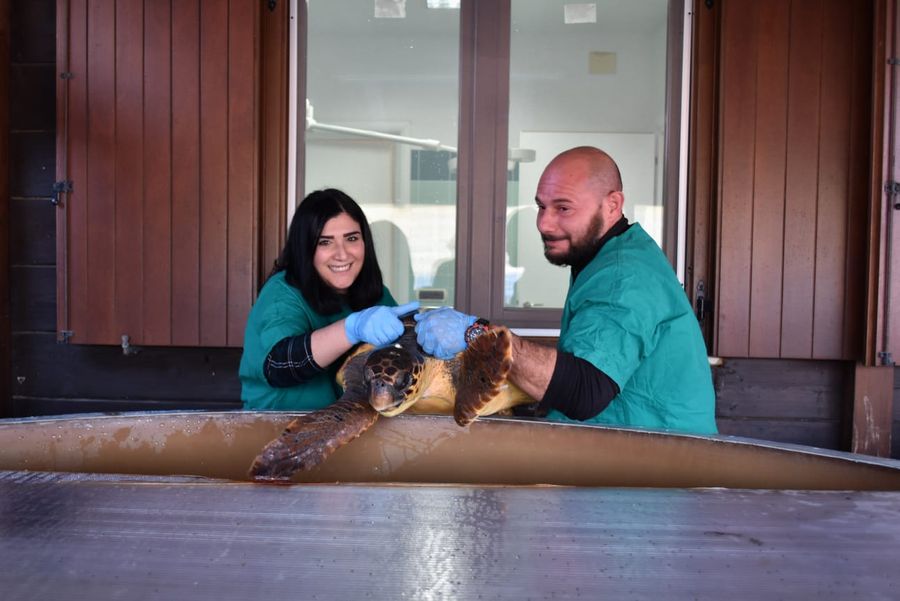 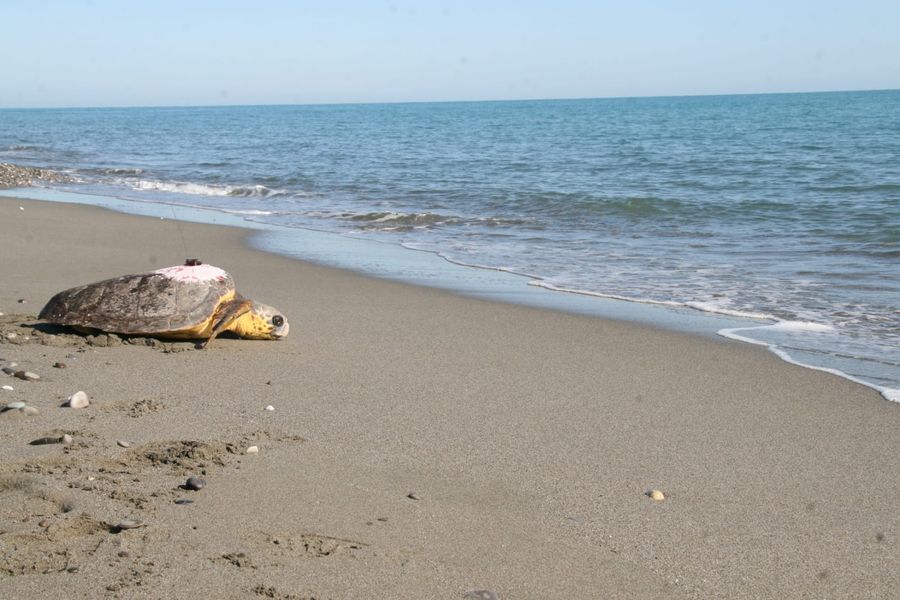 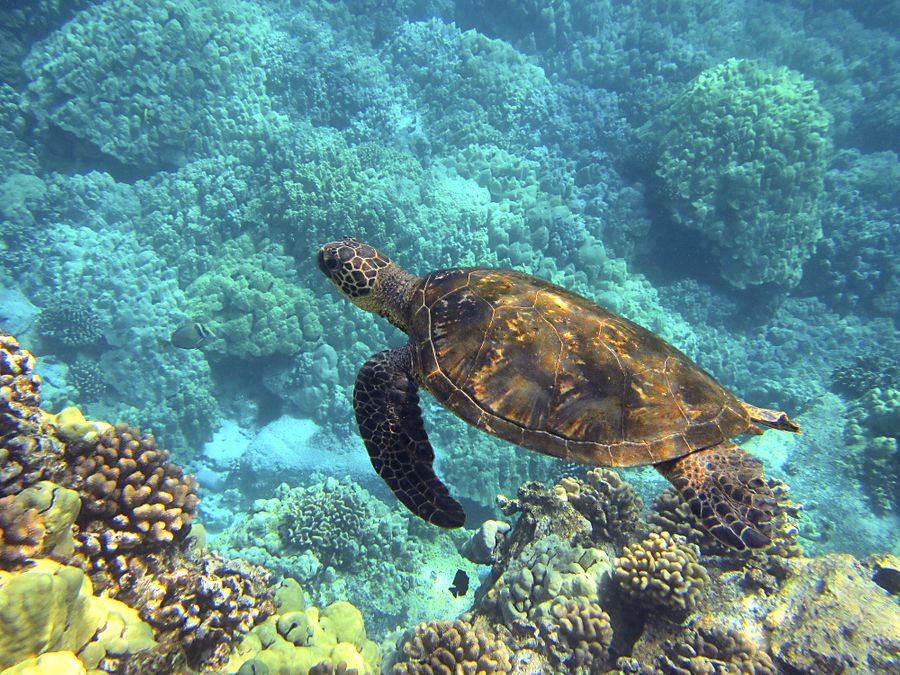 The WWF oasis in Policoro

The WWF oasis “BoscoPantano” in Policoro, one qualified Environmental education centre of the region and centre for the rescue of wild animals of the province as well as a national centre for the rescue of sea turtles, is an integral part of the last lowland forest in southern Italy due to its geographical location and its naturalistic and scientific importance. With its 21 hectares in the heart of the Oriented Regional Nature Reserve Bosco Pantano, the WWF Oasis includes a hostel, a centre for the rescue of wild animals and sea turtles and a multi-purpose visitor centre, which is completed by the natural history museum of the province and thus for a variety of services and activities in the old coastal flatland forest of Policoro.

DoDo and the WWF oasis in Policoro

Many injured, stranded turtles or victims of ingestion of plastic waste are admitted every year to the CRAS (Centro di Recupero Animali Selvatici – Center for the Rescue of Wildlife) of the WWF oasis in Policoro, where they receive the necessary care and then released back into the wild become. DoDo supports WWF’s work on the ground and promotes all of its activities: from monitoring the nests to buying medicines and surgical instruments for the animals, from monitoring the presence of hawksbill turtles along the Ionian coast to initiatives to raise awareness among professional fishermen, local institutions and the population for the problem of conservation of the species. Every year, hundreds of volunteers take part in the summer camp, in accordance with the guidelines of the Ministry of the Environment and with special approval of this Ministry, the constant monitoring of the nests and the activities for recreation and exploration of the Dedicated to turtles. Environmental education and didactics are a very important area for the centre, which aims to involve the new generations in initiatives that are dedicated to respecting nature. From holiday camps where classes and teachers are involved in exploring the environment through naturalistic outdoor and laboratory activities to guided tours or trekking where they can get to know and appreciate the Mediterranean environment better. 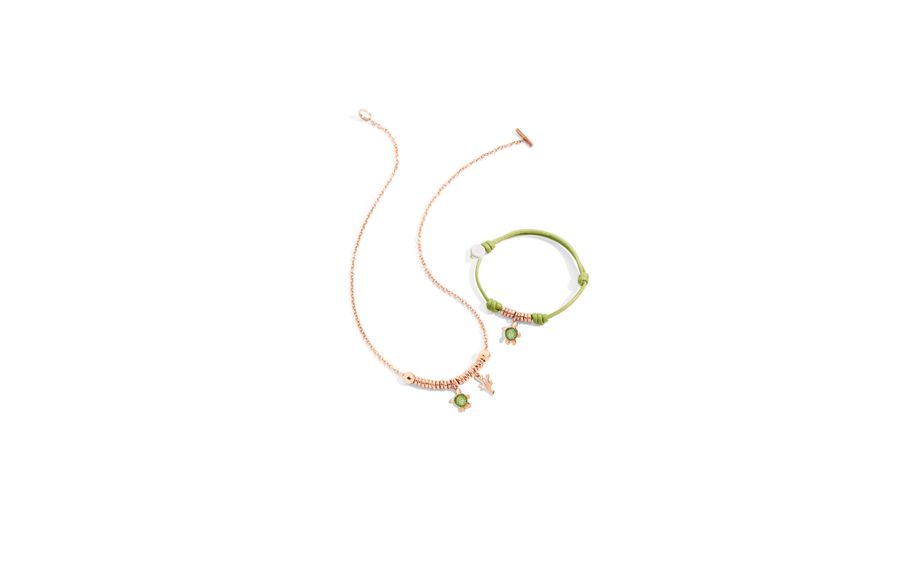 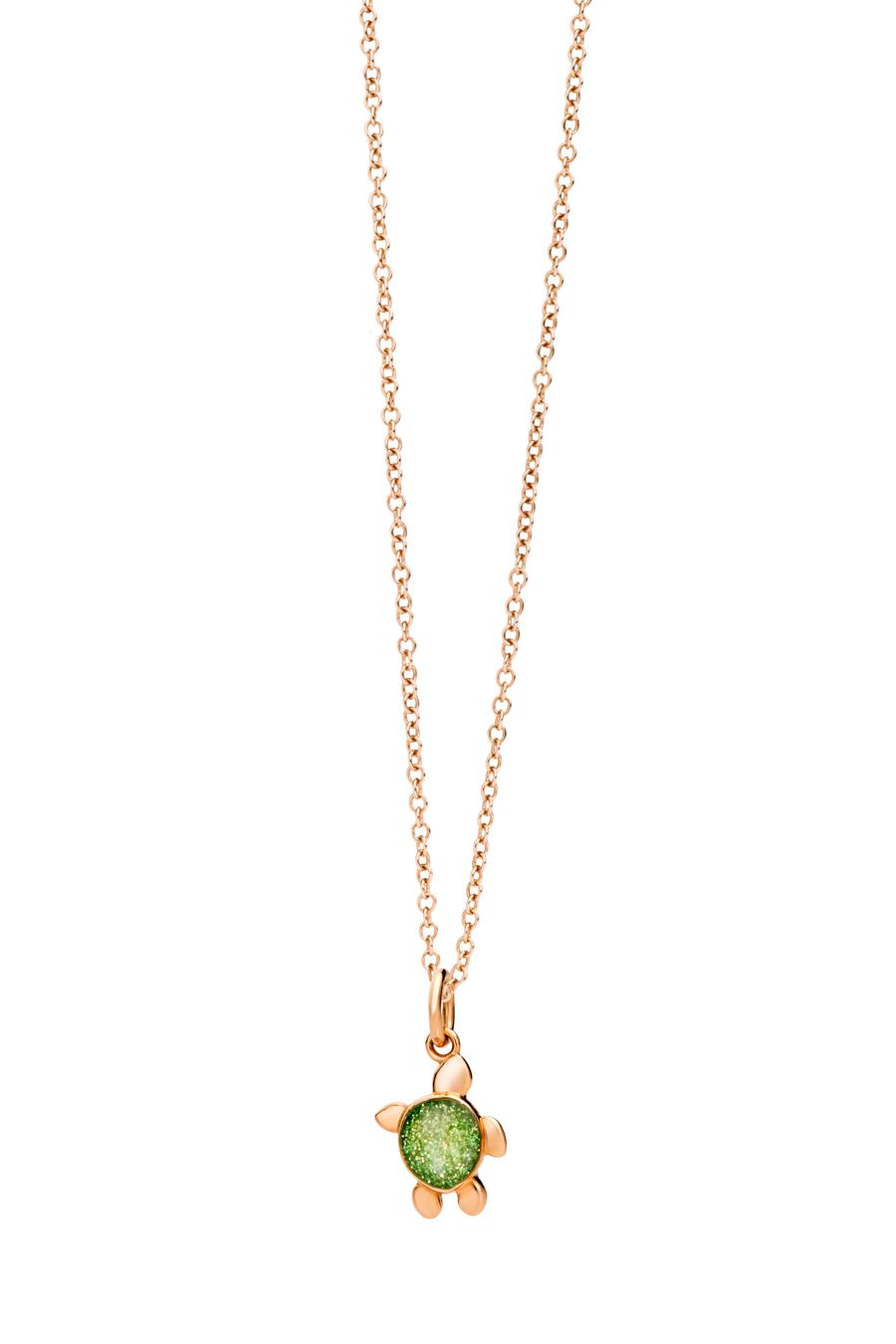 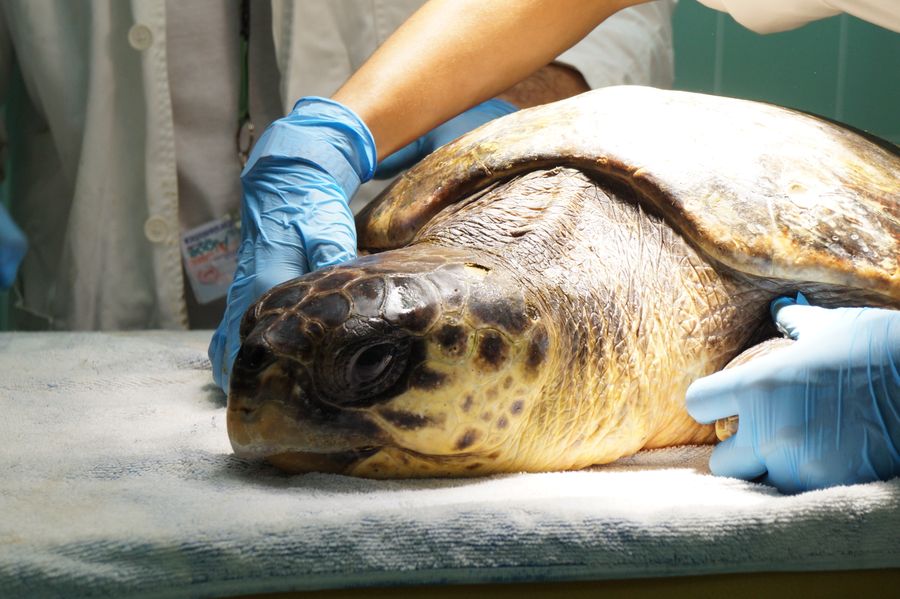 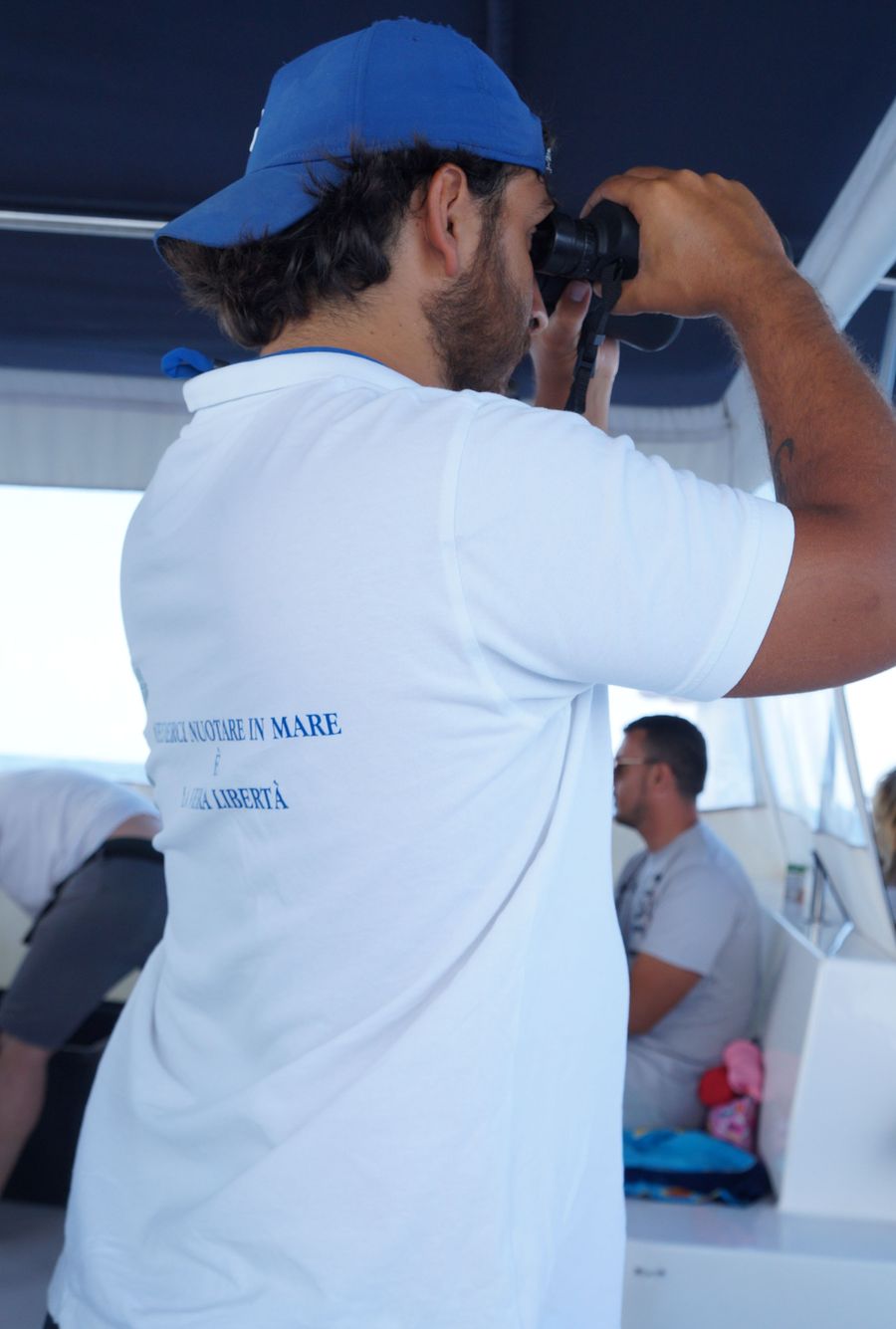 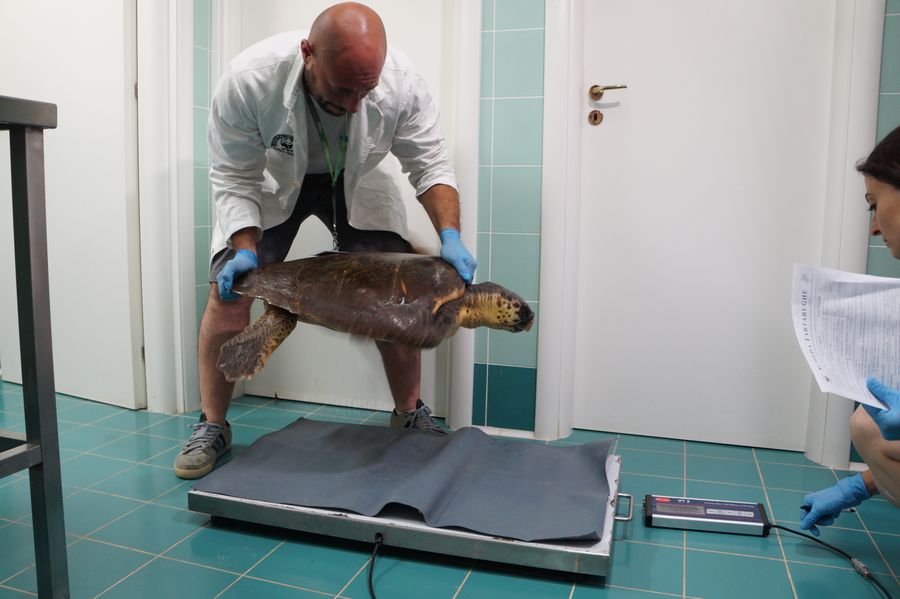 The turtle charm, a symbol of the cooperation with the WWF

The new limited edition turtle pendant made of rose gold with green glitter enamel and engraving on the back is the symbol of the initiative to support the hawksbill turtles in cooperation with the WWF. As the emblem of nature, the tender and precious turtle, which is associated with the WWF, like all DoDo supporters in animal form, renews a promise to always work for the protection of the environment and reminds us of all of our responsibility towards the planet. DoDo has always cast protective living beings in gold and its community

stimulated on environmental issues. The little golden turtle represents all of the fundamental actions that DoDo supports to protect the species and expresses a sincere commitment to “something that really matters”.

Sabina Belli, CEO of DoDo, says: “The protection of nature by renewing our cooperation with WWF Italy makes us proud. For DoDo, supporting the project for the conservation of hawksbill turtles means a return to its roots, which have long been anchored in values ​​such as sustainability and preservation of the environment. The wonders of nature, such as the wild animals, deserve concrete action, loving care and real devotion, and we are happy to be able to promote these in an Italian environment that is a haven for creatures to be protected.”

“Businesses play a key role in finding workable solutions to today’s environmental problems. The pillar of environmental sustainability must be strong with the other two pillars of sustainable development are integrated: the economic and the social dimension. The focus is on environmental compatibility, a circular economy and the commitment to the long-term pursuit of collective wellbeing. We are delighted that DoDo is once again at our side to support the sea turtle rescue centre in Policoro. Your contribution will help us continue the work that WWF volunteer workers do every day to protect and save this vital species, ”affirmed Alessandra Prampolini, Director General of WWF Italy.