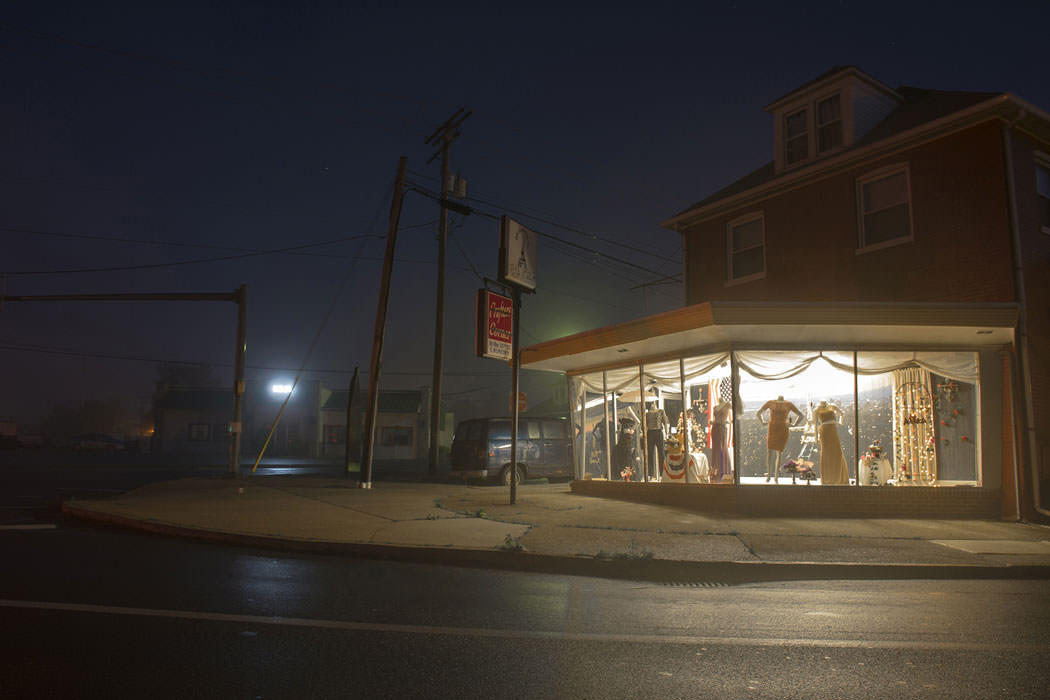 The night has it’s own visual rules, it’s own color wheel, and it’s own ethereal presence.  It is not a macabre world of a John Carpenter film. City lighting is meant to light up objects in much the same way you would light a still life or a stage set.  Coupled with the pink light emitted by the odd sodium vapor street lights, Easton becomes a silent city of lit stages, all in unreal color and shadow. Here the mundane becomes all the more special, building on the premise of Urban Landscape photography. This empty geometry, with its decades of formation, creates an unusual living lyricism.  The project is both addictive and cathartic, and what started as an exercise, became an interaction with the quiet shapes and exotic lights in this sometimes forgotten city.