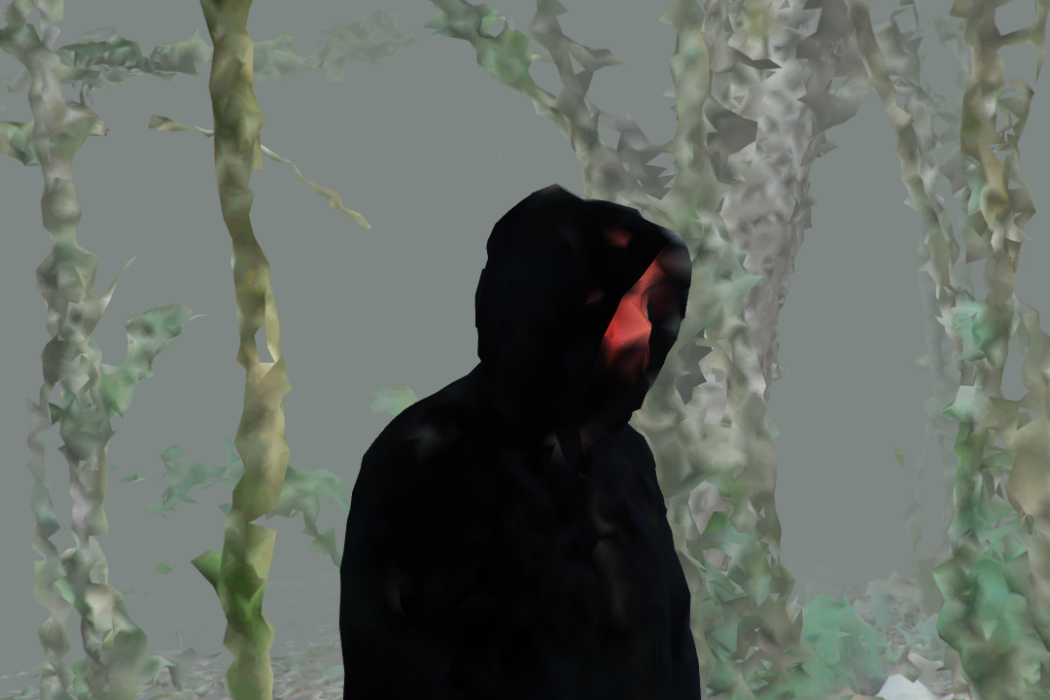 Shoeg is the visual and sound solo project of Carlos Martorell. An artist of multiple mediums, Carlos trained in classical formation and piano, eventually developing an interest in experimental and electronic music languages. Focusing on the symbiotic relationship between humans and technology, Carlos experiments with technology as a tool to manage the perception of reality and also as a political background.

As part of his latest project under the name Shoeg, Carlos created ‘Silicone’, which was presented at the end of the residency at Oudeis (Le Vigan / Ganges, France) promoted by Eufònic and Institut Ramon Llull. The whole work can be downloaded for free here. https://shoeg.itch.io/silicone

“Silicone is based on a simple idea: acquire data to develop a new reality from it. After latest political developments in Catalonia and its press treatment, I felt I could explore how to bend reality to own interest. Twisting facts and manipulating reality is like medicine: it works when you get the right dose at the right time. Nothing new. Managed outcomes brought us to this post-political world, but at the end of the day, this process is inherent to the human condition. We’ve seen this before in last USA election, Brexit, dictatorships, tulip mania, religious texts, cave paintings. Control of narrative is more important than narrative per se.”

“The process of environment acquisition lasted 3 days:
+ One day and a half of exploring surroundings and streets of Le Vigan to select interesting spots.
+ One afternoon scanning people at Le Vigan (Looots of thanks to the amazing people at Café des Chataigners!)
+ One day scanning streets and forest around Le Vigan. It involved a beautiful 3hr walk from Le Vigan to Avèze through the woods and following the path of little streams flowing into the Arre.” 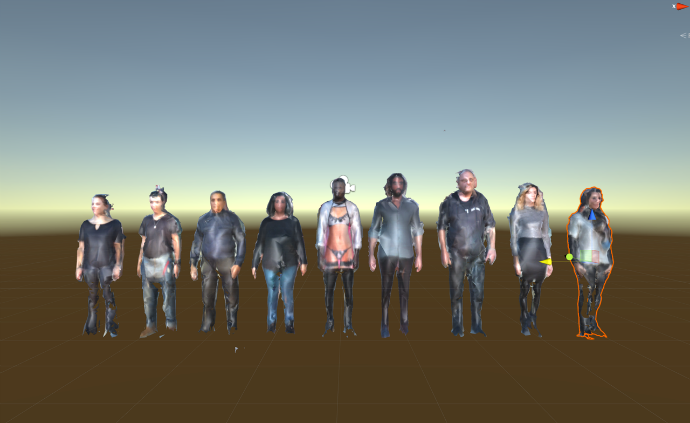 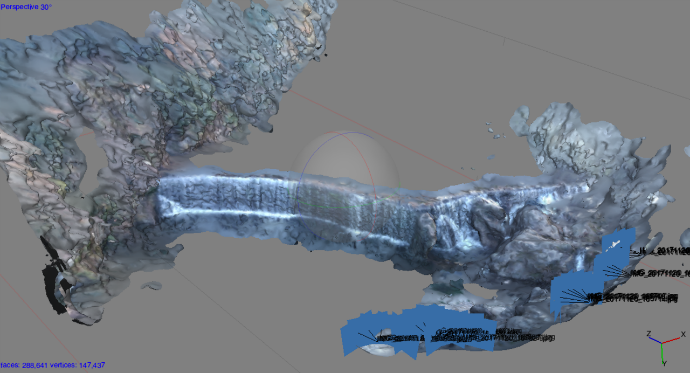 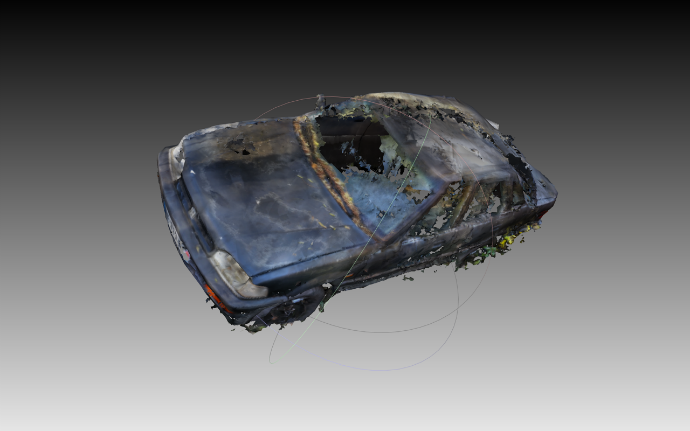 “After that, I set up a mini sound reactive engine in Unity with new and reused code from other pieces done before. The final oniric world is a limbo of uncanny ambiances with pre-2k game aesthetics where local people are glitched and deformed by sound in front of well-known spots for them. The live sound then built the emotional story. I took advantage of what ‘En Chantier’ (‘in process’) suggested, so I decided to embrace the scenes with emotional pads and oppressing MIDI textures just triggered by 2 myo sensors playing virtual synths, searching a bit the Clockwork Orange contrast with classical music opposed to violence sequences.”

Carlos is also one half of Ensemble Topogràfic, a collective settled in Barcelona building up their pieces intertwining movement and sound. “This project allowed me to work and experiment with devices enabling the movement to interact with sound in live sets. As Ensemble Topogràfic we also have released sound albums of our performances: Ensemble Topogràfic (Cydonia/Boira Discos, 2014) and Llac (Memory No. 36 Recordings, 2017), revolving around the naive use of our online avatar. I’ve also worked as a composer for dance companies: Rèplica (Laia Santanach, 2017 – with Toni Costa, as MTM) LO.LI.TA and El Octavo Día (La Taimada, 2016) and Spam (Núria Guiu, 2015).”