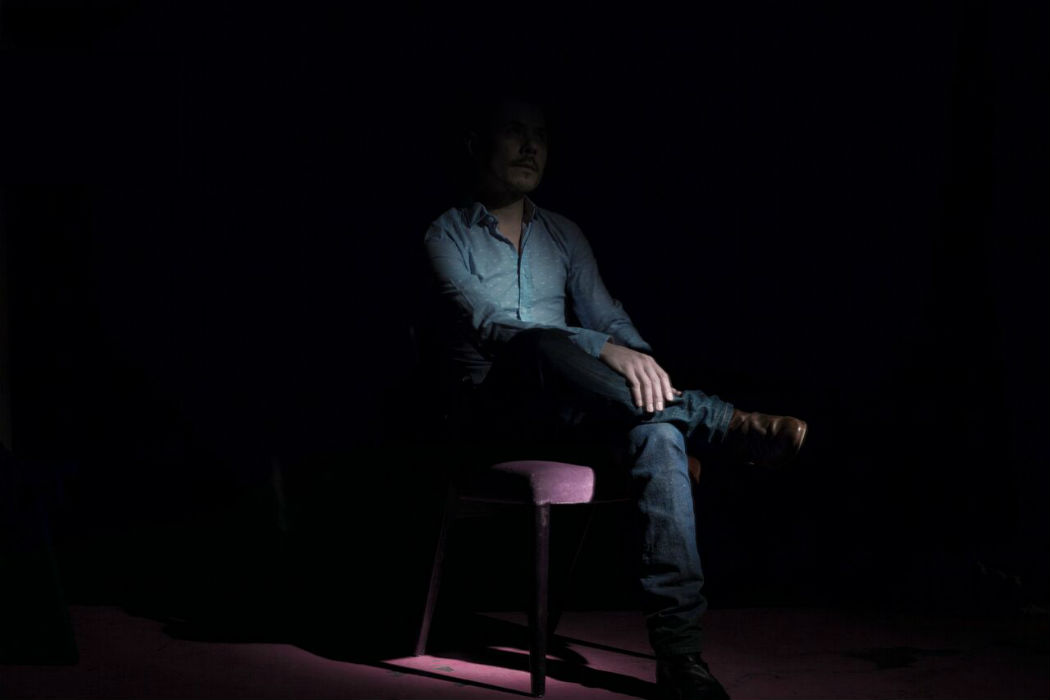 With his most recent album released after a decade, French darkwave artist Colder is a rare find amongst today’s overloaded music industry. The influential producer spiced up the coldwave and darkwave genres back in the early ‘00s with hits like “Crazy Love” and “To The Music”, as well as a remix with Depeche Mode. Colder, aka Marc Nguyen Tan, was catapulted into several tours and praise from fellow electronic artists such as Boards of Canada and LCD Soundsystem, to Massive Attack and New Order. KALTBLUT spoke to the Parisian producer and singer about his recent return to the musical spotlight.

KALTBLUT: How does it feel to release a new album after 10 years?

Colder: Well, frankly, time is not the point here I’d say. I’m happy that this record makes sense with what I was doing before, keeping a coherence, sticking to a certain line/dierction I’ve always been having in mind, since I started it while venturing in a slightly different musical – and more electronic territory.

KALTBLUT: Between your last album, ‘Heat’, and your newest, ‘Many Colours’, did you solely focus on music or continue other interests of yours?

Colder: A mix of both. I’ve never stopped recording and playing. Like most of the musicians do. Then when you record something, you do – or you don’t – have a wish to bring / or propose your work to an audience. This time, and after many years I did it because I thought this record was creatively interesting and also because I found an economical model which was allowing me to release it as well – which is also a very important point.

KALTBLUT: Did you pick up any major influences during this time? Musical or otherwise?

Colder: Yes of course, more than music itself, working with other musicians or technicians/engineers with whom I feel I have things in common, is always a great way to learn, share and sometimes compare visions and thoughts.

KALTBLUT: For a long time listener of your music, do you think they would find this album much different to the last? Do you feel as though your music as progressed and improved over time?

Colder: Yes, otherwise I wouldn’t have release that record if I had felt it was not – at least – on par with my previous work . So far, I see it as the album I’ve been wanting to release from the beginning, but back then, I feel I didn’t have the ability to push my music where it is now. And yes as I said before, it’s different, more focused and probably with less digressions.

KALTBLUT: Where have you found to be the best place to receive your music?

Colder: Everywhere where the music you play makes sense I would say ? It’s a question sometimes of luck, most of the time of peoples, moments … I prefer smaller venues to big festivals, even though I enjoy both on a personal level, but I have the feeling that the introspective nature of what I do with Colder, works better in confined spaces where people are less distracted.

KALTBLUT: Could you tell us a little about how you immersed yourself into music?

Colder: I don’t really know what you mean by ‘immersion” when it comes to music … my relationship with music has many sides. It can be hard and ungratifying work sometimes, but I’m still amazed that after so many years, i can still spend hours recording stuff or get excited by a new collaboration, a song, or by a new instrument like if I was 15. Every time one of this little moment happens – a lot of the time while listening to other people’s music as well – it feels like life is coming back.

KALTBLUT: In 2010 you released an album with Colder bandmate Guillaume under the name Scratoa!. Is this a project you would like to continue, or was it simply a one off experiment?

Colder: This was meant to be a one off. Guillaume now is working since a few years on his own project called “Ply” that he plays and record with the french musician Mathias Delplanque, a very talented french producer who lives in Nantes.

KALTBLUT: Are you working on any other side projects or collaborations at the moment?

Colder: I’m currently working with Craig Higgins aka Mutado Pintado, (Paranoid London) we will release an album next year on Ivan Smagghe’s label “les disques de la mort”. Probably sometimes around March. I will also record a session at Red Bull’s studios in Paris with Kasper Bjorke in April.

KALTBLUT: Could you tell us a little about your lead single to “Many Colours”?

Colder: Well it was actually the first song I recorded for that album and the one I used to set the whole direction of the record in terms of arrangements, sounds, synths modulations used, but also lyrics and place and overall tone of the vocals.

KALTBLUT: The last videos you’ve presented are lyric based, can we expect something more visual soon or are you purposely keeping them minimal?

Colder: “Turn your back” is indeed a lyrics video, so there’s no real narration – or narrative ambition behind it. It’s pretty much an animated version of the main artwork of the album, playing on one hand with some colorful elements and one the other, with a darker and deeper vibe. And yes the rest of the videos, are lyrics videos. I had a great time shooting them and I feel they somehow complement well the hypnotic or repetitive nature of my music. This said, I’d love to find a director with whom I could work on something more narrative, but I’d like to find an outsider, someone with a different vision and unorthodox workflows …

KALTBLUT: Is this a prime example of what type of vibe we can expect on the album?

Colder: Well the album is out now – since the 6th of November – so i’ll let yourself listen to it and make your own opinion about it!

KALTBLUT: How does it feel moving away from Output?

Colder: It feels that it happened a very long time ago! Almost in another life, so it’s – luckily – not really a concern to me anymore.

KALTBLUT: Which track are you most excited to present?

Colder: I’m excited by the album as a whole, and i’m especially excited by the creative perspectives it’s opening to me. Every time I listen to it, new ideas come to my mind about where I’d like to go and what I’d like to do on a following record.

KALTBLUT: Where are you based at the moment? Have you relocated many times over the past few years? What have you picked up on the way?

Colder: I live in Barcelona at the moment. I’ve been living here for a couple of years, but spent a toal of eight years in Spain. I learnt Spanish but also learnt to love the Spanish and Latin American culture in general. I really enjoy my life in Spain up to the point it would be difficult to go back to France today.

KALTBLUT: Are you touring this year?

KALTBLUT: Do you see another album in 10 years?

Many Colours is out now on Bataille