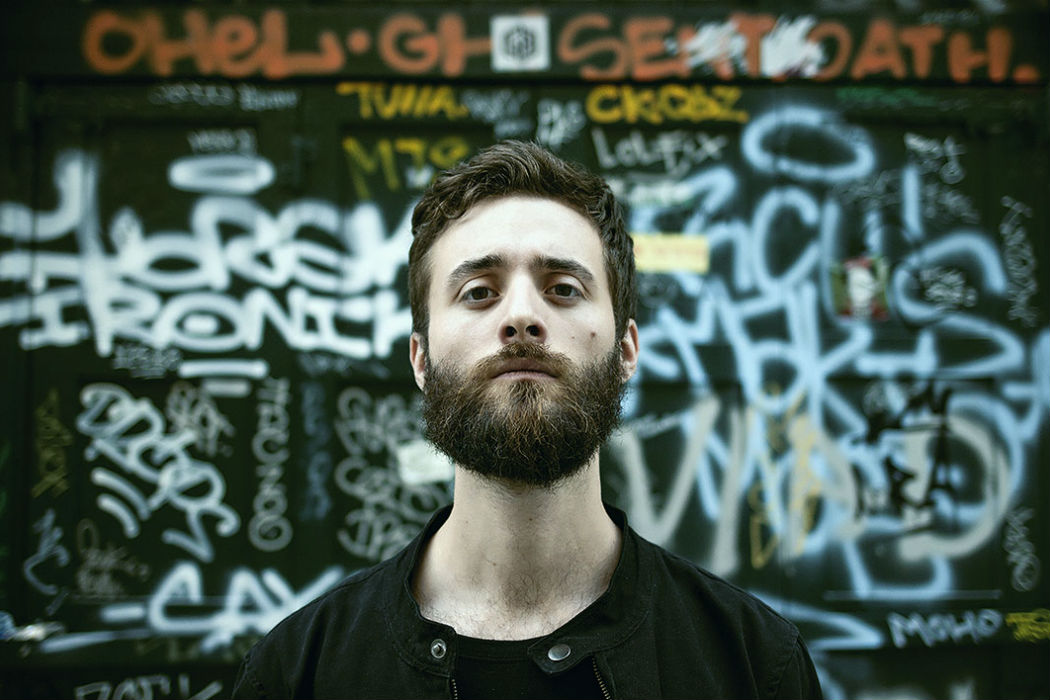 Constantine Skourlis is an Athenian composer, whose music stands between the heaviness of metallic drone and the graceful otherworldly beauty of classical minimalism. His latest record ‘Hades’ comes after Constantine’s collaborative album with pianist Christos Sakellaridis as the ambient duo Ekkert. Alongside his solo career, Constantine has worked on numerous music and sound projects for contemporary dance, most recently UNCIA, which premiered at Sophiesaele in Berlin this April and continues its tour at Dansehallerne Denmark – featuring music from ‘Hades’ (out now via Bedouin Records).

“The idea for the project was initially conceived while I was living in a remote island called Teledos, for a year and a half, spending most of my time on foley recording excursions, particularly in the nearby islands of Kalymnos and Lesbos. During an early trip, we descended deep down a fifteen meter half broken, rusted ladder, and an intense feeling of stillness and emptiness rushed through me. Reaching the bottom, I realized we were in a really ancient place, untouched by time. I imagined how the Ancient Greeks must have felt as they encountered their version of the Underworld, Hades. Lesbos is known for its huge storms during the winter, and I spent many days recording them. These two conditions––recording from inside the cave, and storms––represented two extremes in the most organic way.

A year after my time on the island, Lesbos became an arrival point for refugees. The recordings took on a new meaning, serving as a constant driving force and somber reminder of the reality of life on Lesbos now, of all the innocent lives being lost in the biggest humanitarian crisis in recent memory.

During my recording and production process, I used these recordings as a philosophical and literal guide for the compositions. In all, the recording process and production of the album consisted largely of grand piano, strings, old tube radios, live drumming,orchestral percussion all fed through custom effect chains and analogue guitar amps.My collaborator and friend SPR who is a prominent figure in the experimental scene of Hamburg, Germany was a key figure in terms of additional production on Emptiness & Erebus. He is a master of the modular synth. I also collaborated with various musicians – from drummers to classically trained violinists and cello players.”

Hades is out now via Bedouin Records