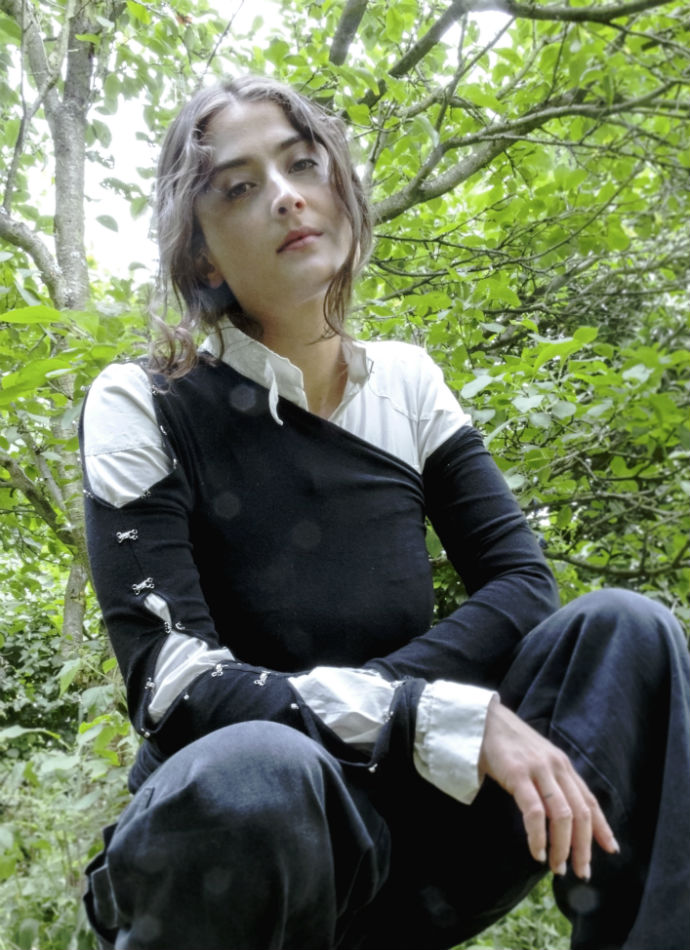 Berlin-based events organisers and label Creamcake announce their latest online release, Iku’s Body Horror EP (released August 3) with lead single “À Tes Yeux” out July 19. The Frankfurt-based musician and visual artist dropped her first album Fugue: Some Temporal Patterns Other Than the Forward March on Prague’s Genot Center last year. Also known as Johanna Odersky, Iku’s music production complements the Städelschule student’s sculptural work, exploring the silhouettes separating internal and external worlds and the mechanisms of inclusion, exclusion and domestication they reveal. Seeing the material and the immaterial as being entangled, her interest in how forms structure and give meaning to physical space is also reflected sonically.

In Body Horror, Iku uses associative sampling, often densely layered and interwoven as a play between clarity and blurriness. “À Tes Yeux”, in particular, carries on this gentle metaphor of vision and visibility with a title that translates to “To Your Eyes”. Its French lyrics are foregrounded in a mix of half-articulated piano progressions and an incomplete guitar sample that swirls suspended in a milieu of synth elements set adrift. Going back and forth between clear and failing perception, Iku’s music reflects the delicate line between the familiar and the uncanny.

Creamcake is an open and queer platform that exists at the blurred lines between music, technology, and art. Founded by Daniela Seitz and Anja Weigl, the sound and art collective has been organizing regular concerts, performances, exhibitions, panels, workshops and digital projects since 2011. Creamcake doesn’t have a definitive structure, it has a fluid mentality that is in a state of constant evolution. It works in cooperation with a number of community spaces and institutions, including Akademie der Künste, Berghain, HAU Hebbel am Ufer, KW Institute for Contemporary Art, OHM, Südblock, Schwuz, and Vierte Welt, among others. A year after establishing 3hd Festival in Berlin in 2015, Creamcake co-founded music and arts festival インフラINFRA in Tokyo.