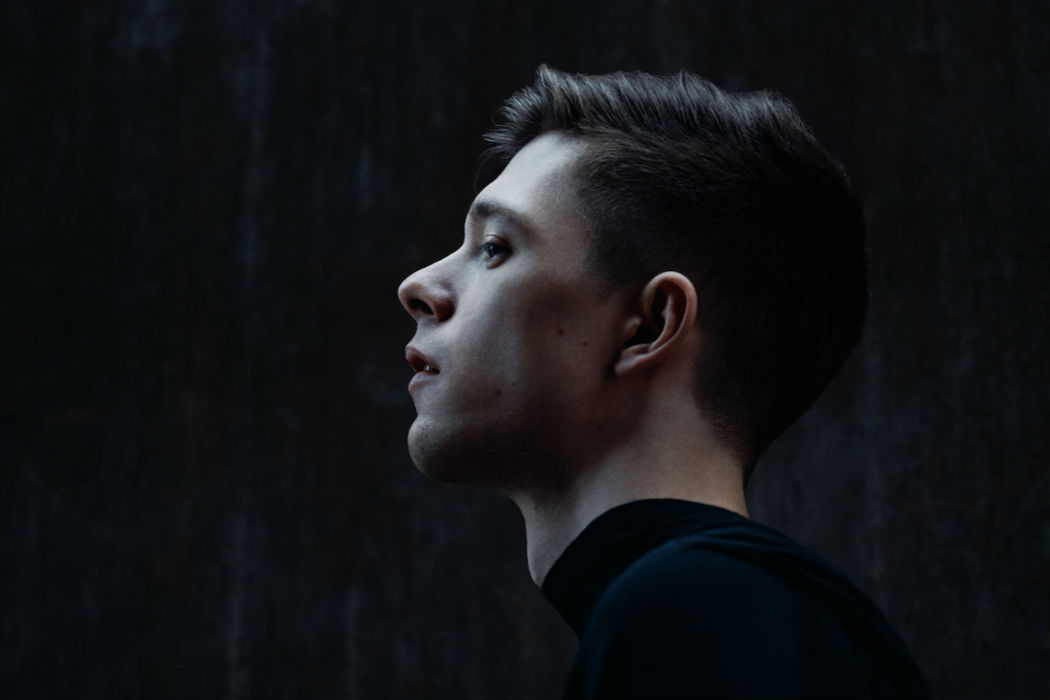 Intertwine is the musical brainchild of Norwegian artist and architect Tarjei Zakarias Ekelund. His debut album “Goraikoo” is an introverted and personal record, about loneliness and longing. Not the result of a strong vision, but rather a collection of fumbling footprints, particularly those that were taken during his time spent studying and living in Tokyo. Located somewhere between pop and ambient, the record’s floating soundscape was recorded, mixed and produced by Tarjei in collaboration with band members Aleksander Berg and Ruben Nesse. KALTBLUT spoke to Tarjei about his time spent in Tokyo and the production of his debut album.

KALTBLUT: Do you think there are similarities between Japanese and Norwegian cultures?

Tarjei: Not really. At least for me, the differences are much easier to spot. Norwegians are individualistic, loud and a tad impolite. The Japanese are more group oriented and extremely polite.

KALTBLUT: Does your music largely have a connection with Japanese culture? Or is there a different hidden meaning?

Tarjei: Yes and no. My music relate to Japan lyrically. I wrote many of the songs for Goraikoo, my debut album, while staying in Tokyo. Still, the lyrics are not so much about Japan as they are about me, and what I was going through. The musical expression is probably much more Scandinavian than Japanese.

KALTBLUT: Does each track reference to different encounters whilst you were there?

Tarjei: Some do. Then again, much of it is introspective. Personal reflections on feeling distanced.

KALTBLUT: The title of your debut album is also an old Japanese phrase, what does this term mean to you?

Tarjei: “Goraikoo” means sunrise, specifically the one seen form the top of Mt. Fuji. I climbed to the top to see this sunrise and it was intense and beautiful. After that trip, things got easier for me. I started to enjoy Japan. So to me that long walk up the side of the mountain in complete darkness became a metaphor for my time in Japan. When I got to the top, to the sunrise, it was all worth it.

KALTBLUT: Are there any Norwegian phrases that you think are similar? Or a phrase that has a special meaning to you?

Tarjei: Not really. Norwegian and Japanese are two extremely different languages. Not only in terms of the words, but also the syntax!

KALTBLUT: Was the album produced in Tokyo also?

Tarjei: I lived in a small dormitory with extremely thin walls (I could hear my neighbour sleep), so I wasn’t really able to do a lot of production work there. I think the setting influenced the sound of the record, though. It’s a very quiet record. But most of the production was done in Norway, after I moved back.

KALTBLUT: Do you think the environment in which you are in greatly effects your musical process?

Tarjei: When I make music, I don’t think about the environment at all. I’m in a state of flow, and I just do whatever feels right. But when I listen to my music in retrospective, I hear how the environment has colored the music. The place, the season, the weather…

KALTBLUT: Where else could you see yourself travelling to which would have a similar or lasting effect as Japan had on you?

Tarjei: Believe it or not, but I could see my self travelling around in Norway! It’s such a beautiful country, but I’ve never really spent time discovering it.

KALTBLUT: With so many textures and layers, do you find it difficult to get your music across just how you want it during a live show?

Tarjei: Yes! It’s extremely challenging and requires a lot of planning. I play most of the instruments on the record, but when I play live I bring a bass player and a drummer, and sometimes a second trumpeteer. That really adds to the experience, I think. It gives the music a new dimension. I sing, play the keyboard and the trumpet, and control the electronics, so even though the music is essentially electronic, there’s a lot going on that is live.

KALTBLUT: Do you have any new projects coming up soon?

Tarjei: I just released my debut album, but I make music as always, and hopefully I’ll be able to release more soon.

Tarjei: We’re doing three concerts in Norway to celebrate the release. It’s difficult to fit a large tour within my work schedule, but you never know… I would very much like to travel the world with my music.

Goraikoo is out now on Brilliance Records