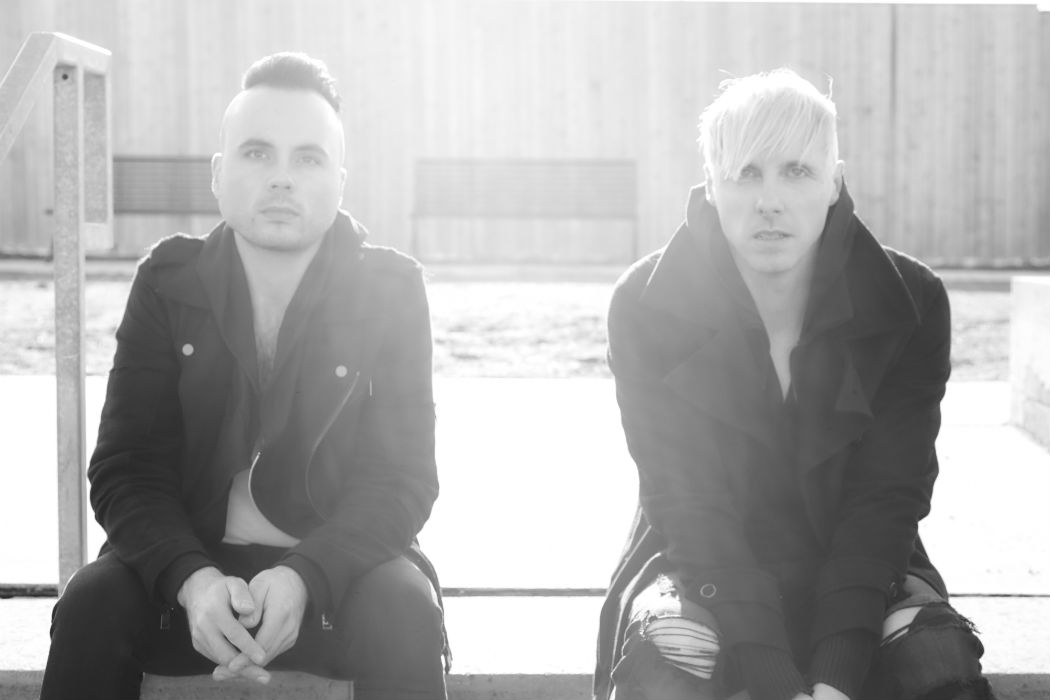 Traitrs are a Toronto-based band comprised of long-term friends Sean-Patrick Nolan and Shawn Tucker. Primarily starting as a recording project, they rapidly amassed a collection of demos that caught the attention of Toronto producer Josh Korody (Dilly Dally, Beliefs, Moon King, Fucked Up), and began working with him during sessions at his Candle Studios in January of 2016. With Korody’s guidance the band set about expanding their sound, adding textural depth to their arrangements and weight to their rhythm section, transforming their stripped-down home recordings into a collection of propulsive, goth-influenced post-punk. After an overload of 70s occult and 80s slasher movies, during a time when Tucker became unexpectedly bed-ridden for several weeks, the influences of sacrifices, witchcraft, death and mid-century religion left their blackened imprint all over the lyrics of ‘Rites & Ritual’. Cross your heart and hit play for the new EP from Traitrs.

The EP’s first single “Witch Trials” reflects the development that occurred during their time at Candle, and according to Nolan was among the first songs they worked on together and one that set the tone for project. “We always had an idea of how we wanted Traitrs to sound and ‘Witch Trials’ was the first song we wrote that met our expectations,” he says. “We recorded it at Candle with Josh Korody and the whole thing has been one of the best experiences we’ve had. The vibe at the studio is amazing and Josh truly is one of the best producers in the city. He’s able to pick up on nuances and textures before we hear them and he knows exactly what a track calls for, it could be the tiniest thing but it makes a world of difference to a song and brings it to its full potential.”

‘Rites & Ritual’ will be out June 24th via Pleasance Records, you can pre-order it here