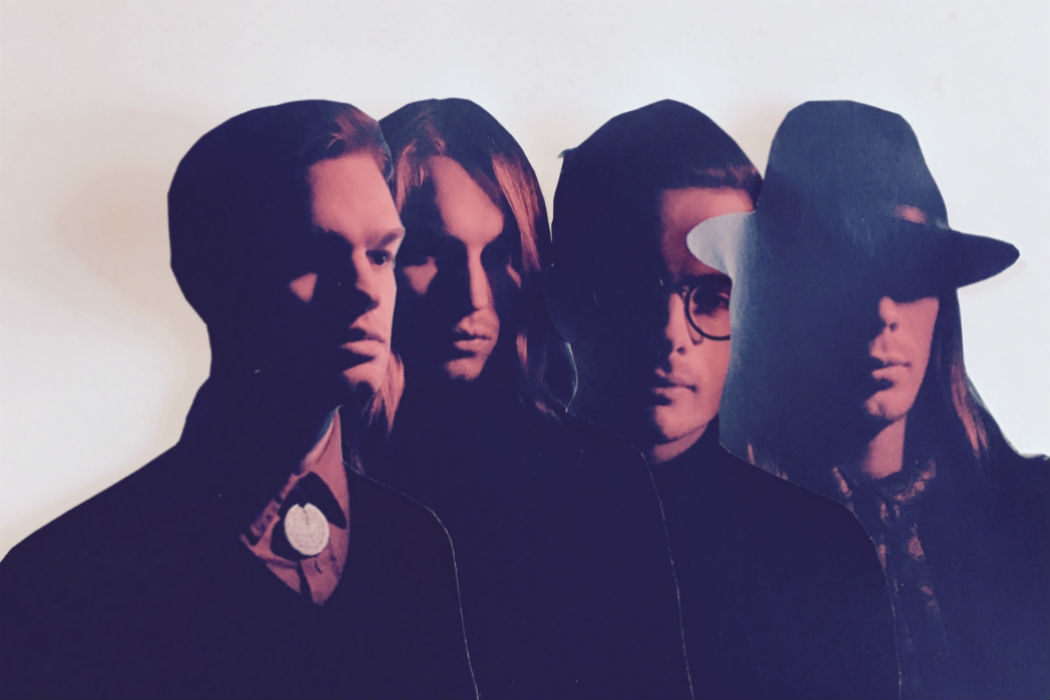 Escape to Ruby Wonderland: An interview with Ruby Empress

Swedish newcomers Ruby Empress are agnostics. Searching still, and always will, for the groove that laid ground once for what they cherish today. They love the glittering eyes and easy dancing bodies on the floor at concerts but there’s also reflection, a minor chord that is the northern blood pumping, the blues that you can’t escape. We caught up with Tom and Axel, one half of Ruby Empress, just after the release of their debut single ‘Deluca’.

KALTBLUT: So tell us about yourselves a little, how did you guys meet and start Ruby Empress?
Tom: Axel and I met seven years ago in the school ensemble. We were playing some Hendrix songs and Axel was annoyed by my sloppy bass-playing, but we soon became friends anyway since we both liked disco music. Soon after (when we were about sixteen) Gustav and Melker joined and we started a band, made a record and played lots of 70’s disco funk from Gothenburg’s bay area to the 21 arrondissement of Paris.

KALTBLUT: Who were some of your most influential artists / producers during this time?
Tom & Axel: We were and (are still) very curious and eager to explore different avenues and alternative ways to sound. Back then we were much into the french electronic scene with Phoenix, Breakbot and Ratatat to name a few, but also lots of older stuff from Motown, George Duke and Quincy Jones who Axel’s dog is named after.

KALTBLUT: Tell us about your debut single ’Deluca’
Tom & Axel: The song came about one early morning last summer when we were fooling around with some acoustic guitars, not to serious… Then we brought it into the Wonderland and the rough sketch turned into a beautifully twisted technicolour dream.

KALTBLUT: What is Ruby Wonderland? And why should we take the red pill!?
Tom & Axel: That’s our escape, the Ruby Empress Empire, the crazy beautiful parallel world we live in every day, night and morning. It’s the place where you find poetry and art inspired by new and old ideas. There’s nature, colours of all kind, strangeness, scary stuff too. The red pill is the transporting mechanism to take you there. The red pill is just a name of the key that opens the door. The key is different for each person. It’s just a name for the shuttle.

KALTBLUT: What is next for you guys?
Tom & Axel: Next up we’re going to South America, France, Germany, Norway, UK, USA and Korea. I don’t know in which order or when exactly. We’ll release more songs in August/September. The energy level is high at the moment so we’re planning on making some more films and mixtapes. The process of releasing a diary of some sort on our YT channel is also coming together, we will post a few every month for everyone to follow.

KALTBLUT: What is your perfect summer setting?
Tom & Axel: A sunny one, in Biarritz perhaps.

KALTBLUT: And your most summery songs to accompany it?
Tom & Axel: Summer is not a certain song or songs. We come from a country of seasons and seasons within seasons. Snow can fall down on your head in summer if you’re not careful, so there are only songs for moments, not for seasons. I just listened to (Perfume with Sparks/Pumpkin with Starlight Mints) for example. California sunrise by Dirty Gold though… summery vibes.

KALTBLUT: What will be the ultimate accomplishment for you by the end of the year?
Tom & Axel: To survive it!